What Comes After Moscow’s Crackdown?

Plus: Beijing speaks on Hong Kong, Iran could breach the nuclear deal—again, and the other stories we’re following today.

A day after the most violent police response to a demonstration in years, Russian opposition politicians called on supporters to keep holding street protests in Moscow. Authorities detained  almost 1,400 people in the crackdown on Saturday—the largest number in a decade—and shut down parts of downtown Moscow. Videos of riot police using rough tactics to detain protesters have sparked an outcry online.

The ongoing protests are a response to the electoral authorities’ refusal to register independent candidates for the Moscow city council elections in September. The political body holds little real power, but the forceful response to the protests risks turning a local issue over representation into larger discontent with authorities and the ruling party ahead of parliamentary elections in 2021.

Organizers hope that the crackdown will galvanize more Moscow residents to support the protest movement on August 3, but it remains unclear whether that will be the case. Russian President Vladimir Putin has not commented on the protests, but the authorities appear to be very worried about the growing public anger.

Will more protesters turn out? It’s not yet clear. Saturday’s rally was actually smaller than the one held the week before, which drew 20,000 in central Moscow. The authorities could respond by offering concessions or a more forceful reaction intended to scare off supporters on the sidelines from joining future demonstrations. Some opposition candidates remain in detention.

What about Alexei Navalny? The opposition leader Alexei Navalny, who is serving a 30-day sentence for calling Saturday’s protest, was hospitalized on Sunday for an acute allergic reaction. A doctor who has treated Navalny before said that he could have been poisoned by an “unknown chemical substance.”

Violence continues in Hong Kong as Beijing issues statement. Clashes between protesters and police continued on Sunday in Hong Kong—the third consecutive day of anti-government demonstrations in the city. The violence has become a pattern: Anti-government activists expanded Sunday’s peaceful march beyond the permitted area after the violent dispersal of Saturday’s crowds in Yuen Long, where commuters were attacked by a mob the week before. The protests have increasingly zeroed in on the mainland: On Sunday, riot police stopped protesters from marching on China’s Liaison Office in the city.

Meanwhile the Chinese government’s Hong Kong and Macau Affairs Office held a much-anticipated press conference—its first since the 1997 handover—on Monday afternoon local time. Some observers feared a harsh statement after the Chinese government mouthpiece People’s Daily called for police to take “all necessary steps” to end the city’s unrest. Beijing’s representatives made a fairly anodyne statement, offering “resolute” support for Chief Executive Carrie Lam, reiterating a commitment the “One Country, Two Systems” framework, and praising police (who have been criticized locally for brutality). “The rule of law is what Hongkongers are proud of. Violence is violence; unlawful acts are unlawful,” the officials said. They also acknowledged the frustrations of young Hong Kongers, and pledged that the government would “find ways to push for economic development and solve grievances of youngsters on quality of life and career prospects.”

Iran to accelerate nuclear deal breach. Iran could soon restart activities at its heavy water nuclear reactor, in yet another violation of the 2015 nuclear deal. On Sunday, the remaining parties to the agreement met in Vienna. They have not yet reached a solution to shield trade with Iran from U.S. sanctions. They also haven’t stopped Iran from reducing its commitments under the deal. “The atmosphere was constructive. Discussions were good,” said Iran’s senior negotiator after the meeting. “I cannot say that we resolved everything.”

Ashraf Ghani launches re-election campaign. Afghan President Ashraf Ghani has launched his campaign for re-election in September—one he is widely expected to win. Ghani is running on promises to bring an end to the country’s violence and begin peace talks with the Taliban. The challenge was clear on Sunday as a bombing in Kabul injured Ghani’s running mate. Later, the Taliban rejected the idea of direct talks with the Afghan government—contradicting an official’s statement that such a meeting would happen in the coming weeks.

Nigeria bans Shiite group. Nigeria’s government has labeled a local Shiite Muslim group a terrorist organization after protests in Abuja, the country’s capital. The Islamic Movement of Nigeria is demanding the release of its leader, Ibrahim Zakzaky, who has been detained since 2015. A court will rule on his bail application today. Nigerian authorities have so far responded with violence: At least 20 protesters from the group have been killed over the last week.

This week marks the second round of the U.S. Democratic presidential debates, with 20 candidates taking the stage on Tuesday and Wednesday in Detroit. The large field is expected to narrow considerably before the next debate in September.

Puerto Rican Governor Ricardo Rosselló is set to step down officially on Friday. There’s already a hitch with Justice Secretary Wanda Vázquez Garced, whom Rosselló has tapped to finish his term: She doesn’t want to take the job. That creates a complicated scenario. The U.S. territory’s secretary of state, who would have been next in line, has also resigned amid the ongoing political crisis.

LGBT rights in Poland. Thousands of protesters turned out for rallies against violence in Poland over the weekend, where last week a far-right mob attacked the first LGBT pride parade in the city of Bialystok. The ruling party’s anti-LGBT rhetoric has grown more intense in recent months, and towns have followed suit: More than 30 have passed “LGBT-free” laws. The issue could be significant in the country’s parliamentary elections, set to take place in the fall.

Taiwan’s opposition party. Kaohsiung Mayor Han Kuo-yu was nominated as the presidential candidate for Taiwan’s main opposition party, Kuomintang, on Sunday. Han, who is pro-Beijing, will go up against incumbent President Tsai Ing-wen in January. His unlikely rise has been facilitated by mainland-based cyber operatives, as Paul Huang reported for FP in June.

An indigenous reserve in Brazil. A group of gold miners took over an indigenous village and a community leader was killed in a remote Amazon reserve in Brazil over the weekend. Local politicians have blamed President Jair Bolsonaro’s rhetoric for the incursion on Waiapi land—the first in decades. Bolsonaro has promised to open Brazil’s protected reserves to mining.

India’s looming political disaster. The Bharatiya Janata Party, led by Prime Minister Narendra Modi, returned to power for a second term in India last month. While the party has a strong electoral mandate, its Hindu nationalist ideology is largely out of step with economic or social common sense, Sumit Ganguly and Jai Shankar Prasad argue in FP.

Police have detained more than 380 Chinese people in Vietnam, accusing them of running the country’s largest illegal online gambling operation. Gambling is illegal in most cases in Vietnam, where authorities have recently cracked down on gambling apps.

Over the weekend Egan Bernal became the first cyclist from Colombia to win the Tour de France, cementing his victory on Sunday. Supporters flooded the central square in his hometown, Zipaquirá. At 22 years old, Bernal also the youngest winner in 110 years.

In FP’s column The View From There, foreign correspondents in Washington talk about what’s making news in their home countries. This week, Amy Mackinnon interviews Ani Chkhikvadze, a Georgian journalist, about her country’s recent political crisis and why you can’t trust Moscow.

“No political force in Georgia can be pro-Russian and win elections,” Chkhikvadze says. “[T]hese demonstrations show that the majority of the population is in favor of a pro-European path because they want more freedoms and more opportunities, which Russia doesn’t represent for them.” 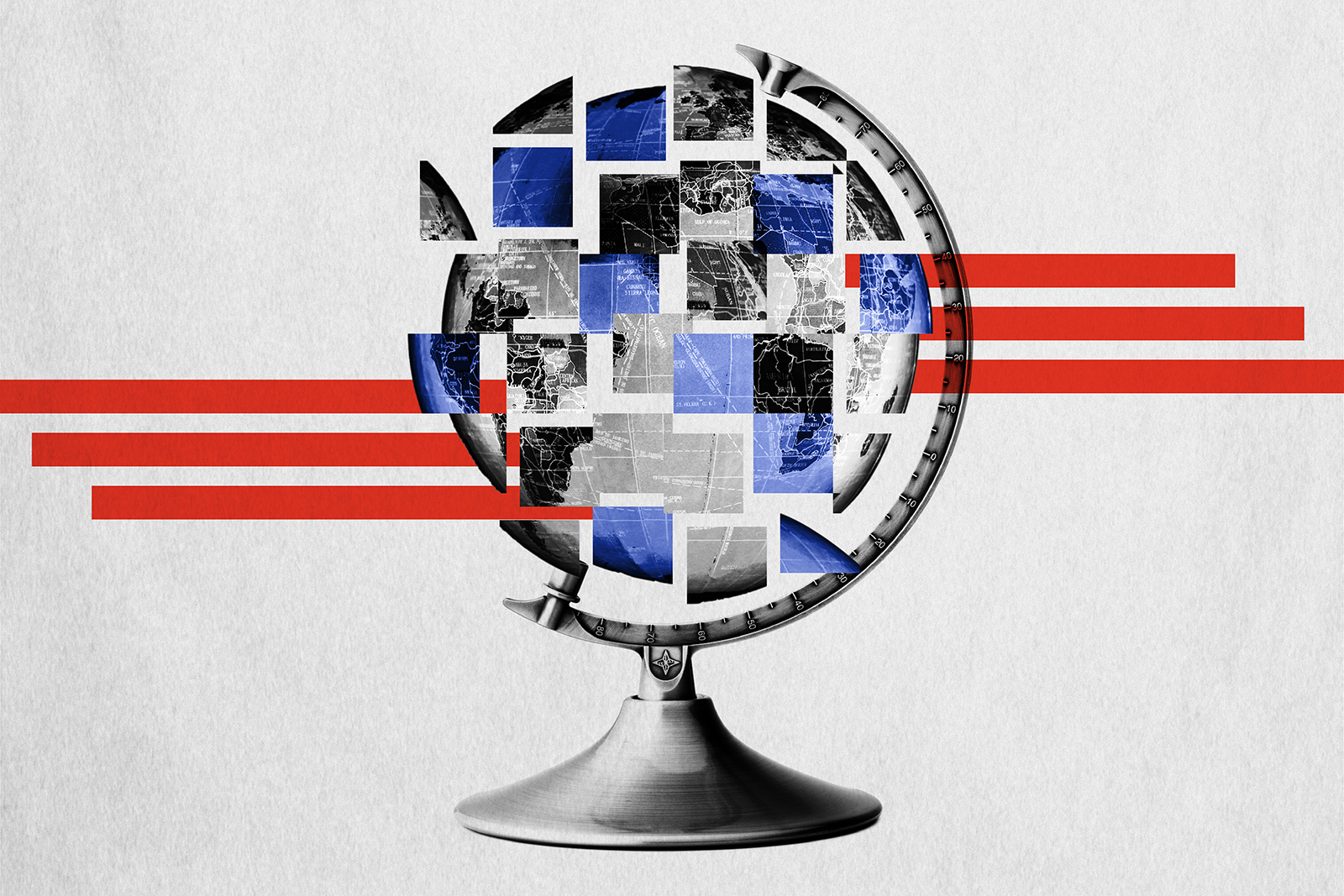 The United States has been searching for a new grand strategy ever since containment was believed to have won the Cold War, writes the former U.S. State Department official Michael H. Fuchs in Foreign Policy. But that search can be misguided and counterproductive, leading Washington to “submit to the false comforts of simplistic goals or ideological missions.”

“Today, the United States doesn’t need a grand strategy,” Fuchs argues. Rather than offering an overarching theory of U.S. foreign policy that covers everything from Iran to the South China Sea to climate change, the country “needs to focus on priorities that may not necessarily weave together in a convincing narrative.”