The markets think leaving the European Union won’t be a sterling outcome.

The British pound hit a two-year low of $1.212 against the U.S. dollar on Tuesday. It’s just the latest blow for the currency following several days of decline since Boris Johnson became prime minister of the United Kingdom.

Johnson’s indications he would take a no-deal Brexit have shaken confidence in the pound and sent its value on a downward trajectory since July 24.

As seen in the chart below, British sterling slumped after the Brexit referendum in 2016—and has never fully recovered. 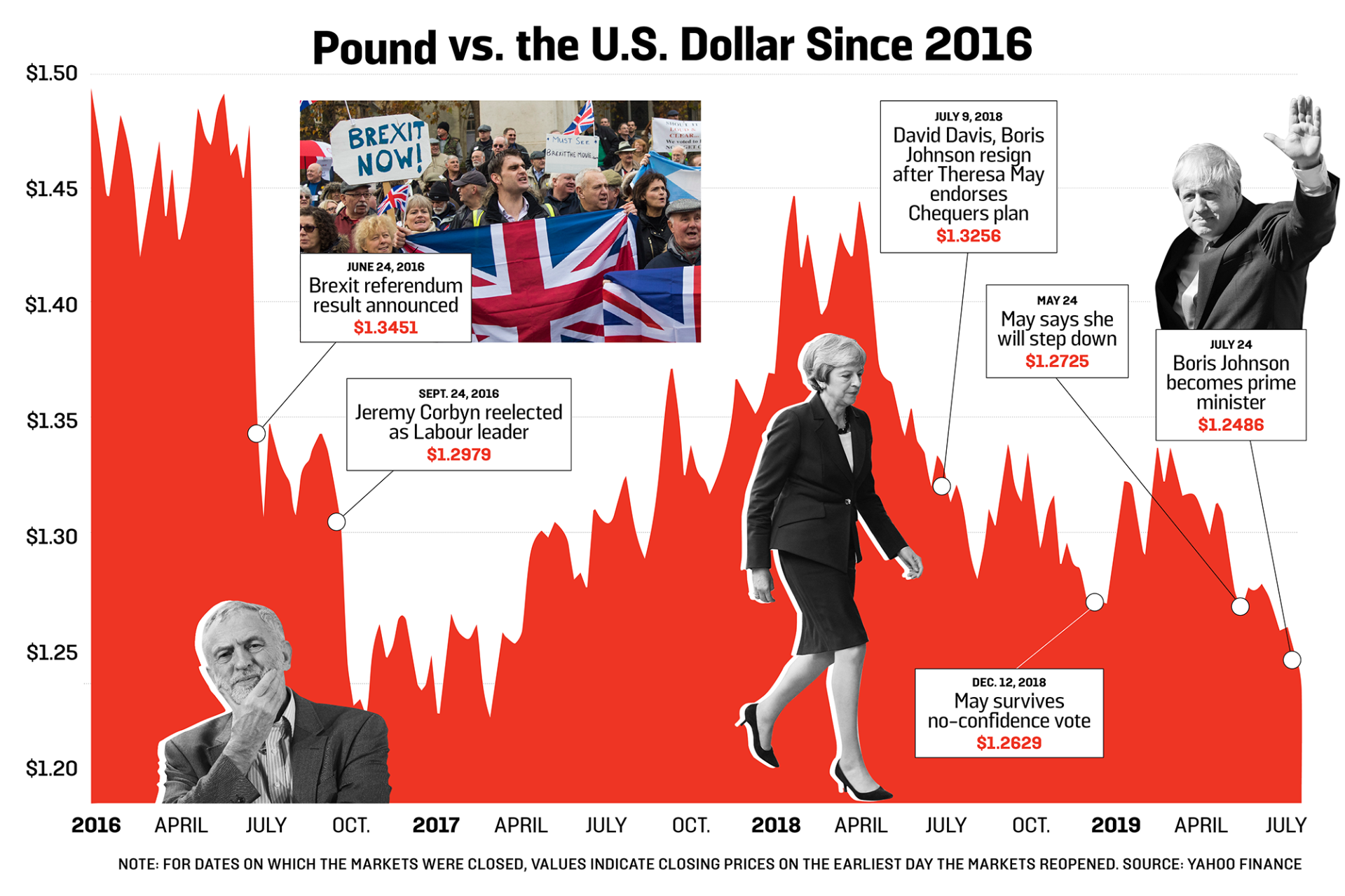 After the pound 2016 trading at nearly $1.50 against the dollar, two significant drops followed later that year: In June, after the Brexit referendum results were announced, and then in September, after the reelection of Labour leader Jeremy Corbyn, who at the time supported Brexit. Despite a recovery in 2017, the pound slumped again the following year as a deal between the U.K. and the European Union looked less and less likely.

Prime Minister Theresa May surviving a no-confidence vote in December 2018 was followed by a small uptick in the pound’s value. But by the time May announced she would step down on May 24, the pound was back to where it had traded before the no-confidence vote.

The value of currency is determined by several factors, but one conclusion that can be drawn from this chart is that events favoring a hard-line exit from the European Union have usually led to the pound’s depreciation.