What a Fed Rate Cut Means for the World Economy

Plus: Weekday protests in Hong Kong, Boris Johnson’s visit to Northern Ireland, and the other stories we’re following today.

The U.S. Federal Reserve is expected to cut interest rates today for the first time since the 2008 financial crisis. The central bank is aiming to maintain the U.S. economy’s ongoing expansion as investment—and investor confidence—suffer amid concerns about the global economy and the U.S.-China trade war.

The Federal Reserve is likely to lower target interest rates by a quarter-point, from 2.5 to 2.25 percent. While the Fed is independent of the executive branch, U.S. President Donald Trump on Tuesday pushed the central bank for a “large cut” to boost growth. “I would like to see immediately the quantitative tightening stop,” he said.

Why is the Fed cutting rates? In lowering interest rates, “The Fed is implicitly acknowledging that it made a mistake when it raised rates in December and said it anticipated further rate increases in 2019,” David Wessel, a senior fellow in economic studies at the Brookings Institution, wrote in an email.

The Federal Reserve is also responding to the global economy. “The Fed is, in part, responding to the weakness in other economies which, if it persists, will hurt demand for U.S. exports and will tend to slow economic growth at home,” Wessel said. Moreover, investment has slowed in response to the ongoing trade dispute between the United States and China.

How will other economies respond? Central banks in some emerging markets have already cut their interest rates in anticipation of the Fed’s move, Wessel pointed out. If the Fed doesn’t follow suit, that could further hurt demand for U.S. exports by making the U.S. dollar soar.

Will this be a one-off? Whether or not the central bank will cut rates again later this year could become clear at today’s press conference, Wessel said. “Of course, it’ll depend on how the economy develops,” he added.

Weekday protests continue in Hong Kong amid charges. Hong Kong’s anti-government protests have stretched past the weekend this week, with demonstrators disrupting commuter trains during the morning rush hour and targeting police stations. For the first time during the months-long rallies against the city’s extradition bill, 44 activists were charged with rioting on Tuesday, stoking the backlash. Some of those charged will appear in court today.

The protesters show no signs of slowing down, and they are calling for the “revolution of our time”—a slogan that may prompt a dangerous response, Antony Dapiran writes for FP. “Hong Kong has been stuck in an ongoing stalemate with Beijing’s attempts to stifle dissent and suppress the city, followed by outbursts of popular protests in a seemingly endless cycle,” he writes. “Beijing has little room left in the middle ground.”

Turkey plans “observation team” for Xinjiang. Turkey’s foreign minister said on Tuesday that it would send a group to observe the situation in China’s Xinjiang region, where the United Nations says at least one million ethnic Uighur Muslims have been detained in “re-education” camps. Like other Muslim nations, Turkey has mostly deferred to China on the issue of the Uighurs, apart from one strongly worded statement, as Azeem Ibrahim has noted in FP. China maintains that most Uighurs detained in the camps have been “returned to society.”

Cuba’s economic crisis. Cuba’s government has enacted price controls on both state and private businesses amid a growing economic crisis and U.S. sanctions. “In effect, they have suspended what there is of a market,” a Cuban economist told Reuters. Meanwhile, some of those seeking opportunity in the United States are stuck in Cuba: Since 2017, there haven’t been consular employees to process cases filed under the U.S. family reunification program.

The Dubai royal family’s court case. Haya bint al-Hussein, the estranged wife of Dubai’s ruler, Sheikh Mohammed bin Rashid Al Maktoum, has requested a forced marriage protection order in a court case that began in London on Tuesday. The case could have consequences for British diplomacy with the United Arab Emirates—and for Dubai’s image, as Ola Salem reported for FP.

Health care crowdfunding in China. Ant Financial, which runs an online insurance service in China, is the highest-valued tech startup in the world. It has recently launched a crowdfunding and insurance pooling product for lower-income patients to make up for gaps in the country’s unequal public health system. But the pool only goes so far, Rui Zhong writes for FP.

Land rights activism in the Philippines. A report released yesterday by the watchdog Global Witness found that the Philippines has surpassed Brazil as the most dangerous country for environmental defenders. Thirty activists were killed last year in the Philippines, drawing attention to the behavior of mining, logging, and agribusiness under President Rodrigo Duterte.

Music festival organizers in Lebanon have cancelled a planned concert by the band Mashrou Leila, whose lead singer is gay. Some Christian groups had threatened to violently stop the show, and the incident has triggered a public debate over freedom of expression in the country.

Graphic: China Is Backing Out of the U.S. 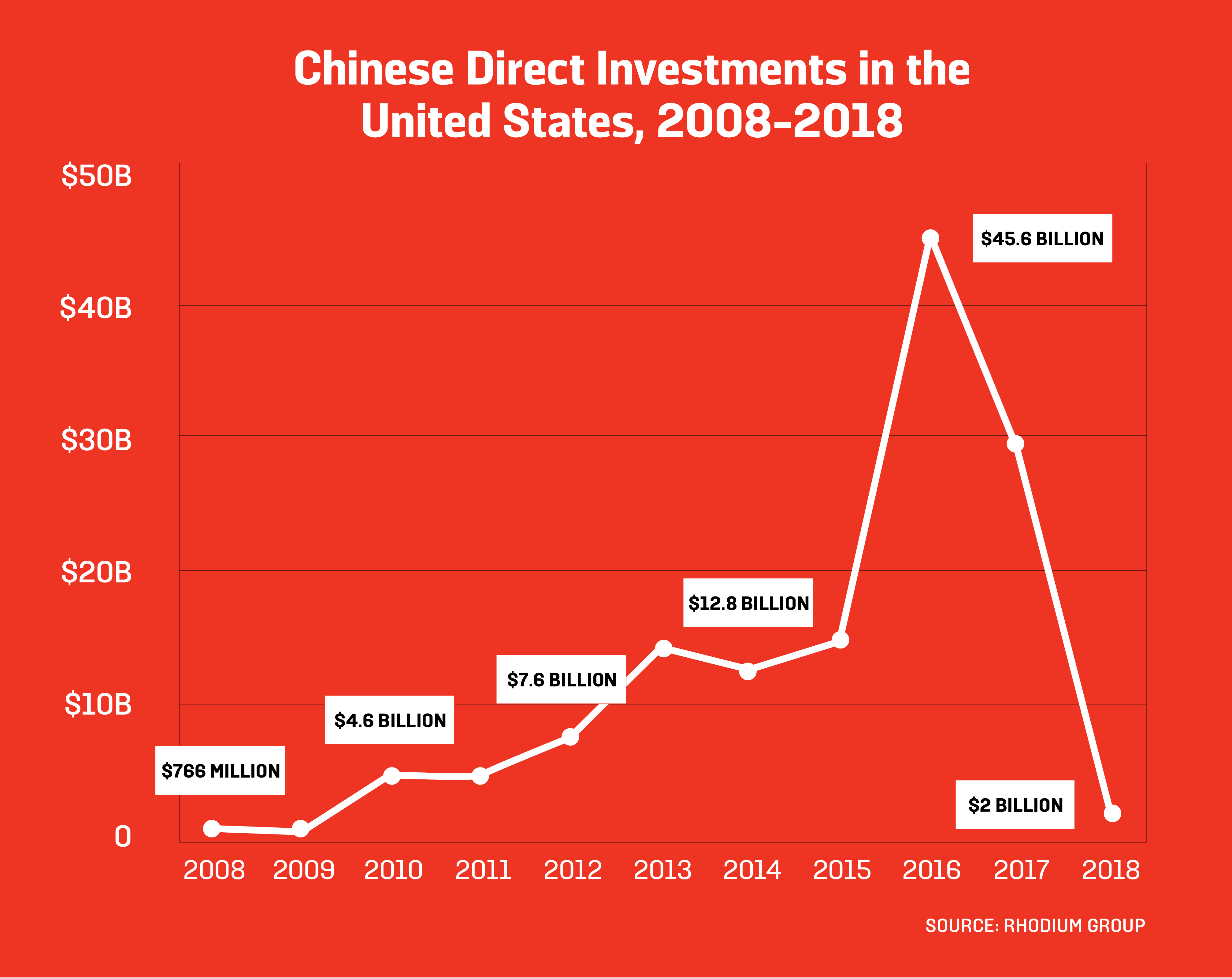 As China’s economy has grown, its investment in U.S. industries have risen. But in 2016, that began to change, as shown above. The timing coincides with the election of U.S. President Donald Trump. But there’s more to the story: China’s regulatory crackdown on outbound capital has caused much of the decline, C.K. Hickey writes. 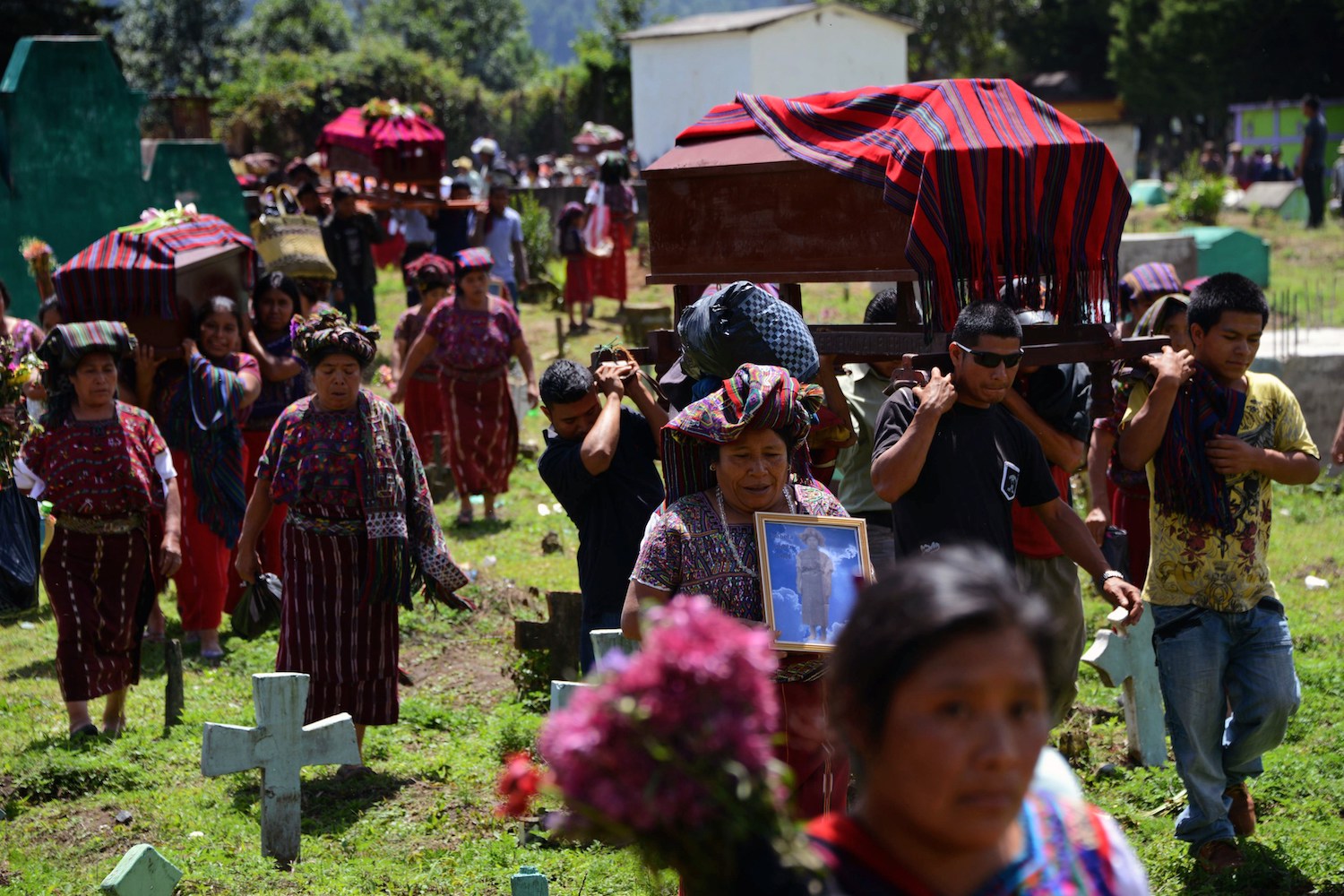 Guatemala’s Ixil people at burial of victims of Guatemala’s 1982 civil war massacre, in the Quiche village of Nebaj on July 30, 2014.Johan Ordoñez/AFP/Getty Images

The Guatemalan government has moved to bar access to a collection of national archives that have been used to prosecute Guatemalan politicians and officers responsible for crimes committed during the country’s bloody 36-year civil war. It’s part of a larger campaign by President Jimmy Morales to undermine the rule of law—and the administration of U.S. President Donald Trump is quietly acquiescing, Colum Lynch reports. “They promise not to let brown people into the country, and we let them get away with everything else,” a U.S. official told Lynch.

Journalist Vauhini Vara spent six months traveling the world to interview millennial workers about their occupations, many of which didn’t exist a generation ago, in an effort to tell stories at the center of the convulsions caused by automation and globalization. These new workers of the world—from China, Colombia, Germany, Ghana, Japan, Myanmar, South Africa, Spain, the United States, and Vietnam—offer a portrait of today’s global working class as they grapple with new forms of financial insecurity. Benjamin Soloway, associate editor

NEW FOR SUBSCRIBERS: Want to read more on this topic or region? Click + to receive email alerts when new stories are published on Economics, United States