A crisis unfolds in Kashmir, the U.S.-China trade war escalates (again), and the United States grapples with back-to-back mass shootings.

This week, India shifted the paradigm in South Asia when Prime Minister Narendra Modi revoked the autonomous status of Jammu and Kashmir, the long-disputed Muslim-majority region. The Indian government revoked Articles 370 and 35A of its constitution, effectively cutting off the region’s legislative independence.

Meanwhile, the U.S.-China trade war once again took a turn for the worse this week when, for the first time in a decade, Beijing allowed its currency to fall below the seven yuan to the dollar ratio. The move came in response to U.S. President Donald Trump’s new round of tariffs on $300 billion worth of Chinese goods, imposed last Friday, and led the United States to label China as a currency manipulator.

And the United States continued to reel from attacks in El Paso, Texas, and Dayton, Ohio. The shootings—one of which appears to have been underpinned by anti-immigrant, white supremacist ideology—brought renewed attention to Trump’s inflammatory rhetoric, as well as the gun control debate in the country. 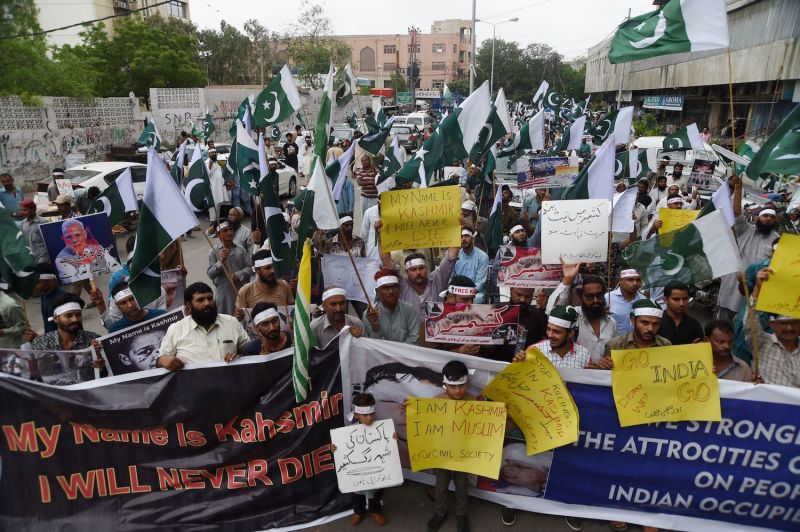 Supporters of the Pakistani militant organisation Jamaat-ud-Dawa (JuD) take part in an anti-India protest rally in Karachi on August 5, 2019, in reaction to the move by India to abolish Kashmir’s special status. Asif Hassan/AFP/Getty Images

India’s abrupt revocation of Kashmir’s autonomy has the potential to destabilize the already fraught region, Michael Kugelman writes. Foreign Policy’s Elias Groll spoke to Irfan Nooruddin, a scholar of Indian politics, on what could come next in the Kashmir crisis.

New Delhi’s move this week—which has been championed by Modi’s ruling Bharatiya Janata Party—is just one step in the longer project of transforming India into a Hindu nation, Dibyesh Anand writes.

In a speech Thursday, Modi argued the move would promote India’s economic development and improve standards of living in the region. “Come, let us all together create a new Jammu and Kashmir and a new Ladakh with the new India,” the Indian prime minister said. 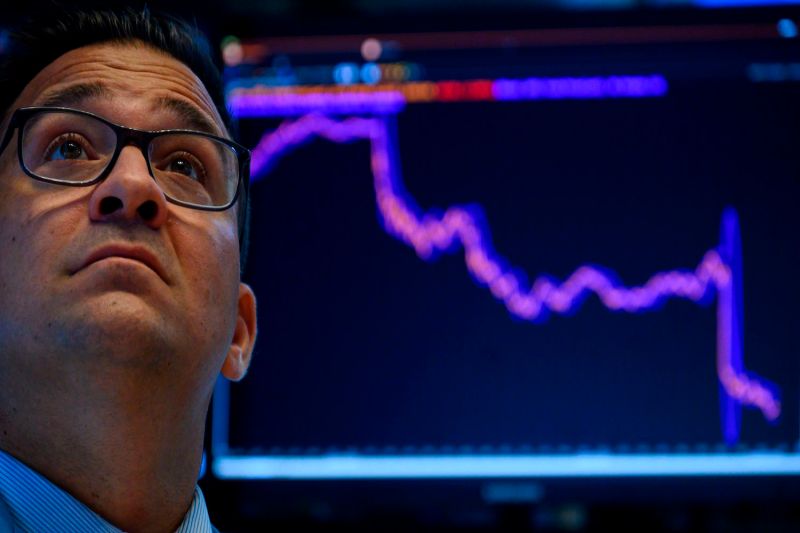 Beijing’s move this week to let its currency weaken signals the trade war has shifted into a currency war and could be the death knell for any trade agreement between the United States and China, Foreign Policy’s Keith Johnson reports.

For the latest updates on the U.S.-China trade war and other China news and analysis, subscribe to Foreign Policy’s new China Brief newsletter and read the first edition. 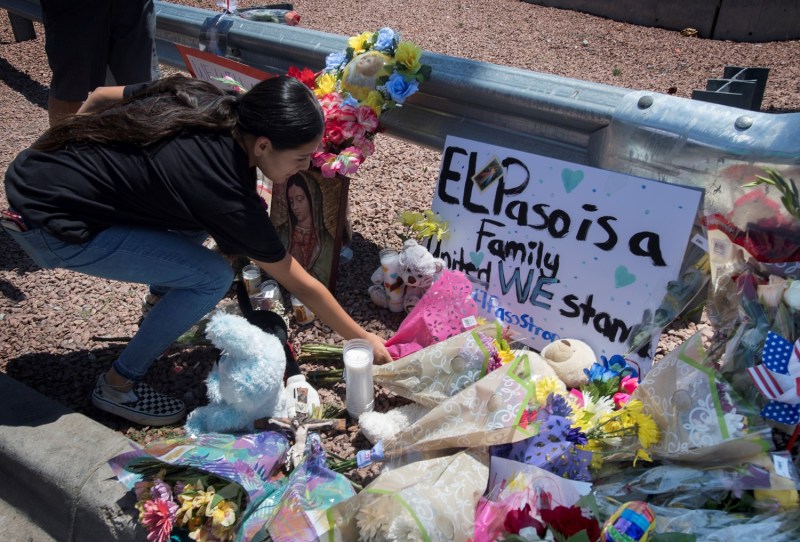 A woman places flowers beside a makeshift memorial outside the Cielo Vista Mall Wal-Mart where a shooting left 20 people dead in El Paso, Texas, on August 4, 2019.Mark Ralston/AFP/Getty Images

Several mass shootings in the United States and elsewhere over the past few years—including last weekend’s attack in El Paso, Texas—have been motivated by white nationalist ideology, which emerges and festers in far-right online forums, Foreign Policy’s James Palmer explains. 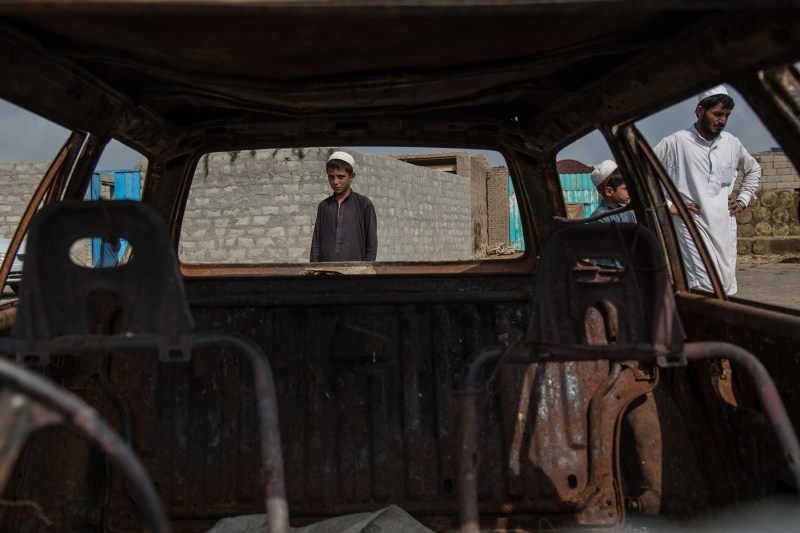 Afghan villagers are framed in the broken windows of Noor Walli Khan’s car, burned during a Khost Protection Force raid in Tani district, Khost province, on July 28. Gul Rahim, 7, left, says he has trouble sleeping at night, hearing the helicopters and drones fly over his house. Stefanie Glinski for Foreign Policy

4. How the CIA Aims to Keep a Footprint in Afghanistan

As U.S. talks with the Taliban signal that the long war in Afghanistan may be nearing an end, the CIA is planning to leave behind proxy forces even after the United States formally exits—a shadow campaign that could prove dangerous for civilians and have a strong influence on the country’s future, Stefanie Glinski reports from Afghanistan. 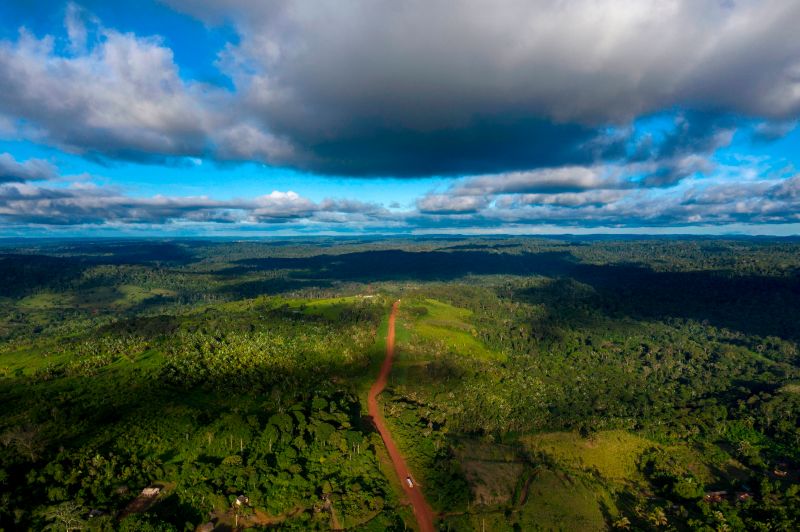 The U.S.-China trade war reignites, the Fed takes bold action, and a U.S.-Russia nuclear treaty comes to an end.