Plus: Germany's economy could be headed for recession, rising Japan-South Korea tensions, and the other stories we’re following today.

Protests die down after violent clashes and High Court injunction. On Tuesday night, police and protesters clashed inside the terminal at Hong Kong’s airport after some protesters physically attacked men suspected of being mainland Chinese agents or police officers masquerading as protesters. (Police officials have admitted to infiltrating officers disguised as demonstrators into groups of protesters, a move that has sparked fear among activists.)

The clashes began late Tuesday evening after a lengthy occupation of the airport by thousands of protesters that saw operations at one of the world’s busiest transit hubs grind nearly to a halt for two full days; Cathay Pacific, Hong Kong’s main carrier, canceled 272 flights affecting 55,000 passengers.

Police officers in riot gear ran after protesters late on Tuesday, pinning some to the ground. According to the New York Times, another group of protesters accosted an officer, grabbed his baton, and beat him with it. They retreated after the policeman pulled a gun. Some protesters later publicly apologized for their behavior.

By Wednesday afternoon local time, only about 100 protesters remained and the airport was returning to normal after the police operation and intervention by the High Court. At 2 p.m. local time on Wednesday, Hong Kong’s Airport Authority posted an interim court order, which prohibits “inciting, aiding, and/or abetting” any unlawful obstruction of proper use of the airport. The authority declared that “Any person who neglects to abide by or neglects to follow the interim injunction order … may be held in contempt of court, and is liable to imprisonment or a fine.” Small protests will still be permitted in two peripheral areas of the arrivals hall.

Hong Kong Chief Executive Carrie Lam has said the protesters have turned down a “path of no return.” The Chinese government had harsher words; Xu Luying, spokeswoman for the Hong Kong and Macau Affairs Office expressed “extreme anger” and described the protests as “nearly acts of terrorism.” Many observers have been left wondering if Lam is even still in control of the city’s government as more and more decisions seem to be coming from the mainland and local loyalists. Legal experts say the city government could be poised to use antiterrorism laws to try to put down the protests.

It is certain that the Chinese Communist Party is already engaged in an information war with the protesters. While protesters barrage the iPhones of arriving mainlanders with information about the protesters’ grievances and and images of the 1989 Tiananmen Square crackdown sent via Apple’s AirDrop, Beijing projects an image of a small and violent group with little public support, but significant foreign influence, that threatens mainland China. It’s likely that China’s citizens—and the party itself—believe the government’s propaganda, Thomas Kellogg argues in FP.

Is Germany headed for recession? Germany is expected to release figures on the size of its economy today amid signs that it is slowing down, particularly its manufacturing sector. Experts predict that the data will show that Germany’s GDP has contracted by 0.1 percent over the second quarter of 2019. On Tuesday, German Chancellor Angela Merkel insisted that there wasn’t yet a need for a stimulus package. Still, the signs are worrying: If the German economy did shrink, it would mark a sharp turn from its expansion in the first quarter of this year. Germany faces an uncertain economic climate, from the effects of the U.S.-China trade war to Britain’s impending exit from the European Union, which could rattle the eurozone. (Germany’s economy is Europe’s largest.)

Germany is a key trading partner for both the United States and China, and exports make up 47 percent of its economy. Its exports and its industrial output have been falling, in part due to investment uncertainty amid the trade war. (The auto industry in particular relies on Chinese demand.) If the United States raises tariffs on cars made in Europe, the situation could grow worse, the Associated Press notes.

Germany’s economy relies heavily on its manufacturing sector and it is therefore currently faring worse than others in Europe. But it is considered to be a bellwether for the eurozone. The European Central Bank, already expected to lower interest rates next month, could consider more economic stimulus measures. It is set to meet on Sept. 12.

Two significant holidays in South Korea. Today South Korea will commemorate the women forced to work in Japanese brothels during World War II, and Tuesday marks the anniversary of South Korea’s liberation from Japan—which ruled Korea from 1910 to 1945. The events come amid an ongoing dispute between the two countries over forced labor during the occupation. Both countries have removed each other from lists of preferred trading partners, and Japan has issued a travel warning for its citizens in South Korea this week.

Australia unveils Pacific climate package. Australian Prime Minister Scott Morrison is visiting the island nation of Tuvalu today for a meeting with Pacific leaders, where he will announce $500 million in funding for climate resilience and renewable energy in the region. Australia faces significant pressure from other countries in the Pacific—under threat from rising sea levels—to reduce its carbon emissions.

Kosovo-Serbia dialogues. Four European countries and the United States are pushing Kosovo and Serbia to resume talks on normalizing their diplomatic ties, which would affect both countries’ E.U. membership chances. The dialogues stopped in November after Kosovo taxed Serbian goods at 100 percent. Kosovo declared independence from Serbia in 2008.

The legacies of British colonialism. The two seemingly distinct crises in Hong Kong and Kashmir share the same legacy: that of British imperialism, Amy Hawkins argues in FP. Their colonial histories have paved the way for conflict as their special protections fade away, she writes: “Today, the fallout from Britain’s absent-minded imperial management is making itself clear.”

Measles cases. The World Health Organization said on Tuesday that the number of reported measles cases worldwide has nearly tripled so far this year compared to the first seven months of 2018. There was a 900-percent year-over-year increase in Africa, where Madagascar saw a historic outbreak this year. Only one in 10 measles cases is reported, according to the WHO.

China’s media presence in Africa. While Chinese infrastructure projects in Africa may capture more global attention, China has also expanded its media presence on the continent. It is investing in infrastructure, established media companies, and journalism partnerships. Given China’s history of censorship, the ties are worrying, Aubrey Hruby argues in FP. 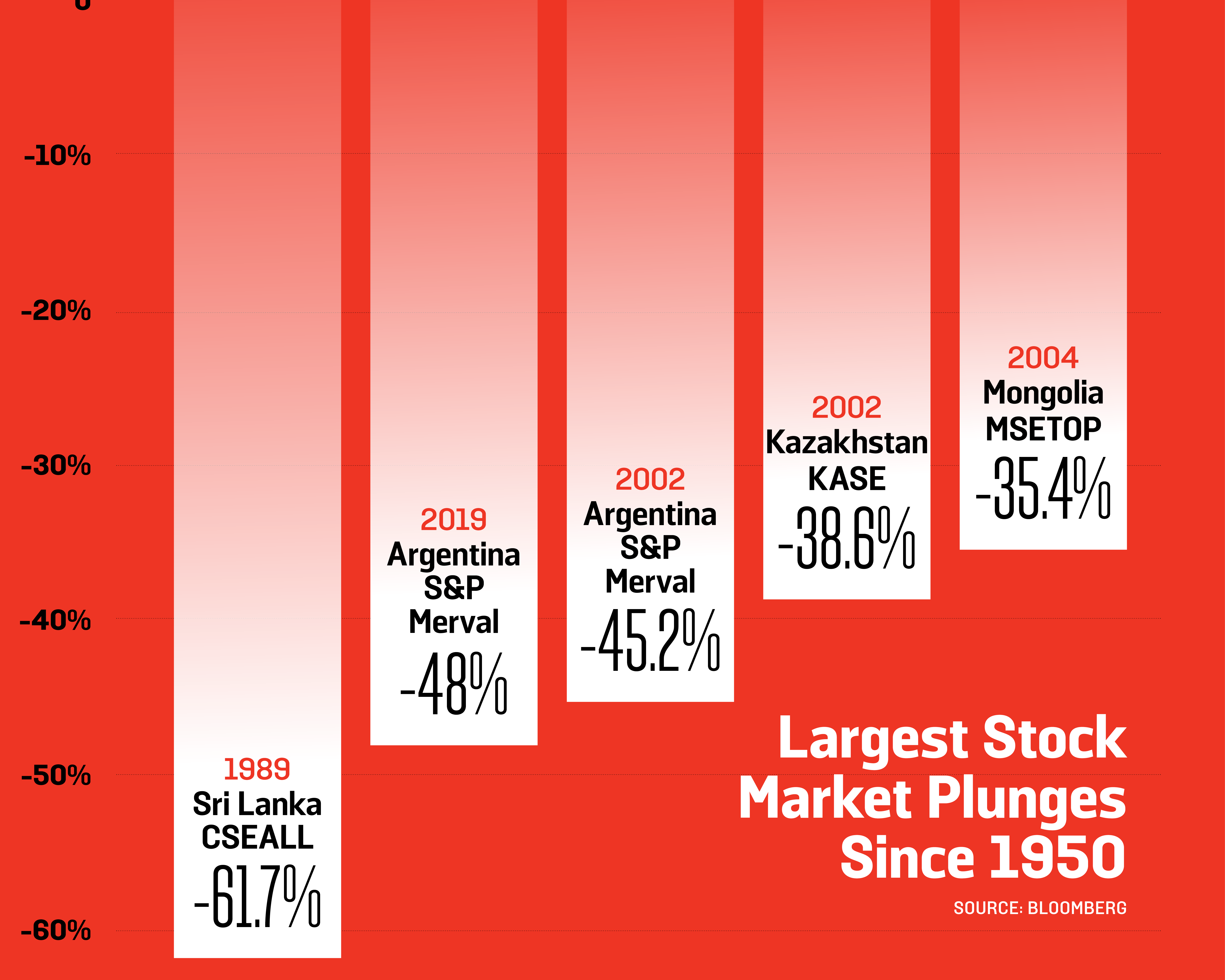 Argentine President Mauricio Macri’s large margin of defeat in the primary elections on Sunday has shocked the country’s economy: The country’s stock market fell by 48 percent in U.S. dollar terms on Monday, and the Argentine peso remained unsteady on Tuesday. Monday’s stock market drop is one of the world’s largest single-day plunges since 1950, C.K. Hickey reports.

Today, the teenage climate activist Greta Thunberg begins her zero-carbon trip to New York for the U.N. Climate Action Summit in September. She is sailing across the Atlantic Ocean in a racing yacht equipped with solar panels and underwater turbines.

The Notre Dame Cathedral site in Paris has been sealed to the public for the next 10 days as authorities begin a massive lead decontamination effort following the disastrous fire in April. Experts say the blaze burned 400 tons of lead.

NEW FOR SUBSCRIBERS: Want to read more on this topic or region? Click + to receive email alerts when new stories are published on Economics, China, Hong Kong

Two Years Later, the Abraham Accords Are Losing Their Luster

What the Hijab Protests Mean for Iran’s Clerical Class

Two Years Later, the Abraham Accords Are Losing Their Luster

The government is inviting snitches to report on “historical nihilism.”

If polling holds up, the country’s most far-right government since World War II could soon come into power.

Is Putin Panicking Over Ukraine?