Is India Facing an Economic Crisis?

Why a top think tank official says India’s fiscal problems are “unprecedented,” plus other stories from Afghanistan, Pakistan, and Sri Lanka.

Welcome to Foreign Policy’s weekly South Asia Brief. Sign up here to receive this weekly newsletter directly in your inbox.

The highlights this week: India tries to boost its economy, Kashmir remains under a broad lockdown, the Rohingya mark a sad anniversary, and Amazon opens its biggest office space in the world.

"Unprecedented” Fears About the Indian Economy?

Welcome to Foreign Policy’s weekly South Asia Brief. Sign up here to receive this weekly newsletter directly in your inbox.

The highlights this week: India tries to boost its economy, Kashmir remains under a broad lockdown, the Rohingya mark a sad anniversary, and Amazon opens its biggest office space in the world.

“Unprecedented” Fears About the Indian Economy?

Last Friday, India’s government finally acknowledged that all was not well in the world’s seventh-largest economy. Finance Minister Nirmala Sitharaman rolled back a tax on foreign investors and promised to speed up tax refunds to small businesses, among other announcements. Investors seemed pleased: On Monday, the key Mumbai stock market gained more than 2 percent, after recording its worst July in nearly two decades. And the markets continued to rise on Tuesday.

Broader problems. While the stock market may have received a short-term boost, Sitharaman’s announcements alone won’t fix underlying economic problems. The biggest concern—and a likely factor behind slowing consumer demand—seems to be the country’s 6.1 percent unemployment rate, the highest in 45 years. An estimated 1 million Indians enter the workforce every month, and enough jobs simply aren’t being created for them. Perhaps unsurprisingly, car sales declined by 36 percent in July. Sitharaman announced on Friday a one-off government move to replace its fleet of cars with new ones, but that will hardly encourage the auto industry to ramp up production or hire more workers. (Automakers have laid off an estimated 350,000 workers since April.) Meanwhile GDP growth has slowed, with Nomura analysts predicting a tepid 5.7 percent growth rate for the April-June quarter, expected to be announced next week.

Criticism. Thomas Isaac, the finance minister of the state of Kerala, tweeted that Sitharaman’s announcements didn’t amount to enough. “What is required is a large fiscal spending package,” he wrote. And in a rare example of a top Indian businessman criticizing New Delhi, Adi Godrej, the chairman of the Godrej conglomerate, told Business Standard last week that “the speed of decision-making is very good for example in Kashmir, but the speed of decision-making on business matters is not good.”

One problem may be that even as India’s central bank continues to cut interest rates—which are already at their lowest level in nine years—outdated state banks often avoid passing on cheaper loans to consumers. And the private sector seems too spooked by a global slowdown to make large investments. Put together, these trends led a top government think tank leader to admit last week that India’s economic situation was “unprecedented” and that “nobody is trusting anybody else” in the government and private sector.

Depleting brain trust. Indian Prime Minister Narendra Modi has had to cope with the loss of some key lieutenants to ill health. On Saturday, Arun Jaitley, who was finance minister from 2014 to early 2019, died after years of kidney-related illnesses. Sushma Swaraj, who served as external affairs minister over the same period, also died this month after a heart attack. And Manohar Parrikar, who served as defense minister from 2014 to 2017, died from pancreatic cancer in March.

All talk. After 10 months, peace talks between the United States and the Taliban may soon be wrapping up. Under a draft agreement, the United States would pull some 5,000 troops out of Afghanistan in the next few months and 9,000 more by next year. The Taliban would cut ties to al Qaeda. Afghan President Ashraf Ghani, who is eager to move forward with a scheduled presidential election at the end of September, is putting pressure on the negotiations.

Refugee anniversary. On Sunday, at least 100,000 Rohingya refugees in camps in Bangladesh came together to mark what they called “Genocide Day.” It has been two years since the start of a wave of military violence—which the United Nations characterized as having “genocidal intent”—forced them to flee neighboring Myanmar. The camps in southern Bangladesh are home to more than 1 million people, making them the largest refugee settlement in the world.

Tarnished brass? In late August, the Sri Lankan government named Shavendra Silva, a veteran of the decades-long civil war against the Tamil Tigers, as commander of the country’s army. The move provoked immediate backlash from the United States, United Nations, and others because Silva is accused of overseeing torture and extrajudicial killings of unarmed rebels in the last weeks of that war. Colombo has since shot back, dismissing concerns that Silva’s appointment would undermine the reconciliation process and calling foreign efforts to influence the government’s decision-making “unwarranted and unacceptable.”

Let’s discuss. A few weeks into the lockdown in Kashmir, New Delhi claims that it is starting to lift some restrictions on movement there. Tensions remain as high as ever, though, with ongoing protests amid a media blackout. Meanwhile, in an interview with the New York Times last week, Pakistani Prime Minister Imran Khan took the opportunity to weigh in on negotiations with India, arguing that “there is no point in talking to them. I mean, I have done all the talking. … There is nothing more that we can do.” And at the G-7 summit in Biarritz, France, on Monday, U.S. President Donald Trump seemed to walk back earlier offers to mediate between India and Pakistan before adding that he’d still be there if they needed him. “I have a very good relationship with both gentlemen,” he said.

For more perspective from Kashmir, read this FP dispatch from Pulwama by the journalist Soumya Shankar.

According to the World Bank, 28 percent of Nepal’s workforce is based abroad. What percentage of Nepal’s GDP comes from remittances?

Scroll to the bottom for the answer. 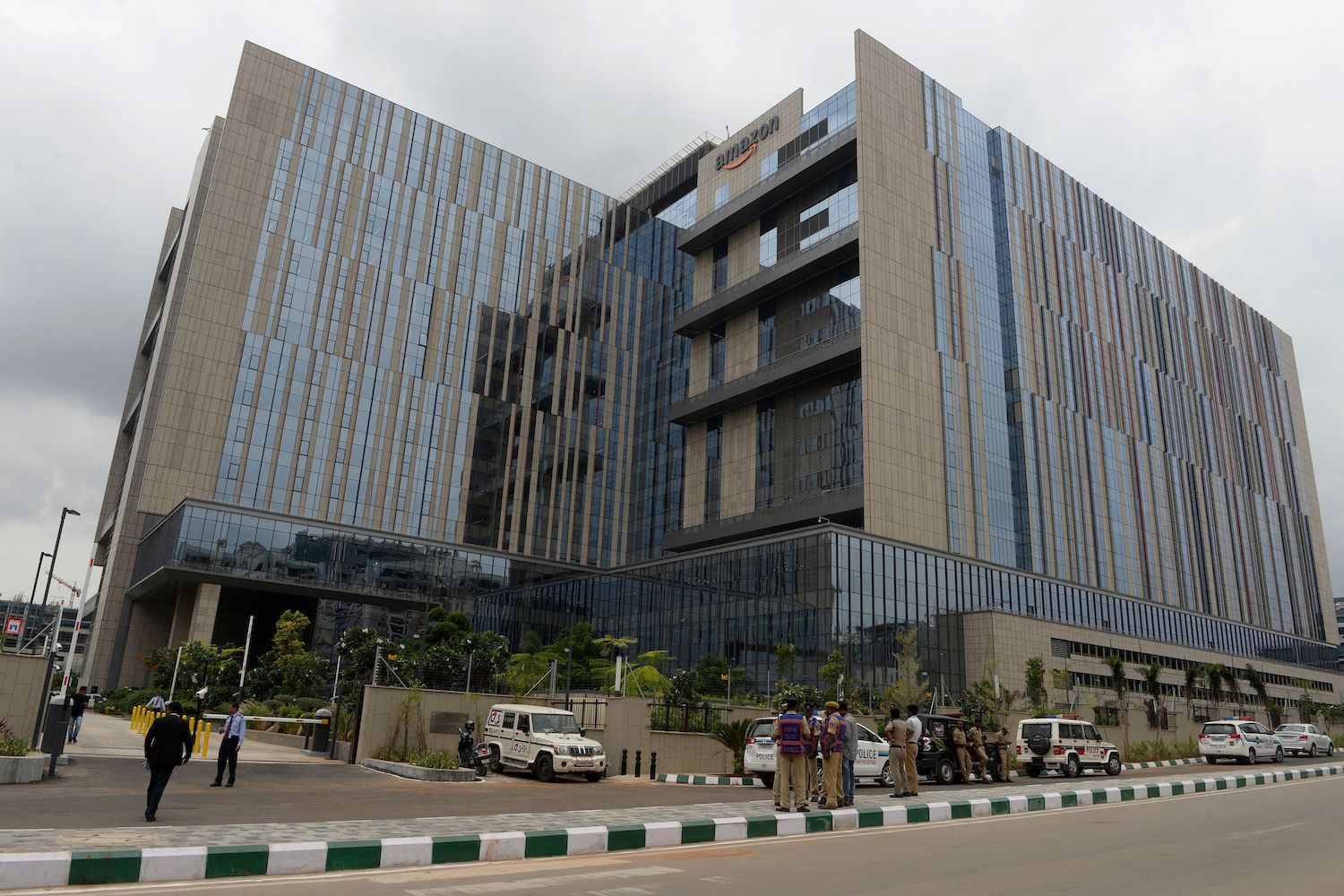 India online. Amazon has opened its single largest office building in Hyderabad. Some 15,000 employees can work from the new facility’s 1.8 million square feet of office space. Amazon is battling Walmart for an e-commerce market that could be worth $200 billion in less than a decade, according to Morgan Stanley.

Unusual letter. According to Reuters, the U.S. ambassador to India, Kenneth Juster, wrote last month to top U.S. tech leaders encouraging them to take part in discussions on tech policy disputes with New Delhi. India recently imposed tough data localization laws that impact Facebook, Google, and Twitter, as well as more stringent rules for foreign investment. It’s unusual for businesses to receive such a letter from a sitting U.S. diplomat. Reuters, which viewed a copy of the letter, reports that Juster wrote, “My team at the Embassy stands by ready to help.”

Middle ground. As the United States and the Taliban eye a deal to end nearly two decades of war, Robert Pape, a professor of political science and director of the Chicago Project on Security and Threats, asks what the United States can do to keep itself safe from terrorism. Rejecting both leaving troops in the country on a large scale and a complete withdrawal, Pape argues for a middle course. “An ‘over-the-horizon’ counterterrorism strategy would rely on cooperation with local partners and selective interventions of air power, U.S. special operations forces, and intelligence, economic, and political support from regional bases outside Afghanistan,” he writes. It is ultimately the only plan, he argues, that is “realistic about what can be achieved in such a heavily challenged area as Afghanistan and remains true to America’s core security interests.”

That’s a rap. In Little Kid, Big Dreams, his debut album, the rapper Ahmer Javed takes on the struggles in Kashmir, his homeland. As one reviewer puts it, the music is challenging, but “his style is not directly confrontational—it is often a laying-bare of facts and stories, urging the listener to make up her mind, rather than guiding her urgently to a conclusion.” Listen on SoundCloud. 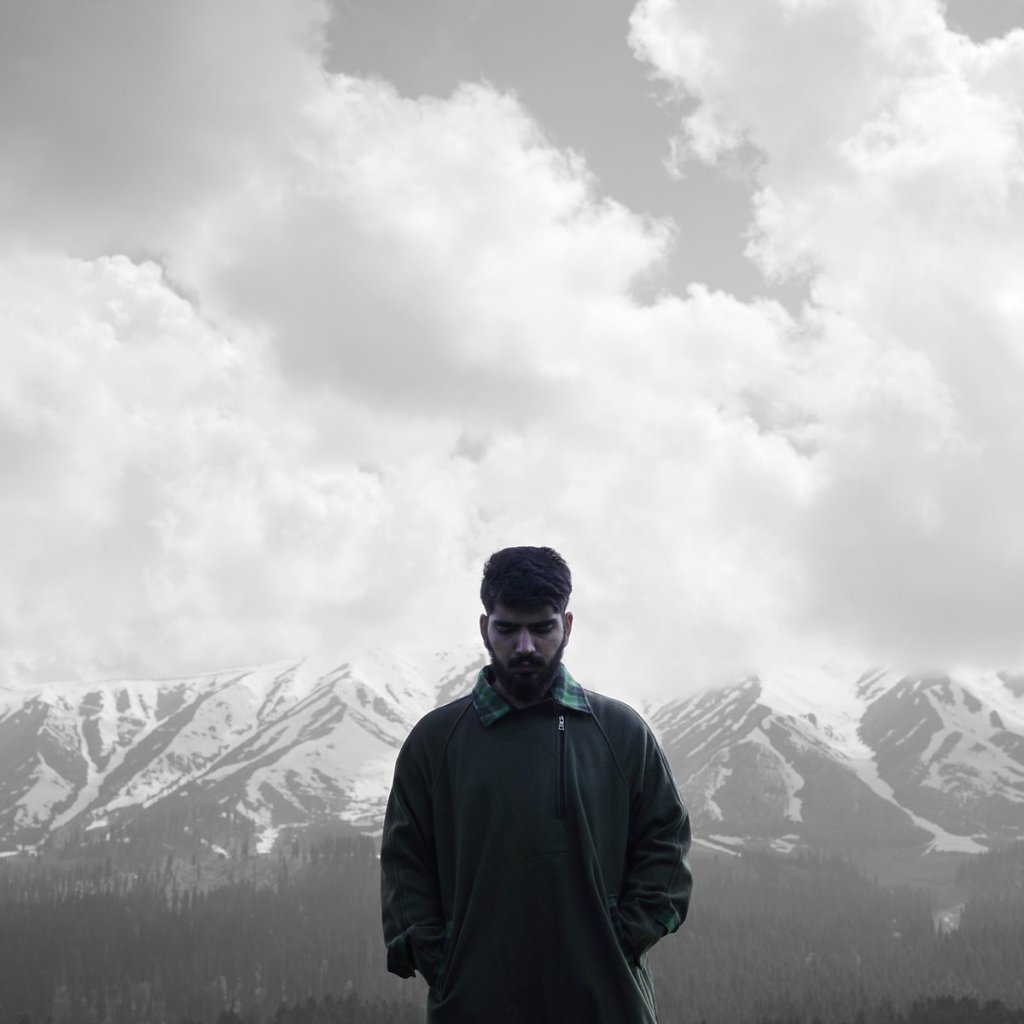 According to the Financial Times, although the inflow of remittances is rising, the value has fallen as a percentage of GDP from 31 percent in 2015 to 28 percent by 2018.

NEW FOR SUBSCRIBERS: Want to read more on this topic or region? Click + to receive email alerts when new stories are published on Economics, India, South Asia

Residents of the restive area of Pulwama are under lockdown for a third week. But they want the world to know they’re going to fight back.