The Mysterious Case of Trump’s Trade Calls With China

This week: Mixed messages on the U.S.-China trade war, the return of Mao-era paranoia, and what keeps Chinese leaders up at night.

Welcome to the latest edition of Foreign Policy’s China Brief. Sign up here to receive this weekly newsletter directly in your inbox.

What we’ve got this week: A spat over phone calls shakes the already fragile U.S.-China relationship, underwater cables become the focus of U.S. security worries, and a once prominent think tank is formally closed.

Welcome to the latest edition of Foreign Policy’s China Brief. Sign up here to receive this weekly newsletter directly in your inbox.

What we’ve got this week: A spat over phone calls shakes the already fragile U.S.-China relationship, underwater cables become the focus of U.S. security worries, and a once prominent think tank is formally closed.

Chaos reigned in U.S.-China relations last weekend after a series of claims and threats by U.S. President Donald Trump, who swung from trying to order U.S. firms out of China and promising to further raise tariffs, to praising Chinese President Xi Jinping as a “great leader.” But the most confusing part was when Trump claimed to have made trade talk breakthroughs in calls with China, while Beijing has repeatedly denied that any such calls even occurred.

Who’s lying here? Let’s face it, both the Chinese government and the U.S. president are often unreliable narrators. But on this one, China’s version of events looks more plausible. Beijing normally lies about sensitive data, not matters of diplomatic protocol—and the White House hasn’t produced any readouts of the alleged calls. It’s possible Trump exaggerated a real call between trade officials, but he may also have invented the call entirely to try to prop up falling stock prices (Trump’s claims resulted in a small market rally). There’s also the usual Trumpian rhetoric of dominance: Others are often calling him to ask for favors, or for his mediation, by his account.

Why does this matter? White House hawks like Peter Navarro, Trump’s director of trade and manufacturing policy, and Michael Pillsbury, the director for Chinese strategy at the Hudson Institute, were briefly triumphant over Trump’s hard-line take, but it seems unlikely that their vision of a permanent U.S.-China rift is one Trump shares. Yet it may happen anyway. China’s government is as sensitive to perceived status and dominance as Trump is, and any attempt to cast Beijing as petitioner will leave Chinese authorities angry and resentful.

The issue of Trump’s supposed calls may also cause further confusion in Beijing as to just what his plan is. In the early months of the Trump presidency, Chinese analysts were inclined to see him as a Machiavellian business genius. Events over the past three years have somewhat eroded that view, but Beijing is still likely to see the lying and policy swerves more as a deliberate plot than a president’s mood swings. That will reinforce the impression that the United States can’t be trusted, not just under Trump but in the long term. 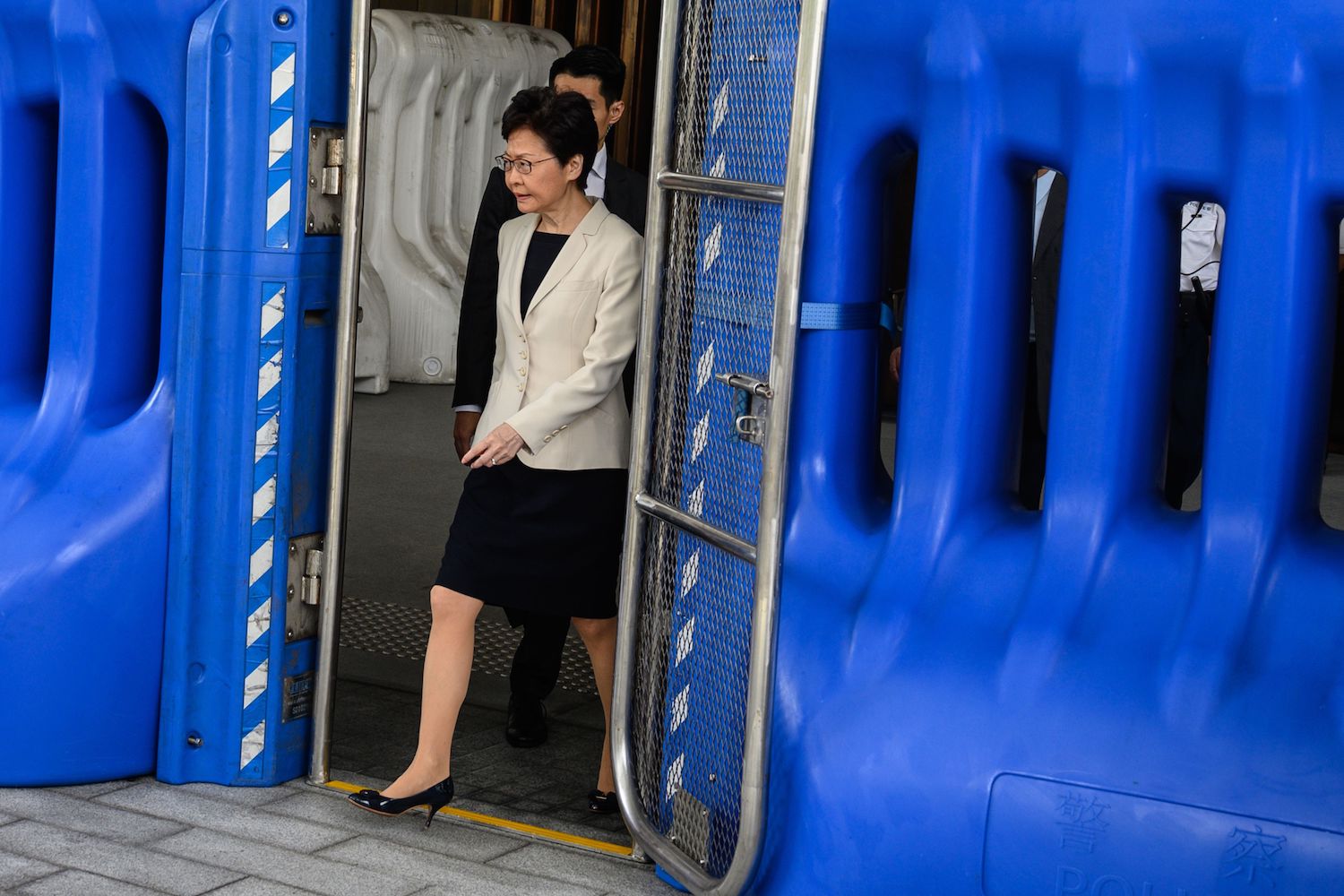 Rating Carrie Lam. Hong Kong has been relatively quiet this week—but there’s more bad news for the city’s besieged chief executive, Carrie Lam, as new polls show opinions of her and the government at record lows. Lam’s net approval rating is negative 44, a 20-point drop from before the current wave of protests. But with Beijing seemingly unwilling to make any move that might be read as weakness, Lam is likely to keep holding on despite being widely disliked by Hong Kongers.

Mao-era paranoia. The nationalist tabloid Global Times launched a bizarre attack on the Chinese smartphone maker Xiaomi last week. Xiaomi’s new advertising campaign, which promises that its devices offer “five platforms—not one less,” was interpreted by the newspaper as covert support for the five demands of Hong Kong protestors, causing Xiaomi to change the ads. This kind of paranoia harks back to Mao-era persecutions, where endless symbolism could be read into the slightest action.

The Global Times was once a very uncertain bellwether of government feeling, but over the last year its politically belligerent editor Hu Xijin has often been used as a conduit to leak upcoming government actions. (Disclosure: I worked under Hu for several years in Beijing.)

Student sent home. A piece of news that’s all over the Chinese internet but has made barely a ripple in America: A Chinese student arriving to study in the United States has been deported (and his visa revoked) because he brought body armor with him. Mass shootings in the United States are huge news in China, both out of entirely understandable horror and fear, especially among parents of students studying in the United States, but also because they’re pushed heavily by state media just as lynchings were in Soviet propaganda. Between this and new visa restrictions, expect a drop in Chinese student populations at U.S. universities.

Empty streets. Firsthand reports from Beijing say that the chengguan, the urban militias that do the bulk of what many Westerners would think of as police work in Chinese cities, have been in overdrive in preparation for the 70th anniversary of the founding of the People’s Republic of China. Repeated sweeps have seen anything left on the streets confiscated, from bikes to crates waiting for delivery. The anti-migrant measures of the last two years had already left many Beijingers without the local stores that were once as characteristic to the city as bodegas are to New York City, but which didn’t match the authorities’ vision of the capital. Survivors of previous purges are now being closed down.

Cutting cables. The Wall Street Journal broke news of a striking example of strained ties between the United States and China: Washington is threatening to block a mostly completed fiber-optic cable project backed by major U.S. investors because of Chinese involvement. Internet traffic still largely depends on vast underwater cables, and China’s rapidly growing presence in the industry has been a source of worry for U.S. security experts for some time.

On Alexa’s heels. Baidu’s Xiaodu, a local version of the voice-operated Alexa, has overtaken Google Home to give the Chinese search giant second place in the global speaker market. That’s unlikely to worry top-ranked Amazon, which sells Alexa, that much: Xiaodu so far performs well only in Chinese, and so it’s reach is limited to China’s borders.

Unirule closes. The Unirule Institute of Economics, a long-standing economically liberal think tank, has been forced to close after threats from municipal authorities in Beijing. Unirule dates back to 1993 and was once an intellectual heavyweight that government officials would regularly consult. The crackdown on independent thought under Xi put severe pressure on the think tank, partly because some of its projects were supported by foreign NGOs. Although it’s fighting the move, the odds of a return are unlikely in an atmosphere in which economic criticism is rapidly becoming as fraught as political dissidence.

Joint ventures under threat. The great decoupling continues as U.S. businesses in China continue to report higher than usual levels of government harassment, along with shady deeds from Chinese partners empowered by the anti-foreign atmosphere. That raises particular problems for companies involved in joint ventures. As the lawyer Steve Dickinson points out, the system is set up in a way that almost guarantees the foreign partner will lose out.

At reader request, a short list this week of some books that any student of China should read—about the Soviet Union. Governance models for the People’s Republic have long borrowed from the Soviets—and the fall of the Soviet Union continues to worry Chinese leaders.

Uncivil Society: 1989 and the Implosion of the Communist Establishment. Stephen Kotkin and Jan T.  Gross’s classic study of how the mechanisms of governance failed in the run-up to 1989 and how communist officials came to believe they could do better under other systems. This book is essential reading to understand how political operators in faltering authoritarian systems evaluate their own futures.

The Affirmative Action Empire: Nations and Nationalism in the Soviet Union, 1923-1939. Even as the Soviet Union crushed and persecuted minorities, it was built on a theoretical foundation of promoting and encouraging national diversity under a communist roof, Terry Martin writes. That same system was copied closely in China—and then largely abandoned both out of fears of separatism and a growing ethnonationalism, but it was still critical in the making of the Chinese border regions such as Xinjiang and Inner Mongolia.

Red Plenty. Somewhere between a novel and a history, every student of the Soviet Union I know speaks about this book by the British writer Francis Spufford with awe. It’s about the techno-utopianism of the Soviet 1960s, a time when it seemed data could solve communism’s problems and avoid the need for a free market. Very similar dynamics are playing out in China right now over technology, surveillance, and big data. 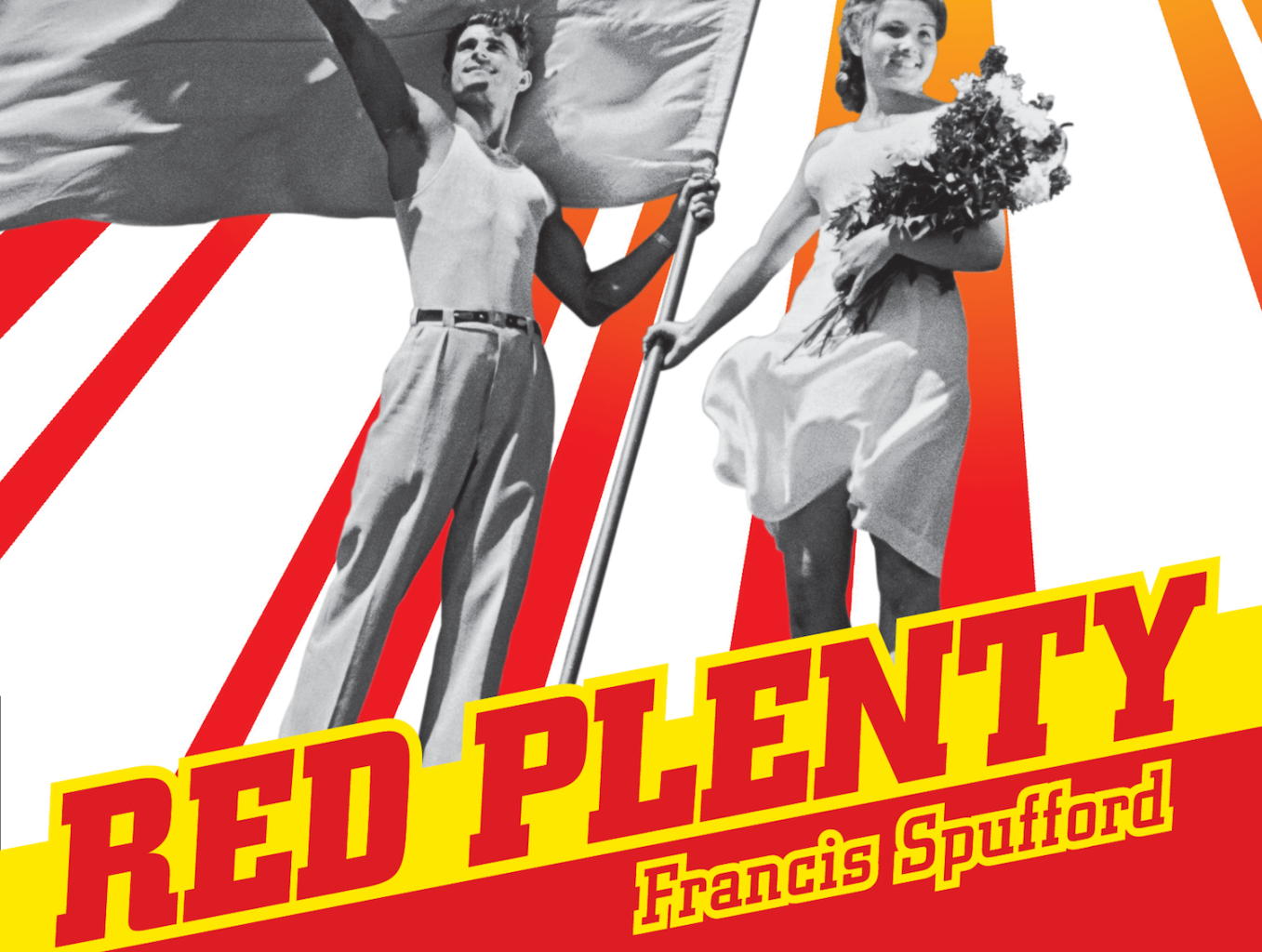 Go to www.foreignpolicy.com for more of our coverage of China and other stories. We welcome your feedback at newsletters@foreignpolicy.com. You can find older editions of China Brief here. For more from FP, subscribe here or sign up for our other newsletters.

NEW FOR SUBSCRIBERS: Want to read more on this topic or region? Click + to receive email alerts when new stories are published on Science and Technology, China, Hong Kong

The World Bank Was Warned About Funding Repression in Xinjiang

Will Trump Break the Yuan?

The trade war has ended in a stalemate. The currency war has just begun.