A contentious extradition bill is finally revoked, but it might be a case of too little, too late.

We welcome your feedback at newsletters@foreignpolicy.com. If you would like to receive this in your inbox, subscribe here.

A Government Climbdown in Hong Kong

Carrie Lam, Hong Kong’s besieged chief executive, has finally bowed to the demand that triggered the summer protest movement: In a televised statement broadcast on Wednesday, Lam said the government would withdraw an extradition bill that would have allowed criminal suspects to be extradited to mainland China. Protesters feared that the bill would be used against dissidents and saw it as a sign of Beijing’s creeping influence. While the bill was suspended in June, until now it remained technically alive in the city’s legislature.

Too little, too late? The formal withdrawal of the bill might have been enough to appease protesters back in June. But today it meets only one of the protesters’ five demands of the government, which now include walking back the use of the word “riot” to describe the protests, dropping charges against protesters, an independent investigation into police brutality, and universal suffrage. Lam’s move is unlikely to bring an immediate halt to the protests, though it could take some of the wind out of the activists’ sails if ordinary Hong Kongers see it as a major concession.

Struggle and sacrifice. Don’t expect too much retreat. Young Hong Kongers are, ironically, the heirs of a great Chinese tradition of student revolutionaries. That legacy goes back to the May 4 Movement, which grew out of a student rebellion on May 4, 1919, and encompasses some of the fiercest mobs of the Cultural Revolution and the Tiananmen protests in 1989. More than anything else, that tradition values sincerity, and young protesters see their elders as treacherous and hollow. Lam’s last-ditch move is likely to reinforce those feelings.

The mainland reaction. After weeks of Chinese media describing the Hong Kong protesters as rioters and terrorists, mainland commentators reacted poorly to news that Lam had withdrawn the bill. Thousands of comments criticizing her decision have been deleted from Chinese social media, in line with the common practice of censoring dissent. Other commenters are already asking what could be a threatening question for the Chinese Communist Party: “If Hong Kongers can get what they want by protesting, why can’t we?”

Fierce speech. A combative speech by Chinese President Xi Jinping at a Communist Party training school published in state media on Tuesday reiterated the idea that China is locked in a global struggle—as usual, without a specific foe. Xi emphasized the dominance of the party and that anything damaging it would in turn damage the country.

Xi’s at the top. Early signs show that Xi is more powerful than ever in the run-up to the 70th anniversary of the founding of the People’s Republic of China in October. Chinese media has officially labeled the party chairman as the “people’s leader,” a title last used regularly by Mao Zedong. While there has been a lot of talk about opposition to Xi, particularly among wealthy Chinese or those outside the country, those within the party have no real ability to act against the president.

Pork emergency continues. African swine fever’s devastating impact on Chinese pig herds is still hitting consumers hard. Prices have already skyrocketed, and there are now reports of pork rationing in at least one city, Nanning. Pork is the chief symbol of middle-class prosperity in China and a key part of its consumer inflation index. The government is searching urgently for foreign supplies, with the possibility of turning to its emergency frozen pork reserves, CNN reports.

Is English Chinese? A group of academics have claimed that English and other European languages are actually descended from Old Chinese—and that European history was faked to conceal its Chinese origins. The controversial theory might seem inconsequential, but watch for people taking advantage of new ethnonationalism to push more claims like this—and to get Chinese state funding for it.

The summer blockbuster. This summer has seen the rarest of things: a good film produced by the mainstream Chinese studio system. The animated hit Ne Zha is a blockbuster about a child-god famous for fighting monsters, a figure once so key to Chinese religion that Beijing was supposedly built after a model of his body. The recent movie comes 40 years after a classic adaption, Sixth Tone notes. The 2019 version of Ne Zha has earned more than $656 million at the box office.

Trump’s trade tantrum. There is no end in sight to the U.S.-China trade war, as Beijing’s failure to capitulate to U.S. President Donald Trump’s demands allegedly caused a stormy tantrum in which he threatened to double tariffs. Meanwhile, the numbers show that U.S. manufacturing activity is hurting and suggest a rising trade imbalance. Chinese trade negotiators may be in Washington later this month, but progress remains unlikely. (And the usual caveat: It’s much harder to feel China’s economic pain, because the data is far less open.)

The social credit system. The EU Chamber of Commerce in China has issued a new report evaluating the Chinese government’s use of “social credit” to keep private companies in line. The account reflects the real use of social credit in contrast to overblown claims such as those seen in the cult TV show Black Mirror. The system’s initial rollout, at least, is supposed to substitute for the dire absence of commercial trust. But as party cells become more integrated into the corporate hierarchy, the data will undoubtedly be used to tighten the party’s grip on the private sector as well.

The far side of the moon. China’s discovery of a mysterious lunar gel during its Chang’e-4 mission probably isn’t important in itself: The substance is likely to be the residue of asteroid impacts. But the fact that China, not the United States, has produced such discoveries lately is disturbing analysts in Washington, where Trump is still pushing for a Space Force—a new and independent military arm. 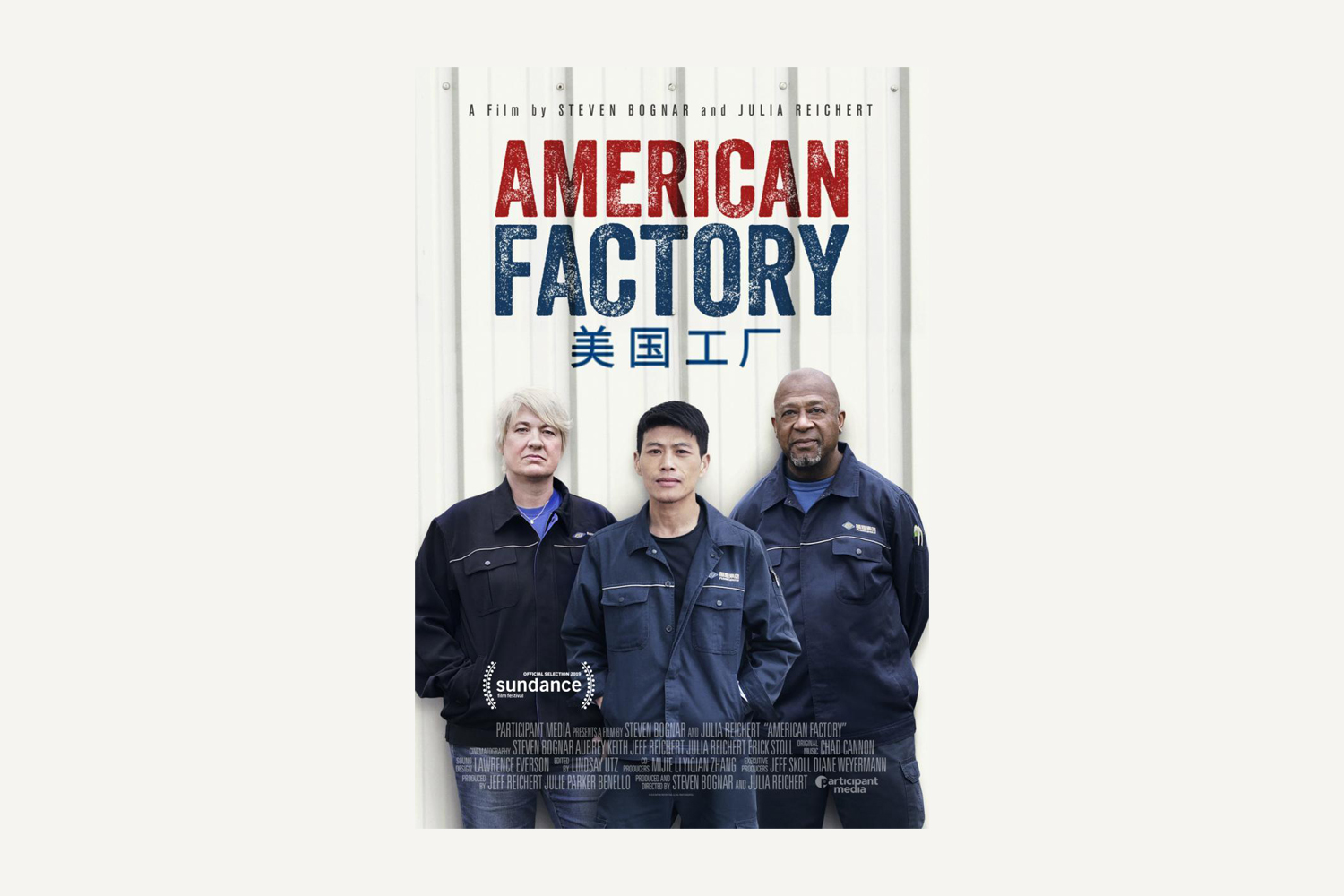 This Netflix documentary, backed by former U.S. President Barack Obama and Michelle Obama’s production company, depicts a Chinese-run glass factory in Ohio. It is a skillful rendition of culture clash and common humanity, but it has also prompted online discussion in China—even though it’s not available in the country. Some commenters are proud of the reversal of fortunes—American laborers working for Chinese managers—but others have noted that American workers enjoy rights that Chinese ones lack.

In 1967, Hong Kong witnessed protests considerably bloodier than the current political crisis when demonstrators backed by the mainland attempted to seize control of the British colony. A similar movement in Macao had caused the Portuguese to give the Chinese Communist Party a major role in the city’s governance. In Hong Kong, the British authorities fought back: 51 people were killed by the leftists’ bombs or by the police.

One of the most significant victims was the radio journalist Lam Bun, a fiercely anti-Communist commentator who was burned to death, along with his cousin, by a leftist combat group. Lam’s murder outraged Hong Kongers, and he became a symbol of free speech in the city. The knife attack against a prominent editor in 2015 stirred memories of Lam’s murder. With Hong Kongers on edge about both police and triad violence, his story remains uncomfortably resonant.