Plus: Afghan peace talks called off, Hong Kong’s students in the streets, and what to watch in the world this week.

Another Brexit Showdown in Parliament 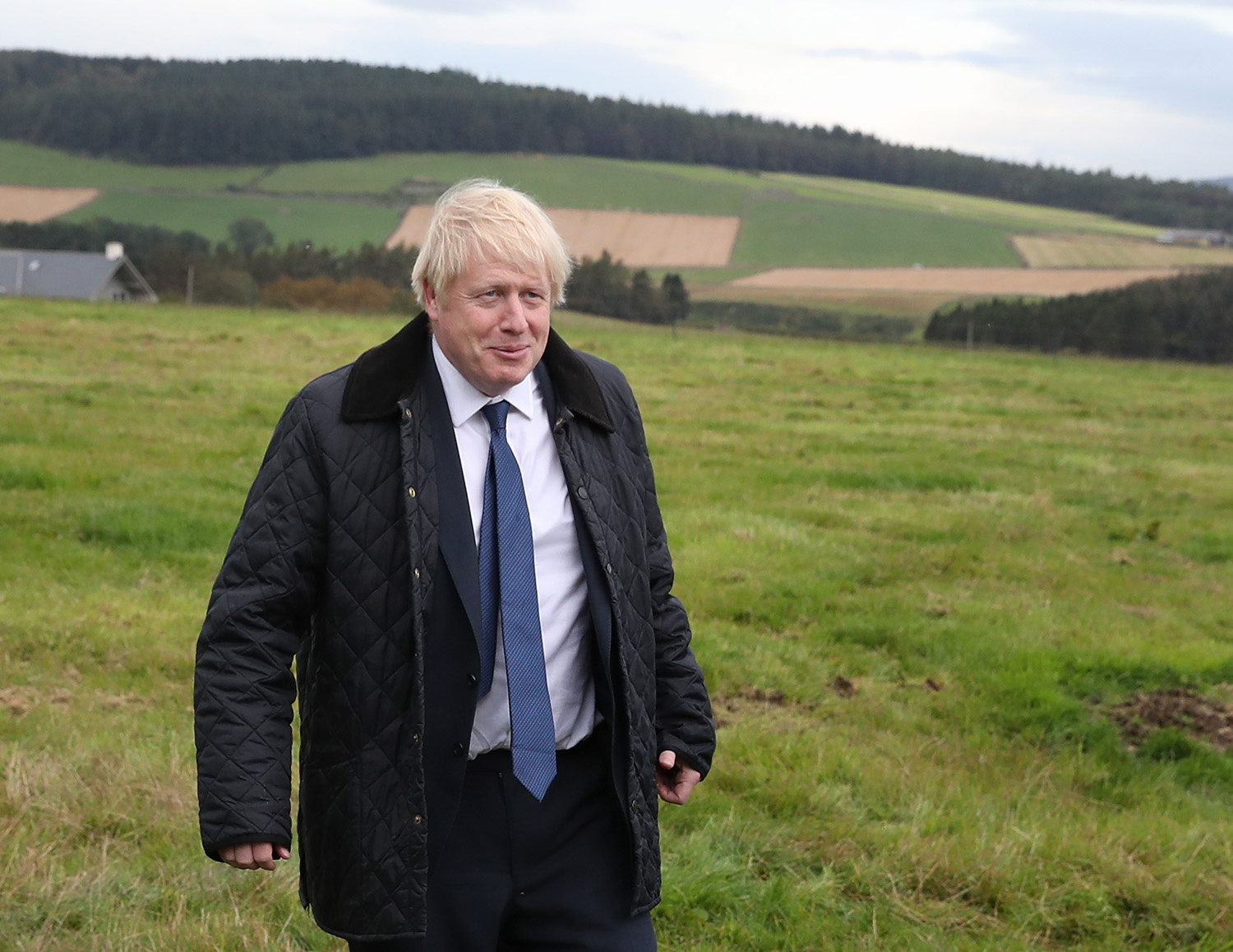 It’s a decisive day in British politics as opposition lawmakers prepare to seek an emergency debate to force Prime Minister Boris Johnson to adhere to the bill passed last week—and expected to be signed into law today—which would force him to request a Brexit delay from the European Union. Once the bill is signed, Johnson will likely push for another vote on whether to call a general election.

The Telegraph reported late Sunday that Johnson’s team has drafted plans to try to legally stop a three-month extension if Parliament votes against a general election (as expected), including sending a letter to the European Union indicating that the government doesn’t want a delay after Oct. 31—a move that would effectively undermine the extension request mandated by Parliament.

A Downing Street source was more blunt, telling the Guardian that “We intend to sabotage any extension.” According to Former Supreme Court Justice Jonathan Sumption that would place Johnson at risk of being held in contempt of court. “To send the letter and then try and neutralise it seems to me to be plainly a breach of the act,” argued Sumption.

A quick trip to Dublin. But first, the British prime minister traveled to Dublin to meet with his Irish counterpart, Leo Varadkar—who reportedly pressured Johnson over the details of his alternative to the Irish backstop to avoid a hard border. Varadkar has already said that he doesn’t expect an agreement today, seeing more potential at the EU summit on Oct. 17-18.

As Johnson visited Ireland, EU officials accused him of ignoring commitments under the Good Friday Agreement to protect cooperation between Northern Ireland and the Republic of Ireland and safeguard peace. In Dublin, Johnson acknowledged worries about the emergence of a hard border and emphasized his desire to reach an agreement; he declared that a no-deal Brexit would be a “failure of statecraft for which we would all be responsible.”

Under fire. Johnson is increasingly under fire within his own party, after a prominent cabinet member, Amber Rudd, resigned from the government and the Conservative Party over the weekend. “I no longer believe leaving with a deal is the government’s main objective,” she wrote in her resignation letter. Rudd’s decision could encourage other cabinet members who disagree with Johnson over Brexit to quit, too.

What will Europe do? EU diplomats are growing frustrated with the state of British politics: French Foreign Minister Jean-Yves Le Drian has threatened to veto any Brexit extension under the current circumstances—especially surrounding the Irish backstop. “It’s very worrying. The British must tell us what they want,” Le Drian said.

Afghanistan’s peace talks, canceled. After U.S. President Donald Trump abruptly and unexpectedly canceled the ongoing peace talks with the Taliban, the group responded on Sunday by threatening to take more American lives. The United States, for its part, has promised to maintain military pressure on the Taliban—which now claims more territory in Afghanistan than it has since 2001. The Afghan government, which wasn’t party to the talks, has welcomed the development.

U.S. and Taliban negotiators had agreed to a draft deal last week, but the deal—including a U.S. troop drawdown—appears to be off. After the announcement, Zalmay Khalilzad, the U.S. special envoy for Afghanistan, was recalled to Washington to plot next steps. Trump’s abrupt decision reportedly followed disagreements within the administration.

Students continue protests in Hong Kong. Hundreds of young Hong Kong students took to the streets on Monday in support of anti-government protesters amid a tense mood in the city following another weekend of violence. This weekend’s protests, including a rally at the U.S. consulate, were intended as an appeal for U.S. intervention in the political crisis. China’s state media on Monday cited the events as proof of foreign influence in the ongoing protests.

Norway holds regional elections. Today’s regional elections in Norway have been described as a referendum on the country’s climate policies, the Guardian reports. Anger about increasing road tolls and congestion charges has prompted the formation of the People’s Action—No to More Road Tolls (FNP) party, which is expected to make significant gains. Norway ranks second (after Germany) for car ownership in Europe.

The U.S. Congress returns from its summer recess today with a big agenda ahead, including negotiations over the government budget and U.S. President Donald Trump’s plan to fund a wall along the border with Mexico—which Democrats oppose. The 2020 fiscal year begins on Oct. 1.

Teachers across Jordan have gone on an “open-ended” strike to demand that the government honor its 2014 commitment to a 50 percent salary increase, which has yet to take effect. Thousands protested in support on Thursday, and teachers continued to demonstrate through the weekend.

Zimbabwe will hold a state funeral on Saturday for Robert Mugabe, the former president who died on Friday at the age of 95. There is some disagreement over his final resting place: The government plans to bury Mugabe at the National Heroes Acre monument in Harare, while his family insists he be buried in his home village.

Ongoing violence in South Africa. Xenophobic violence broke out again on Sunday in Johannesburg with one person killed as police clashed with rioters, who have targeted migrant-owned businesses in South Africa over the last week. The violence has increased tensions between South Africa and Nigeria, and Nigerian President Muhammadu Buhari announced over the weekend that he would visit South Africa next month.

Guatemala’s “state of siege.” Over the weekend, Guatemala’s Congress voted to impose a temporary state of siege in the country’s northeast, where three soldiers were killed by suspected drug traffickers last week. The state of siege gives the country’s military new power to arrest suspects in the region—known for drug-trafficking—and has prompted significant opposition from civil society organizations.

Election cameras in Israel. Israel’s cabinet has submitted a law to the Knesset for approval that would allow cameras to be installed in polling stations ahead of the country’s general election next week. Critics say the move is intended to intimidate Arab voters, who already had low turnout in April. The election is set for Sept. 17, with polls predicting a close contest. 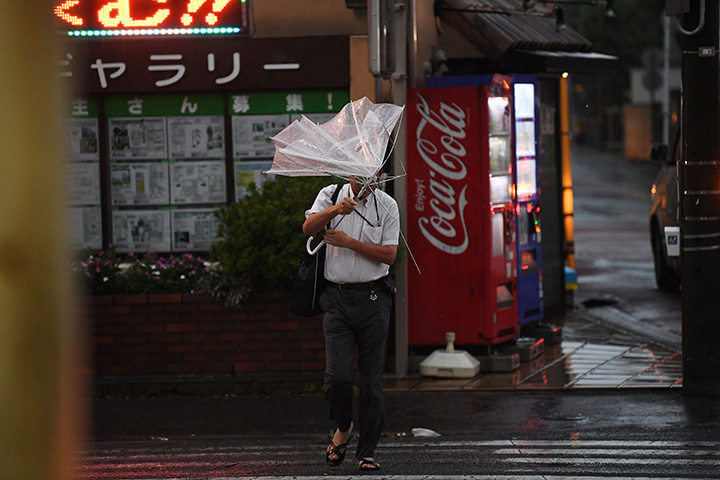 A man with an umbrella crosses a street early morning under the rain as a typhoon hits Tokyo on Sept. 9. CHARLY TRIBALLEAU/AFP/Getty Images

Typhoon Faxai made landfall in Japan early Monday, hitting Tokyo—where authorities issued non-compulsory evacuation warnings affecting close to 400,000 people, warning that the storm’s rain and wind could set records for the capital. The typhoon disrupted the morning commute as well as air traffic to Tokyo, as more than 100 flights were cancelled.

After a flyover of the Bahamas on Sunday, the head of the U.S. Agency for International Development (USAID) likened the scene on the ground after Hurricane Dorian to damage from a nuclear bomb. USAID is still working to provide aid in the islands with heavy damage, with thousands of residents fleeing to Nassau, the capital, or to the United States.

Dozens of bushfires are burning in Australia, and authorities say they consider it a sign of a severe summer fire season as parts of the country grapple with extreme drought. “We’ve never seen this before in recorded history, fire weather has never been as severe this early in spring,” a fire inspector told Reuters.

Canada’s lobster industry is booming—in part due to the U.S.-China trade war. Prices have skyrocketed since China announced new tariffs on live lobsters from the United States in July, the Guardian reports. Already the world’s biggest supplier of lobster, Canada is expecting a surge in demand—much of it from Asia.