Why the Failed U.S.-Taliban Talks Represent a Victory for India

New Delhi has never recognized the Taliban as a legitimate political actor.

The highlights this week: Regional reactions to the end of the Afghan peace talks, an internet shutdown in Bangladesh, India’s failed moon landing, and the death of a protester in Kashmir.

What’s Next for the Region After Afghan Talks Declared “Dead”

The highlights this week: Regional reactions to the end of the Afghan peace talks, an internet shutdown in Bangladesh, India’s failed moon landing, and the death of a protester in Kashmir.

What’s Next for the Region After Afghan Talks Declared “Dead”

When U.S. President Donald Trump told reporters on Monday that the peace talks with the Taliban were “dead,” it would have been fair to wonder if there may be a reversal at some point. After all, one issue that Trump’s White House has shown consistency on is its desire to bring U.S. troops back home—and there is wide consensus that a rushed withdrawal without sustained peace could backfire.

The Taliban responded to Trump’s weekend tweets calling off a proposed Camp David summit on Afghanistan with its own message on Twitter, making clear that it had all the time in the world: “The Islamic Emirate has a solid and unwavering policy,” wrote spokesman Zabihullah Mujahid (translated in full by FP). “We called for dialogue 20 years ago and maintain the same stance today. And we believe the United States shall return to this position as well.”

Internal differences. Plans to host the Afghan insurgent group at Camp David divided Trump’s national security team, as FP’s reporting has shown, and confirmed Tuesday with the resignation of National Security Advisor John Bolton. Bolton had been opposed to talking to the Taliban, in stark opposition to the stance of Secretary of State Mike Pompeo, who appeared on all five major Sunday talk shows and said “you often have to deal with some pretty bad actors” to negotiate peace. But even Trump ally Sen. Lindsey Graham told the Washington Post, “We dodged a bullet here.”

And in a somewhat rare occurrence, nine former U.S. officials with experience in Afghanistan—including five former ambassadors to the country—described how the talks went against core U.S. values in a post on the Atlantic Council website. “Whether or not the United States wants or is willing to keep some forces engaged, we should not undercut the legitimate government in Afghanistan by keeping them out of negotiations,” they wrote.

Regional fallout. Pakistan, often blamed for violence and instability in Afghanistan, had become a crucial go-between for the Afghan talks given its ability to help bring the Taliban to the table. The collapse of negotiations will give Pakistan pause, but it is likely to remain an important arbiter in Afghanistan as Prime Minister Imran Khan’s government seeks to tighten ties with Trump’s White House.

Officials in India, meanwhile, are likely to be sighing with relief—for now—as they look ahead to Afghanistan’s presidential elections later this month. New Delhi, which is seen as having close ties with Kabul’s civilian leaders, is the only major regional capital that refuses to officially recognize the Taliban as a legitimate political actor. It has viewed the U.S.-led talks as a potential disaster.

Gautam Mukhopadhaya, who served as India’s ambassador to Afghanistan, wrote in an email that the collapse of negotiations “will at least pull Afghanistan from the brink of a disaster foretold—for the moment.” He added, “India should support the Afghan elections in principle as an exercise of Afghan sovereignty and the basis of an Afghan-led, Afghan-owned, Afghan-controlled peace process.”

Election worries. As shown below, one consistent trend is that Afghans increasingly fear for their personal safety, despite the enduring the presence of troops. If the presidential election goes ahead this month, millions will once again have to decide whether to participate—even at the cost of their lives. 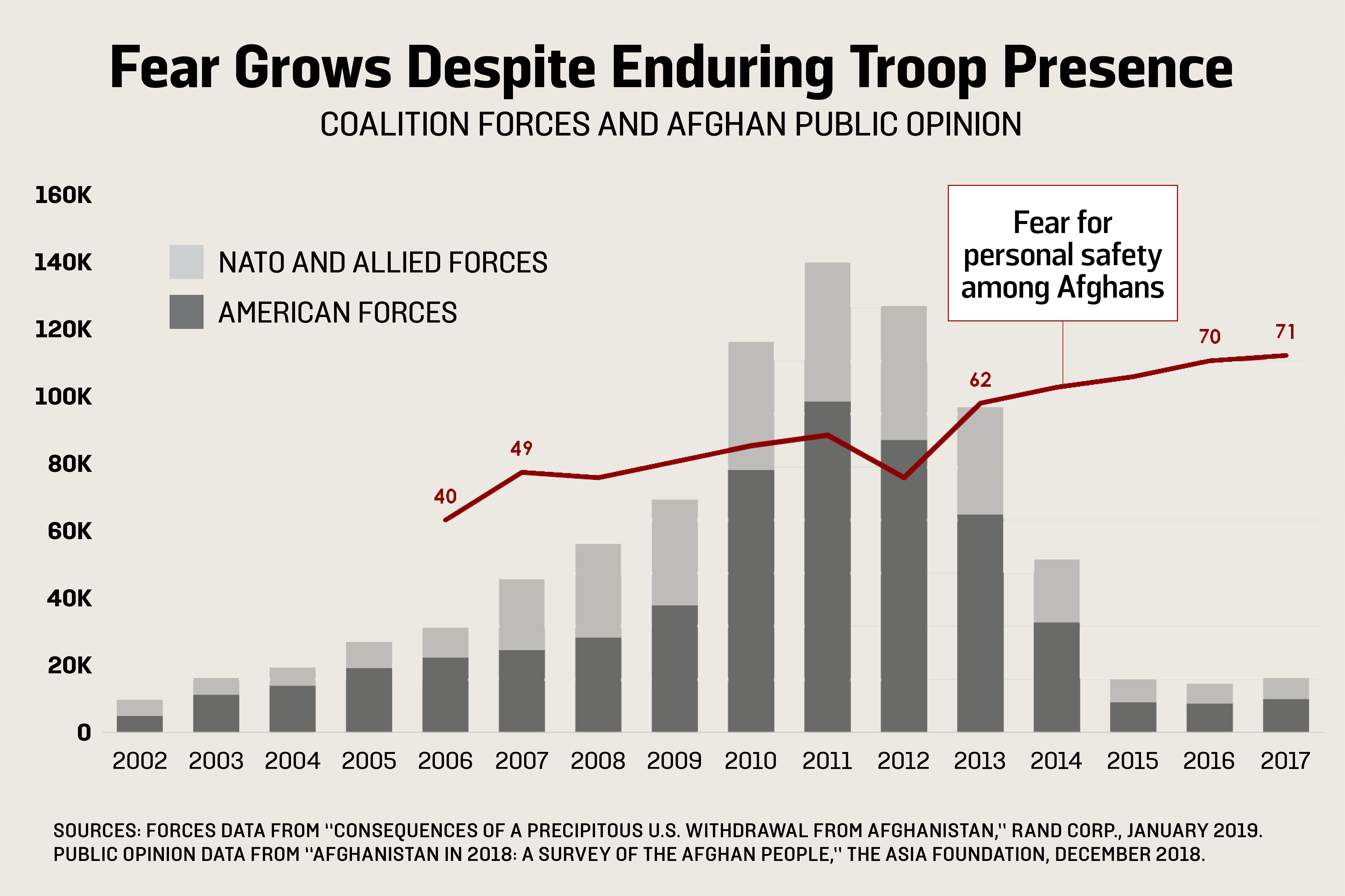 September is UNGA time. Before we move on to other stories: a plug for our annual pop-up newsletter, U.N. Brief, delivered from Sept. 23-27 as world leaders convene in New York for the 74th U.N. General Assembly. Sign up for exclusive daily scoops and analysis from diplomatic reporters Colum Lynch and Robbie Gramer here.

Kashmir simmers. Over a month after New Delhi revoked Kashmir’s special status, tensions in the region are as high as ever. Indian officials confirmed the first death of a protester in the region last Wednesday, and a Pakistani military spokesman warned that India was “sowing the seeds of war” in Kashmir. Over the weekend, India’s national security advisor accused Pakistan of aiding about 230 militants trying to infiltrate Indian-administered Kashmir. The same day, Pakistani police arrested at least 22 demonstrators for clashing with officials during a pro-Kashmiri independence protest near Muzaffarabad, the capital of Pakistani-administered Kashmir.

[Read Yashraj Sharma’s dispatch from inside Indian-administered Kashmir, where thousands of detainees are locked in makeshift jails.]

Can’t hear you now. South Asia is facing another internet shutdown, this time in Bangladesh. Last Tuesday, Dhaka partially cut off mobile data services—including 3G and 4G—to about a million Rohingyas living in refugee camps in Cox’s Bazar. The move comes after failed efforts this month to begin repatriating the refugees back to Myanmar and amid a purported rise in crime in the camps.

Tightening the Belt and Road. Faced with a major financial crisis, Pakistan may be slowing projects launched in the country as part of China’s Belt and Road Initiative. Beyond the fact that Pakistan already owes tens of billions of dollars to China—cash it can’t afford to repay—the country could also be trying to improve ties with the United States.

Hard landing. In July, India launched Chandrayaan-2, a large space orbiter whose Vikram lander was supposed to touch down on the moon last Friday, making India the fourth country to achieve the feat. Unfortunately, over the weekend Vikram lost contact with its earth-bound operators and presumably crashed. On Monday, officials from the Indian Space Research Organization confirmed that they had located the landing module on the lunar surface, although it is unclear how much damage it has sustained.

Across South Asia, more citizens are leaving to settle elsewhere than are moving in. But two countries are an exception. Which two South Asian countries do not have a negative net migration?

Colombo’s cash. Finance ministry officials in Sri Lanka say the country will record its highest fiscal deficit in three years, citing a “difficulty in cutting down government spending after the Easter Sunday attacks,” according to Reuters. The island nation had a deficit target of 4.4 percent set by the International Monetary Fund, which recently extended a $1.5 billion loan for another year. Sri Lanka is now expected to record a 5.4 percent deficit this year.

Garment worker safety in Bangladesh. A group of European fashion brands, including Benetton and H&M, agreed last week to delegate responsibility for safer working conditions at its factories in Bangladesh to a new body called the Readymade Sustainability Council. In 2013, a massive fire led to the collapse of a garment factory outside of Dhaka, killing more than 1,100 people. According to Reuters, readymade garments accounted for $34 billion of Bangladesh’s exports, or nearly 16 percent of the country’s GDP.

Digital life. The telecommunications behemoth Reliance launched its broadband service, Jio Fiber, in India last week, offering speeds of up to 1 Gbps. Jio has already disrupted India’s internet industry once before: In 2016, it offered free calls and data on its new cellular service for six months, capturing more than 100 million new subscribers. Expect another period of consolidation in the Indian internet market, with smaller players forced to merge or simply shut down.

Keep on truckin’. Bulbul, the debut feature from the writer and director Binod Paudel, has already scored some of Nepal’s top film awards. Now it may be heading to the Oscars, with Nepal selecting the film as this year’s submission. The movie follows a female truck driver trying to keep her family afloat in Kathmandu as her husband, a migrant worker in Saudi Arabia, sends home remittances. The themes will be familiar for the nearly 1,600 Nepalis who leave the country every day in search of better opportunities. 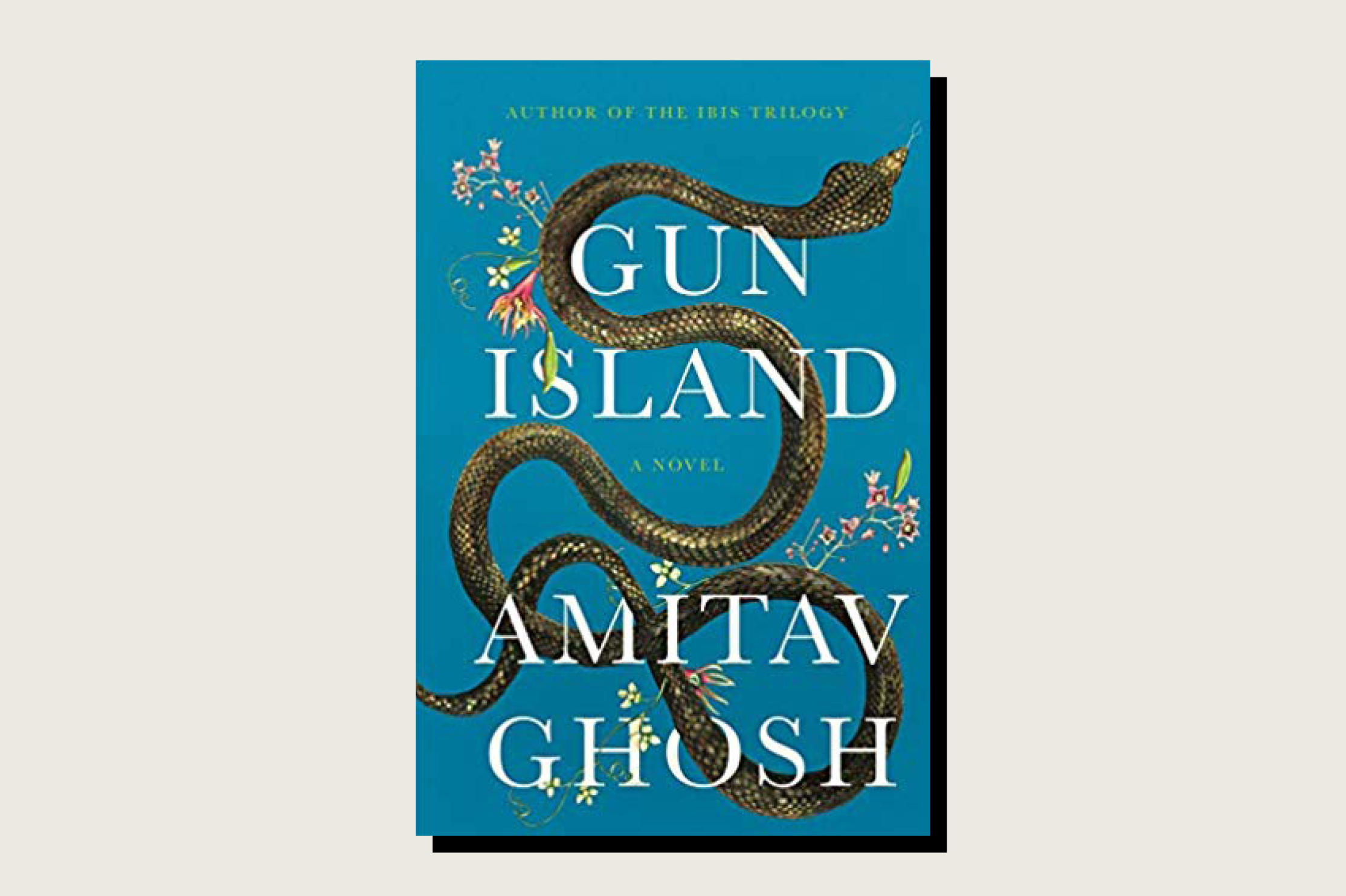 The fact and fiction of climate change. The Indian novelist Amitav Ghosh’s new novel, Gun Island, was released today in the United States. Ghosh, a 2019 FP Global Thinker, has long argued that writers, producers, and artists do the world a disservice when they fail to use their stories to highlight the great climatic disasters of our time. With Gun Island, Ghosh heeds his own call: The novel tracks river dolphins fleeing pollution in the Sundarbans, forest fires in Los Angeles, and a flooding Venice—all while engaging readers in a set of interlinked stories that read like a thriller.

D) Bhutan and the Maldives.

In 2017, according to World Bank data, Bhutan had a net migration of zero, which makes sense given the difficulty of traveling either into or out of the country. The Maldives, meanwhile, had a positive net migration of 9,758 people—small, but perhaps worrying as climate change threatens the island.