Plus: Afghanistan braces for violence, Britain’s Parliament is suspended, and the other stories we’re following today.

Here is today’s Foreign Policy brief: Evacuees from the Bahamas seeking refuge in the United States face hurdles, Afghanistan prepares for the possibility of more violence, and the British Parliament shuts down.

Evacuees from Bahamas Turned Away 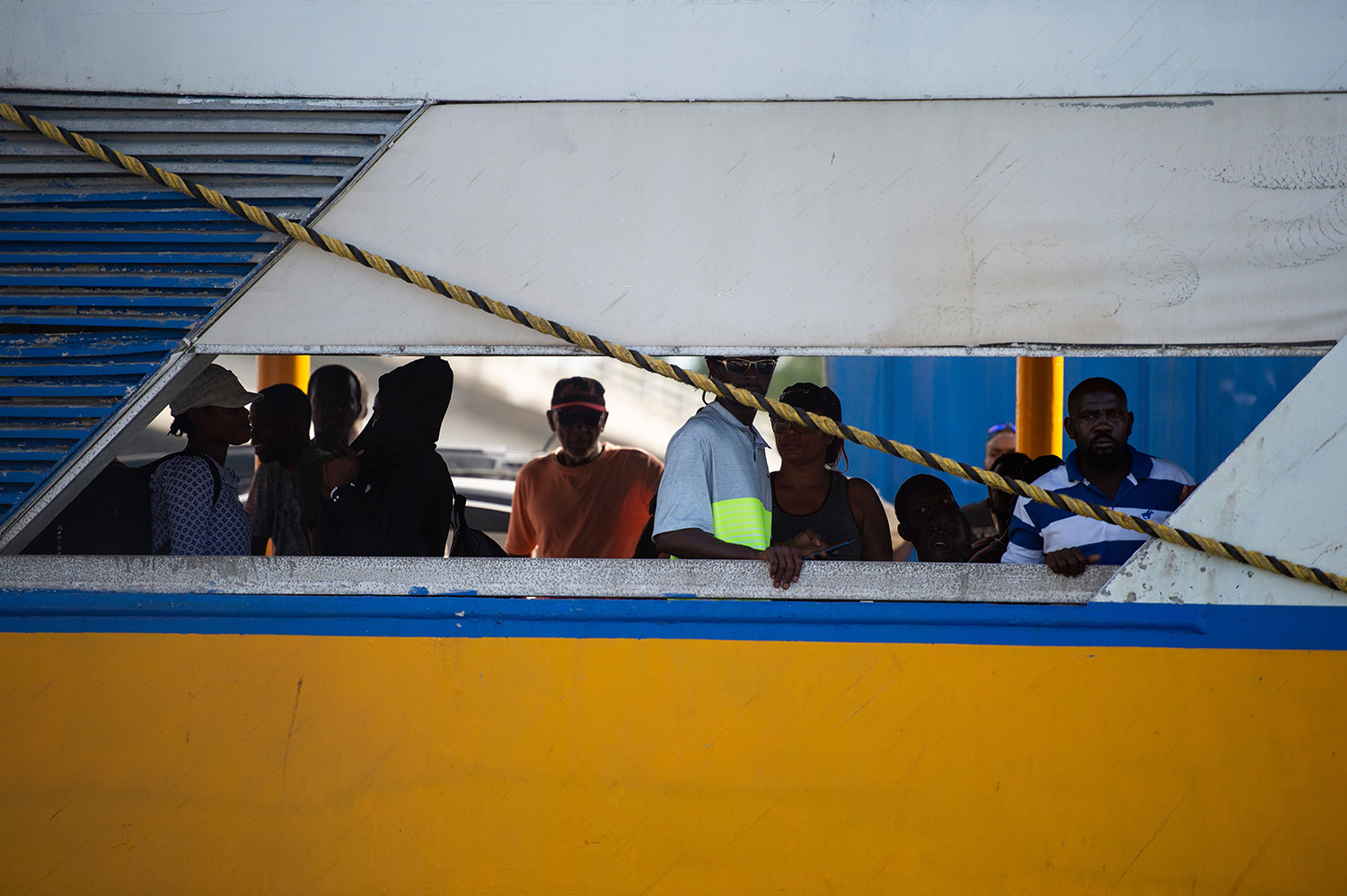 Evacuees look on from a ferry after leaving Marsh Harbour in the aftermath of hurricane Dorian in Nassau, Bahamas, on September 9.ANDREW CABALLERO-REYNOLDS/AFP/Getty Images

Late Sunday, dozens of Bahamas residents seeking shelter in the United States after the devastation of Hurricane Dorian were removed from a Florida-bound ferry because they didn’t have valid U.S. visas. In the wake of the incident, Florida politicians on Monday called for U.S. President Donald Trump to grant the evacuees refuge.

It remains unclear whether the Trump administration will do so. On Monday, Customs and Border Protection officials issued conflicting statements about the visa policy, with the Miami office claiming it was operating on a case-by-case basis. Later, Trump said his administration might extend temporary protected status to the evacuees, though no formal grant has been offered.

Another obstacle. The visa problem presents yet another obstacle for evacuee families—many traveling with children—after the storm. Bahamas residents told Reuters that documents, including passports had been lost to flooding. While many have already fled to the capital, Nassau, limited employment and housing options there could lead people to attempt to emigrate to the United States.

“Very bad people.” Trump’s rhetoric regarding the evacuees sounded similar notes to his earlier comments about refugees and immigrants, suggesting that an open door to evacuees would allow criminals to end up in U.S. territory. “I don’t want to allow people that weren’t supposed to be in the Bahamas to come into the United States—including some very bad people and very bad gang members,” Trump said.

Asylum policy faces pushback. The administration’s reaction to those fleeing the Bahamas follows a push to tighten U.S. immigration policy, including for asylum seekers. On Monday, it encountered some pushback when a U.S. judge ruled that an injunction against Trump’s asylum restrictions should apply throughout the United States. Meanwhile, Mexico reiterated that it will not become a safe third country for asylum seekers.

Afghanistan braces for violence after deal collapses. The U.S. military will ramp up its operations in Afghanistan, after U.S. President Donald Trump abruptly called off the United States’ ongoing negotiations with the Taliban over an end to the country’s long war. Trump on Monday declared the talks “dead” after the Taliban killed a U.S. soldier in a suicide bombing.

“We’d like to get out but we’ll get out at the right time,” he added. The Taliban had increased its attacks within the country even as the talks continued, and now that they have been called off Afghans are preparing for the possibility of further violence from the insurgent group.

Trump’s last-minute decision to call off a meeting with Taliban leaders followed heated discussions within his administration over the plan. The disagreements reflect a growing rift between Secretary of State Mike Pompeo and National Security Advisor John Bolton, Foreign Policy reports.

Britain’s Parliament prorogued. The British Parliament is now suspended until Oct. 14. On Monday, it once again rejected Prime Minister Boris Johnson’s calls for an early election. Opposition leader Jeremy Corbyn declared that he would not be willing to support a new election until it was clear the government would not move forward with a no-deal Brexit. Johnson has refused to request a Brexit delay—per the law signed on Monday—when he meets EU leaders on Oct. 17.

Amid the other setbacks, a new bill ordered the prime minister to release a set of documents laying out government plans for a no-deal Brexit by Wednesday. It also instructed Johnson to disclose text and social media messages relating to the suspension of Parliament sent by advisor Dominic Cummings and other aides; the Conservative former attorney general Dominic Grieve hinted that the messages would reveal a “scandal.”

North Korea conducts another test launch. Early Tuesday, North Korea launched two unidentified projectiles, according to South Korean military officials. The launch came hours after North Korea indicated that it would be willing to restart nuclear negotiations with the United States later this month and marks the eighth test since North Korean leader Kim Jong Un and U.S. President Donald Trump met at the border between the Koreas in June and agreed to resume the stalled talks.

Venezuela’s money. Since U.S. sanctions have made it difficult for Venezuela to make financial transactions, the country’s central bank has been relying on its Spanish counterpart, the Bank of Spain, to move money, Bloomberg reports. More than 100  individuals or entities associated with President Nicolás Maduro’s regime have been sanctioned by the United States since 2017. The U.N. human rights chief again condemned the regime’s record on Monday.

The next IMF chief. The Bulgarian economist Kristalina Georgieva is the only candidate for the International Monetary Fund’s top job, its board announced Monday. If selected, Georgieva will take over at a delicate time as the U.S.-China trade war threatens the global economy and countries like Argentina—which the IMF bailed out last year—remain vulnerable.

A dramatic U-turn by the UAE. In 2013, the United Arab Emirates began to assert itself as a major regional actor. But in July, this strategy changed as it withdrew from the war in Yemen and softened its stance on Iran. The shift might not mean the end of the UAE’s support of proxies but it could change its relationship with Saudi Arabia, Hassan Hassan argues in FP.

Kashmir’s detainees. Around 400 of the thousands of people arrested in Indian-administered Kashmir since Aug. 5—when New Delhi revoked the territory’s special status—are detained in makeshift jails around Srinagar, the capital. The detainees include politicians, activists, and children, Yashraj Sharma reports for FP.

Hong Kong’s anti-government protests continue to have adverse effects on the city’s economy that could continue even after Chief Executive Carrie Lam’s withdrawal of the controversial extradition bill last week. In August, tourist arrivals to Hong Kong fell by 40 percent compared to a year ago, the Wall Street Journal reports. That marks a significant decline since July (when arrivals had decreased by just 5 percent) and the biggest blow to Hong Kong’s tourism since the SARS virus outbreak in 2003.

A tree disease that has killed 1 million ancient olive trees in Italy has been detected in France, officials say, though only two infected trees have been discovered so far. Xylella fastidiosa, or olive tree leprosy, cannot be cured or prevented—meaning that any trees with the disease must be destroyed. French authorities are conducting more tests.