Europe’s Economy Is Slowing Down

Plus: Iran’s released oil tanker, rallies in Hong Kong, and the other stories we’re following today.

Why Did the ECB Cut Interest Rates?

On Thursday, the European Central Bank cut rates on deposits for the first time since 2016, setting a new record low at -0.5 percent. The move was part of a broader stimulus package as Europe’s economy slows down and it is the latest signal of concern about a potential global recession. The package also includes a revival of the 20 billion euro program to buy bonds for an unlimited period, known as quantitative easing.

It has prompted opposition from the chiefs of the German, Dutch, and French central banks, who didn’t believe the current state of Europe’s economy warranted the large stimulus. Speaking at a press conference later, outgoing ECB President Mario Draghi warned countries that slowing economic growth in the eurozone did require a quick response.

Trump responds. U.S. President Donald Trump quickly responded to the ECB’s move, claiming that it was trying to deliberately depreciate the euro to boost exports. The U.S. Federal Reserve is expected to announce its own rate cut later this month. In his press conference, Draghi took the opportunity to rebut Trump: “Now is the time for fiscal policy to take charge,” he said.

What’s next? The ECB also readjusted its forecast for growth and inflation in the eurozone, which means that interest rates are expected to stay low for longer than previously expected (until mid-2020). Experts tell the Financial Times that the negative interest rates could lead to a distorted economy—and may not have the intended effect of boosting growth.

U.S. has evidence that Iran sold oil to Syria. The U.S. State Department said Thursday that it has evidence that the Iranian tanker released by Gibraltar last month sold its oil to the Syrian government, breaking a pledge that it wouldn’t sell to the country. Britain’s foreign ministry claimed earlier this week that the Adrian Darya 1 had transferred the oil to Syria’s government, raising tensions between the countries. Iran denies the allegations.

Hong Kong’s protests to coincide with festival. Pro-democracy protesters in Hong Kong will hold rallies today alongside the city’s traditional Mid-Autumn Festival, including public transport disruptions. Another airport “stress test” and a protest in front of the British consulate are planned for later this weekend. China’s rhetoric decrying the protesters has continued—and it comes with a hefty dose of old patriarchal themes, Jeannette Ng writes for FP.

Trump’s asylum rule goes into effect. The administration of U.S. President Donald Trump has begun enforcing its restrictive asylum rule, which requires asylum seekers to first seek refuge in a third country. The Supreme Court allowed it to take effect on Thursday, causing despair among Central Americans and other asylum seekers sheltering in Mexico. Mexico’s government—already under pressure to slow migration—has criticized the ruling.

What Israel’s voters aren’t worried about. Israel’s general election next week takes place as its economy is beset by rising inequality and lagging productivity. But voters aren’t focused on economic policy, Dany Bahar and Zvi Eckstein write for FP: “The main issue for Israelis voting on Sept. 17 is whether you’re voting for Prime Minister Benjamin Netanyahu or not.”

Afghan reactions to the canceled peace talks. Despite a rise in violence across Afghanistan, many Afghans are relieved the long-negotiated peace deal between the Taliban and the United States fell through, Stefanie Glinski reports for FP. That’s because people fear that a large-scale withdrawal of U.S. troops could fuel more Taliban violence.

Raids against Russia’s opposition. On Thursday, Russian police conducted more than 200 raids of homes and offices of people who support the opposition leader Alexei Navalny—appearing to target allies who had galvanized support for opposition rallies or run in the country’s local elections last Sunday. The raids took place in 43 cities.

A crackdown in West Papua. A pro-independence group in the Indonesian province of West Papua claims that Indonesian police abducted an activist leader, the Guardian reports. Buchtar Tabuni, allegedly detained on Monday, is seen as masterminding the recent protests that spread throughout West Papua and to other provinces in Indonesia. Allegations of violence against protesters continue to emerge.

A recent study found that air quality in Beijing has improved over the last five years, meaning the city could drop out of the list of the world’s top 200 most polluted cities. But as the government has clamped down on air pollution in the capital, the air quality in other parts of China is getting worse.

Climate activists in London have said they will go ahead with a plan today to disrupt Heathrow Airport using drones as a form of protest, potentially affecting thousands of passengers. London police preemptively arrested five people for conspiracy to cause a public nuisance.

Researchers in Switzerland project that the Aletsch Glacier—the largest in the Alps—could disappear completely by 2100. The glacier is one of 4,000 throughout the Alps, and it’s already receding: It has lost a kilometer of ice since 2000.

Wildlife experts are worried that an increasing number of feral hogs at the U.S.-Canada border could mean trouble for the United States, the Guardian reports. Wild hogs, which are aggressive and difficult to track, cause an estimated $1.5 billion in damage annually. 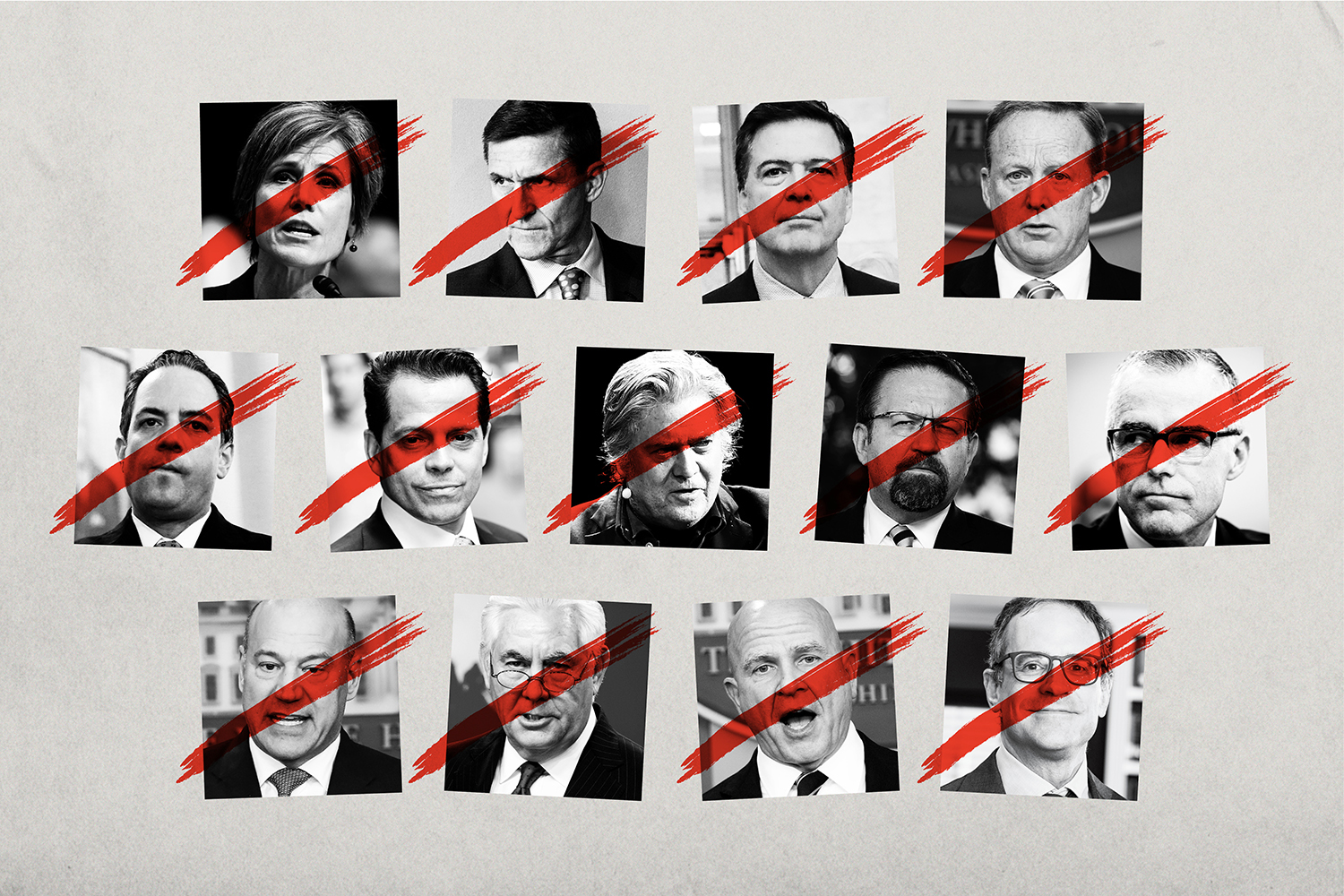 Check out some of Foreign Policy’s top reads on other notable dismissals—the first in a two-part series.

Later today on FP’s podcast, First Person: After the peace talks with the Taliban were called off this week, FP takes a look back at the beginning of U.S. involvement in Afghanistan in 2001. Ambassador James Dobbins, former Special Representative to Afghanistan, describes how mistakes made in those early months paved the way for an 18-year war.

How Russia Is Prodding Scotland Toward Independence

If Iowa Were in Africa, International Observers Would Be Crying Foul

The Oslo Accords Are Dead. Should the Palestinian Authority Live On?