Trump will join the Indian prime minister as he addresses a crowd of 50,000 people. Despite some of their similarities, the two leaders may not share the same fans.

The highlights this week: Modi and Trump to make a joint appearance in Texas, religious riots break out in Pakistan, and rising oil prices worry South Asian importers.

The highlights this week: Modi and Trump to make a joint appearance in Texas, religious riots break out in Pakistan, and rising oil prices worry South Asian importers.

Indian Prime Minister Narendra Modi will address more than 50,000 people—mostly members of the Indian diaspora—in Houston on Sunday at an event called “Howdy, Modi!” Joining him onstage at the home of the NFL’s Houston Texans will be another man who loves giant crowds: U.S. President Donald Trump. The event is the third meeting between Trump and Modi in three months, after the G-20 summit in Japan in June and the G-7 summit in France last month.

U.S.-India partnership. For a couple of decades, the U.S.-India relationship has grown stronger, irrespective of the party or leader in power in either country. The two countries maintain regular high-level meetings on defense and foreign policy, and in 2016 the United States even designated India a “major defense partner.” But trade ties have been worsening of late as both sides have dug in their heels on tariffs, agricultural market access, and e-commerce rules.

That may soon change. On Tuesday, Indian Foreign Minister Subrahmanyam Jaishankar told the media that “the relationship is in very good health,” adding that trade talks were ongoing. “Trade problems are normal with people you are closest to, since most trade happens with them,” he said. U.S. officials have mirrored those sentiments in recent months. At a speech in New Delhi in June, U.S. Secretary of State Mike Pompeo said the two countries “have the ability to forge a new kind of cooperation that won’t just be good for us, but for the region, and indeed for the entire world.”

Trump and Modi. Sunday’s “Howdy, Modi!” event is already sold out, according to its organizers. It is not unusual for Modi to address the Indian diaspora on his U.S. visits, but being joined by Trump is a first. The two leaders share several traits: Both have large followings on social media and are natural orators, but they have also both faced criticism for polarizing their electorates. But it is unclear whether the crowd in Texas will feel the same way for about Trump as they do about Modi. A majority of Indian Americans are Democrats: 77 percent of the diaspora, which has a median income of more than $100,000, voted for Hillary Clinton in 2016.

Onward to the U.N., and an ominous warning. Modi will travel to New York next week to attend the 74th U.N. General Assembly. He will also make the keynote address at the annual Bloomberg Global Business Forum. The issue of Kashmir will no doubt remain high on the agendas of India’s and Pakistan’s representatives next week, but Modi is expected to stick to New Delhi’s decades-old policy: that it refuses to accept foreign mediation on what it sees as a domestic matter.

Addressing reporters on Tuesday, India’s Jaishankar signaled a tougher position in the coming months: “Our position has, is, and will always be very clear,” he said of Pakistan-administered Kashmir. “It is part of India, and we expect one day we will have physical jurisdiction over it.”

And on that note: a plug for our annual pop-up newsletter, U.N. Brief, delivered from Sept. 23-27 as world leaders convene in New York for the 74th U.N. General Assembly. Sign up for exclusive daily scoops and analysis from diplomatic reporters Colum Lynch and Robbie Gramer here. 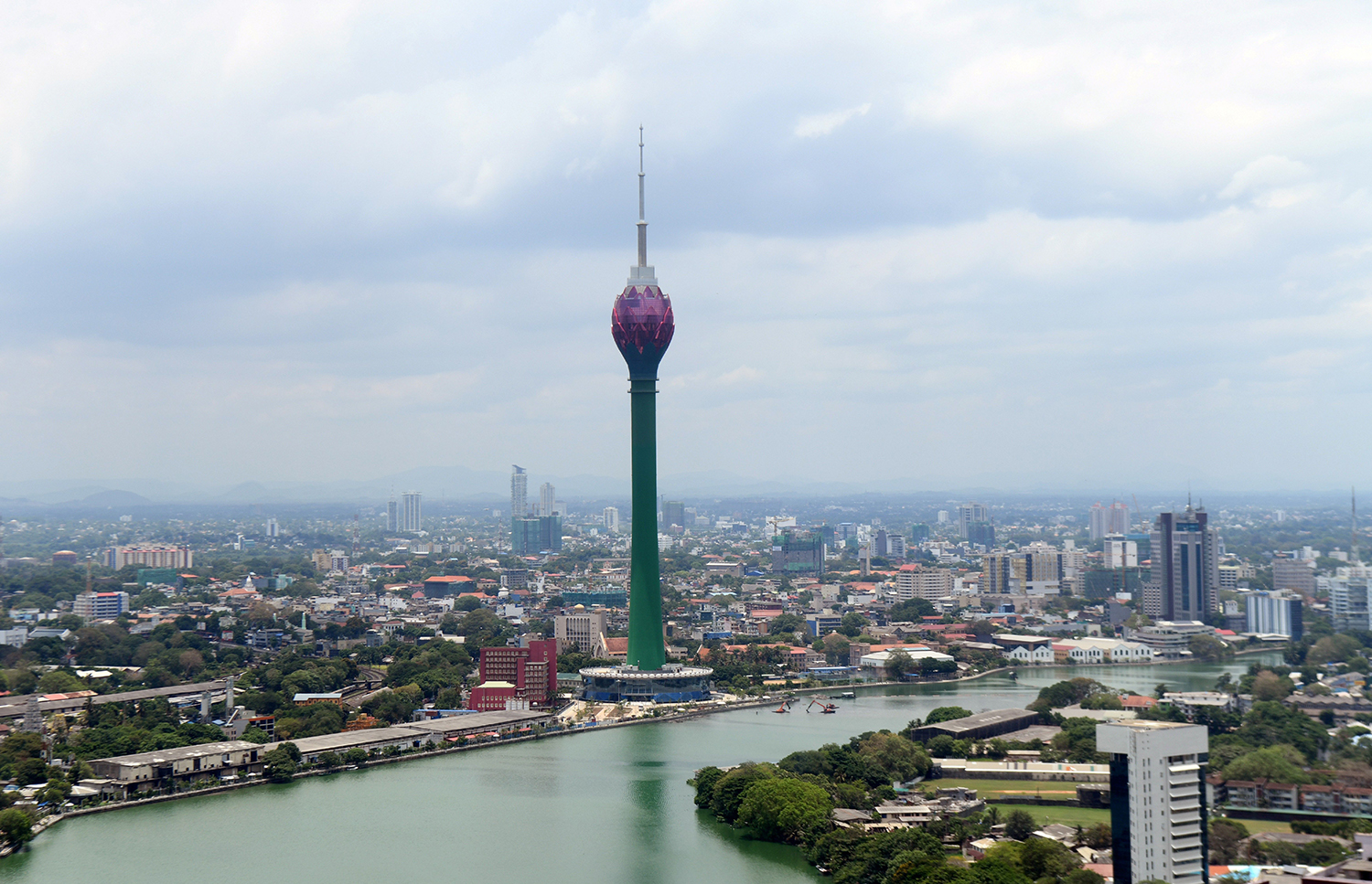 Tower of trouble. On Monday, Sri Lanka opened to the public its tallest tower, a 1,169-foot-tall structure shaped like a lotus blossom. But the occasion was less than triumphant. At the tower’s opening, Sri Lankan President Maithripala Sirisena accused a Chinese firm associated with the project of absconding with $11 million of government money. China has long been a thorn in the president’s side: Soon after his 2015 election, he announced the suspension of most of the Chinese infrastructure projects in the country over allegations of corruption.

Also reeling over corruption charges is Gotabaya Rajapaksa, the front-runner in Sri Lanka’s upcoming presidential elections. Last week, his appeal to the country’s Supreme Court to dismiss embezzlement charges against him was rejected, threatening his candidacy.

Religious riots in Pakistan. More than 40 people were arrested over the weekend in the Pakistani city of Ghotki after a Muslim student accused a Hindu principal of blasphemy, setting off riots. Charged under the country’s blasphemy act, the principal could face the death penalty if he is found guilty of insulting the Prophet Mohammed. The rioters were arrested after allegedly attacking a Hindu temple and businesses. They, too, are being charged under a clause in the blasphemy law that protects religious institutions but does not carry a death sentence.

Oil politics. On Sept. 10, India and Nepal opened South Asia’s first cross-border oil pipeline, which runs between the Barauni refinery in Bihar, India, to Amlekhgunj in Nepal. The pipeline is part of a broader effort to ease tensions between the countries, which reached a breaking point in 2015 when India closed the border with Nepal, disrupting fuel supplies. The two countries have also discussed a rail link to cut through the Himalayas.

No paradise. In 2014, the Maldives was shaken by the disappearance of local journalist Ahmed Rilwan Abdulla. After a nine-month investigation, a government investigator acknowledged this month that Rilwan was killed by a local al Qaeda affiliate, something the previous government had tried to hide. The conclusion to the nine-month investigation will make it harder for officials to continue denying the presence of Islamist extremism on the islands.

India marked National Hindi Day on Sept. 14. Home Minister Amit Shah drew criticism after he emphasized the need for Hindi to be made the national language of India, where the constitution recognizes 22 different languages. That brings us to our question this week. Bengali, Urdu, and Sinhalese are the most widely spoken languages in Bangladesh, Pakistan, and Sri Lanka. What is the most widely spoken language in the Maldives?

Afghanistan’s electricity. More than a third of Afghan households went dark on Monday after electricity towers in Baghlan province were blown up. No one has claimed the attack, but Baghlan, in the country’s north, is one of the areas that has seen intense fighting between the Taliban and Afghan forces in recent weeks. The outages come as Afghans prepare for a presidential election on Sept. 28.

Two-wheeled future. India’s Ola, the country’s biggest ride-sharing service, says its two-wheeler service is now up and running in 150 cities and towns. The bikes are cheaper, greener, and more likely to get through crushing traffic jams in India’s cities.

Crude realities. India’s central bank chief warned on Monday that elevated oil prices could hurt India’s fiscal deficit. Crude futures have risen after the attacks on Saudi oil facilities over the weekend. India imports 80 percent of its oil, making it particularly vulnerable to volatility in the energy market. (As shown below, imports make up around 22 percent of India’s GDP.) All of this comes as four bank unions announced a two-day strike next week, protesting a forthcoming merger of 10 public-sector institutions.

India’s R&D. Among the world’s major economies, India spends one of the lowest portions of its budget on research and development. Competition over that meager spending is fierce, with researchers noting that winning funding seems increasingly dependent on ideology. According to the Economist, scientists report pressure to work on the benefits of cow urine and milk, yogurt, and butter to win funding from a new government board that champions cows. And a recent government-funded study looked at the effects of Vedic charts on brain trauma.

India’s Oscars. In glitzier news, this week Mumbai hosts the international Indian film awards known as the “Bollywood Oscars.” The event will celebrate the nearly 1,800 titles released this year—among them the nominee for best picture, Andhadhun, which pulled in around $50 million.

And the Answer Is …

The official (and most commonly spoken) language of the Maldives, Dhivehi is related to Sinhalese. On April 14, the country marks its own Dhivehi Language Day.

For more reporting and coverage from across South Asia, visit ForeignPolicy.com. You can find older editions of South Asia Brief here. We welcome your feedback at newsletters@foreignpolicy.com. For more from FP, subscribe here or sign up for our other newsletters.