Are Hong Kong’s Protests Dying Down?

While turnout has declined, the demonstrators’ sentiment remains.

Good afternoon, and welcome to Foreign Policy’s China Brief. The highlights this week: What the ongoing protests mean for Hong Kong’s future, questions loom over Chinese influence in Australia, and the government releases shaky figures for Chinese industry.

We welcome your feedback at newsletters@foreignpolicy.com. If you would to receive this in your inbox, subscribe here.

Good afternoon, and welcome to Foreign Policy’s China Brief. The highlights this week: What the ongoing protests mean for Hong Kong’s future, questions loom over Chinese influence in Australia, and the government releases shaky figures for Chinese industry.

We welcome your feedback at newsletters@foreignpolicy.com. If you would to receive this in your inbox, subscribe here.

After more than 100 days of protest, turnout for Hong Kong’s pro-democracy demonstrations appears to be declining, at least for the moment. That is in part a result of systematic closures of the city’s subway system to restrict protest numbers and in part a natural drop after months of mobilization. Anger, especially toward the police, remains entrenched: There have been persistent rumors of cover-ups of killings by police.

The besieged chief executive, Carrie Lam, will next week launch a new “Dialogue Office” to help resolve tensions between the government and protesters, a move met with skepticism from democracy activists. And as Ryan Manuel writes for Foreign Policy, negotiations between protesters and the authorities have not been helped by the fact that both sides are essentially leaderless.

No way back. Even if the protests continue to dim, the demonstrators’ sentiment remains: Young Hong Kongers still don’t see themselves as Chinese, and they don’t see their own government as representative. Lam hasn’t made a commitment to hold the police accountable for their actions. And Beijing continues to try to force mainland practices onto Hong Kong before 2047, when the “one country, two systems” arrangement expires. The conditions are there for another eruption of protest.

Misreading the room. China continues to misread the situation. Last week, the billionaire businesswoman Pansy Ho was sent—in her capacity as the head of a mainland-run women’s group—before a U.N. panel, where she claimed that she felt “repressed” by the protests. Beijing has tried to represent the protests as ordinary Hong Kongers under siege by radicals, but by using figures like Ho—who represents the elite that young Hong Kongers despise—it has revealed only how disconnected it is from Hong Kong’s public.

Oct. 1 approaches. China is under particular pressure to make sure that nothing embarrasses President Xi Jinping ahead of the upcoming 70th anniversary of the foundation of the People’s Republic of China on Oct. 1. That means even greater restrictions on Hong Kong’s subway system, more arrests, and protest bans—but also possible short-term concessions, as with the formal withdrawal of the extradition bill.

Australia influence. The Australian government hid its own intelligence that China conducted a cyberattack on its Parliament out of fear that it would endanger trade, Reuters reports. The extraordinary decision to put economic interests ahead of democratic ones goes to the heart of the highly contentious debate over Chinese influence in Australia and New Zealand. Expect the news to filter into U.S. discussion, where China hawks closely follow Canberra’s relations with Beijing.

China auctions pork reserves. On Thursday, China will auction 10,000 tons of pork from its national reserve in a bid to keep prices, which have risen by nearly 50 percent over last year, from putting a damper on the Oct. 1 holiday. Analysts say it might not be enough. Rebuilding the pork reserve—and China’s depleted pig herds—after the African swine fever outbreak will be a huge challenge in the years ahead.

A gambling crackdown in the Philippines. Police in the Philippines, with Chinese government backing, are cracking down on the country’s online gambling industry, which is mostly run by Chinese immigrants without authorization to work in Manila. Gambling is illegal on the mainland but immensely popular for Chinese abroad: Australia’s casino industry is awash with Chinese businessmen, including at least one close relative of Xi.

Preparing for 2022. The official mascot for the 2022 Winter Olympics to be held near Beijing has been released. Unsurprisingly, it’s a panda—with a name that is easier for non-Chinese speakers to pronounce. The underlying problem remains that Chinese barely participate in winter sports: Even the country’s targeted sports system, which channels talented young athletes into sports nobody in China plays, underperforms in winter games.

Chinese industry falters. There was yet more bad news for the economy this week, as official figures showed that industrial output had hit a 17-year low. The optimistic view is that this is a sign of China moving away from its dependence on manufacturing, but retail and investment numbers are also down. The sense of general economic insecurity and the resurgence of the party-state mean that young Chinese who might have previously sought private sector opportunities are now looking for gigs in state-owned enterprises.

VPN outages. Numerous reports have emerged from mainland users that virtual private networks (VPNs) used to evade internet controls are having long outages or running slowly, including one from the Global Times editor Hu Xijin—a rare public complaint about the system. VPNs are sometimes cited as a reason that China’s Great Firewall doesn’t really matter, but they have become harder to access in the last decade. As is usual ahead of large political events, it is likely the Great Firewall is being strengthened before Oct. 1. That’s costly for any business that needs to reach the outside world. 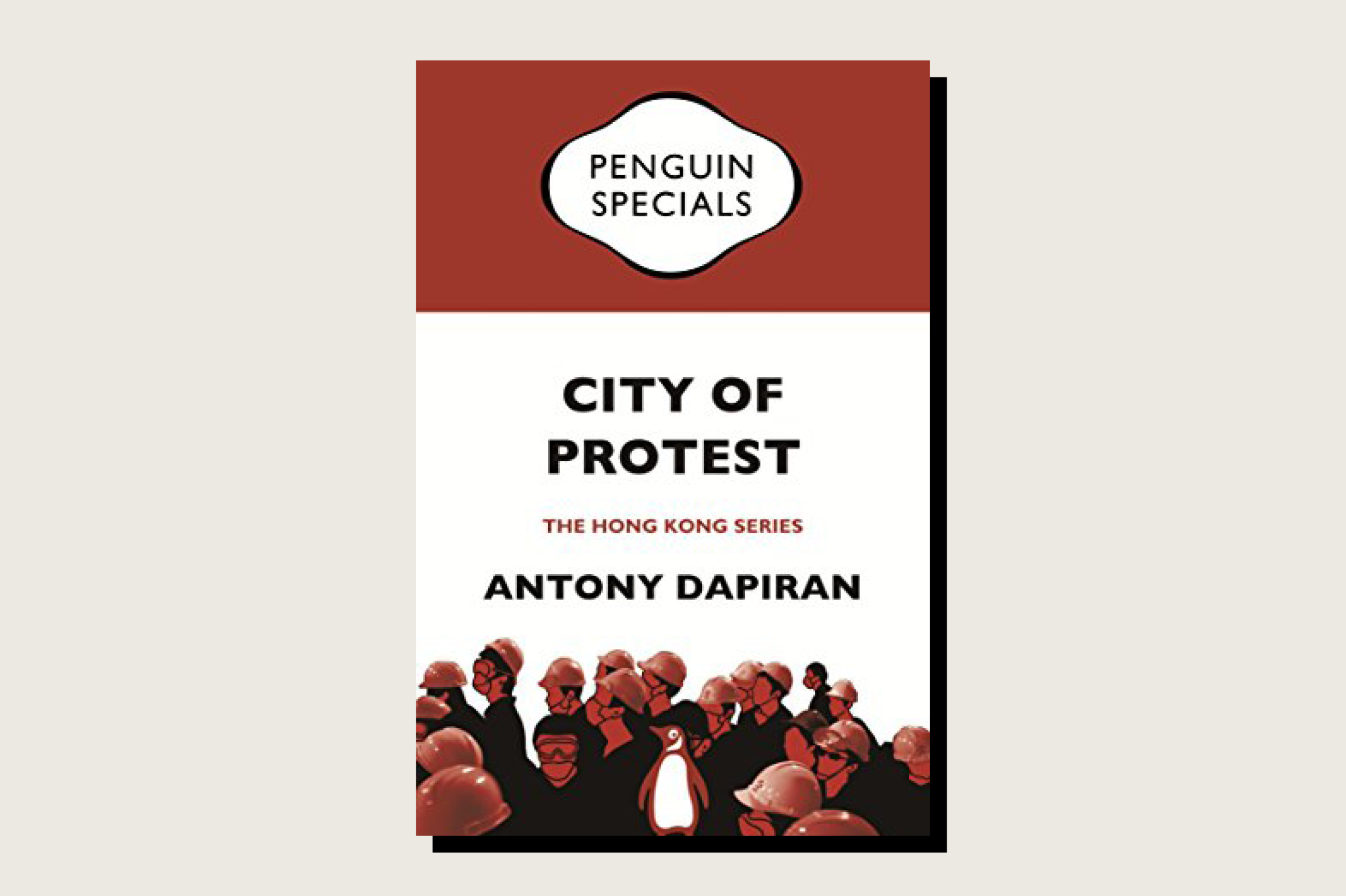 City of Protest: A Recent History of Dissent in Hong Kong, by Antony Dapiran

This short book neatly tells the tale of Hong Kong’s history of protest, from the struggle against British colonialism to the resistance against Japan. While Beijing looms large in some recent accounts, Dapiran—who has written on Hong Kong for Foreign Policy—keeps the focus on the city’s own unique identities.

Today China portrays the voyages of Zheng He, the early Ming dynasty navigator who traveled as far as Africa and the Middle East, as a sign of its peaceful historical record. (It also tends to leave out that Zheng was Muslim.) But Zheng’s fleet was actually a massive projection of power: gunboat diplomacy without the guns.

This was most visible in Sri Lanka, where in 1410-1411 Zheng led an expeditionary force to overthrow King Alakeshvara and install a Ming-friendly ruler instead. It was one of several military interventions by the “treasure fleet” (baochuandai) to establish Ming supremacy in the contested trading waters of the South China Sea and the Indian Ocean—a pattern that could repeat itself in the 21st century.

James Palmer is a deputy editor at Foreign Policy.

NEW FOR SUBSCRIBERS: Want to read more on this topic or region? Click + to receive email alerts when new stories are published on China, Hong Kong

What the Hijab Protests Mean for Iran’s Clerical Class

The Chinese leader’s first overseas trip since January 2020 takes him to Kazakhstan and Uzbekistan, where he’ll meet his Russian counterpart.