Plus: The U.N. climate summit kicks off UNGA, protests in Egypt, and what to watch in the world this week.

Here is today’s Foreign Policy brief: U.S. House Democrats renew calls for impeachment over Trump’s Ukraine call, UNGA week begins with the U.N. climate summit in New York, a blast from the past, and what to watch in the world this week.

On Sunday, U.S. President Donald Trump responded to reports that he had pushed Ukrainian President Volodymyr Zelensky to investigate corruption claims about former Vice President Joe Biden and his son—an inquiry that could affect Biden’s ongoing presidential campaign. Trump told reporters that he had discussed Biden during a phone call with Zelensky in July, but defended the conversation as appropriate.

Meanwhile, the U.S. House Intelligence Committee Chairman Adam Schiff said on Sunday that the phone call could justify impeachment on the grounds of foreign interference. The comments suggest that Schiff’s views on impeachment—once skeptical—could be changing. House Speaker Nancy Pelosi has so far resisted calls from within the Democratic Party to begin the process.

What will Pelosi do? Reports that Trump pressured Zelensky to investigate a potential political challenger have caused a group of House Democrats to renew their push for impeachment—and their frustration with Pelosi is growing. On Sunday, Pelosi called for the director of national intelligence to release a whistleblower complaint detailing Trump’s dealings with Ukraine. She stopped short of mentioning impeachment.

Trump heads to New York. Meanwhile, Trump is on the way to New York, where he is skipping today’s U.N. climate summit but will attend a meeting on religious freedom. On Tuesday, the president will address the U.N. General Assembly. And on Wednesday, he is still scheduled to meet with Zelensky.

U.N. takes on climate change. Today the United Nations holds the Climate Action Summit as world leaders converge in New York. This year, U.N. Secretary-General António Guterres has said that only those countries with concrete new steps to combat climate change will get a spot at the podium to present their plans. That group includes 64 nations—a list that notably excludes Brazil, Poland, Saudi Arabia, or the United States.

Guterres has pushed for countries to go carbon-neutral by 2050, and the summit follows the youth-led global climate protest on Friday. Ahead of the talks, the World Meteorological Organization (WMO) released a report showing that the last five years have been the warmest on record. Nearly 90 companies, facing pressure from investors and activists, will also commit to slashing their emissions at the meeting today.

Iran to release British tanker. Iran’s state media has reported that the British-flagged oil tanker seized by the Revolutionary Guards in the Strait of Hormuz in July will soon be released. The move comes amid rising regional tensions after the attack on Saudi oil facilities last week. (Saudi Arabia is seeking support to punish Iran for the strikes.) Iranian President Hassan Rouhani is expected to present a maritime security plan for the Gulf this week at the U.N. General Assembly—a move largely seen as an attempt at diplomatic advantage.

Will Benny Gantz lead Israel? Israeli President Reuven Rivlin held consultations with party leaders on Sunday over who should seek to form a government after neither Prime Minister Benjamin Netanyahu’s Likud party nor Benny Gantz’s Blue and White party secured enough seats to form a governing coalition in last week’s elections—for the second time since April. The leader of the Arab Joint List party, which won 13 seats and took third place, has backed Gantz.

Leaders from more than 190 countries convene this week for the U.N. General Assembly in New York—a week of diplomacy on the world’s biggest stage. This year’s session takes place against a backdrop of conflict: fears of a military showdown in the Middle East; tension between India and Pakistan over Kashmir; and the breakdown in U.S. talks with the Taliban.

“This is the year that the rest of the liberal order tries to imagine life without U.S. leadership,” write FP’s Colum Lynch and Robbie Gramer. Subscribe to FP’s pop-up U.N. Brief newsletter for daily on-the-ground coverage and analysis on the events at UNGA.

Spain’s top court will rule on the exhumation of Francisco Franco’s body on Tuesday. Removing the former dictator’s remains from the Valley of the Fallen monument has been a key priority of Prime Minister Pedro Sánchez’s Socialist party. The supreme court suspended the plan in June as it considered an appeal by Franco’s family and other groups.

Britain’s Supreme Court ruling on Parliament’s suspension is expected later this week. Legal experts tell the Observer that the court is likely to find that Prime Minister Boris Johnson broke the law when he prorogued Parliament in August. If that happens, lawmakers could be recalled sooner than expected as the Oct. 31 Brexit deadline approaches.

Anti-government protests in Egypt. On Friday, large numbers of people protested in Egypt’s streets for the first time in years, defying a de facto government ban on demonstrations against President Abdel Fattah al-Sisi. As protests continue, hundreds of Egyptians have been arrested. The protests were encouraged by an unlikely voice, the New York Times reports: a self-styled whistle-blower who began posting critical videos on social media three weeks ago.

The fight against Ebola. The Democratic Republic of the Congo will use a second vaccine to control its Ebola outbreak, which has killed over 2,100 people. Congo’s former health minister, who was arrested last week for mismanaging Ebola funds, had opposed the use of the second vaccine. Meanwhile, the World Health Organization has said neighboring Tanzania hasn’t provided information about possible Ebola infections there, after the emergence of one suspected case.

Canada’s campaign. Canadian Prime Minister Justin Trudeau has returned to campaigning for re-election on Sunday after photos emerged of him in blackface, causing his Liberal party to suffer a drop in the polls. Before the images surfaced last week, the Liberals appeared on course for a majority, but they now look vulnerable. Trudeau has apologized repeatedly.

Howdy, Modi. On Sunday, U.S. President Donald Trump joined Narendra Modi onstage at a rally in Texas, where the Indian prime minister addressed nearly 50,000 people. Trump’s decision to hitch himself to Modi is striking, and it’s a testament to the strength of the U.S.-Indian bilateral relationship, Anubhav Gupta argues in FP.

For more news and analysis on stories like this, subscribe to South Asia Brief, delivered on Tuesdays.

Three years after a mysterious illness affected diplomatic staff in Cuba, researchers in Canada suggest it was likely caused by mosquito fumigation. Previous reports in the United States had suggested the neurological symptoms were caused by a sonic weapon, increasing U.S.-Cuba tensions. In 2016, Cuba had increased mosquito spraying to combat the Zika virus. 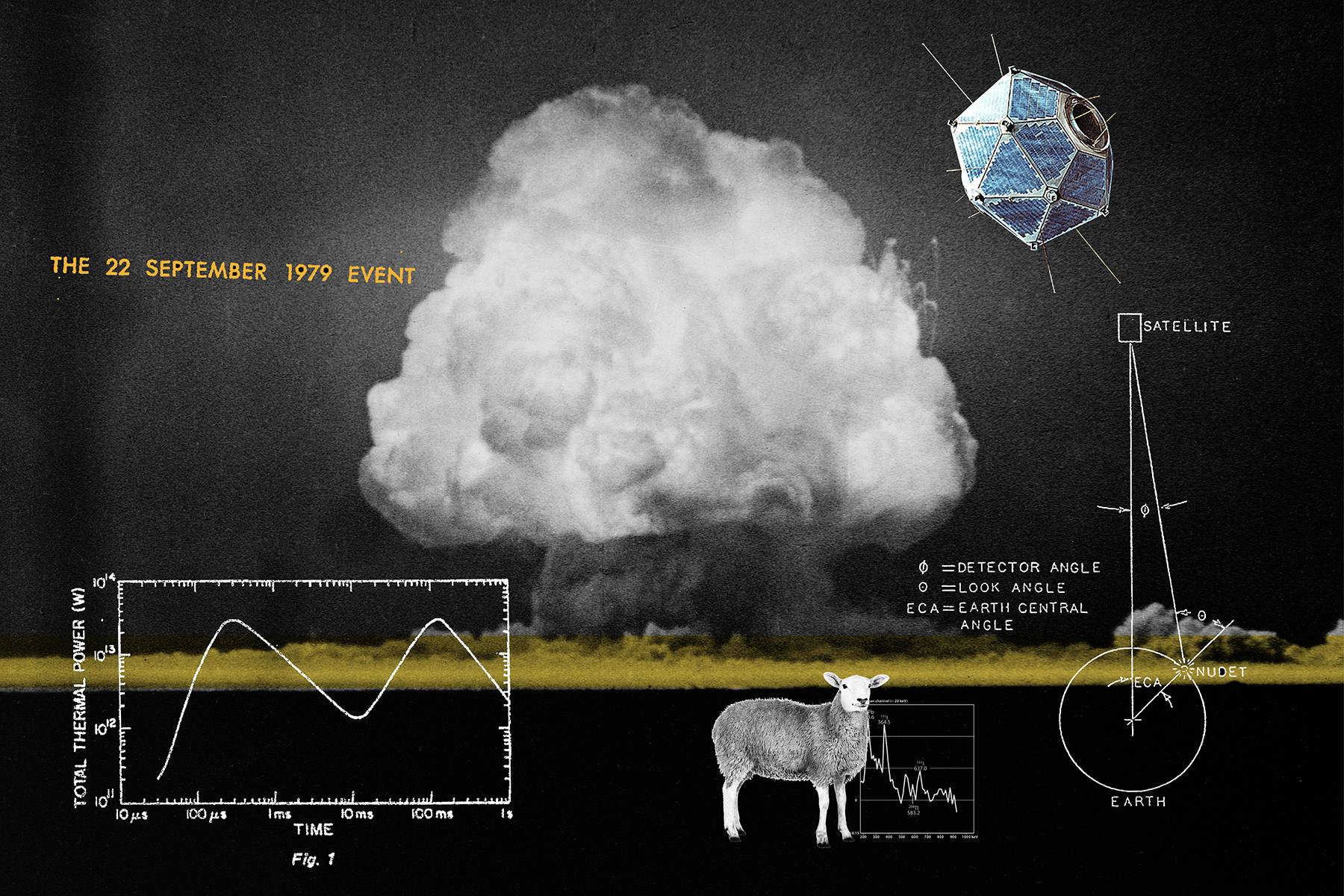 On the morning of Sept. 22, 1979, the U.S. surveillance satellite Vela 6911 picked up the telltale signs of an atmospheric nuclear explosion off the coast of South Africa. Many U.S. government scientists and intelligence experts concluded that a nuclear weapon had been detonated and that there was just one prime suspect with both the technical capability and strategic need to carry out such a clandestine test: Israel. But the Carter administration—which was gearing up for a reelection campaign and defending its record on Middle East peace and nonproliferation—had incentives to cover it up.

On the 40th anniversary of the Vela event, Foreign Policy has assembled scientists, historians, and former government officials to analyze the declassified evidence—and explain why the mysterious incident still matters today.