In Afghanistan, It’s Brother Against Brother

How one family’s story illustrates the meaninglessness of Saturday’s election in the face of an endless civil war.

BAGHLAN PROVINCE, Afghanistan—When Lemar ur-Rahman talks about the war in his country, he exudes pride and excitement. “With the help of God, we are going to win,” the 23-year-old Taliban fighter said over lunch last spring in a house near Pul-e-Khumri, the capital of Baghlan province, in the north of Afghanistan. “Our movement has become very successful.”

But Rahman, whose long, flowing black hair and equally impressive beard clash with his otherwise adolescent features, is an exception in his large family, most of whom support the Kabul government. Aziz ur-Rahman, his older brother, is a government official working in the office of the provincial governor who has repeatedly made visits to Baghlan’s Taliban-controlled areas, speaking with other fighters and their commanders to try to get his brother back, to no avail.

Shafiq ur-Rahman, Lemar ur-Rahman’s second brother, lamented the angry transformation of the family’s youngest child: “My little brother left us. We all miss him.” He insists his brother “was brainwashed” by the Taliban and is a victim (or a victory) of the group’s well-produced online media. “Unlike many people, he did not grow up among militants.”

No one in the Rahman family is under any illusion that Saturday’s national election will bring Lemar ur-Rahman back or change anything—especially now that U.S.-sponsored peace talks with the Taliban have been suspended. Rahman himself believes that participating in the election would be against the basic principles of Islam. “Voting for a leader is not the problem, I believe. But how can you vote for such corrupt and criminal men who just have blood on their hands?” he said. As in 2014, when the last Afghan presidential election took place, the main opponents are incumbent President Ashraf Ghani and his chief executive, Abdullah Abdullah.

The young Taliban fighter echoed Taliban propaganda in saying both Ghani and Abdullah should be considered war criminals and murderers. Last week, a U.S. drone strike killed at least 30 civilians in Nangarhar’s Khogyani district. While both Kabul and the U.S. military said the strike was on Islamic State militants at first, it became clear that all victims were local farmers. On Monday, another joint raid by U.S. and Afghan forces targeted a group of wedding guests and killed at least 40 of them in southern Helmand province. 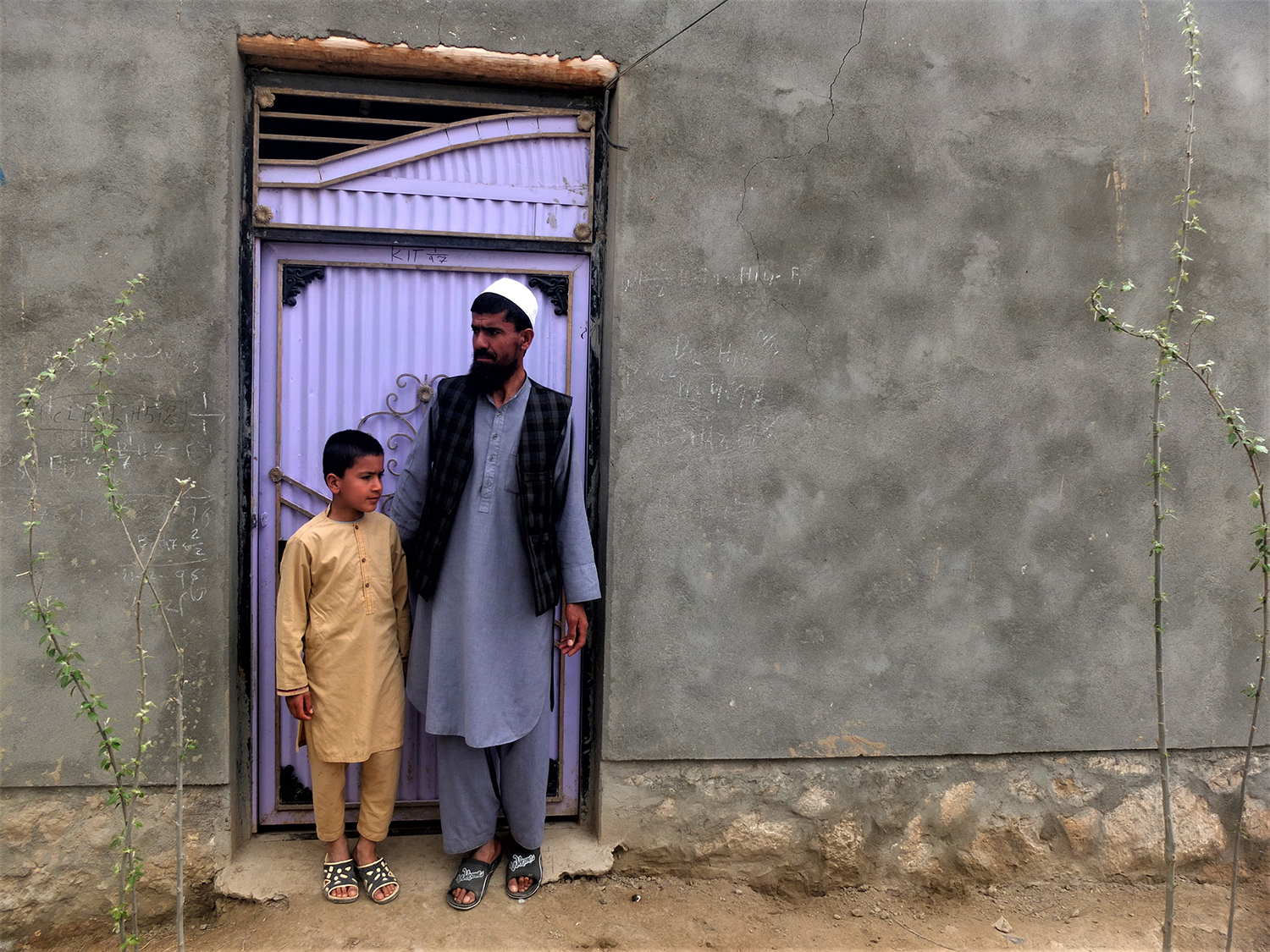 Abdul Ghani and his son, residents of a pro-Taliban neighborhood, stand near the sugar factory in April. Many locals describe bad experiences with Afghan security forces and are sympathetic to the Taliban.Emran Feroz for Foreign Policy

For many people in Baghlan, which continues to be one of the most violent provinces of the country, the lines between Taliban fighters, soldiers, police officers, and ordinary Afghans are subtle. Everyone knows everyone else, and all of them appear to be aware of the fact that elections will not stop the fighting.

“I know the whole family. They are very kind people. They tried a lot to bring him back home. But it did not work out,” said Farzad Sattar, who has known Rahman since childhood. He’s watched the years of war tear apart countless families. “In the end, brothers hate each other and want to kill each other. It is a tragedy, and it needs to stop.” Sattar believes that a successful political settlement among the Americans, the Kabul government, and the Taliban would bring many families together—but that now seems far off. “During the 1980s, we had one brother being a communist and another brother being a mujahid. Similar circumstances exist today. We must not forget that the only thing young men like Lemar know since their birth is war,” Sattar said.

Rahman refuses to be seen as someone who was “brainwashed.” When he hops off his motorcycle—his AK-47 slung around his shoulder—he comes off as someone playing the role of what he imagines a fighter to be. And the enthusiasm he exudes for the Taliban is not without cause. Currently, large parts of Baghlan are under Taliban control or contested areas. Scores of civilians and fighters—on both sides of the conflict—have been killed as fighting intensifies in the province that runs along one of Afghanistan’s main drug trafficking routes.

“I’m treating injured people every day, and I’m sure that this will also be the case on election day,” said Sayed Shah, a local medic. “How can you think about voting under such circumstances?”

Shah has known the Rahman family for decades and is still in touch with Lemar. “Sometimes he appears with injured or sick fighters. It’s my job to help them. But it also makes me sad to see all the family drama,” he said. According to Shah, many young men have been recruited by the militants during the last years. “For me, Lemar and the others are still kids. I know them since they were born.” 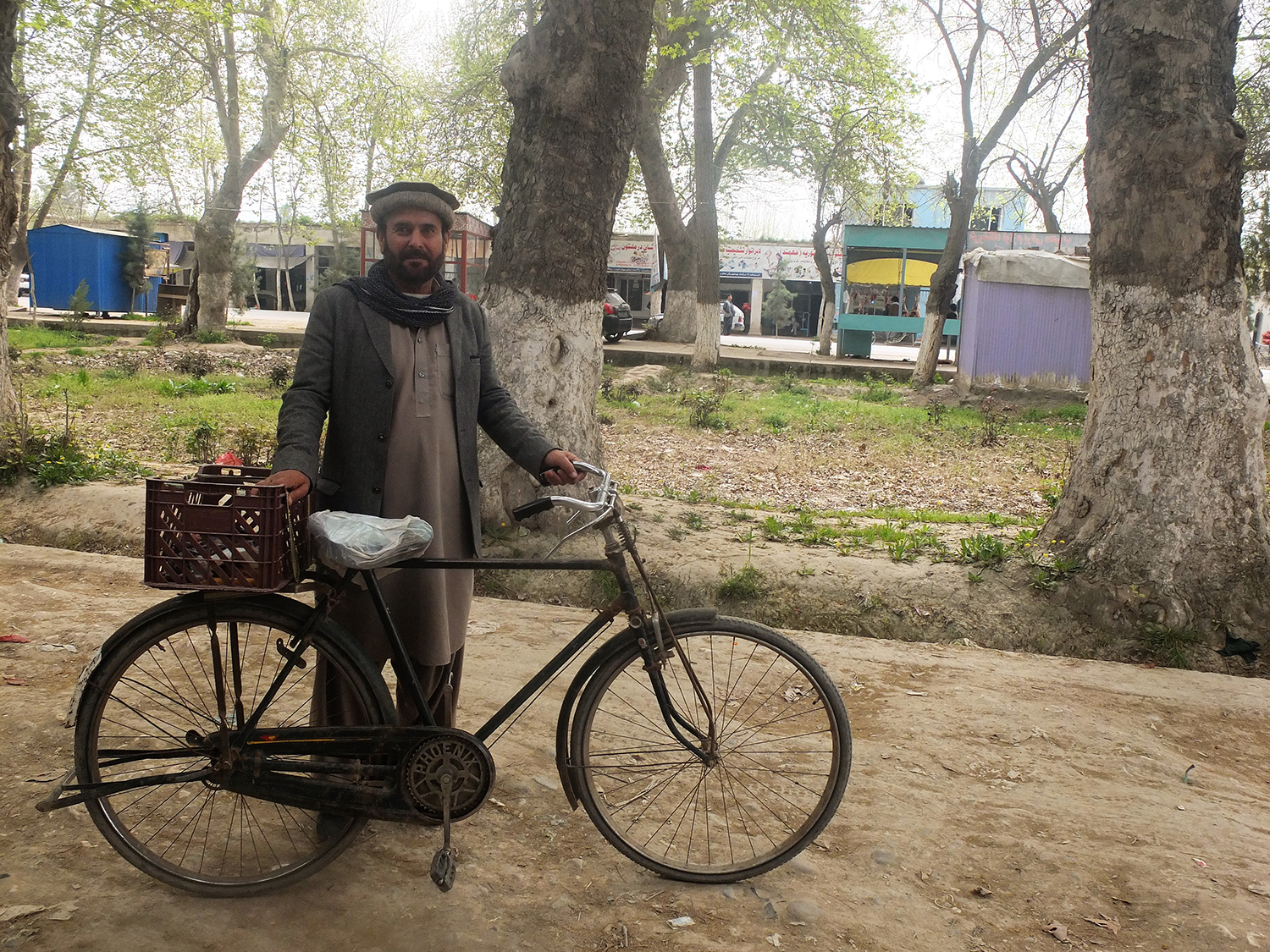 “The situation in Baghlan is not normal. It’s dominated by violence,” said Mir Sulaiman, a teacher from Baghlan’s sugar factory area, in April. Emran Feroz for Foreign Policy

When a three-day-long cease-fire took place last year during the Islamic holiday of Eid al-Adha, many Taliban fighters returned to their families and even broke bread with Afghan soldiers. Rahman also returned to his family. “My parents were so happy. They wished that this Eid would never end,” Shafiq ur-Rahman recalled.

But it did, and now Rahman sees the Afghan government and its army as a “puppet” regime controlled by an occupying force of foreign backers, and he says the recent airstrike massacres are not different from the crimes of Russian or British forces. “The Afghan mujahideen have been fighting against invaders for hundreds of years. They fought against the British three times, and they also kicked out the Russian invaders,” he said. “History rightly remembers them as ‘heroes.’ But we [the Taliban] are labeled as ‘terrorists’ because we fight against the Americans and their stooges. But my cause to fight is a natural reaction against occupation and injustice.”

Rahman’s parental home lies near Baghlan’s famous sugar factory, which was built decades ago during the reign of Afghanistan’s last monarch, Mohammed Zahir Shah. The young Talib left his family two years ago. He returned once when he heard that his mother was sick.

Nobody could convince him to stay.

Despite the cancellation of peace talks—announced via Twitter no less—many war-weary residents of Baghlan still hope for a successful outcome. But the reality gap between the insurgents’ political leaders and the young foot soldiers who fight on their behalf is undeniable. While Sher Mohammad Abbas Stanikzai and other senior Taliban figures were drinking tea with U.S. chief negotiator Zalmay Khalilzad and jet-setting between Doha, Dubai, and Moscow, the fighters were caught in what is increasingly being called an unwinnable and untenable war. 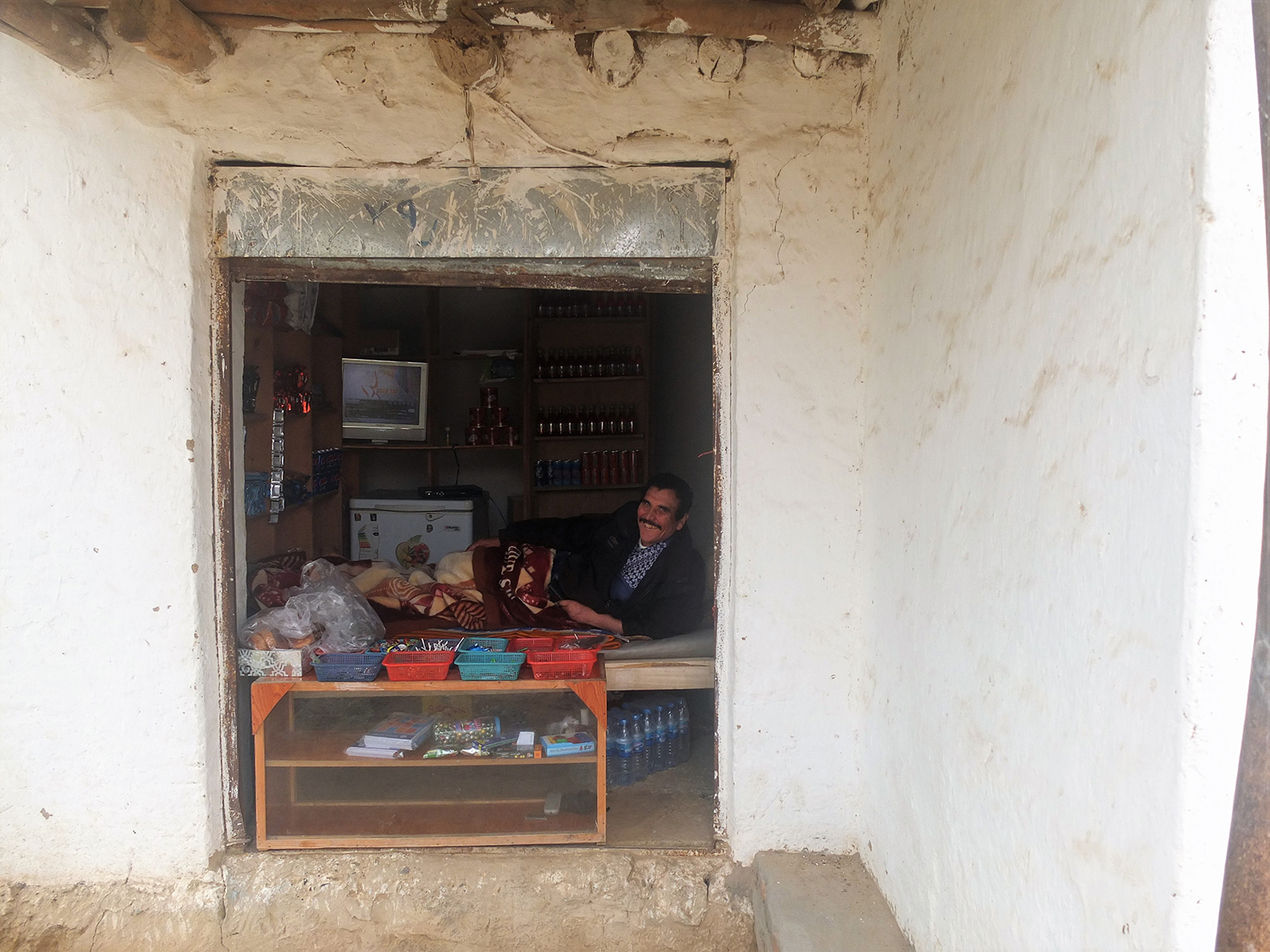 “I see violence every day, but it’s not always war-related. They killed a man in front of my shop a few days ago after a quarrel,” said this shopkeeper from Baghlan’s sugar factory area in April. Emran Feroz for Foreign Policy

Many ask themselves what will happen to Taliban fighters like Rahman after a peace deal. Will they listen to their leaders, lay down their weapons, and return to their families? Or will they become even more radicalized and join other armed groups?

“We have to guarantee the reintegration of these young men. They have endured many terrible things, and it’s not entirely their fault they resorted to hatred and radicalism,” former Afghan President Hamid Karzai told me. Karzai has assumed a prominent role in the latest peace talks with the Taliban. “Peace in Afghanistan means to bring back these young Taliban fighters and offer them true opportunities. They are Afghans too.”

Rahman’s brothers also still hope the peace process with the Taliban will not only end the war in their country but also bring their family back together again. “After so many years of war and bloodshed, Afghanistan needs peace. But in our case, a successful settlement would also reunite our family. This is what we all want,” Shafiq ur-Rahman said.

But Rahman said he is not interested in returning home. He pointed out how some, such as Taliban supreme leader Mawlawi Haibatullah Akhundzada, sacrificed their sons in war, something few in the current government can claim.

And with respect to the potential peace accord and, presumably, the reintegration of the Taliban into the Afghan state, he said that “the only way is a government based on the tenets of Islam,” something “not possible with warlords and corrupt politicians” and, as he pointed out more than once, “also not through Western-style elections.”