Putting Our Own People First

Defining “us” and “them” is crucial for the success of far-right parties, and the boundaries are constantly shifting.

Today’s far-right varies from country to country, but there are certain ideological tendencies that parties share. Whether informed primarily by racism or ethnopluralism, one of the key ideological features of the far-right, and the dominant feature of the contemporary populist radical right, is nativism, a combination of nationalism and xenophobia. That ideology has been embraced as anti-immigration views become more prevalent among majority populations in Europe and the United States.

Nativism is an ideology that holds that states should be inhabited exclusively by members of the native group (the nation) and that non-native (or “alien”) elements, whether persons or ideas, are fundamentally threatening to the homogeneous nation-state.

The core idea of nativism is best summarized in the slogan “Germany for the Germans, Foreigners Out,” which became infamous as a rallying cry at the often violent anti-refugee rallies of the early 1990s. But the definition of who belongs to the native group and who does not is constantly shifting—allowing far-right parties to expand their base of support.

Today’s far-right varies from country to country, but there are certain ideological tendencies that parties share. Whether informed primarily by racism or ethnopluralism, one of the key ideological features of the far-right, and the dominant feature of the contemporary populist radical right, is nativism, a combination of nationalism and xenophobia. That ideology has been embraced as anti-immigration views become more prevalent among majority populations in Europe and the United States. 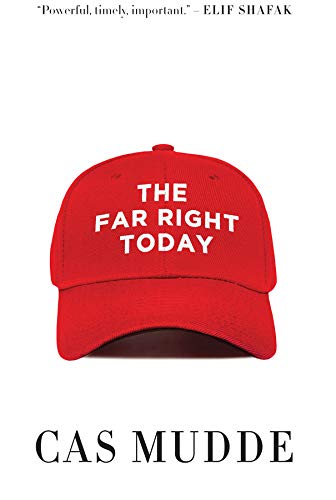 Nativism is an ideology that holds that states should be inhabited exclusively by members of the native group (the nation) and that non-native (or “alien”) elements, whether persons or ideas, are fundamentally threatening to the homogeneous nation-state.

The core idea of nativism is best summarized in the slogan “Germany for the Germans, Foreigners Out,” which became infamous as a rallying cry at the often violent anti-refugee rallies of the early 1990s. But the definition of who belongs to the native group and who does not is constantly shifting—allowing far-right parties to expand their base of support.

While many populist radical right politicians try to express their nativism in the largely neutral terms of ethnopluralism—the belief that people are divided into ethnic groups that are equal but should remain segregated—they almost always argue or imply that the native culture is superior to non-native ones. The far-right describes non-natives almost exclusively in derogatory terms.

The ultimate goal of the populist radical right is an ethnocracy, that is, a democracy in which citizenship is based on ethnicity. It wants to (re)create this monocultural state by closing the borders to immigrants and giving non-natives a choice between assimilation and repatriation. Those who are unwilling to assimilate—that is, become native—must be expelled to the country they or their ancestors came from.

Populist radical right leaders are also authoritarians. The term authoritarianism is often used to describe nondemocratic leaders or political systems, but I use it in different manner, in line with a long tradition in social psychology. Here, authoritarianism refers to the belief in a strictly ordered society, in which infringements on authority are to be punished severely. Authoritarians see almost all so-called problems, such as drug addiction or perceived sexual deviancy, as essentially law-and-order issues that can only be countered by a tough punitive approach and prevented by reintroducing what they deem “moral” or “traditional” education in schools.

Far-right groups are therefore obsessed with security, but they interpret the concept much more broadly than just the physical security of individuals. Security refers both to individuals and to collectives, most notably the nation or race, and has a cultural, economic, and physical component. Almost every political issue is perceived through the lens of a “threat to the natural order,” creating insecurity, which has to be confronted with an iron hand. Whether it is drugs, immigration, or unemployment, the solution is found in authoritarian policies, celebrating the stick and criticizing the carrot. However, security almost always has a nativist component to it, given that non-natives are seen as the key source of natives’ insecurity.

According to the far-right, crime is rampant and increasing because of immigration and the naive and weak policies of established politicians. Its propaganda is filled with selective and suggestive stories about “immigrant crime” or, in racial terms, “black-on-white crime,” mostly from tabloids and right-wing media, which it presents as just the tip of the iceberg.

Finally, they despise elites who they claim act in opposition to the so-called people whom they claim to represent. Populist radical right politicians believe that mass immigration is not driven by poverty in developing countries but organized by progressive politicians in the developed countries, who either hate their own nation or try to compensate for their lost electorate—which partly went to the populist radical right—by importing new voters. In recent years, strongly pushed by Hungarian Prime Minister Viktor Orban, the Jewish Hungarian American billionaire philanthropist George Soros has been seen as the evil genius behind this conspiracy, reflecting a modern-day version of the infamous anti-Semitic text The Protocols of the Elders of Zion.

While far-right propaganda primarily targets ethnic and racial “Others,” internal and external to the country, the issue of corruption is almost exclusively linked to people from the in-group. Corruption is often mixed with authoritarianism, nativism, and, particularly, populism. It is a particular elite who are connected to corruption. On the one hand, it is the powerful—especially mainstream politicians—but also often economic elites who are accused of stealing from the people. On the other hand, it is a political elite, broadly described as “the left,” who are accused of corrupting the nation with “postmodernist” and “cultural Marxist” ideas—both terms, but particularly the latter, having strong anti-Semitic overtones.

Elites are also charged with corrupting the minds of the people, particularly of women and the youth. Far-right politicians from across the globe have accused academics, artists, and journalists not just of being elitist or left-wing but also of being “anti-national”—that is, traitors to the nation, the worst insult for a nationalist.

While all far-right ideologies are built around a strict us-versus-them opposition, both the “us” and the “them” can shift over time. As far-right groups have come to consider different Others as threatening, they have changed not only the “them” but also the “us.”

A good example of these shifting identities is the Ku Klux Klan (KKK), which began to wreak havoc in the American South in the late 1860s. Founded by former Confederate soldiers, the KKK claimed to defend the White Anglo-Saxon Protestant (WASP) Southerner and targeted both African Americans and northerners in the South (derogatively referred to as “carpetbaggers”), although it primarily killed the former.

The second KKK, which emerged in the early 20th century, was not merely a Southern phenomenon. No longer opposing Yankees, it was particularly successful above the Mason-Dixon Line, including in Indiana and Illinois. Still hating African Americans (and Jews), the new Klan now mainly railed against Catholic immigration from Europe.

The third and current iteration of the KKK, a mostly Southern reaction to the civil rights movement of the 1960s, is still deeply anti-Semitic and racist but primarily defends Christian whites instead of only WASPs. It increasingly overlaps with neo-Nazi groups, which have replaced the Nazis’ notion of an Aryan race with the broader white race, thereby no longer excluding Slavs and other non-Germanic whites. In other words, where the WASPs of the second KKK considered Catholic whites as “them,” they have since become part of the “us” for the contemporary KKK.

In the post-9/11 world, and the ongoing global war on terrorism, Turks and Moroccans in Germany and the Netherlands, or Bengalis and Pakistanis in the U.K., have been reduced to being Muslims. Unsurprisingly, this has led many far-right groups to emphasize or even rediscover their own religious roots, redefining the “us” more in terms of Christian or Judeo-Christian civilization.

But the “us” can even change in national terms. The Freedom Party of Austria (FPO) was founded in the 1950s as a Greater German party, defining Austrians as part of the German nation and rejecting the construct of an Austrian nation as an “ideological monstrosity.” But in the 1980s, in its attempt to increase electoral support, the FPO shed its Greater German ideology and redefined itself as the party of “Austrian patriots.”

A similar process has unfolded in Italy. In 1991, Umberto Bossi founded the Lega Nord, or Northern League, in staunch opposition to the Italian state. The party later even invented its own nation, Padania, with a new currency, flag, and passport. Bossi and the League railed against Rome—“Roma ladrona” (thieving Rome)—and southern Italians, derisively called “terroni” (ignorant peasants).

But when Matteo Salvini took over in 2013, he rebuilt the moribund League as a pan-Italian party, downplaying regionalism as well as attacks on southern Italians and prioritizing attacks on Muslims and, more recently, refugees. Salvini even dropped “Nord” from the party name, successfully campaigning as Lega with the slogan “Italians first” in the 2018 parliamentary elections. Today, the man who once wore a T-shirt saying “Padania is not Italy” is the most popular politician in Italy, including in many parts of the formerly despised south.

These changes have led some observers to conclude that the far-right, or at least its most successful representatives, are just opportunists who use whatever ideology or resentment is prevalent to gain power. This is wrong. Politicians like Salvini and Marine Le Pen are fundamentally ideological, but they adapt their ideologies to the shifting views and values of their national populations.

They do this by redefining rather than sacrificing their core ideological traits, most notably nativism. It is this combination of ideological flexibility and stability that separates them from both the purely pragmatic (or opportunistic) centrists and ideologically rigid extremists. And it is precisely this combination that makes them so successful.

This essay is adapted from Cas Mudde’s new book, The Far Right Today.

Germany’s Far-Right Is Creeping Ever Closer to Power

Extremists will triumph in this weekend’s regional elections—and Angela Merkel’s party is starting to see their appeal.

Is There a Secret Recipe for Preventing Far-Right Populism?

Portugal, Ireland, and Malta are Europe’s last countries without extreme nationalists in parliament. Here’s what they can teach others—and what they can’t.

The New Face of the Dutch Far-Right