Plus: U.S. impeachment inquiry expands, protests in Indonesia, and the other stories we’re following today.

“No force can shake the status of our great motherland, no force can obstruct the advance of the Chinese people and Chinese nation,” he said, overlooking Tiananmen Square, adding that Beijing would “maintain the lasting prosperity and stability” of Hong Kong and Macau. Hong Kong leader Carrie Lam was in Beijing for the festivities and was pictured smiling among other dignitaries during the parade.

The anniversary comes after a weeks-long crackdown to ensure the celebration goes ahead as planned. Tiananmen Square and the surrounding area were on lockdown and low-flying objects—including drones and balloons—were banned. Beijing had hoped the fanfare would be enough to distract from the pro-democracy protests in Hong Kong.

[Read FP’s full coverage of the 70th anniversary of the People’s Republic of China.]

What’s happening in Hong Kong? Police in Hong Kong braced for a “very serious violent attack,” expecting a chaotic day of protest as China marked the anniversary. Metro stations and shopping malls were closed in anticipation. Rejecting a permit for a march from the city’s Victoria Park, the authorities had hoped to avoid an event that could overshadow the celebration in Beijing, in the wake of violent clashes on Sunday.

Nevertheless, tens of thousands of people turned out to join an unauthorized march through the streets of central Hong Kong. By 3 p.m. local time, organizers estimated 100,000 people had joined. Police then fired water cannons with blue dye to disperse the crowds. Closer to the Chinese border, protesters threw umbrellas, petrol bombs, and other projectiles at police, who responded with teargas and batons—and, according to one report, live rounds. Elsewhere, protesters set alight portraits of Xi and Lam.

State narrative. Ahead of the anniversary, China’s state media released videos of foreigners singing the country’s praises. One video was clearly intended for a foreign audience: It was posted on YouTube, which is banned in China, with English subtitles. A report released Monday by the Pew Research Center shows mixed perceptions of China around the world amid the U.S.-China trade war and ongoing diplomatic disputes.

Trump impeachment inquiry cascades. The U.S. House impeachment inquiry into U.S. President Donald Trump gathered steam on Monday, with reports that he had also pressured the Australian prime minister to gather information that could discredit the Mueller investigation and that Secretary of State Mike Pompeo was privy to the president’s call with Ukrainian leader Volodymyr Zelensky. The House also subpoenaed Trump’s personal lawyer, Rudy Giuliani, on Monday, demanding that he provide records of his attempts to push Ukraine to investigate former Vice President Joe Biden, Trump’s potential Democratic rival in 2020.

The inquiry is expanding far beyond the bounds of the initial whistleblower complaint—and it’s not likely to stop there, Amy Mackinnon and Elias Groll explain. “With the first two years of his presidency overshadowed by the Russia investigation, Trump is no stranger to controversy,” they write. “But the Ukraine probe is different from the outset.”

Protests in Indonesia intensify. Indonesian police dispersed crowds of student protesters in Jakarta on Monday as demonstrators opposing national legal reforms clashed with officers in the streets. The students and activists oppose a new corruption law and a new criminal code that would outlaw extramarital sex and insults to the president. Lawmakers have delayed debate on the criminal code until the next term, with a new parliament sworn in today. The nationwide protests are some of the biggest the country has seen since 1998, when a student movement led to the fall of the ex-dictator Suharto.

Two claim victory in Afghanistan. As vote-counting continues in Afghanistan after Saturday’s presidential election, the two frontrunners—incumbent President Ashraf Ghani and Chief Executive Abdullah Abdullah—have both declared victory. The situation echoes the aftermath of the 2014 election, when both men were involved in a months-long dispute that ended in a power-sharing deal. Turnout this time around was especially low. If neither candidate wins more than half of the votes, a runoff election will be held.

The boycott of Cameroon’s peace talks. Cameroonian President Paul Biya tried to begin a weeklong dialogue on the country’s Anglophone separatist crisis on Monday, but separatists and opposition politicians have boycotted the talks, calling them a “charade.” If Cameroon’s government wants to end the crisis, it must engage seriously with the separatists’ grievances, Claire Hazbun and Ken Opalo argue in FP.

Greece’s deportations. After a deadly fire and violence in a migrant camp on the island of Lesbos, Greece has announced plans to deport 10,000 people by the end of next year. The clashes on Sunday in the overcrowded Moria camp—with 12,000 residents despite being built to hold just 3,000—came as Greece grapples with increasing refugee flows from Turkey.

A proposal to lower Italy’s voting age. Italy’s ruling coalition has proposed lowering the country’s minimum voting age to 16, which would increase the number of citizens eligible to vote by around 1 million people. If it passes a bill, Italy would become the second EU country—after Austria—to have a voting age lower than 18.

U.S. policy on North Korea. Speaking for the first time since being fired, former National Security Advisor John Bolton revealed on Monday the enormous disagreement between him and U.S. President Donald Trump over North Korea, Elias Groll reports. Writing for FP more than a year ago, John Hannah saw it coming. In an article published after the June 2018 Singapore summit, Hannah noted that “Bolton himself was made party to precisely the kind of diplomatic spectacle that he’d spent much of his career denouncing…while his boss, the leader of the world’s greatest liberal democracy, repeatedly heaped patently false, morally repugnant praise on a North Korean tyrant.”

Ukraine’s Embassy in Washington tweeted to ask the public to stop using “the Ukraine,” after U.S. President Donald Trump and other officials used the outdated construction several times over the last week. It made a point to note that the capital should be spelled “Kyiv, not Kiev.”

The Capital of Xinjiang Is in Turkey 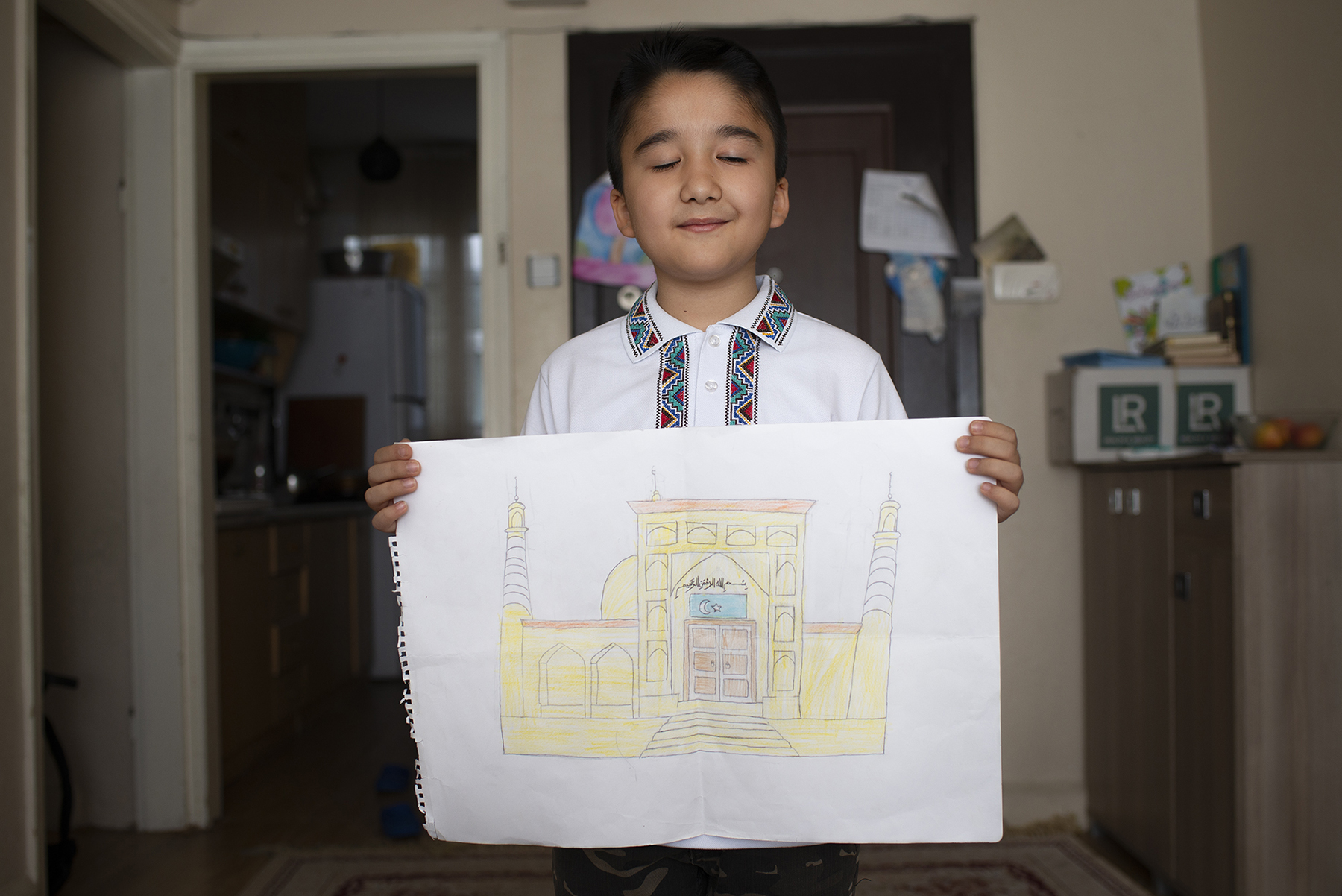 Over the past few years, increasing numbers of Uighurs have moved to Turkey to escape Beijing’s ethnic cleansing campaign in China’s Xinjiang province. Many are left in legal limbo without residency or work permits. But  in Istanbul, they have rebuilt some of what has been erased from Xinjiang through food, music, poetry, and fashion, Simina Mistreanu reports for Foreign Policy.

Mongolia might not be the first country that comes to mind when thinking of a populist political transformation, but President Battulga Khaltmaa is leading one. The businessman-turned-politician has courted controversy since he took office in 2017 for his challenges to the limits of executive power, nationalist rhetoric, and relationship with Russian President Vladimir Putin.

This Bloomberg Businessweek profile of the Mongolian president captures a leader—and a country—in the midst of an important shift. At a moment when the United States has ramped up its push against Russia and China, democratic values appear to be retreating as leaders like Khaltmaa begin to borrow other traits from U.S. politics. —Reid Standish

For more on these stories and many others, visit foreignpolicy.com, subscribe here, or sign up for our other newsletters. Send tips, comments, questions, or corrections to morningbrief@foreignpolicy.com.

NEW FOR SUBSCRIBERS: Want to read more on this topic or region? Click + to receive email alerts when new stories are published on Military, China

Over the last year, the United States has launched dynamic and escalating sanctions to hurt Russian President Vladimir Putin and his allies. The moves haven’t prevented Putin from waging...Show more war in Ukraine, but they have severely hurt the Russian economy. Even so, according to a forecast from the International Monetary Fund (IMF), Russia’s economy is set to expand by 0.3 percent in 2023, even as a country like the United Kingdom sees its GDP shrink. Does this mean sanctions haven’t worked? FP’s editor in chief, Ravi Agrawal, spoke with two experts on sanctions: Agathe Demarais, global forecasting director at the Economist Intelligence Unit and author of Backfire: How Sanctions Reshape the World Against U.S. Interests; and Nicholas Mulder, an assistant professor of history at Cornell University and author of The Economic Weapon: The Rise of Sanctions as a Tool of Modern War. FP subscribers can watch or read a condensed version of the interview.

Northwest Syria was already a humanitarian disaster. Lack of access for aid agencies is making the quake’s aftermath worse.