In August, groups of Chinese patriots, ranging from dozens to thousands of people, held a string of rallies in the United States, Canada, Britain, Australia, France, and Japan to voice support for the Chinese government. On paper, this sounds somewhat innocent.

Following months of pro-democracy protests in Hong Kong that have drawn international sympathy, many mainlanders, mostly students abroad, staged their own demonstrations to offer the world their perspective.

But that perspective isn’t pretty. And it’s one sanctioned by officialdom.

In August, groups of Chinese patriots, ranging from dozens to thousands of people, held a string of rallies in the United States, Canada, Britain, Australia, France, and Japan to voice support for the Chinese government. On paper, this sounds somewhat innocent. 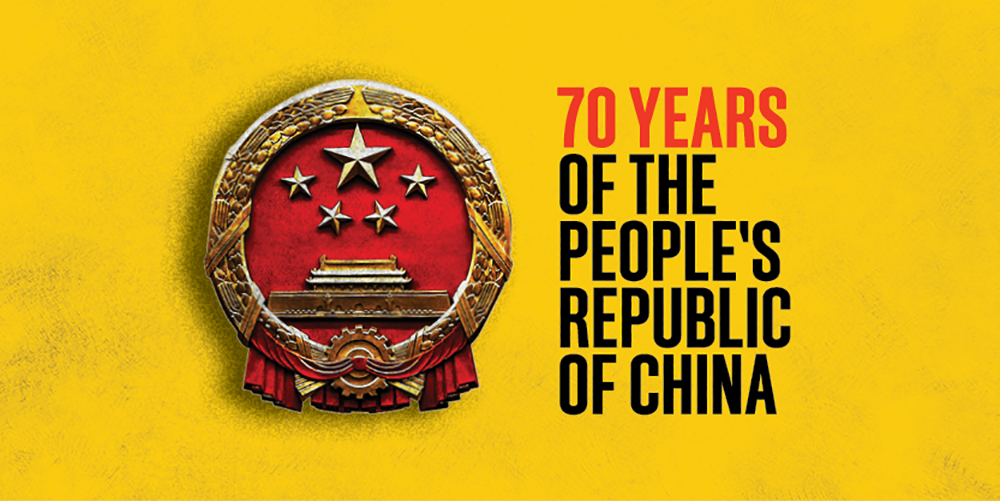 Following months of pro-democracy protests in Hong Kong that have drawn international sympathy, many mainlanders, mostly students abroad, staged their own demonstrations to offer the world their perspective.

But that perspective isn’t pretty. And it’s one sanctioned by officialdom.

In Toronto, young nationalists drove Ferraris draped with Chinese flags and ridiculed Hong Kongers for being “poor cunts.” In London, a sign at a rally demanded that Hong Kongers “lick [their] master’s ass.” In several separate incidents in Australia, Chinese protesters attacked a journalist, assaulted Hong Kong sympathizers, and lambasted anyone who doesn’t love China with chants of “get the fuck out.” In response to “Hong Kong stay strong” on one university campus, young Chinese students shouted in unison, “Fuck your mother!”

The romantic idea has long persisted that the hundreds of thousands of Chinese students who enroll in Western universities each year are secret rebels who will change the country for the better. Except most are not. Even when Chinese nationalists go abroad, it is difficult for them to change their minds. Many effectively stay inside the Great Firewall for the comfort and convenience it offers. Others, like me, are shocked and outraged when exposed to ideas that are unspeakable and unthinkable back in mainland China. Encouraged by Chinese authorities and the state media, some take it to the streets in foreign countries, rallying against others’ freedom of speech and undermining democracies. Indoctrinated but violent, they are as complicit as they are powerless.

Since I reported on a Sydney pro-China rally marred by aggression and violence, I have become a national enemy on the Chinese internet. Articles and social media posts calling me a traitor have spread from Australia to the United States and even my hometown. These accounts have been read by almost every fellow Chinese person I’ve ever crossed paths with. A bare handful of Chinese friends have reached out and voiced support for my work. Dozens, meanwhile, who were once friends or at least friendly, have violently condemned my treacherous behavior.

Let me spell it out: This is the Chinese version of the alt-right, except it isn’t fringe. Instead of “Make America Great Again,” the Chinese students were chanting “Long Live China.” Instead of blasting racist speeches against the ethnic minorities clearly visible in the West, this time the discrimination was political and regional—targeting Hong Kongers and their supporters. But the rage, the aggression, and the pride on the streets are all too similar. And they have largely flown under the radar as abusive speeches get lost in translation and go unchecked.

These rallies attract large turnouts. An estimated 1,500 participants attended the pro-China rally in Sydney on Aug. 17, which is a bigger number than most far-right rallies in Australia or the United States—that speaks volumes, given mainland Chinese migrants are only a tiny fraction of the local population. Some of this is performative, aimed at bolstering eventual careers back home—and embassies have been involved in organizing and promoting these rallies. But much of it is sincere.

The Chinese people have every right to feel proud of their country’s achievements. Countless social and cultural contributions were born in the land that is now mainland China. However, the only truly sanctioned form of pride today is a pride in the Chinese Communist Party and its claimed role as the owner of these achievements. That’s the same party currently holding a million Uighurs and other Turkic Muslim minorities in detention camps. That doesn’t seem something to be proud of for me.

Chinese nationalism today has been hijacked by the state to indoctrinate its citizens and the diaspora, bolster the state’s legitimacy, and consolidate international support. It’s centered on the narrative that China has been a victim of colonization and the current world order and that the Communist Party is the only savior. The imagined enemy, the West, is perpetually looking for an opportunity to prevent China from rising to superpower status. To be a model Chinese citizen is to be ready to fight—in the case of Hong Kong, the CIA was blamed for inciting protests, and Chinese students overseas were enlisted to amplify party propaganda. Meanwhile, domestic issues are always forced to the back burner because the priority is to fight foreign forces from all sides.

These narratives are fed to schoolchildren and the general public alike in their every waking moment. It’s impossible to escape—I should know, because I spent the first 19 years of my life living and studying in China. On the first day of primary school, we were given a student handbook in which the first rule was to love the country and the party. Growing up, “Taiwan is a sacred, inseparable part of China” was taught to us as a fact just like “the Earth is round.” The most common wish for an idealist Chinese teenager is to “serve the motherland”—while in the West, perhaps, it’s to “make the world a better place.”

I remember the horror when I encountered my first Hong Kong separatist abroad. I felt shock and rage—surely they shouldn’t be allowed to have such thoughts? And that’s how your mind works when your own thoughts have been controlled for too long. I remember typing out an aggressive message to the separatist but deciding against sending it. I remember seeing Free Tibet protests on the street and wanting to yell at them. I even remember fantasizing about sabotaging Ai Weiwei’s art exhibit when he toured in my city. Anything for that red-hot nationalism. In my mind, I was prepared to serve my country—and that meant violence and shouting down others.

It’s hard to escape state-led nationalistic doctrines that demand not only Chinese citizens but anyone of Chinese heritage around the world follow and promote the Chinese government’s expansionism and imperialism. Examples abound: the continuous erosion of freedom in Hong Kong, military adventurism in the South China Sea, and, most prominently right now, attempts to extinguish the Uighur culture.

To be a modern-day Chinese nationalist is to unknowingly agree to all of that and to become a de facto Han supremacist. On these issues, which all boil down to territorial disputes, it is extremely difficult for a Chinese person living in the mainland to hear arguments against the government’s claims. An argument against any is an argument against the whole. The domestic media and internet are flush with material that accuses the West of meddling in Hong Kong and Uighurs of being extremists yearning for their own reeducation—and alternative voices are ruthlessly crushed.

In a global environment where Han supremacy is being aggressively promoted by the Chinese state, it’s difficult for any dissenter to exist.

Many have tried to argue that young students from China hold diverse views but that the moderate voices are not as loud. Those moderate voices are there, but it’s not just an issue of volume but one of quantity. Journalists sometimes go on to interview a handful of Chinese students who are open-minded enough to speak to Western media, but these voices are fringe and unrepresentative of the community.

It is human nature to want to see the best in people, but the party doesn’t bring out the best in the Chinese people. Some of the most obscene comments I have seen have been from perfectly normal and gentle people to be around—after a lifetime of patriotic education and state media incitement, their minds short-circuit on contentious issues.

Nationalists are the majority—and likely to stay that way. In a global environment where Han supremacy is being aggressively promoted by the Chinese state, and where Western governments are often indifferent at best to alternatives, it’s difficult for any dissenter to exist.

It is midnight in Australia, and after explaining toxic Chinese nationalism, I must go back to finding out the office addresses of Chinese media outlets that have called me a traitor, a whore, and a West-worshiping dog so my lawyer can send them a letter in the morning.

And on the other side of the sea, the country I once dearly loved descends into nationalist fervor as the rest of the world marvels at the spectacle.

Vicky Xiuzhong Xu is a researcher at the Australian Strategic Policy Institute, a stand-up comedian, and a journalist.

NEW FOR SUBSCRIBERS: Want to read more on this topic or region? Click + to receive email alerts when new stories are published on China, Australia