The Taliban may call the vote a “foreign” process, but a majority of the country’s young population is already used to democracy.

Afghanistan held its presidential election on Saturday, and the two front-runners both claim they have enough votes to win. Of course, only one of them—incumbent President Ashraf Ghani or his coalition partner Abdullah Abdullah—can be right. A candidate needs more than 50 percent of votes to win outright, or a runoff will be held between the top two candidates.

Back to 2014 … or 2009? Ghani and Abdullah have been here before. After Afghanistan’s last election in 2014, the two leaders made similar claims of victory and accused each other of fraud. It was only after then-U.S. Secretary of State John Kerry intervened that they reached a power-sharing deal, with Ghani as president and Abdullah as chief executive. Kerry was also involved in the disputed 2009 vote, when he convinced President Hamid Karzai to accept a runoff election against Abdullah.

What’s next? For now, the only thing to do is to wait. There are no reliable exit polls in Afghanistan. The chief executive of the electoral commission, Habiburrahman Nang, bluntly said on Monday that no candidate could declare victory until Oct. 19, when preliminary results are expected. The final vote tally won’t come in until Nov. 7. After that, an indecisive result will likely lead to a call for runoff elections between Abdullah and Ghani. The larger question is whether any outcome will be widely accepted.

Only about 2.1 million of an eligible 9.6 million voters turned out on Saturday, as some 2,500 polling stations remained closed because of the threat of violence. The Taliban, which control roughly half of the country’s territory, cited the low turnout as evidence that Afghans don’t accept “foreign imported processes.” Meanwhile, election observers say the use of biometric machines in polling stations may mean that the votes that were submitted are more reliable than those in previous elections.

A hopeful message. At the United Nations on Monday, Afghanistan was represented by its national security advisor, Hamdullah Mohib, who used his platform to send a message to insurgents: “Join us in peace, or we will continue to fight.” Later on Monday, Mohib took the stage uptown at the Asia Society, where he spoke about how his country’s youth aspired to exercise their franchise—despite the odds presented to them by the Taliban.

“A young generation of Afghans have only known elections,” Mohib said, playing on the familiar saying that a generation of Afghans have known only war. Mohib is himself only 36 years old; most Afghans are under the age of 19. “They don’t remember anything before [democracy],” he said, explaining how he expected young Afghans to continue to fight for a democratic future.

What about the Taliban? With peace talks stalled, it is unclear what role the insurgent group will play in the coming months. Either way, the Taliban loom large in Afghan politics. Mohib pinned their power on Pakistan. Asked to describe the Taliban’s relationship with Pakistan, Mohib had a one-word answer: “Puppet.” He later elaborated that the group was seen by educated Afghans as a proxy for Pakistan’s shadowy Inter-Services Intelligence agency. “We don’t think of the Taliban as having any sort of independence. … It’s a proxy for an intelligence agency that controls everything they do.”

What has shaped the young generation? How has life changed for Afghans since the U.S. invasion in 2001? FP tracks a few factors.

India-Pakistan rhetoric. When Indian Prime Minister Narendra Modi took the stage at the United Nations on Friday, he made no mention of Kashmir—keeping with his country’s stated position to treat the issue as an internal matter. Later that day, Pakistani Prime Minister Imran Khan did exactly the opposite. When India lifts its ongoing curfew in Kashmir, he said, there “will be a bloodbath.” “The people will be out in the streets, and what will the soldiers do? They will shoot them,” he added.

The needling continued into Saturday, when India sent a junior diplomat to present an official response: “Even coming from the leader of a country that has monopolized the entire value chain of the industry of terrorism, Prime Minister Khan’s justification of terrorism was brazen and incendiary,” she said.

Trapped in Bangladesh. Also at the United Nations, Bangladeshi Prime Minister Sheikh Hasina laid out a new four-point proposal for ending the Rohingya refugee crisis. She demanded that Myanmar demonstrate political will to accept Rohingya returnees, take discriminatory laws off the books, and guarantee their safety. The international community should address the root causes of the crisis, including atrocities committed against the Rohingya, she said. At the same time, the Telegraph revealed that Bangladesh was planning to install fencing—complete with guard towers and cameras—around the refugee camps to address security concerns. The camps may feel more and more like prisons, but as CityLab reports, they’re becoming more and more like real cities.

Campaign season in Sri Lanka. The outlines of Sri Lanka’s upcoming presidential election are becoming clearer. Last week, the ruling party nominated Sajith Premadasa to stand against the opposition pick, Gotabaya Rajapaksa, a retired army officer who has been accused of human rights abuses during the war against the Tamil Tigers, and the Marxist party candidate, Anura Kumara Dissanayake. Premadasa is the son of assassinated former President Ranasinghe Premadasa and, like Rajapaksa, could appeal to the country’s Buddhist majority. Meanwhile, at a weekend rally, former army commander Gen. Mahesh Senanayake announced his own candidacy. He noted that Sri Lanka needs an independent force for change.

No honor in killing. A major case was resolved on Friday in Pakistan when a court in Multan convicted the brother of Qandeel Baloch, a social media personality and model, for her 2016 murder. Muhammad Waseem had admitted to strangling his sister to death but claimed that it was an honor killing meant to protect his family’s reputation from his sister’s behavior on social media. In an effort to shield him from punishment, Waseem’s family had forgiven him—which, in the case of honor killings, typically allows the perpetrator to walk free. But not this time.

Across South Asia, the life expectancy for men is much lower than for women. In which country is the spread the largest? 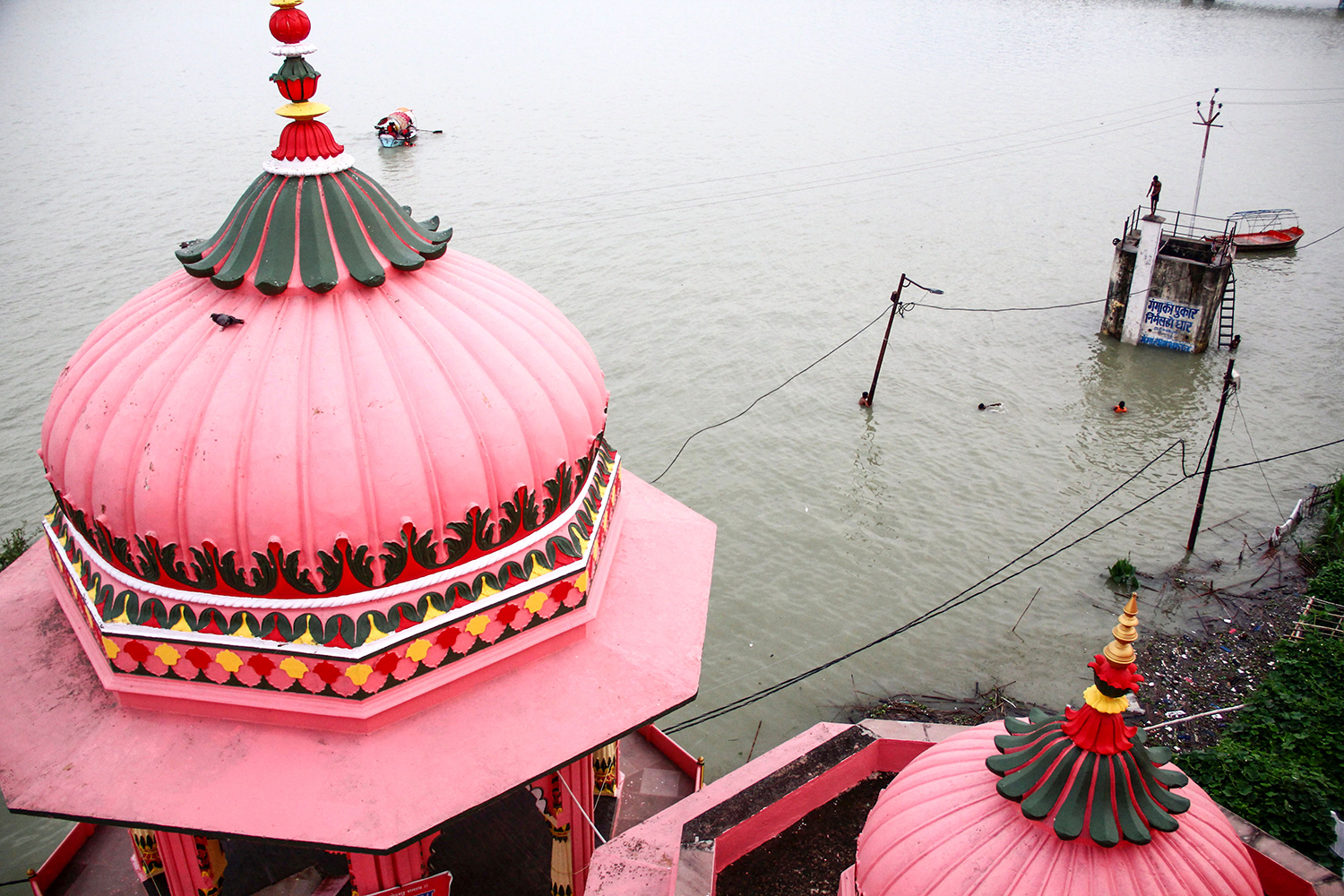 A youth stands on the top of a submerged area as the Ganges River rises in Allahabad on Sept. 19.SANJAY KANOJIA/AFP/Getty Images

Rainy times. This year, India experienced the heaviest monsoon rains in 25 years: Rainfall was 10 percent above average. Monsoon rains account for more than two-thirds of India’s annual rainfall and have an immense impact on the yield of key crops like rice and wheat. (More than half of India’s workforce is employed in agriculture.) But Indians are also feeling the devastating effects of rainfall as more than 100 people were recorded dead in floods in the states of Bihar and Uttar Pradesh after the delayed monsoon rains.

Shopping season. Amazon calls it the “Great Indian Festival.” Walmart-owned Flipkart calls it “Big Billion Days.” But whatever name you give it, an e-commerce war is underway this week as Indian shoppers gear up for the holidays of the Hindu festival of Diwali later in October. According to Forrester Research, Indians will spend $4.8 billion in online sales events in the next month. 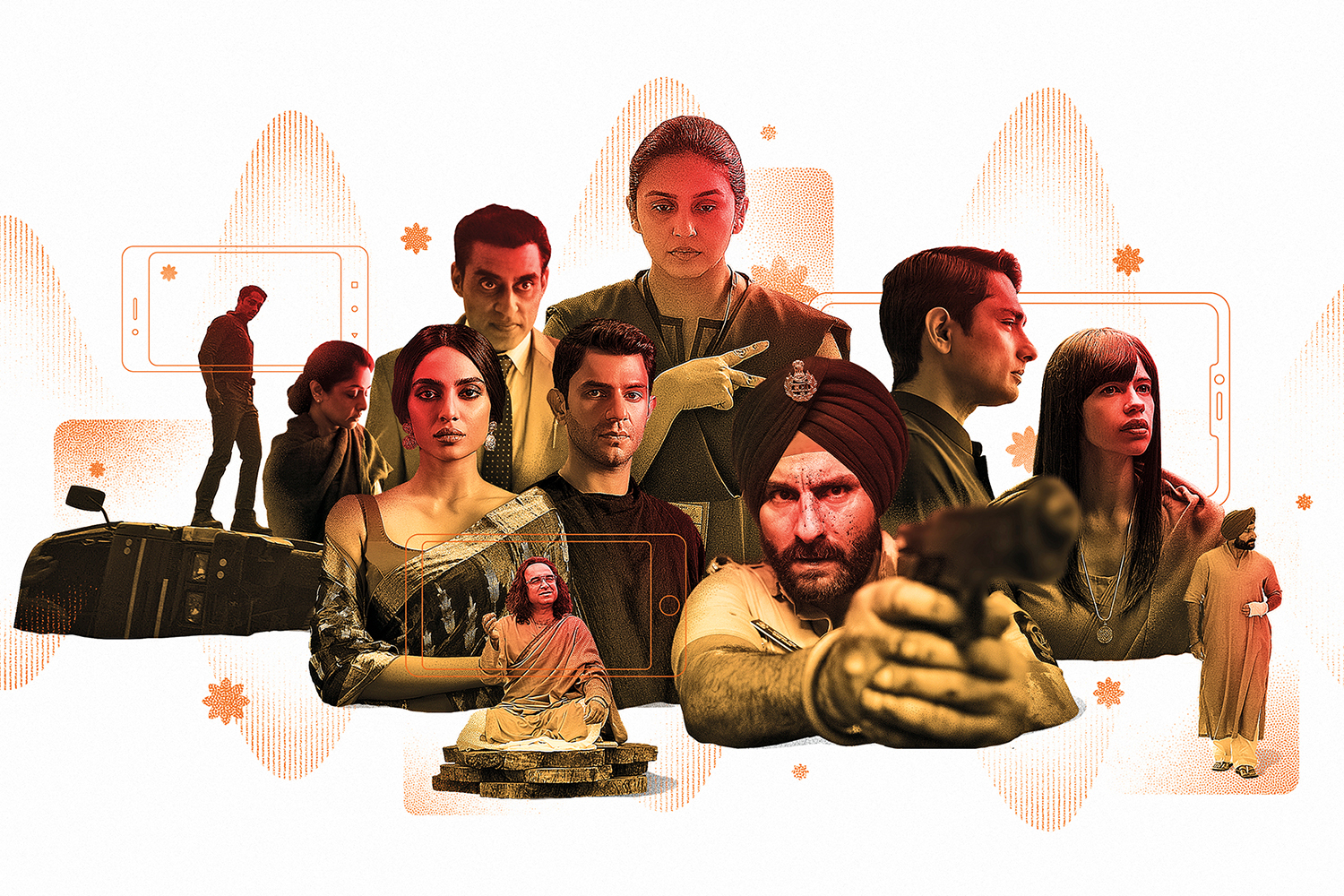 Smartphones and streaming. Looking for something new on Netflix or Amazon Prime Video? There are now several original options from India, ranging from dystopian to hopeful, but they are all geared toward India’s upper-middle-class viewers. To effect change, Ravi Agrawal writes in his review of Sacred Games, Leila, and Made in Heaven, they’ll need to reach its newly connected poor as well.

Not-so-happy kingdom. Bhutan may be known for its focus on gross national happiness, but increasingly happiness is looking more and more illusory. The reason? Drug and alcohol addiction. Alcoholism is the country’s biggest killer, and drug overdoses are ticking up, Sonam Ongmo and Tej Parikh report from Thimphu.

According to the World Bank, the life expectancy for men in Sri Lanka is a full 6.7 years shorter than for women. The smallest differences are in Pakistan (1.9 years) and Bhutan (0.6 years).

In Historic Deal With the UAE, Israel Is the Biggest Winner