Is the NBA Doomed in China?

Welcome to Foreign Policy’s China Brief. The highlights this week: A basketball tweet becomes a political firestorm in China, the United States sanctions Chinese firms over abuses in Xinjiang, and U.S.-China trade talks start in Washington.

Welcome to Foreign Policy’s China Brief. The highlights this week: A basketball tweet becomes a political firestorm in China, the United States sanctions Chinese firms over abuses in Xinjiang, and U.S.-China trade talks start in Washington.

Houston Rockets general manager Daryl Morey posted an image of support for the Hong Kong protests on Twitter last Friday, and by Sunday his job was in jeopardy. On Tuesday, all NBA games were pulled from Chinese television, and Houston Rockets products were removed from online stores. The future of the sports league—the most popular in China—seems to be in serious doubt in the country.

Meanwhile, the NBA itself has gone through a cycle of apology for Morey’s tweet, joining a number of Western firms surrendering to Chinese censorship demands—and prompting negative coverage in the United States. NBA Commissioner Adam Silver issued a new statement on Tuesday to dampen American anger, but he has only succeeded in stoking more in China.

How did this start? The anger over Morey’s tweet seems to have started with a popular Weibo account and been amplified by state media. These reactions and political discourse aren’t driven directly from the top: State media instead respond to online outrage by fueling it. Online, people aren’t able to de-escalate without exposing themselves politically. This cycle has forced other companies to start cutting ties with the NBA in order to avoid potential blowback themselves.

The bottom line. Every business in China, foreign or domestic, depends on the goodwill of the Chinese Communist Party (CCP). In steadier times, that posed fewer problems for foreign investors. As security fears and nationalist paranoia increase in China, foreign firms are now exposed to political winds. Appeasing Beijing will increasingly come with serious political and reputational costs in Washington and beyond.

E-sports. The U.S. gaming giant Blizzard also bent to China this week, banning a professional Hearthstone gamer—the equivalent of a sports star—for supporting Hong Kong’s protests. As with the NBA’s apology, Blizzard’s Chinese statement was much stronger than its English one. In response, fans have already repurposed Mei, a Chinese character in Blizzard’s Overwatch, the world’s biggest e-sports franchise, as a symbol of solidarity with Hong Kong.

Conversations with Trump? After U.S. President Donald Trump publicly called on China to investigate former Vice President Joe Biden and his son Hunter last week, it emerged that Trump had previously raised the issue with Chinese President Xi Jinping on calls before—as well as offering to exchange U.S. silence on the protests in Hong Kong for trade talk progress. While connections between the family members of U.S. politicians and Chinese business are a wider concern, there is no evidence that Hunter Biden broke any laws over Chinese business ventures.

In public, China has disavowed any notion of helping Trump. But even the kind of disruptive interference performed by Russia during the 2016 U.S. presidential election seems unlikely, according to Beijing insiders. “[The CCP leadership] don’t understand what’s happening in American politics,” said a Chinese journalist who has served as an advisor to Beijing on Trump. “One of them told me that he thinks the CIA will overthrow Trump. So they don’t want to pick a side until they know what’s going on.”

Xinjiang sanctions. This week, the United States became the first country to impose penalties on Chinese officials and companies over the detainment of over 1 million Uighur Muslims in internment camps in Xinjiang. A bipartisan group led by U.S. Sen. Marco Rubio has long pushed for Magnitsky-style sanctions against Chinese officials, though it remains unclear how high up the sanctions will go. More significant are the penalties against Chinese firms involved in surveillance in Xinjiang—particularly Hikvision and Dahua, which have strong financial ties to the United States.

A subtle shift on Kashmir. China subtly shifted its official position on Kashmir this week away from pushing for a U.N. resolution and toward supporting direct talks between India and Pakistan, causing worries in New Delhi. Ties between China and India have been strained since August, when New Delhi revoked Indian-administered Kashmir’s special status. Chinese support for Pakistan goes back decades, and Xi hosted Pakistani’s leader in Beijing this week. State media reports that Xi is watching Kashmir ahead of a state visit to India later this week could raise fears of increased Chinese aid—military equipment, even sanctions—to Pakistan over the disputed territory.

Hong Kong won’t stop. Unrest continues in Hong Kong, where the division between young city residents and Chinese authority appears increasingly permanent. Protesters stepped up their attacks on property this week, targeting mainland-linked businesses, and the police responded with increased brutality. Metro closures have been extended, forcing the city’s commuters—whether corporate staffers or domestic workers—to take the bus. And business prospects for the city seem more dire than ever.

Trade talks. China and the United States returned to the negotiating table today in Washington. Amid heated political tensions after the sanctions announcement, real progress in the trade war seems unlikely, although another short-term cease-fire is possible. The failure to reach a resolution appears to be hurting Xi’s credibility among wealthy Chinese. But that has very little chance of translating into meaningful political action in China. (The same goes with Trump and U.S. farmers, who are still suffering economically despite massive government subsidies.)

[The U.S.-China trade war is only getting worse, FP’s Keith Johnson reports.]

Scan your face, please. China’s attempts to build a comprehensive facial recognition database of its citizens continue: A face scan will soon be required to get a new mobile number. Fifteen years ago, SIM cards were freely sold in China, but that ended in 2013 when real-name ID registration became compulsory. All numbers not tied to an official identity were removed by 2017. Beyond generalized surveillance, the policy is the product of government fears about the use of mobile internet to gather protest crowds and follows an increase in smartphone-specific surveillance.

Less work, less stress? As the Chinese tech industry endures a downturn, its workers are pushing back against the infamous 9-9-6 work culture—9 a.m. to 9 p.m., six days per week. Start-up employees are no longer willing to endure such stress on the job, Bloomberg reports. The 9-9-6 culture itself is rooted partially in Silicon Valley but also in a Stakhanovite ideal of overwork inherited from Maoist days. 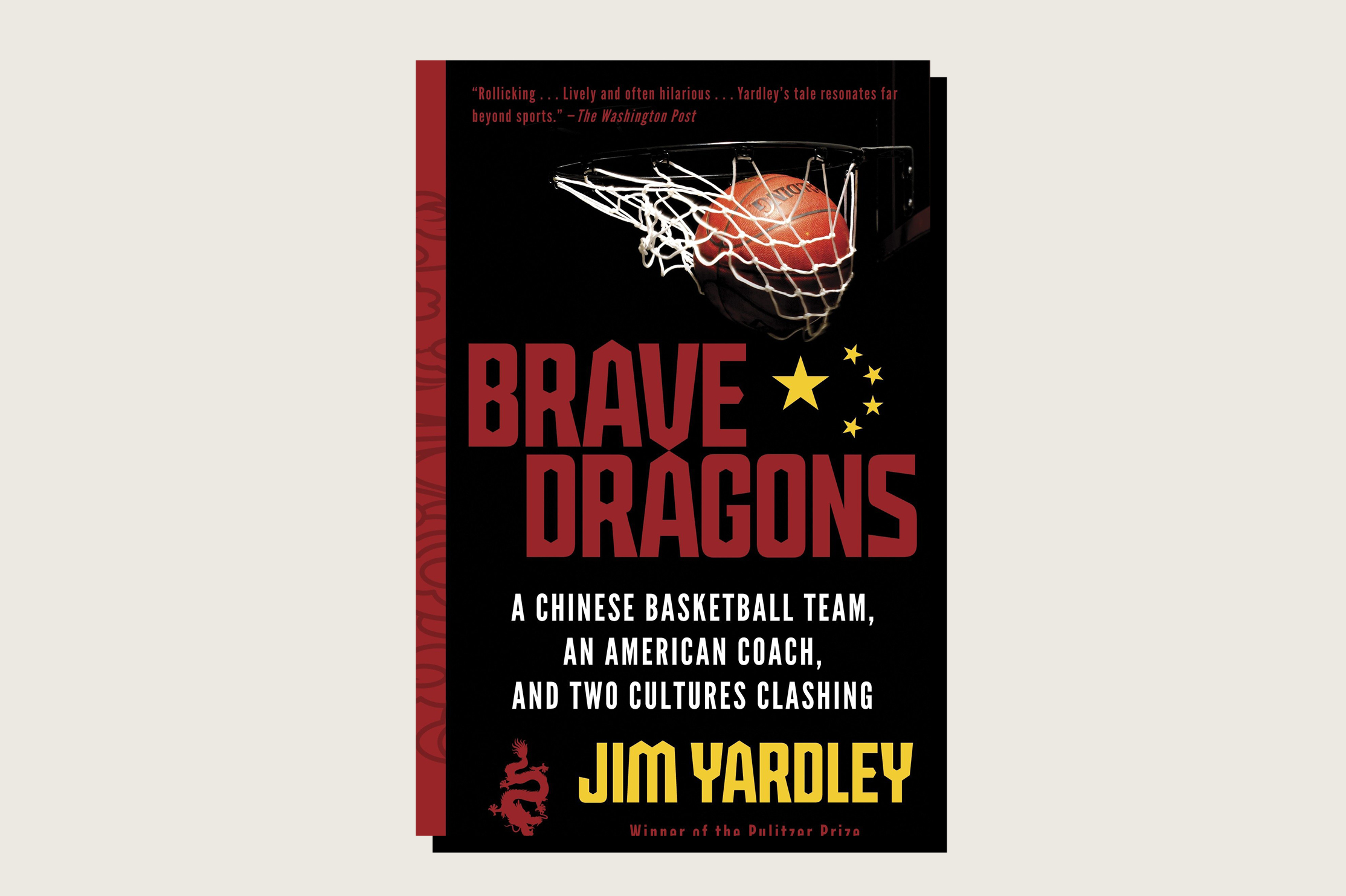 This engaging book about an American coach in China in 2008 trying to turn a terrible basketball team around is an excellent tale of culture clash and dashed expectations—but it also reflects a far more optimistic time for China-U.S. relations.

This week on And Now the Hard Part, a podcast by Foreign Policy and the Brookings Institution: Ryan Hass, the former director of China, Taiwan, and Mongolia policy on the National Security Council, explains why U.S.-China tensions are so high and offers suggestions for how to take down the temperature. Listen to the episode or subscribe and download wherever you get your podcasts.

In an attempt to echo Chinese government language, the NBA used the term zhengnengliang, or “positive energy,” in its Chinese-language apology. But the term itself has a curious history. It started as a Weibo phrase meaning “heartwarming” or “life-affirming” around 2012 and rapidly became super popular. It was then adopted by the government to near-parody and is now chiefly associated with propaganda and attempts to control speech online. When used in a nonofficial context, it is often sarcastic. Recent years have seen positive energy awards, online censorship glorified as positive energy, and calls to the press to inject positive energy into their coverage of Hong Kong’s controversial extradition bill.

For more China coverage and other stories, visit ForeignPolicy.com. You can find older editions of China Brief here. If you enjoyed this in your inbox, sign up for our other newsletters. Send tips, comments, questions, or corrections to newsletters@foreignpolicy.com.