Plus: Spain sentences Catalan separatists, Poland’s PiS wins again, and what to watch in the world this week.

Here is today’s Foreign Policy brief: In northern Syria, Kurdish-led forces turn to Bashar al-Assad’s government for protection from Turkey, Spain sentences 12 Catalan separatists, and what to watch in the world this week.

The United States is withdrawing all remaining troops from northern Syria, where Turkey is expanding its offensive and the Syrian army will redeploy along the border after striking a deal with Kurdish forces. The agreement marks a sharp turn in Syria’s long war, and one that grants more leverage to Syrian President Bashar al-Assad—as well as his Russian and Iranian allies.

Turkey’s campaign has swiftly transformed the situation in northeastern Syria, which had seen a state of calm under the Kurdish-led Syrian Democratic Forces (SDF). Hundreds of SDF forces have been killed and tens of thousands of civilians displaced. Reports emerged over the weekend that Turkish-backed groups had shot a Kurdish politician and captive fighters. Videos circulating online appear to show the killings of two Kurdish prisoners and the execution of a Kurdish politician, Hervin Khalaf, and several others by Turkish-backed forces.

[In Foreign Policy, Mazloum Abdi, the SDF commander in chief, explains why his forces are now willing to cooperate with the Syrian army and its backers.]

The Islamic State. The Turkish offensive also leaves room for the resurgence of the Islamic State, which the SDF played a key role in defeating. There are fears that the SDF won’t be able to guard at prisons holding jihadists, creating a dilemma for European governments. Prisoners affiliated with the Islamic State have already escaped from nearby camps.

Will the U.S. impose sanctions? The United States has indicated it could impose economic sanctions against Turkey—a NATO ally—as soon as this week in response to the invasion. Treasury Secretary Steven Mnuchin said Friday that U.S. President Donald Trump had already authorized sanctions, and Congress is preparing additional bipartisan legislation including sanctions on officials involved in the Syria offensive and banks involved in the Turkish defense sector.

Britain’s Parliament reconvenes. Britain’s Queen Elizabeth will announce new legislation as Parliament reconvenes today. The Queen’s Speech, which usually details the government’s upcoming policy agenda, is already controversial: Prime Minister Boris Johnson has insisted on it in order to enact the plans for his government—even though he has called for an early election, and his Brexit plan hangs in the balance.

Johnson has lost every vote held in Parliament since he became prime minister and he may lose a vote on the Queen’s Speech, too, after Parliament debates his proposed policies this week. Meanwhile, British and EU leaders are holding last-ditch talks to work out a deal ahead of the EU summit on Thursday. “A lot of work remains to be done,” the European Commission said in a statement on Sunday.

Even if an agreement is reached between Britain and the European Union, Johnson will have to get it approved in Parliament. If that fails, the fight to delay Brexit could go to the courts.

Spain’s Supreme Court sentences Catalan separatists. Today, Spain’s highest court sentenced 12 Catalan separatist leaders involved in the region’s failed bid for independence in 2017. Although all were cleared of the charge of violent rebellion, nine were given lengthy prison sentences, ranging from 9 to 13 years. Oriol Junqueras—the region of Catalonia’s former vice president, who was given a sentence of 13 years—reacted defiantly in a message posted on social media. “There is no other option but to build a new state,” he declared, “to flee from this one that persecutes democrats, prohibits voting and protests, and imprisons people for political ideas.”

Russian President Vladimir Putin arrives in Saudi Arabia today—his first visit to the country in more than a decade. Putin will meet both King Salman and Crown Prince Mohammed bin Salman and is expected to discuss ongoing tensions in the Persian Gulf. He will continue on to the United Arab Emirates on Tuesday.

Ecuador restores fuel subsidies to quell protests. The Ecuadorian government accepted the demands of protesters after 11 days of violent protest in response to a measure that slashed decades-old fuel subsidies. President Lenín Moreno had imposed a curfew before abruptly changing course and restoring the fuel subsidies. The talks between the protesters and the government were mediated by the United Nations and Ecuador’s Catholic Church.

The closed-door testimonies follow a push by Democrats in the Senate to begin hearings into Trump’s dealings with Ukrainian President Volodymyr Zelensky, FP’s Robbie Gramer reports.

Mozambique holds national elections on Tuesday, with the ruling Frelimo party and President Filipe Nyusi all but certain to win. Still, the opposition is performing better than expected in the polls, and Frelimo—which hasn’t lost since 1975—could face a test.

On Thursday and Friday, EU leaders convene in Brussels for the European Council summit—seen as the (unlikely) last chance for the European Union and Britain to strike a Brexit deal. The British Parliament is already scheduled to sit for an emergency session on Saturday to decide how to move forward.

The United States is set to impose new tariffs on EU goods on Friday, slapping a 25 percent tax on imports such as French wine, Scotch whisky, cheese, and coffee. The move—part of a dispute over subsidies for the plane maker Airbus—could block $7.5 billion in annual trade from Europe to the United States.

London is bracing for one of Britain’s largest-ever protests on Saturday, as a People’s Vote march expected to draw 1 million protesters coincides with the finale of the ongoing Extinction Rebellion climate protest. Police forces from across the country have already been mobilized.

Poland’s judiciary. Exit polls showed Poland’s nationalist Law and Justice party (PiS) on track for a second term in power after Sunday’s parliamentary elections. That means PiS will continue its campaign for control of the Polish judicial system—a major concern for EU policymakers. The ruling party’s attacks on the judiciary will be hard to reverse, Makana Eyre and Jon Allsop report for FP.

EU accession talks. The European Union must decide by Tuesday whether to begin accession negotiations with Albania and North Macedonia. But France and the Netherlands want to make changes to the bloc’s enlargement process before the talks can begin. If an official date isn’t set, it could weaken reformist forces in the Balkan countries.

North Korea’s pig herds. While North Korea has only reported a single outbreak of African swine fever, unofficial reports suggest that the disease has spread throughout the country, Bloomberg reports. A massive outbreak would worsen hunger and malnutrition in North Korea, and its inexperience with stopping animal epidemics could threaten the whole peninsula. 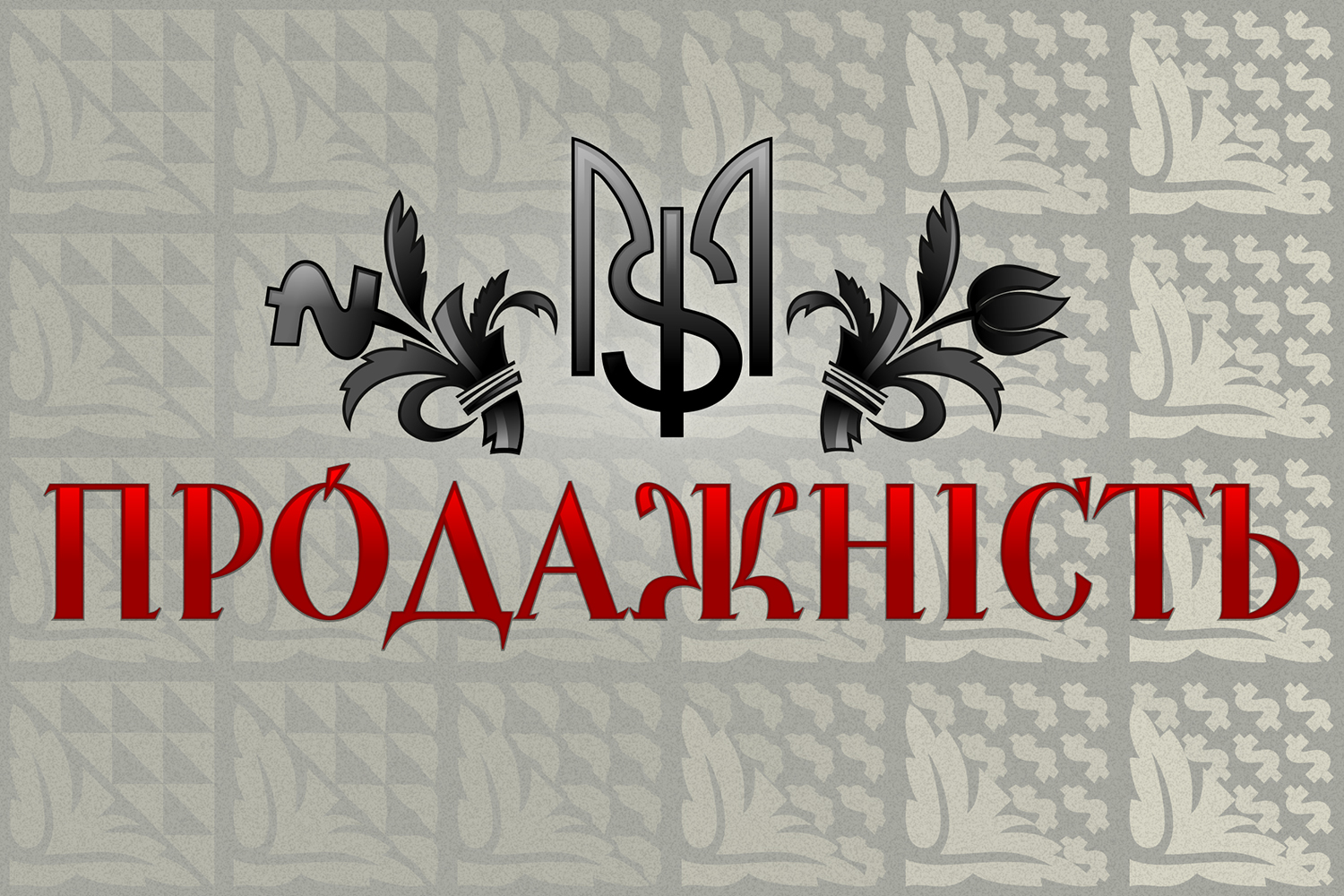 In Ukrainian, prodazhnost’ means the quality of being for sale. It’s also a second word for “corruption,” though it means something larger: a situation in which anything—or anyone—can be bought and sold. Ukraine’s Revolution of Dignity in 2013 and 2014 is widely seen as a revolt against such venality. The United States appears to be moving toward it, Marci Shore writes for FP.

“The laying bare of prodazhnost’ and proizvol [arbitrariness] is a large part of Trump’s appeal to so much of the U.S. electorate: He is perceived as not more refined, but more honest,” she argues.

Brigid Kosgei, a runner from Kenya, broke the women’s world marathon record by 81 seconds in Chicago on Sunday, running the race in 2:14:04. The previous record was set by Britain’s Paula Radcliffe in 2003. Kosgei’s new record came the day after fellow Kenyan Eliud Kipchoge became the first person to run a marathon in under 2 hours in Vienna.