Will the United States and China Ever Reach a Trade Deal?

Both sides face domestic pressure over the trade war, but they won’t make an agreement without mutual trust.

Deal or No Deal?

Last Friday, U.S. President Donald Trump claimed that the United States and China had reached a partial trade deal, agreeing “in principle” on some first steps to end the 18-month trade war, including the United States’ postponement of plans to increase tariffs on Chinese goods this week. Initially, Chinese media was considerably more cautious than Trump, but eventually it converged with the White House messaging: No deal was inked, but the foundations for an initial agreement were there.

The problem is that the two sides still don’t agree on anything, as the economist Christopher Balding writes in Foreign Policy. While both sides face considerable domestic pressure to strike a deal, the United States and China don’t concur on key issues such as intellectual property protections or currency controls. Trump said Wednesday that a final trade deal will be signed next month at the earliest, but recent history gives little reason to believe it will go forward.

What comes next—in November or later on—depends on trust between the two countries. China has broken numerous pledges on issues like intellectual property, and the Trump administration has proved itself to be unpredictable and even deceitful in the trade war. Who would trust an unenforceable deal with either?

Where’s the beef? Hoping to assuage the concerns of U.S. farmers hit hard by the trade war, Trump touted the only concrete number to come out of last week’s talks: that China agreed to purchase $40 billion to $50 billion of U.S. agricultural goods. But the Chinese side has not confirmed that figure, and analysts say it’s unlikely to come to fruition. Plus, countries like Brazil have already moved in to fill the space once occupied by U.S. exports, particularly soybeans. 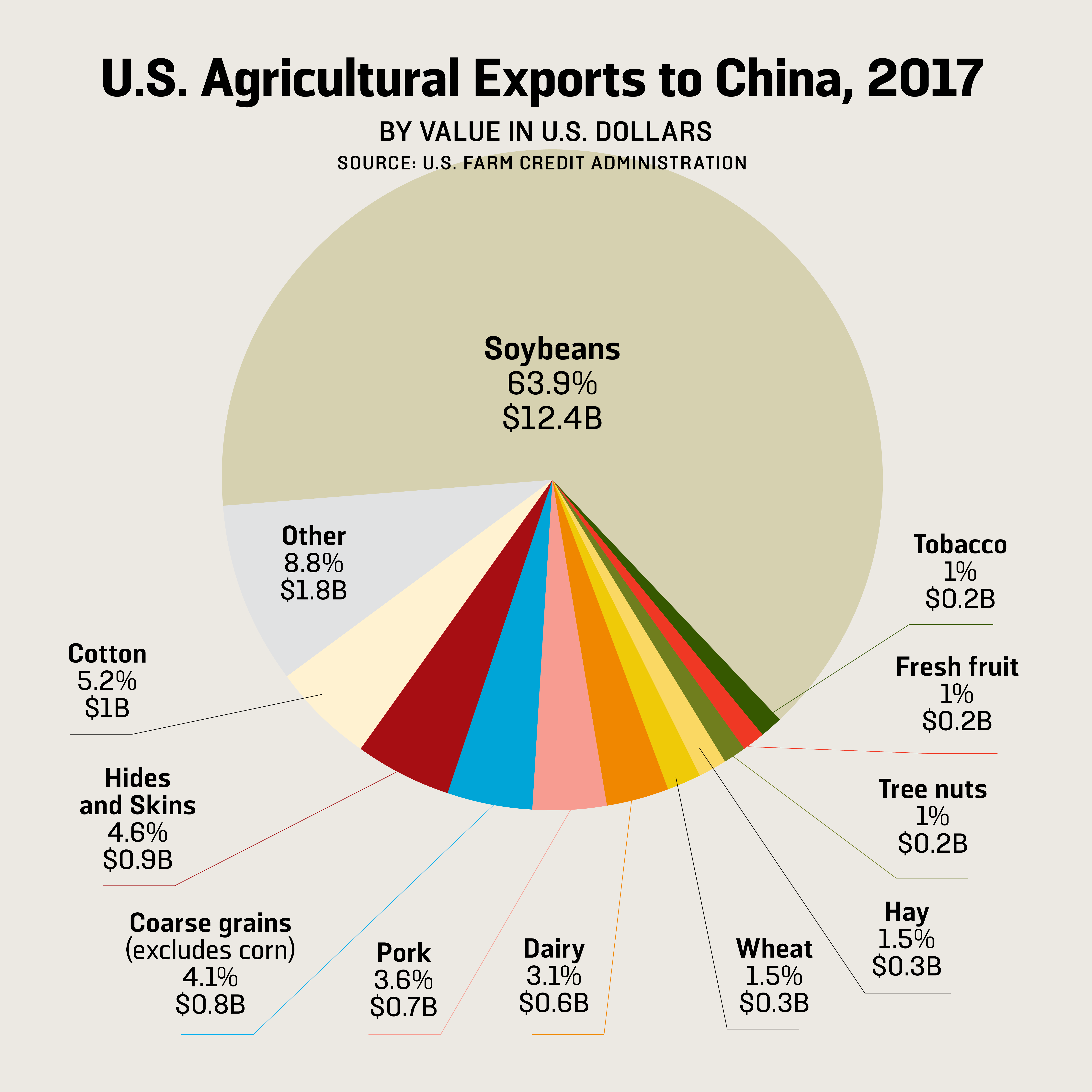 Peter Navarro’s blunder. There are a number of trade hawks in the Trump administration, including the trade advisor Peter Navarro. But a report this week about Navarro’s expertise could provide ammunition for China’s negotiators: It turns out that a so-called expert Navarro had quoted about Chinese business practices, Ron Vara, is actually an alter ego. (Ron Vara is an anagram of Navarro.) It’s an embarrassing blunder, not least because it calls attention to how little experience Navarro has with China, as Melissa Chan wrote in Foreign Policy in 2017.

U.S. Congress acts on Hong Kong. On Tuesday, the U.S. House of Representatives unanimously passed a bill threatening to reconsider Hong Kong’s special trading status if mainland repression in the city continued. The Hong Kong Human Rights and Democracy Act has strong support in the Senate but could face a presidential veto, especially with Trump angling for a trade deal. Predictably, China quickly condemned the legislation as “arrogant and dangerous” in state media. But Hong Kong’s special status is still extremely important for the Chinese elite, and losing it could empower those bitter at what they see as Chinese President Xi Jinping’s mishandling of the situation in Hong Kong.

And Hong Kong’s dysfunction grows. Meanwhile, Hong Kong’s political crisis continues: As the legislature opened for the first time since June early Wednesday, Chief Executive Carrie Lam’s annual policy speech was interrupted by pro-democracy lawmakers. (She later announced via a television feed that the city was in a “technical recession” amid the unrest.) And on Tuesday, the activist Jimmy Sham was assaulted by a group of men, the latest in nearly a dozen attacks on dissidents. Sham leads the Civil Human Rights Front, which has organized some of the biggest protests in recent months.

A big investment in the Pacific. China is leasing an entire island in the Solomon Islands as part of its long-term efforts to acquire more land and power in the Pacific Ocean. The secretive deal between a Chinese company and the provincial government over the island of Tulagi was signed last month, the New York Times reports. The move comes after the Solomon Islands’ controversial decision to cut diplomatic ties with Taiwan in favor of China. China’s Pacific efforts, which include alleged interference in the Marshall Islands’ elections and other large-scale land purchases through front companies, have raised concern among U.S. strategists, who have increased U.S. intelligence presence in the region as a result, according to insiders.

The king stumbles over China. This week, U.S. professional basketball player LeBron James added fuel to the fire of the NBA-China controversy with a public statement attacking Daryl Morey, the Houston Rockets manager whose tweet supporting pro-democracy activists in Hong Kong set off a wave of backlash from China. The issue already feels like a turning point in U.S. attitudes toward the companies bending to China’s will: Numerous columns in major outlets have decried Beijing’s leverage over U.S. corporations—long common knowledge among China watchers.

Facial recognition spreads abroad. While Chinese surveillance firms like Hikvision and Dahua are facing new U.S. sanctions, the market for their products is growing globally. Serbia, which has also recently begun joint patrols with Chinese police in three Serbian cities, is the latest customer. The most likely future markets are fellow authoritarian states in Central Asia, South Asia, and the Middle East, especially along the Belt and Road route: Expect upcoming purchases from Pakistan and Saudi Arabia.

AI’s reproducibility crisis: There’s an upcoming “reproducibility” crisis in artificial intelligence, Wired reports: As with other scientific fields, some AI research is turning out to be dubious, making the experiments difficult to replicate. That’s going to hit firms in China hard because the standards for academic publication are very low and AI firms have already been caught faking their data. The problem is worsened by increased government incentives for innovation in AI.

Targeted boycotts. Hong Kong protesters are targeting businesses they believe are tied to mainland China with boycotts and physical attacks. So far that has included Starbucks, where the local franchise is owned by a Beijing-linked businessman. McDonald’s and Apple could be next on the list. Meanwhile, a global boycott of the computer gaming giant Blizzard over its perceived pandering to the Chinese Communist Party has already started to hit stock.

Dim numbers. China released gloomier than expected trade data in September, underlining the fragile state of its economy with typically bustling industrial hubs unusually quiet. It is hard to know just how bad things are, but it increasingly feels as though the Chinese government is doubling down on nationalism—especially with regards to Hong Kong—in part to prop up its faltering credibility on the economy.

“How One Tweet Turned Pro-China Trolls Against the NBA,” by Ben Cohen, Georgia Wells, and Tom McGinty, the Wall Street Journal

This blockbuster article traces how Chinese information warfare networks were rapidly mobilized against the Houston Rockets general manager Daryl Morey last week. The incident reflects a growing trend of Chinese social media action targeting foreigners. In part, the trend may be because there is already so little space for online discussion at home that the censors need to find new ways to justify their jobs. While the scale of the operation is impressive, its political wisdom is questionable: If China hadn’t pushed the NBA into a panicked reaction, would there have been such public damage?