Voters head to the polls in an election characterized by unusual divisiveness.

Here is today’s Foreign Policy brief: Canada heads to the polls in what appears to be a tight race, Lebanon’s protests enter a fifth day, and what to watch in the world this week.

Canadian voters head to the polls today in a general election, and the race is tight. Polls show a slim margin between Prime Minister Justin Trudeau’s Liberal Party and the Conservative Party, led by Andrew Scheer—and neither party appears likely to win an outright majority. Even if he wins, Trudeau will likely have to cobble together a coalition of smaller parties.

The six-week campaign was characterized by unusual divisiveness and public scandals, including the publication of a photo of the prime minister in blackface. Trudeau called it one of the “dirtiest, nastiest” campaigns in Canada’s history. Jonathan Kay argues in Foreign Policy that this is in part because many of Canada’s fundamental policy issues have been resolved.

Likely partners? Analysts say that the election could be determined by those who voted for the Liberals in 2015: whether they turn out again, and who they vote for. Those expected to pick up support across the electorate include Jagmeet Singh’s New Democratic Party and the separatist Bloc Québécois Party. Singh has already ruled out a coalition with the Conservatives.

Will nationalism play a role? While disenchantment with establishment politicians in other countries has led populist nationalism to prevail, that’s not likely to happen in Canada, Justin Ling writes for FP. Maxime Bernier—the head of the People’s Party of Canada—already appears to have flopped. His defeat could be yet another example of nationalism failing at the polls, Ling writes.

Protests in Lebanon enter fifth day. Lebanon’s largest demonstrations since 2005 are expected to disrupt the country for a fifth day today as thousands protest over economic crisis, corruption, and weak governance. Since the protests erupted the government has struggled to respond. On Sunday, Lebanese Prime Minister Saad al-Hariri agreed to reforms that include a reduction in presidential salaries and benefits to government officials, with his cabinet set to meet today to approve the deal.

Boris Johnson seeks another vote on Brexit deal. British Prime Minister Boris Johnson will seek a “meaningful vote” on his Brexit deal with the European Union today in Parliament, despite being pushed to request another extension from Brussels on Saturday. (A bill passed last month required Johnson to seek a three-month delay if a deal were not approved by Saturday.) The government has insisted that Britain will still leave the European Union on Oct. 31. EU officials say they will make a decision on the extension following today’s vote.

Bolivia’s Evo Morales is headed to a runoff. With most of the ballots counted on Sunday, it seemed that Bolivian President Evo Morales had received the most votes—but not enough to avoid a December runoff. Morales, in power since 2006, is seeking a fourth term. He has been criticized by some for his long tenure but has been heralded for serving as Bolivia’s first indigenous president and narrowing the wealth gap. Morales will face off against former President Carlos Mesa in the runoff.

U.S. Secretary of Defense Mark Esper travels to the Middle East and Europe this week, starting in Afghanistan, where he is pushing to get the peace talks with the Taliban back on track. Later, Esper heads to the NATO headquarters in Brussels to discuss how to combat the Islamic State with troops now stationed outside of Syria.

Botswana holds a general election on Wednesday, and it is expected to be the closest in the country’s history after former President Ian Khama came out against incumbent President Mokgweetsi Masisi, who he picked to succeed him. The defection from the ruling party, which has been in power since 1966, could shake up politics in stable Botswana.

The first Africa-Russia Summit will be held in Sochi, Russia, on Wednesday and Thursday. President Vladimir Putin hosts leaders from 35 countries, signaling a Russian “pivot towards Africa.” There, Egyptian President Abdel Fattah al-Sisi will meet Ethiopian Prime Minister Abiy Ahmed, and he is expected to ask for a mediator in a growing dispute over a hydropower dam.

Protest violence in Chile. At least seven people have died amid violent protests in Chile, and on Sunday President Sebastián Piñera extended a state of emergency to cities in the north and south of the country. The demonstrations began over a rise in the cost of public transit but have continued despite the government reversing the policy. In the capital of Santiago, an overnight curfew was declared for the second night on Sunday.

The U.N. nuclear watchdog. The 35-member board of the International Atomic Energy Agency (IAEA) votes today for a new director general, following the death of Yukiya Amano in July. The secretive election requires the winner to receive a two-thirds majority, and today’s marks only the sixth in the watchdog’s history. The next IAEA chief will be responsible for nuclear inspections in Iran and the cleanup of Fukushima in Japan.

Secrecy laws in Australia. On Monday, newspapers across Australia blacked out their front pages in response to laws passed in recent years that penalize whistleblowers and threaten journalists. The campaign follows police raids on the headquarters of the Australian Broadcasting Corporation and a journalist’s home in July.

Brazil’s woman farmers. A record number of Brazilian farms—31 percent—are now managed by women, despite violence and discrimination that keeps many women out of the sector. Now they are banding together to seek change in one of the world’s largest agriculture industries, the Washington Post reports.

It’s Trump’s World Now. What Do We Do About It? 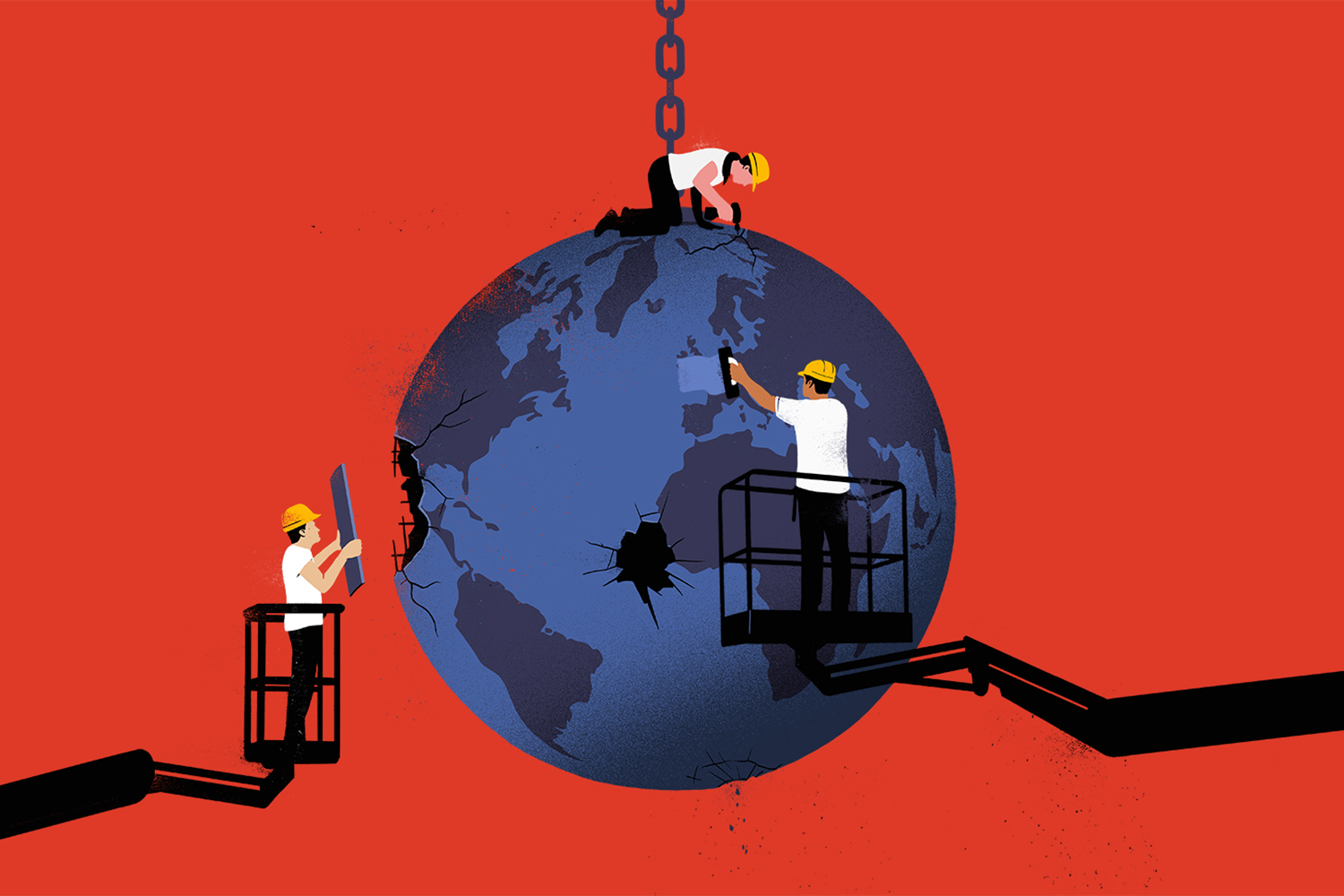 Foreign Policy’s latest issue explores the world order after U.S. President Donald Trump, including how future presidents must address inevitable trade wars, how the internet can save the news industry, how populism could shape U.S. democracy, and more.

Read the Her Power Index to see what we uncovered about the barriers women face entering the field and rising to leadership positions.

Over the weekend, Egypt revealed that archaeologists had uncovered 30 ancient mummies in coffins in the city of Luxor—the largest such discovery in over 100 years. The mummies, which date back to the 10th century B.C., will go on display at a national museum set to open near the Giza pyramids next year as part of an effort to revive the country’s tourism sector.

The Australian airline Qantas has completed the first test of a New York to Sydney flight, which would be the longest nonstop commercial route in the world. The journey took 19 hours and 16 minutes, with tests to monitor the long haul’s effects on pilots’ and passengers’ bodies. By the end of this year Qantas will decide whether to start operating the route.

The United States Is Pushing Lebanon Further Into Iran’s Embrace