Countries may like to game lists like the annual Doing Business report, but the incentives for economic reforms are still a net positive.

Welcome to Foreign Policy’s weekly South Asia Brief. The highlights this week: A look at how the region’s economies fare on business regulations, what Baghdadi’s death means for the Islamic State in Afghanistan, a march against Pakistan’s Imran Khan, and state elections in India.

Is It Getting Easier to Do Business in South Asia?

Welcome to Foreign Policy’s weekly South Asia Brief. The highlights this week: A look at how the region’s economies fare on business regulations, what Baghdadi’s death means for the Islamic State in Afghanistan, a march against Pakistan’s Imran Khan, and state elections in India.

Is It Getting Easier to Do Business in South Asia?

On Friday, the World Bank released its 2020 report. South Asia’s economies fared poorly, although the region marked a net improvement over last year, with Pakistan leaping 28 spots to 108th. But none of the region’s eight countries ranked among the world’s top 50. Below, each country’s ranking is compared with its place the previous year, as well as its respective position in 2016. While India has recorded a significant jump, from 130th in 2016 to 63rd in the latest edition, most other South Asian countries have struggled to make significant gains. 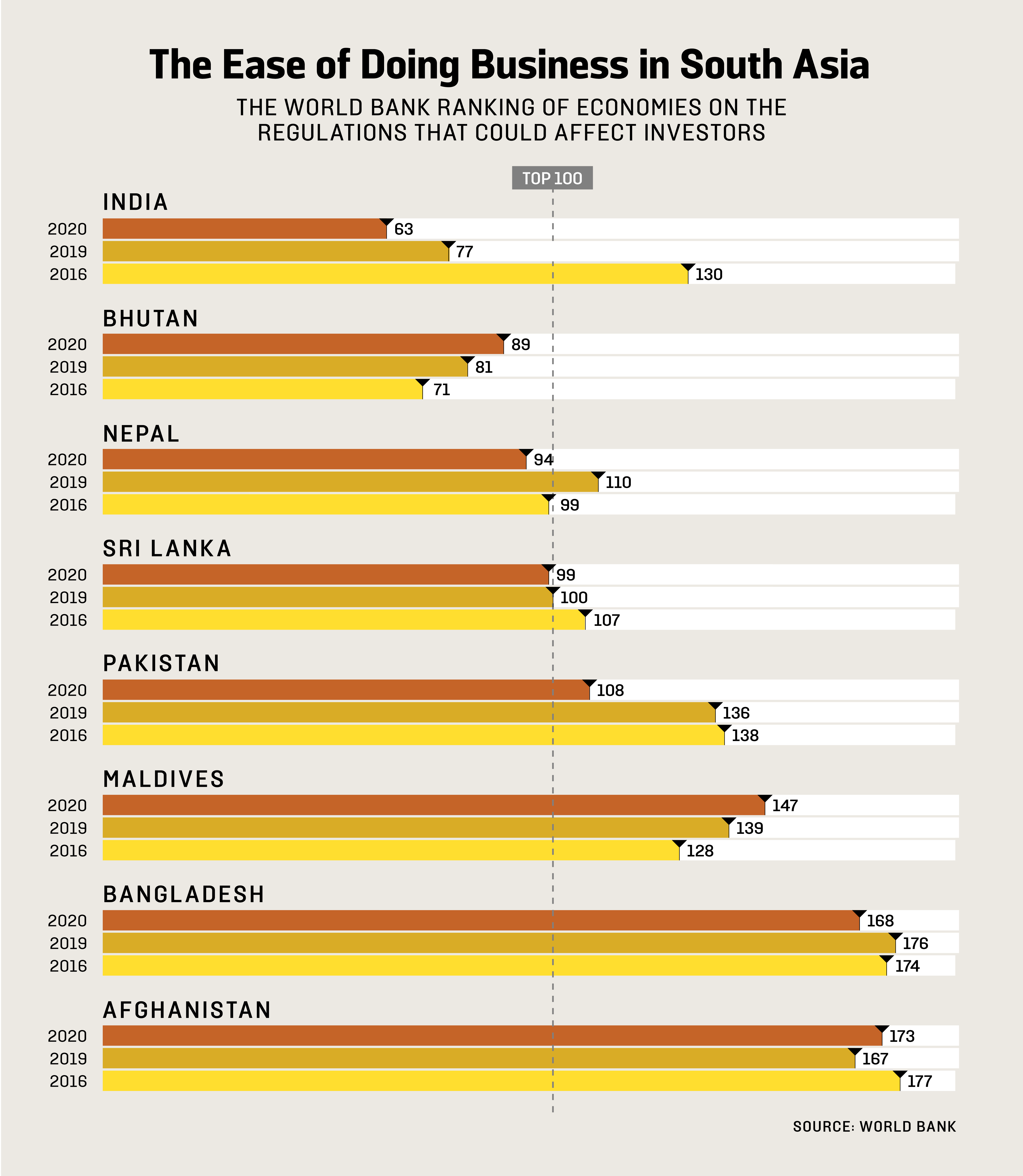 Real changes or gamesmanship? The Doing Business report has generated both controversy and criticism over the years. In 2018, the World Bank’s chief economist, Paul Romer, resigned after he suggested—but then failed to substantiate—that the organization’s political leanings influenced the rankings. Critics say the report spurs governmental gamesmanship similar to the race among universities to improve their positions on the annual U.S. News college rankings. (Rwanda, for example, devoted a whole ministry to improving the business indicators surveyed on the bank’s report, culminating in a peak 29th-place ranking last year.) Others point to the gap between what regulations seek to achieve in the developing world and the reality businesses face. After all, graft in India or violence in Afghanistan can undo the most business-friendly laws on paper.

Incentivizing reform. The criticisms are not without merit. But if global rankings provide an incentive to execute economic reforms, they serve an important purpose. As the World Bank’s country-by-country list of reforms conducted last year shows, South Asian economies have taken some steps forward. Pakistan made it easier to obtain construction permits, get an electricity connection, and register property. Nepal made it easier to enforce contracts. India introduced bankruptcy laws and improved building quality controls while continuing to make it less complicated to start a business. While corporations appreciate these advances, governments know they still have much to achieve if they are to move higher up on the rankings.

Ultimately, the Doing Business rankings shouldn’t be seen in isolation. Investors need to take into account broader infrastructure. Even though India rose in the Doing Business rankings, for example, it slipped 10 spots to 68th place in the World Economic Forum’s Global Competitiveness Index this year. Global investors will also do well to keep an eye on Transparency International’s annual rankings on corruption and the World Press Freedom Index, which together help paint a broader picture of real living and working conditions across countries. 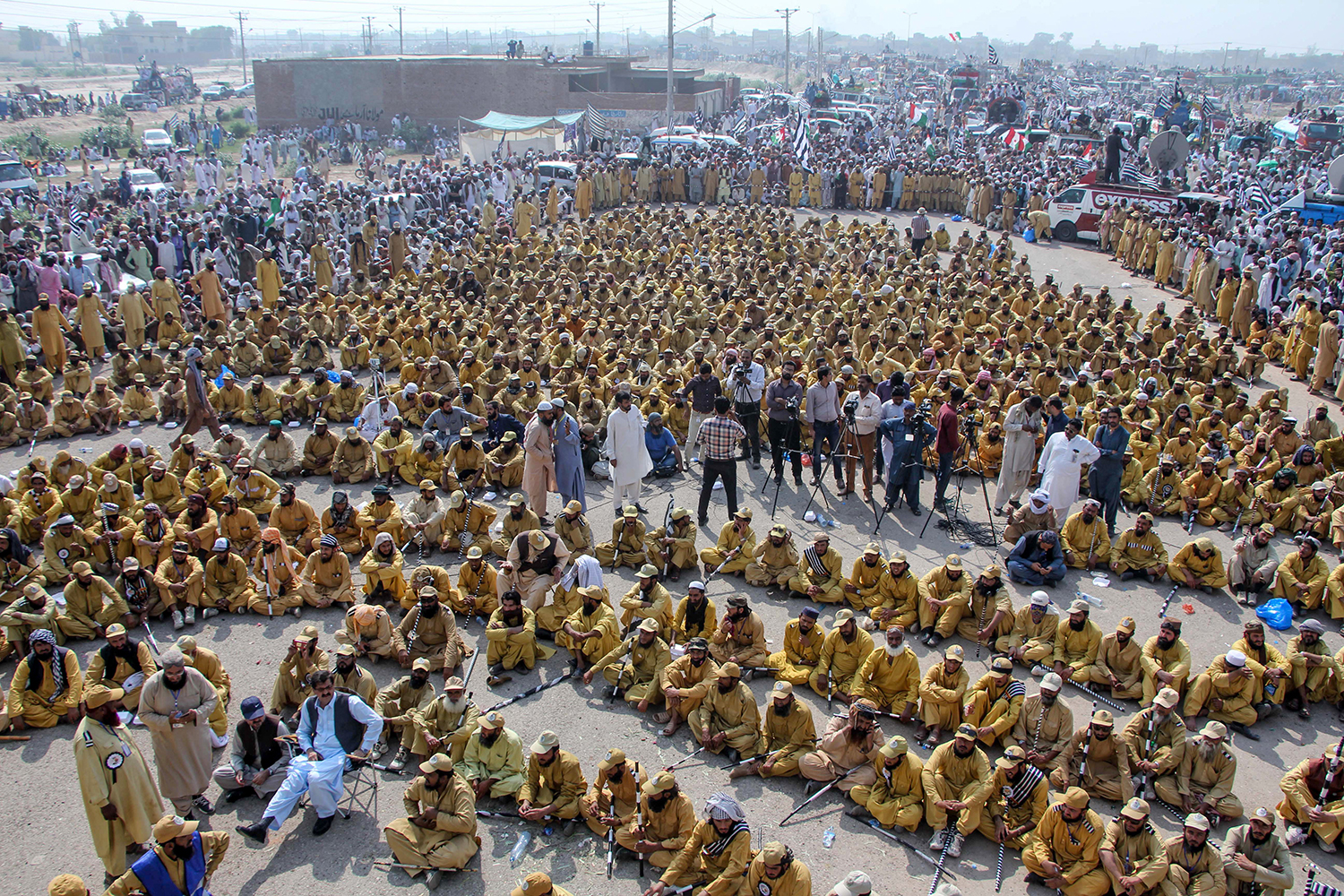 Supporter of the Jamiat Ulama-e-Islam Fazl party gather during the anti-government Azadi March march towards Islamabad in Multan, Pakistan, on Oct. 27.S.S. MIRZA/AFP via Getty Images

Out with Imran? Pakistani Prime Minister Imran Khan is facing mass protest as a march calling for his resignation set off from Karachi toward Islamabad on Sunday. The movement is led by an opposition politician and powerful religious figure, Maulana Fazlur Rehman, who has criticized Khan for his alleged close ties with the Pakistani military and for Pakistan’s ongoing economic crisis. Pakistan’s two largest opposition parties support the march and have also accused Khan of rigging the election that brought him to power last year.

Afghanistan’s Islamic State. U.S. special operations forces killed Abu Bakr al-Baghdadi, the leader of the Islamic State, in Syria last weekend. His death will be a blow to the group around the world. Soon after the announcement of the raid, a spokesman for Afghan President Ashraf Ghani welcomed the news. For years, the country has been dealing with the challenge posed by the Islamic State’s South Asian affiliate, the Islamic State in Khorasan, along with other groups. Over the weekend, U.S. forces also killed over 80 Taliban fighters in Kandahar and Faryab.

#BangladeshToo. Sixteen people have been sentenced to death in Bangladesh for the murder of Nusrat Jahan Rafi, a 19-year-old student who had accused her school’s principal of harassment. Her death in April—she was doused with kerosene and set on fire after she refused to recant her allegations—set off protests in several cities. According to Sara Hossain, a Bangladeshi lawyer, only 2 percent of women who face sexual violence in Bangladesh report it.

Back at the polls in India. In two state elections last week, Prime Minister Narendra Modi’s Bharatiya Janata Party (BJP) won the vote but with far tighter margins than expected. In Haryana, the BJP failed to lock in an outright majority, which means that it will have to enter a coalition government. In Maharashtra, together with its ally Shiv Sena, the party won a majority but with fewer seats than in 2014. Among other factors in the outcome, the Times of India points to rising unemployment and the BJP’s poor performance in rural areas. 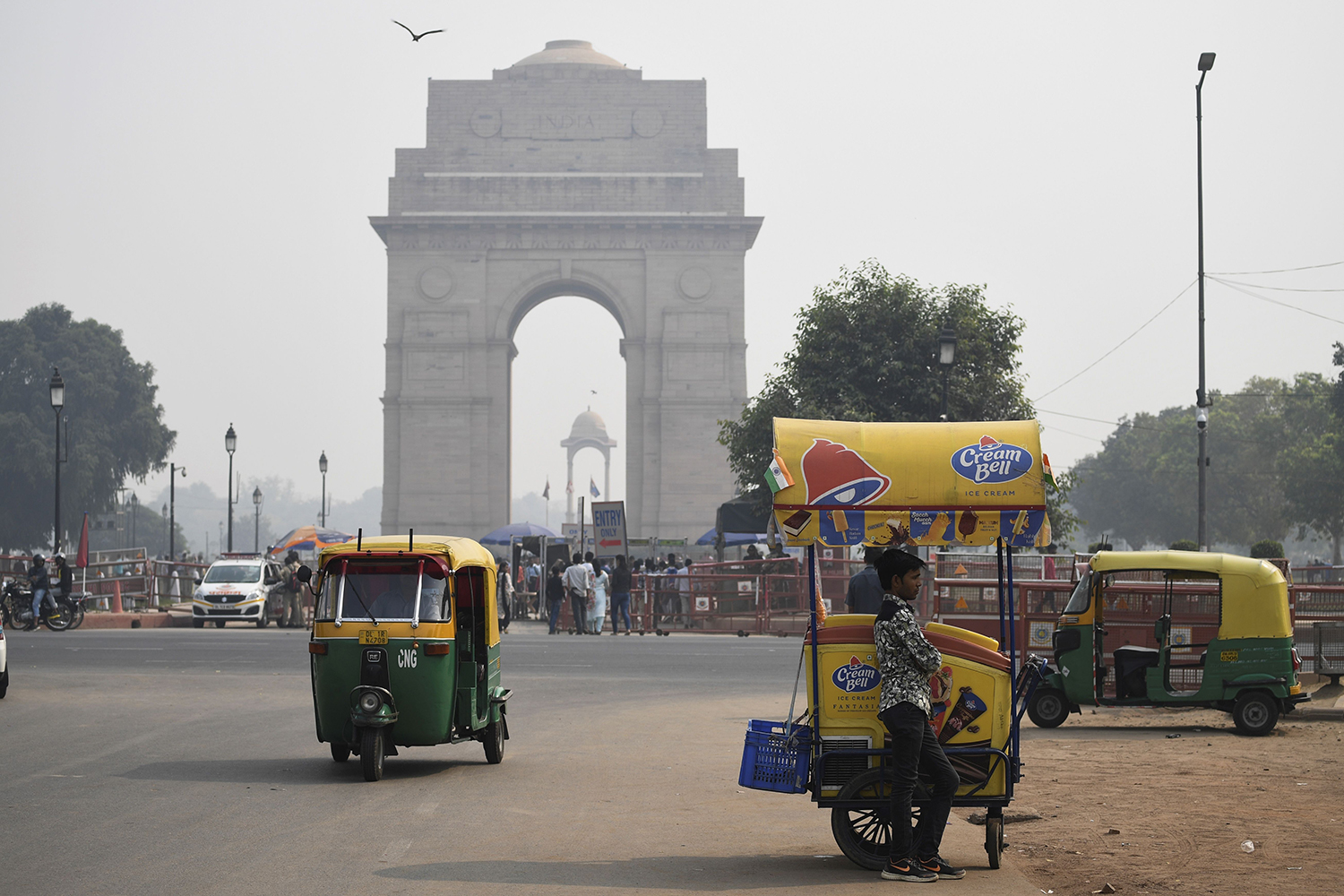 An ice cream vendor waits for customers under heavy smog near India Gate in New Delhi on Oct. 28.SAJJAD HUSSAIN/AFP via Getty Images

People across South Asia marked Diwali, the Hindu festival of lights, over the weekend. But celebratory fireworks led to extreme levels of pollution in New Delhi.

That brings us to our question this week. In a recent ranking of the world’s most polluted cities, how many of the top 15 were cities in South Asia?

India-Saudi ties. Indian Prime Minister Narendra Modi arrived in Riyadh on Monday to participate at an investment summit known as “Davos of the Deserts.” According to Reuters, India imports more than 80 percent of its oil and is looking to strengthen its relationship with Saudi Arabia beyond just energy.

Jio spinoff. India’s Reliance Industries plans to break off its Jio cellular business into a new company with a fresh $15 billion cash infusion, according to the Financial Times. Jio has more than 350 million customers and is expected to make a foray into the country’s crowded e-commerce market.

Is Everest shrinking? This year, Mount Everest was in the news over increasingly overcrowded and polluted climbs to the top. But now Nepal is grappling with a different issue: After an earthquake in 2015, the mountain may not be as tall as it once was. The standard measurement of 29,029 feet is based on a 1950s figure by an Indian team. A group of Nepali surveyors recently trekked to the top of the peak with 100 extra pounds of equipment to get a more accurate measurement.

Gone fishing. In India, fishing can be a dangerous business. With unpredictable monsoons and cyclones, scores of fishermen can be lost at sea every year. During a cyclone in November 2017, 218 Indian fishermen were officially reported dead. To help make the profession safer, researchers in India are rolling out GEMINI, a handheld device that uses the same GPS and navigation data as airports and transmits it to mobile phones. In addition to disaster warnings, it can also provide information about locations of shoals of fish.

In a report from the Economist, 12 of the world’s most polluted cities were in India and two in Pakistan. Only one Chinese city made the ranking.

NEW FOR SUBSCRIBERS: Want to read more on this topic or region? Click + to receive email alerts when new stories are published on Economics, South Asia