Russia and Turkey have brokered a cease-fire in Syria—but violence in the country’s north has continued, and armed groups are likely to return to the fight in the near-term. The deal underscored Russia’s newfound role as a power broker in the Middle East.

With the resignation of Lebanese Prime Minister Saad Hariri, protesters there have now achieved one of their chief aims. The country is now wrestling with what happens next, but protests show no signs of abating.

Meanwhile, widespread accusations of election fraud led to mass demonstrations across Malawi against President Peter Mutharika, but Luke Tyburski argues in Foreign Policy that those accusations were greatly exaggerated. 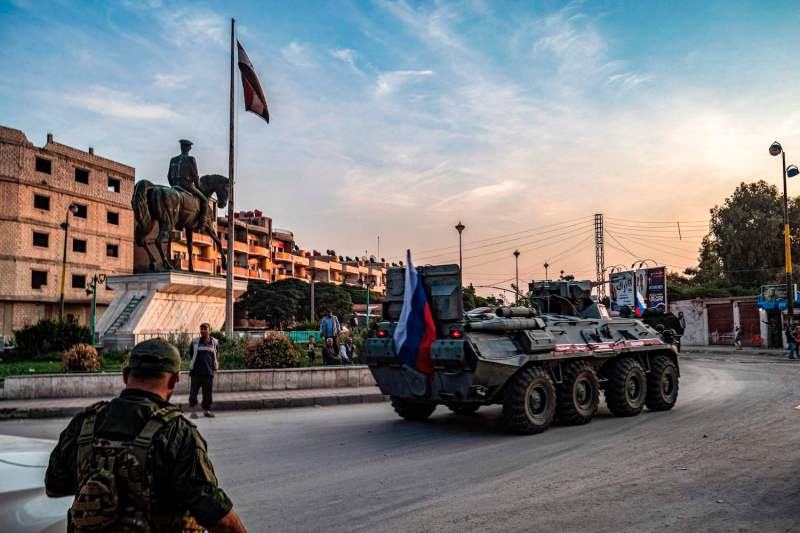 A Russian military police armored personnel carrier drives past an equestrian statue of Bassel al-Assad, the late brother of President Bashar al-Assad, in the northeastern Syrian city of Qamishli on Oct. 24. DELIL SOULEIMAN/AFP via Getty Images

1. Russia Is the Only Winner in Syria 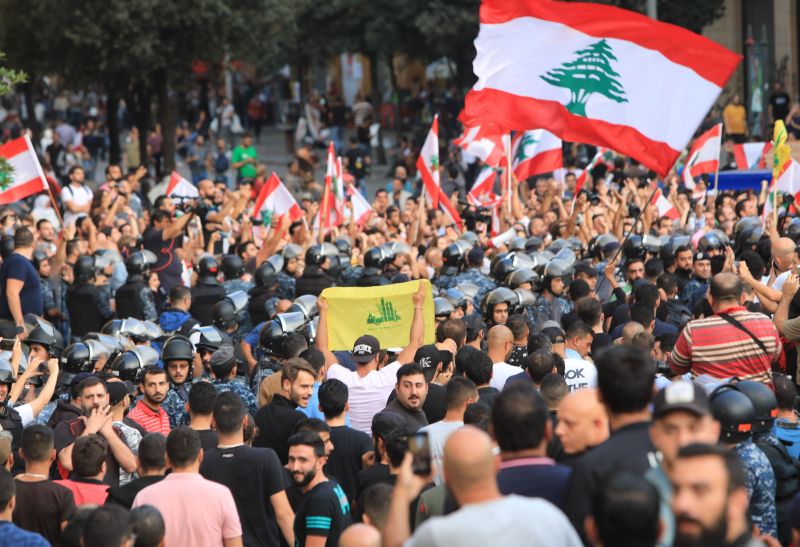 2. Lebanon’s Protests Are Leaderless. That May Be Their Strength.

Protesters took to the streets of Lebanon in the country’s largest anti-government demonstrations in over a decade. The protests lack a clear leadership structure, but some protesters are happy with that arrangement. It reflects their disdain for the leaders of their government, Rebecca Collard writes. 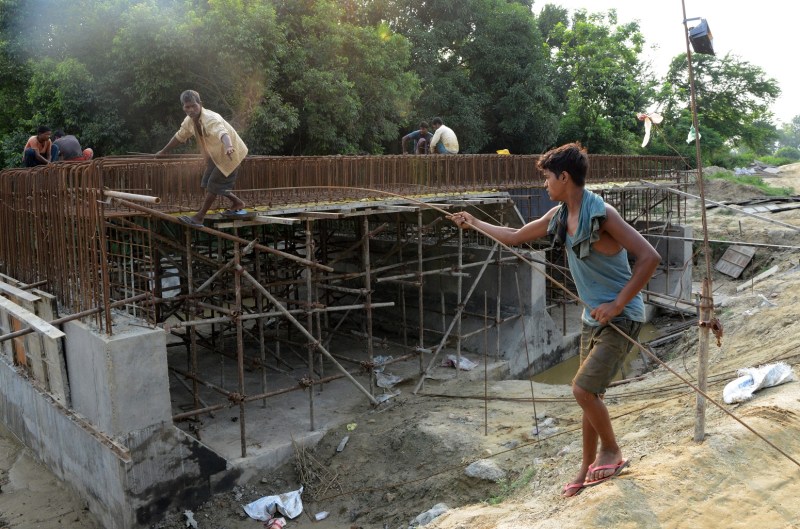 Indian laborers work at the construction site of a bridge for the new railway in Janakpur on June 14, 2017. Prakesh Mathema/AFP/Getty Images

3. China and India Are Fighting Over Nepal’s Railways

Nepal is sandwiched between India and China, but its economy has long been dependent on New Delhi. As part of its Belt and Road Initiative, Beijing plans to invest in an ambitious railway project cutting across Nepal, diversifying the country’s economic options but curtailing India’s regional power, Arun Budhathoki writes. 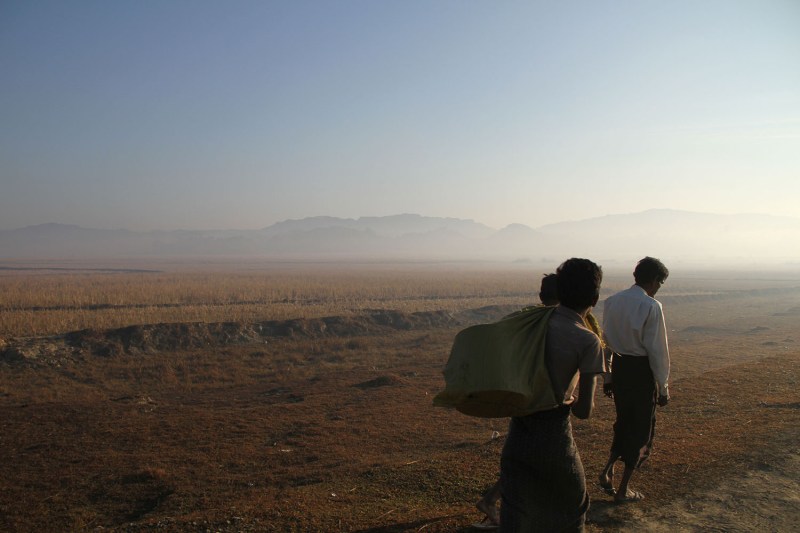 Three people walking along a road are seen during a government-organized visit for journalists in Buthidaung townships close to the surge of fighting between the Arakan Army and government troops in the restive Rakhine state on Jan. 25.Richard Sargent/AFP/Getty Images

4. It Isn’t Just the Rohingya. Myanmar Is Now Attacking Buddhists in Rakhine State, Too.

Myanmar’s Rakhine state is a hotbed for anti-government resentment. The country captured global headlines in 2016 and 2017 after the army cracked down on its Rohingya Muslim minority. Now the military is turning toward Rakhine Buddhists, and another humanitarian crisis looms, Jonathan Gorvett writes. 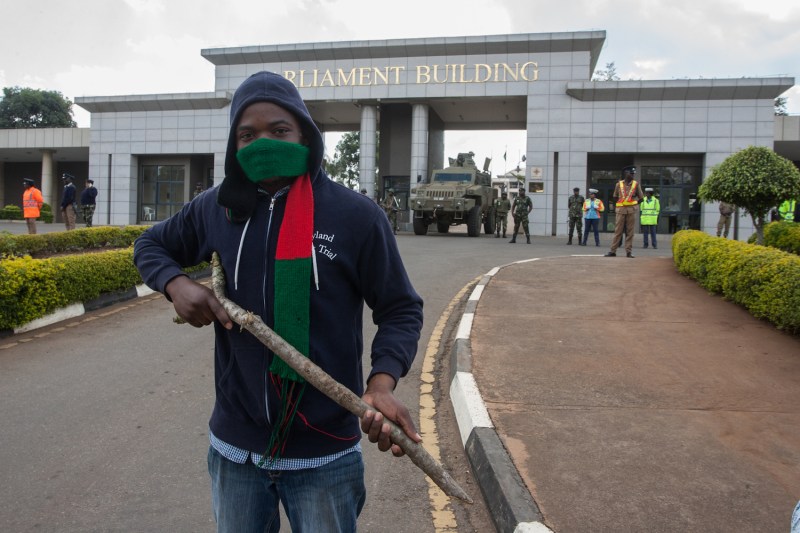 A protester holds a stick in front of Malawi Defense Force soldiers at the entrance of the Malawian parliament during a demonstration by opposition supporters against the reelection of the president, which protesters say was due to fraud, on July 4 in Lilongwe, Malawi.AMOS GUMULIRA/AFP via Getty Images

5. Malawi’s Election Was Not Stolen With White-Out

Malawi’s President Peter Mutharika was reelected by a slim plurality in May. Opposition leaders pointed to procedural irregularities that might have handed Mutharika a victory. But elections in the country have above-average levels of transparency, and Luke Tyburski suggests that the use of white-out to nullify votes was neither sinister nor widespread.

How the United States Could Lose a Great-Power War

The U.S. military is focused on future fights against China and Russia—but it could be playing right into their hands.

Baghdadi Is Dead But His Legend Lives On

The leader of the Islamic State was finally killed—but not before he became the most important terrorist in recent history.

Central bankers are recognizing they have the power and responsibility to fight climate change. The Bundesbank would rather not.