Erdogan Heads to the White House

The Turkish president arrives in Washington amid widespread criticism over his campaign in northern Syria.

Amid Tension, Trump Hosts Turkish President at the White House

Amid Tension, Trump Hosts Turkish President at the White House

Turkish President Recep Tayyip Erdogan visits the White House today after a tumultuous month. Turkey has faced widespread condemnation of its campaign against U.S.-backed Kurdish fighters in northern Syria—including in the U.S. Congress, where lawmakers are still weighing sanctions against Turkey over the incursion.

But U.S. President Donald Trump and Erdogan remain on friendly terms, and when they meet, Trump is likely to focus on another point of tension: getting Turkey to drop its plans to use the Russian S-400 missile defense system, a move that U.S. officials say could eventually bring Turkey back to the U.S. F-35 fighter jet program. Trump is also expected to offer a $100 billion trade deal to push for a permanent cease-fire in Syria.

What will come of it? An official White House meeting may not be enough to turn around the recent rift in U.S.-Turkish relations. Turkey already rejected a similar deal offered last month in an attempt to stop the Syria incursion. And Ankara’s current stance toward Washington stems from decades of misunderstandings, as FP’s Keith Johnson and Robbie Gramer wrote in July.

What about the Syria peace talks? U.N.-backed talks in Geneva over Syria’s future wrapped up last Friday, and though the U.N. Syria envoy said they went better than expected, insiders say the newly formed constitutional committee is unlikely to produce concrete results. Syrian President Bashar al-Assad is gaining ground—and has no incentive to compromise, FP’s Lara Seligman and Colum Lynch report.

Key U.S. impeachment inquiry witnesses testify in public. The impeachment investigation into Trump’s dealings with Ukraine enters a new phase today as two senior diplomats testify in public for the first time. William Taylor, the top U.S. diplomat in Ukraine, and George Kent, the deputy assistant secretary of state for European and Eurasian affairs, have already testified behind closed doors. Both reportedly corroborated the account of the whistleblower who said Trump demanded Ukraine investigate his potential rival, former Vice President Joe Biden. Significant new details aren’t likely to emerge, though credibility is on the line for both sides, FP’s Amy Mackinnon explains.

Protests flare again in Lebanon, with one killed. After Lebanon’s President Michel Aoun called for anti-government demonstrators to stay out of the streets or risk catastrophe, protests flared again on Tuesday. At least one protester was killed by security forces in the first such shooting since the protests began nearly four weeks ago. The incident is likely to further inflame tensions, as activists seek to bring the country to a standstill and push out Lebanon’s political elite. Meanwhile, the union representing Lebanon’s bank staff has called for a general strike to continue today over concerns for employee safety as fears of a run on the banks rise.

Bolivian opposition politician assumes the presidency. On Tuesday, Bolivian lawmaker Jeanine Añez Chavez stepped forward to assume the presidency and was immediately backed by the country’s constitutional court. Añez was technically the next in line after ex-President Evo Morales and some of his allies resigned on Sunday. But the move isn’t likely to calm tensions in Bolivia. From Mexico, Morales labeled Añez’s leadership as illegitimate and called on his supporters to nullify it today in a legislative session.

Fake news in Sri Lanka. Civil society groups in Sri Lanka are criticizing Facebook’s decision to allow politicians to promote content deemed false by factcheckers ahead of the country’s presidential election on Saturday. Facebook has previously struggled in Sri Lanka, where the government accused the platform for failing to act against anti-Muslim hate speech in 2018. Facebook and other social media giants also have a language problem: As Yudhanjaya Wijeratne argued in FP in May, U.S.-based tech companies don’t have the linguistic skills to properly police content in Sinhalese and Tamil, allowing hate speech and other questionable content to proliferate.

Spain’s election aftermath. After the second general election of the year, the ruling Socialist Party quickly reached a preliminary coalition deal with the left-wing Podemos party—despite months of disagreements between the two parties after the April election. The two parties won 155 seats combined—slightly fewer than in April—and they are still short of the 176 seats needed for a parliamentary majority, meaning they will need to partner with smaller parties or rely on the abstention of rivals when they seek a vote on a new government. Meanwhile, the far-right Vox party more than doubled its April showing, taking 52 seats in parliament.

Bolsonaro’s new party. Brazilian President Jair Bolsonaro will quit the right-wing Social Liberal Party (PSL) by early next year and form his own, party lawmakers said Tuesday. Bolsonaro only joined the PSL as a bid to win last year’s elections, and his relationship with its leadership has been fraught. A meeting over the new party—Movement for Brazil—will be held next week.

China’s foothold in Britain? On Monday, it was announced that a Chinese conglomerate would rescue the British Steel Corporation, saving thousands of jobs in northern England. But the development is another example of British industry’s increasing dependence on the Chinese Communist Party, Martin Thorley argues in FP.

To the Barricades in Beirut 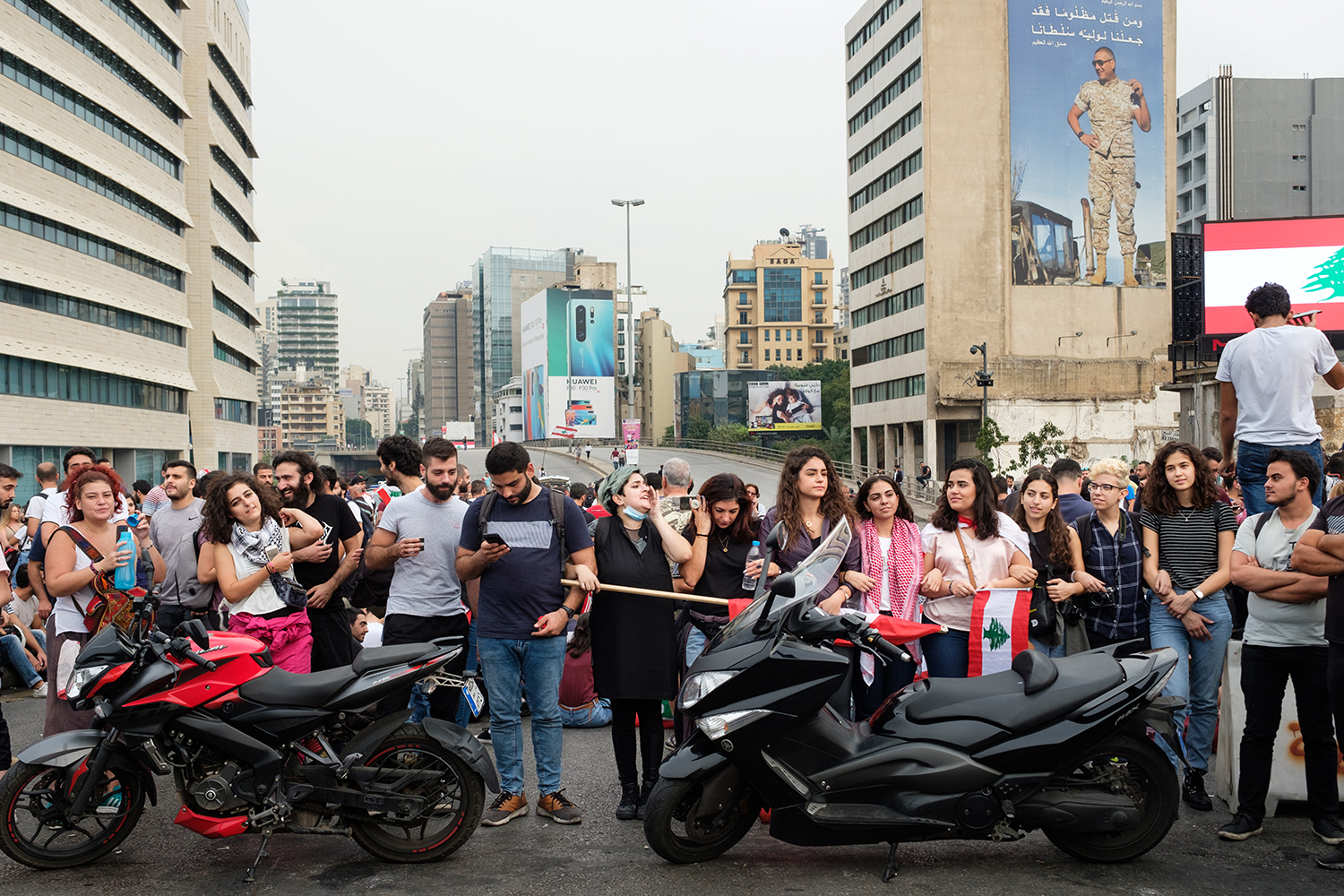 Protesters link arms to hold the line at a roadblock on the Ring Bridge in Beirut on Oct. 26.

Protesters link arms to hold the line at a roadblock on the Ring Bridge in Beirut on Oct. 26. Rita Kabalan for Foreign Policy

In Beirut, protesters and security forces have played a cat-and-mouse game at roadblocks since October, when anti-government demonstrations first paralyzed the country. Critics decry the roadblocks as remnants of Lebanon’s long civil war, but protesters say they are pushing back against the war’s legacy: calling to oust the political elite that has plunged the country into economic crisis, Nada Homsi reports for FP.

Got a tip? Foreign Policy is dedicated to reporting on people and institutions involved in national security and international affairs, both in the United States and around the world. If you have a tip, document, or story idea that you’d like to share with our reporters, you can contact us securely and anonymously.

King Felipe became the first Spanish monarch to make a state visit to Cuba when he and his wife Letizia arrived in Havana on Tuesday. The trip coincides with the capital’s 500th anniversary and it comes as Europe continues to normalize relations with Cuba’s one-party regime—though some Cuban dissidents and Spanish politicians have criticized the visit.

Frans Timmermans on COP27 and Navigating the U.S-China Relationship

Vague remarks made by Iran’s attorney general have been met with confusion and skepticism.

An independent panel’s findings have thrown the embattled leader’s political future into jeopardy.

More than nine months of war have inflicted a devastating humanitarian toll.