Russia Is Losing in the Middle East—and Around the World.

Putin’s apparent victories in spreading Russian influence are mirages, some of which have come at a great cost. 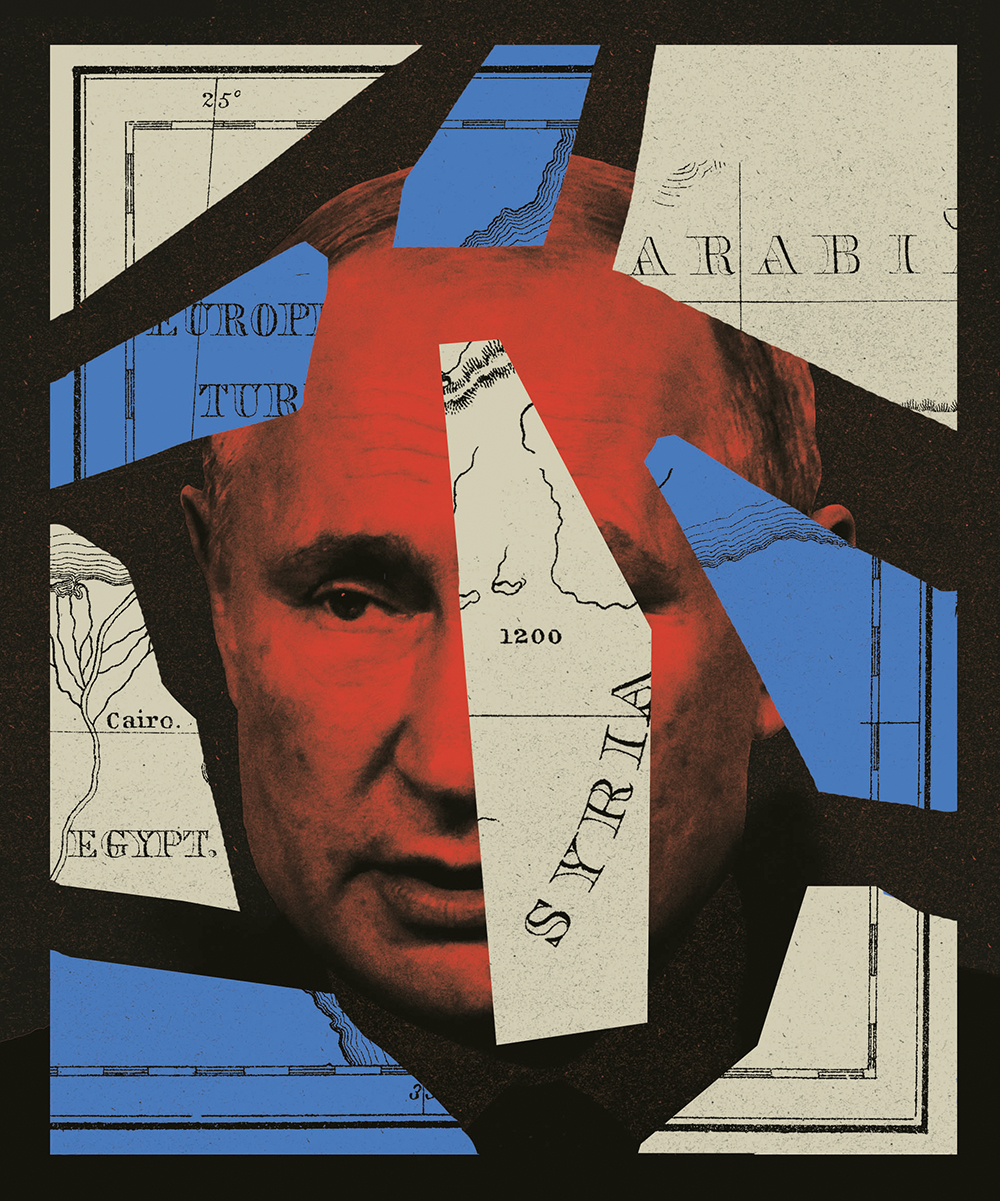 In the West, liberals and conservatives alike seem to agree that Russia has reemerged as a great power with a global reach. And in Russia itself, well-known foreign-policy experts assert that the West had best get used to their country’s resurgence.

But such appraisals, some of which tend toward alarmism, don’t hold up under the bright light of evidence. For one, Russia’s GDP is just a little larger than Spain’s—a country with a population less than a third of Russia’s. And Russia’s military budget is less than a 10th of the United States’, about a fifth of China’s, and smaller than Japan’s.

Furthermore, Russia’s foreign-policy successes have been overblown. Consider Syria. According to the standard narrative, in 2015 Russian President Vladimir Putin took advantage of U.S. President Barack Obama’s vacillation on Syria to intervene militarily, which gave him the upper hand in the ensuing conflict.

In truth, Putin’s moves had little to do with Obama. Syria has been Moscow’s strategic partner since 1956. Soviet-bloc arms sales started that year, as did the training of Syrian soldiers and pilots in Soviet-allied Czechoslovakia and Poland. Syria also made its first request for a deployment of Soviet bombers and fighter planes—which the Kremlin turned down—in 1956, in the wake of the Suez crisis and as a counter to Israel and Turkey. In the ensuing Cold War decades, the Soviet Union became Syria’s primary source for economic aid and weaponry. In 1971, Soviet warships and submarines started using Syria’s deep-water port at Tartus. And in 1980, Damascus and Moscow signed a treaty that contained provisions for strategic cooperation.

Seen against this background, Putin’s gambit in Syria had more to do with safeguarding a long-standing strategic investment that appeared imperiled than with outmaneuvering the United States. As he saw it, Syrian leader Bashar al-Assad’s fall would have resulted in either prolonged chaos or victory for radical Islamist groups, the strongest of Assad’s armed adversaries. Either outcome would have been a blow for Russia.

Even so, Russian air power alone couldn’t have enabled Assad to retake most of Syria; only ground forces can really conquer territory. And although Russian contract troops have fought—and died, some on account of U.S. airstrikes—in Syria, the foreign “boots on the ground” were provided mainly by Iran’s Islamic Revolutionary Guard Corp and Hezbollah fighters from Lebanon.

Iran’s and Hezbollah’s decision to fight in Syria didn’t result from a Russian-designed division of labor; they backed Assad for reasons of their own. Their vision of Syria’s future doesn’t by any means mirror Russia’s. Nor, having shed so much blood, will they let Russia shape Syria’s politics singlehandedly.

In other words, Russia hasn’t really won Syria. And in any event, it wouldn’t be much of a prize. The price for rebuilding the country, much of which has been reduced to rubble, has been reckoned at $250 billion—four times Syria’s 2010 GDP, according to the World Bank. That sum is way beyond what Russia can afford. As for future lucrative Russian arms sales to Syria, well, there’s the minor matter of how Assad will pay for them.

Russia’s gains in the rest of the Middle East have also been overblown. Moscow has, of course, been active in the conflict in Libya. But bringing order to, let alone achieving predominant influence in, a war-torn country featuring two rival governments; an ambitious military strongman, Khalifa Haftar; and a constellation of armed militias will prove a Sisyphean undertaking. Already, one of Libya’s governments has condemned Russia’s use of mercenaries there. Besides, Russia is one of several states seeking clout there, and some (Haftar’s prime backers, Egypt and Saudi Arabia, for example) are nearer and have a bigger stake in Libya’s trajectory. 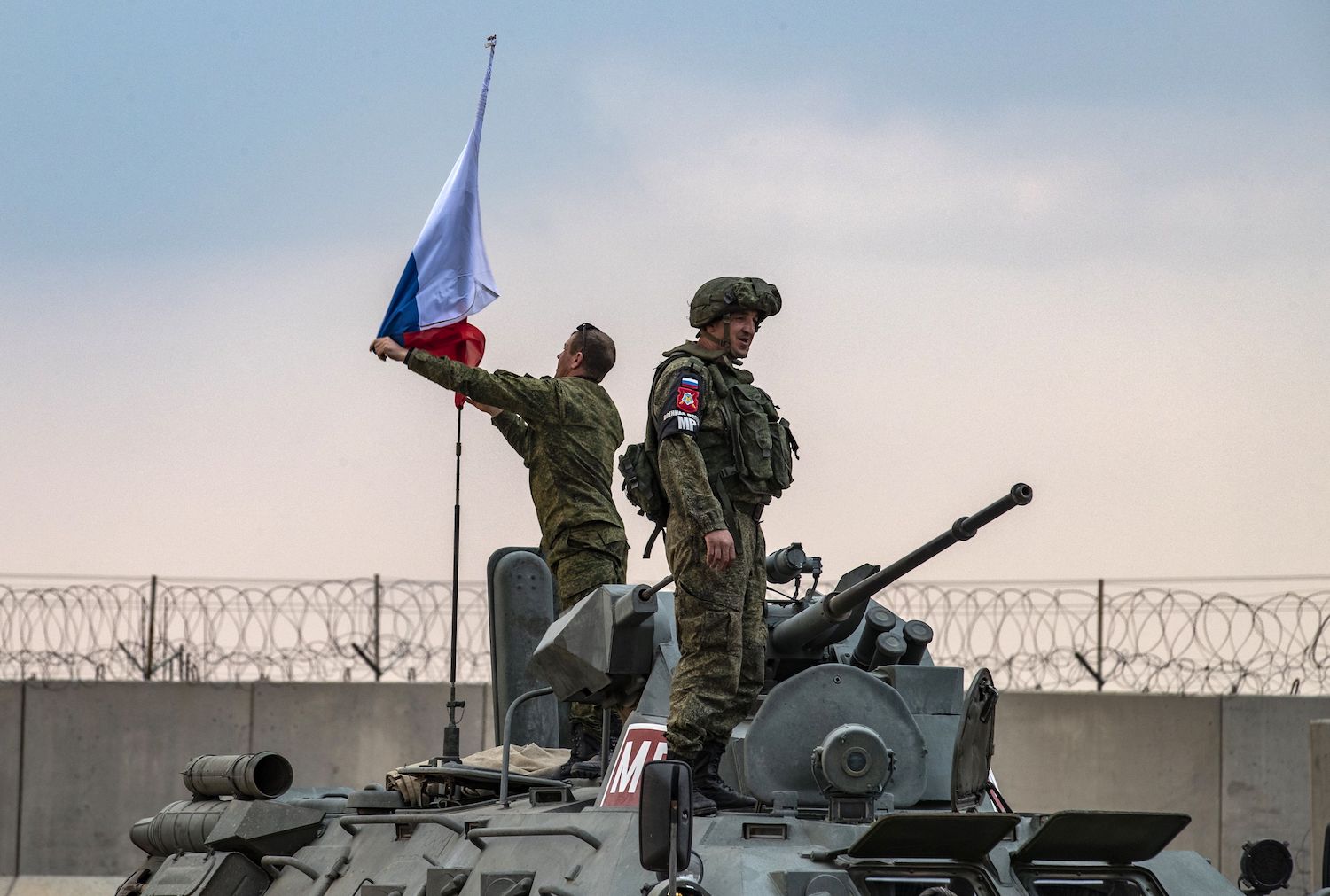 Russia’s diplomatic nimbleness in Israel, Saudi Arabia, and Egypt has drawn much attention, and Putin has certainly played his cards well. When push comes to shove, though, all of these countries will continue to depend on, and be far more closely tied to, the United States. None would trade the American connection, despite its imperfections, for the Russian option.

In Africa, the story isn’t much better for Russia. Of course, Putin did host a much-ballyhooed summit of 43 African heads of state in Sochi in late October. It’s impressive that so many leaders turned up. But it’s not clear what the conclave will yield for Moscow beyond symbolism. Russia has a steep climb if it wants to become a major player in Africa, where, in terms of trade and foreign direct investment, its presence is overshadowed by the United States, Europe, China, Turkey, and India.

It is true that Moscow has made some gains on the continent lately, especially in trade. African imports from the United States, for example, increased by only 7 percent between 2006 and 2016, while exports fell by 66 percent. For Russia, they increased by 142 percent and 168 percent respectively. But that rise comes on top of a pitifully small base line. For sub-Saharan Africa, trade totaled about $3 billion in 2017, compared with about $55 billion for China. As for Russian foreign direct investment in Africa, Moscow doesn’t even place in the top 10.

Putin May Want to Be an Emperor, but Russia Isn’t an Imperial Power

Russia’s drive to expand its sphere of influence isn’t inevitable—or even in the country’s best interest.

Alexander Gabyshev vowed to drive the “demon Putin” out of Russia through an exorcism. Here’s why Moscow took the threat seriously.

The Future of Iraq’s Oil Is Russian

With ongoing protests making other investors nervous, Moscow is charging ahead.

Russia does a little better when it comes to arms sales. In North Africa, it is the largest supplier for Algeria, although its market share fell from 90 percent in 2009-2013 to 66 percent in 2014-2018. Yet Morocco, the region’s other main arms buyer, looks to the United States and France for 98 percent of its needs. Russia fulfilled 28 percent of sub-Saharan Africa’s military purchases in 2014-2018 and 35 percent of arms exports to Nigeria, the region’s largest importer.

Even in its own backyard, Russia has come up short. For example, Russia’s 2014 annexation of Crimea and backing of insurgents in Ukraine’s east have turned the country—for Moscow by far historically the most strategically and culturally important of the post-Soviet states—into a sworn enemy. For now, Kyiv will be aligned with the West even if its dream of NATO membership proves elusive. Moreover, while contemporary Ukrainian nationalism has many facets, one is anti-Russian sentiment.

Developments in Central Asia also reveal the superficiality of painting Putin’s Russia as a country marching from one victory to another. In that part of the world, which was once part of imperial Russia and later the Soviet Union, China has eroded, if not displaced, Russia’s historic preponderance. The change is especially notable in the economic realm, where China has become the region’s principal trade partner and source of investment. One sign of the transformation: The bulk of Central Asia’s oil and gas now flows eastward to China rather than northward to Russia—and in Chinese-built pipelines.

Of course, Russia matters. A country with 144 million people, thousands of nuclear warheads, a million active troops, vast oil and gas reserves, and a U.N. Security Council seat will always matter, and observers shouldn’t be surprised when it vigorously pursues its interests abroad and in ways that challenge the West.

That said, Moscow’s strategic acumen and tangible gains aren’t nearly as dazzling as the consensus suggests. Understanding that requires a clear-eyed look at both sides of the ledger.

Rajan Menon is an Anne and Bernard Spitzer professor of international relations at the City College of New York.

Putin May Want to Be an Emperor, but Russia Isn’t an Imperial Power

Russia’s drive to expand its sphere of influence isn’t inevitable—or even in the country’s best interest.

Alexander Gabyshev vowed to drive the “demon Putin” out of Russia through an exorcism. Here’s why Moscow took the threat seriously.

The Future of Iraq’s Oil Is Russian

With ongoing protests making other investors nervous, Moscow is charging ahead.