NATO Defense Funds Have Been Building for Years, but Trump Wants the Credit

Renewed defense spending by European states is in part a response to Russian aggression. 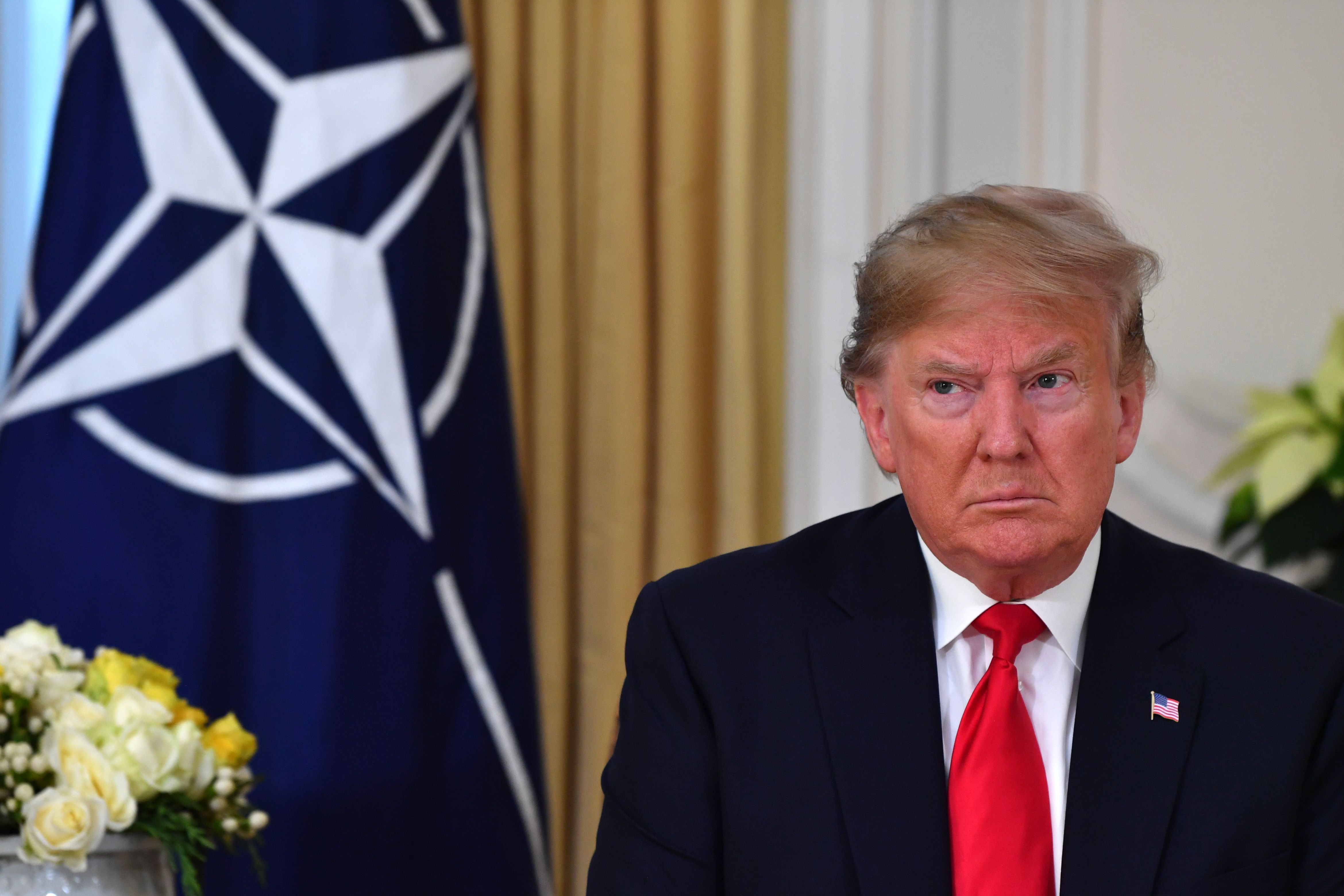 While U.S. President Donald Trump made headlines in London by scolding Canada for its “slightly delinquent” contributions to NATO on Tuesday, data shows that several countries have been ramping up their defense budgets since 2015, reversing 25 years of declines.

As seen in the chart below, the past five years mark the first time European NATO members have increased their defense expenditures as a percentage of GDP since the end of the Cold War.

FIGURES FOR 2018 AND 2019 ARE ESTIMATES AS OF NOVEMBER. SOURCE: NATO PUBLIC DIPLOMACY DIVISION.

Trump has taken credit for Europe’s renewed commitment to defense spending. On Monday, he tweeted: “Since I took office, the number of NATO allies fulfilling their obligations more than DOUBLED.” But while the military alliance may be energized by Trump’s threats to pull the United States out of NATO, European member states have been contributing more in part as a response to Russia’s 2014 annexation of Crimea, in Ukraine. That same year, NATO members pledged to commit at least 2 percent of their GDP to defense spending by 2024.

Although only nine of the 28 NATO members currently meet or exceed that guideline, several nations have aggressively expanded their defense budgets since 2014. As seen in the chart below, Bulgaria, Lithuania, and Latvia have more than doubled their defense spending in the last five years—although they still contribute a smaller share of their GDP than does the United States.

*THESE COUNTRIES HAVE LAWS OR AGREEMENTS THAT CALL FOR 2 PERCENT OF GDP TO BE SPENT ON DEFENSE ANNUALLY. FIGURES FOR 2019 ARE ESTIMATES AS OF NOVEMBER. SOURCE: NATO PUBLIC DIPLOMACY DIVISION.

Bulgaria’s 146 percent spending increase over 2014 can be explained by a $1.67 billion July deal to purchase eight American F-16 fighter jets. Romania, Poland, Latvia, and Lithuania passed national laws or agreements to spend 2 percent of their GDPs on defense annually. Notably, these are all Eastern European countries where NATO has deployed more than 4,000 troops since 2014 to discourage Russian military intervention.

In Western Europe, some of the largest spending increases were in Luxembourg, the Netherlands, and Germany. In November, Germany set a target year of 2031 to match NATO’s 2 percent guideline.