As foreign governments back Hong Kong’s protesters, China’s diplomats are pushing back.

On Monday, Italy’s Parliament passed a resolution to support the pro-democracy protesters in Hong Kong. The unanimous vote was likely influenced by the Chinese Ambassador to Italy Li Junhua’s comments accusing the Italian chamber of being irresponsible for allowing the protest leader Joshua Wong to testify by Skype. It’s not the first time that Chinese representatives have tried to exercise influence in Europe, but it is part of a recent turn toward aggressive diplomacy.

The trend is apparent in the Twitter feed of Lijian Zhao, a representative at the Chinese Embassy in Washington. While working in Pakistan, Zhao vehemently defended Chinese atrocities in the Xinjiang region and frequently shared anti-American content. His efforts appeared to win him a promotion. China’s Ministry of Foreign Affairs recently launched its own Twitter account, so far dedicated to Soviet-style whataboutism. Now, other Chinese diplomats are adopting the same tactics.

Why now? The aggression is in part a response to the United States passing the Hong Kong Human Rights and Democracy Act and the likely passage of legislation in response to the situation in Xinjiang. But it’s also about diplomats protecting their careers—and their personal safety—back home. The anti-American mood among China’s leadership and growing political paranoia make this rhetoric a smart move for the diplomats—even if it might damage China’s image.

Warning signs. The heightened rhetoric is also a potential red flag for further government action. In 2012, anti-Japan protests in major cities were mostly organized or aided by the government, which provided buses to transport protesters. That history is worrying for U.S.-linked businesses in Chinese cities, which would likely be targets of nationalist mobs. Still, the authorities’ general fear of public gatherings makes this scenario relatively unlikely.

A domestic Huawei scandal. While those beyond China’s borders worry about Huawei being a backdoor for intelligence, the Chinese public is angry at the telecommunications firm for another reason. Despite authorities’ efforts to control the story, the case of Li Hongyuan, a Huawei programmer jailed for 251 days after demanding severance pay from the company after he was fired, went viral last week. Li’s tale struck a chord with the Chinese public for two reasons. With no real trade unions, Chinese workers are frequently cheated, and companies have enlisted the police as an enforcement tool against those who complain. China’s tech sector is also known for its abusive “996” work culture: 9 a.m. to 9 p.m., six days a week.

Li’s case has made China’s attempts to garner sympathy for Meng Wanzhou, the Huawei CFO under house arrest in Canada, largely ineffective. One story highlighting her plight had just 10 supportive comments, while over a thousand angry ones were hidden or deleted by censors.

Are Chinese students the best in the world? High school students in China once again topped the Program for International Student Assessment (PISA) rankings released this week by the OECD. For many years, only schools in Shanghai—the country’s richest city—were included in the Chinese sample. This year’s includes test-takers from Beijing, Shanghai, and the provinces of Jiangsu and Zhejiang. Meanwhile, the average classroom size in China is over 50 students, and rural education is in deep crisis. Very few education experts in China take the PISA results seriously. Even in the sample regions, a number of children have been excluded, and manipulating the statistics for visiting inspectors is a common practice.

Detained Australian writer under interrogation. The influential Australian political writer Yang Hengjun was arrested by security forces earlier this year while in transit through China. Now in prison, he is being tortured by Chinese officials as they try to extract a confession of espionage, according to his lawyers. (The charge of espionage can carry the death penalty.) Such forced confessions have been increasingly common in China since 2012.

Macao has long been a gambling haven, but the island’s economy didn’t take off until 2002, when a previous casino monopoly was broken. That, combined with growing wealth in mainland China (where gambling is illegal, though common), has contributed to a sharp rise in Macao’s GDP. Despite a bump in 2015 during anti-corruption purges under President Xi Jinping, Macao is still projected to become the richest place on earth per capita in 2020. 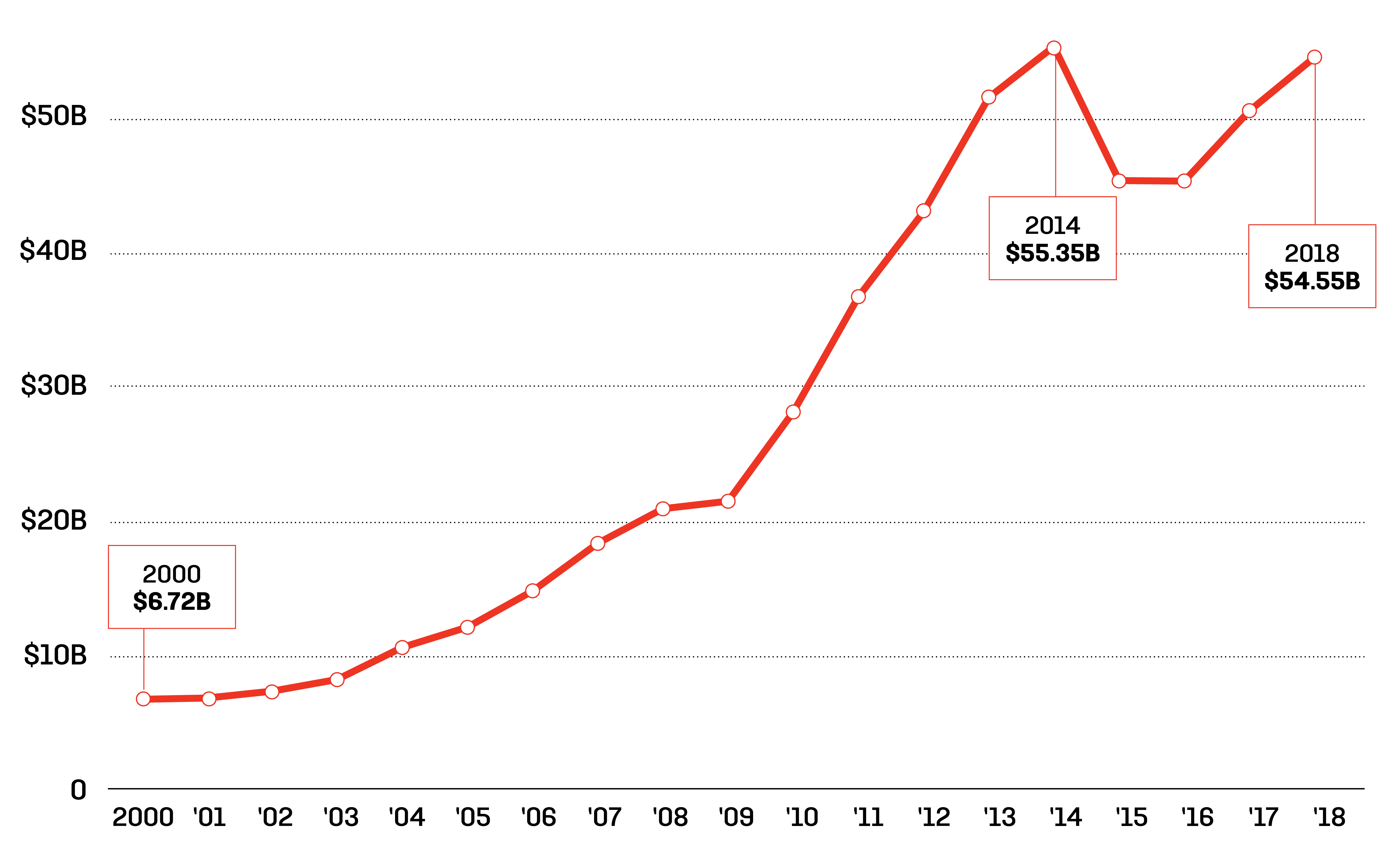 Huawei’s new supply chain. U.S. sanctions have pushed Huawei to find a supply chain for its smartphones completely free of American components, as a breakdown of its new phone, the Mate 30 Pro, reveals. While hardware is less difficult to come by for Chinese firms facing a tough U.S. approach, software remains a bigger problem due to Google’s dominance.

Coal returns. China’s ambitious green energy plans are being sidelined due to the economic slowdown as Chinese officials return to fossil fuels to boost slowing GDP growth. The shift away from coal—and upgraded facilities—in the last few years has improved winter air quality. While levels haven’t yet reached the heights of past winters, the sky has been unpleasantly gray this year.

Artificial island erosion. China’s artificial islands in the South China Sea are rumored to be facing serious erosion problems, owing to climate change, endemic corruption, and the low standards of the Chinese construction industry. The manmade islands’ isolation makes them especially vulnerable, but there are also serious climate challenges ahead for the artificial land that Hong Kong and Singapore depend upon. Singapore is already incorporating sea level defenses into its climate change plans. 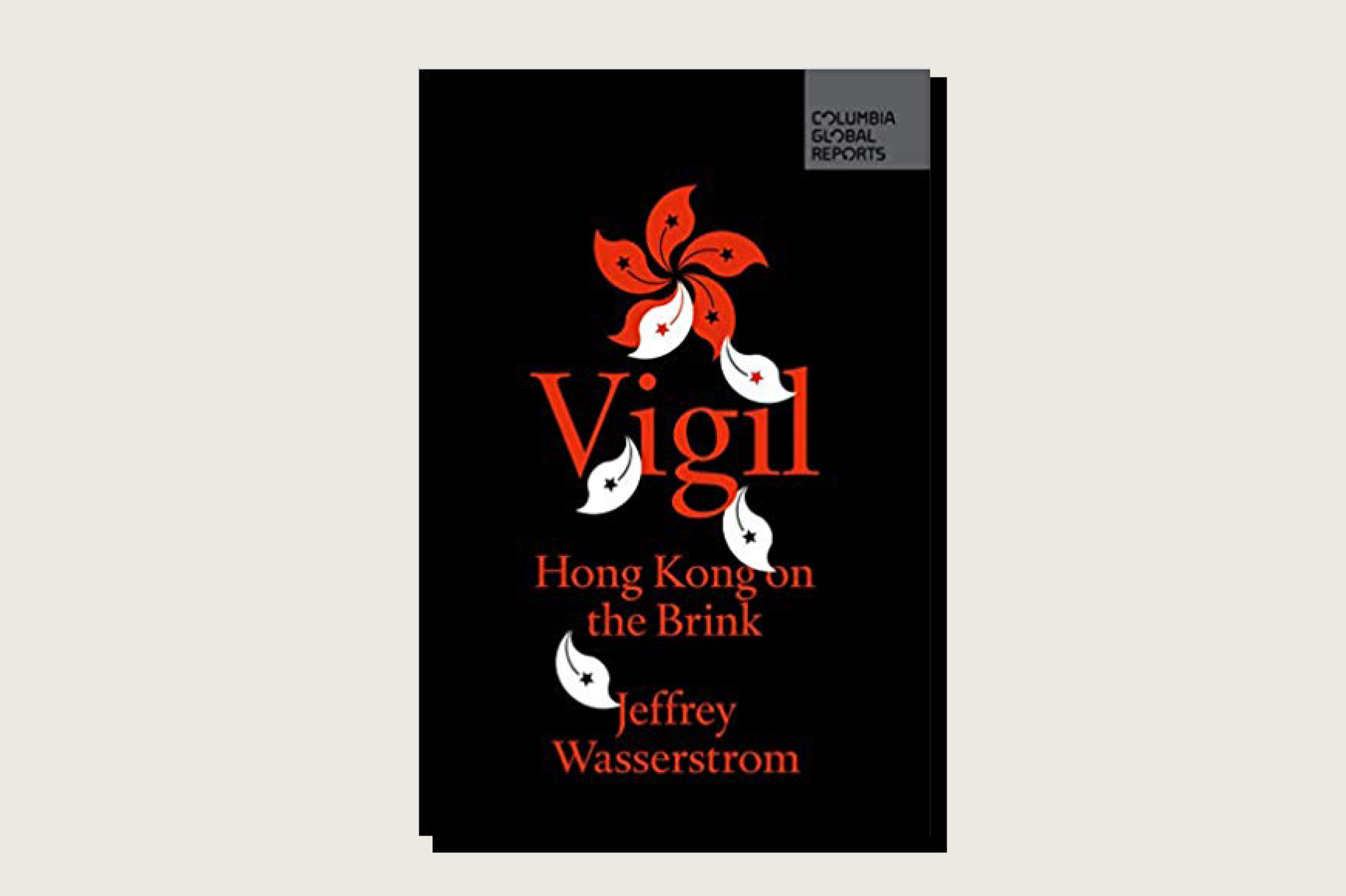 Keeping up with Hong Kong’s rapidly changing protests is a tough task for a magazine—let alone a book—but the prolific China historian Jeffrey Wasserstrom does a fine job of keeping this short volume relevant. While the book doesn’t include dramatic recent developments like the university sieges or the council elections, it provides a strong account of what’s at stake, where Hong Kong’s spirit originates, and what might happen next.

How the U.S. Can Compromise With Turkey to Avert a Syria Incursion

Contingency Plans for Russia Stand in the Way of Ukraine Aid

A Russian Dissident Is Sentenced in Moscow

How the U.S. Can Compromise With Turkey on Syria

“We’re measuring against a reality that no longer exists,” one congressional aide said.