Iran’s Year Is a Rorschach Test

2019 proved the Trump administration’s Iran policy is either a catastrophic failure—or on the verge of success.

Instead, it designed a policy typically referred to as “maximum pressure,” involving reimposed sanctions and an expanded series of demands on Iran, including its commitment to cease involvement in all regional terrorism. Over the past 12 months, observers have agreed that the effects of maximum pressure are coming into view—but there’s little agreement on what those effects are.

Supporters of President Donald Trump’s policy say it’s working exactly as planned. They point to the crumbling state of Iran’s economy, which has suffered from a 20 to 30 percent inflation rate for much of the year. The economic troubles did eventually trigger unprecedented civil unrest in Iran in November, with thousands of people taking to the streets in cities across the country in response to a gasoline price hike and the Iranian government taking extreme measures in response, shutting down the internet for a week and killing hundreds. It’s only a matter of time, per this theory, until the Iranian government is desperate to reengage in negotiations on U.S. terms. Iranian President Hassan Rouhani has already signaled his willingness to meet with Trump, although only after the United States has lifted its sanctions.

Opponents of the Trump policy have plenty of evidence on their side. They point, for example, to Iran’s gradual backsliding on its nuclear commitments; in December, the government announced it would soon unveil a new generation of enrichment centrifuges. Tehran has also sought to increase its diplomatic leverage by expanding its destabilizing activities across the region: In 2019, it not only shot down a U.S. drone but is also widely suspected of having organized missile attacks on Saudi oil fields and ships passing through the Persian Gulf. Meanwhile, Washington’s unilateral approach has alienated its allies in Europe, who have scrambled to keep the nuclear deal alive by any means necessary.

Throughout 2019, writers for Foreign Policy have tried to adjudicate the debate between these camps. Our authors haven’t always agreed with each other, but together they offer the clearest view of what just happened—and what’s likely to happen next.

By reimposing sanctions on Tehran after leaving the nuclear deal, the Trump administration flexed U.S. financial muscle and displayed its unparalleled ability to control international markets. Henry Farrell and Abraham Newman describe the long-term consequences of this sort of unilateralism as other powers look for ways to regain autonomy over their economic affairs, thus eroding Washington’s power.

2. Those Who Think the United States Can Reenter the Iran Deal Are Fooling Themselves

It’s inevitable that the Democratic presidential nominee will reject the Trump administration’s approach to Iran. Ariane Tabatabai and Elisa Catalano Ewers show that coming up with an alternative policy won’t be easy, because simply returning to the Obama administration’s nuclear deal is no longer an option—not least because some of its provisions are already coming to an end. 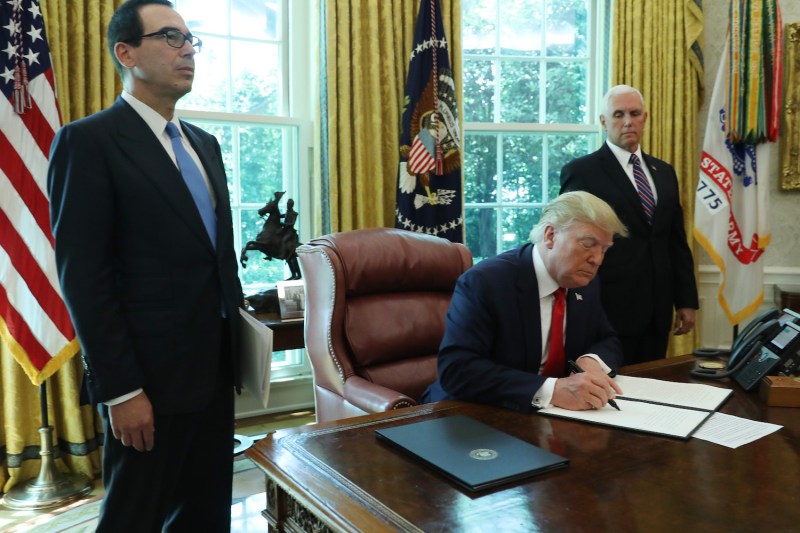 3. This Is the Moment That Decides the Future of the Middle East

Steven A. Cook’s article looks at the consequences of Iran’s stepped-up attacks in the Middle East this year—and, crucially, the Trump administration’s failure to respond militarily. Cook argues this amounts to an abandonment of a cornerstone of U.S. foreign policy for the past 40 years—and a potential harbinger of more chaos in the region for years to come.

4. The Hidden Sources of Iranian Strength

by Narges Bajoghli, May 15

One of the stated purposes of the Trump administration’s sanctions on Iran has been to coerce it to cease offering support to its regional allies. Narges Bajoghli argues this strategy has been based on a fundamentally mistaken premise: Tehran’s support for its proxies isn’t ultimately based on financial ties but on a deeper cultural and ideological kinship—an affinity strengthened by Washington’s pressure campaign.

The question of whether the Iranian government is stable is harder than ever to answer. Economic turmoil triggered mass protests in November, and an extraordinarily harsh government crackdown. Rohollah Faghihi’s profile of Iran’s 37-year-old minister for internet technology, however, shows that the future of Iranian politics may be determined less by material statistics than the question of who can offer the public a sense of hope—and thus win its affection.