And the trade war has exacted a heavy cost on the global economy. Businesses, and not just in the United States, have slowed down investment, and the manufacturing sector is in recession. U.S. businesses and consumers have shelled out tens of billions of dollars to pay for U.S. President Donald Trump’s tariffs (and billions more to pay off farmers hurt by Chinese retaliation to those tariffs). The chairman of the Federal Reserve bemoans that he is trying to make policy in uncharted waters, while forecasters race each other to slash global growth estimates.

For the United States, all this trade upheaval appears to be not a passing storm that will disappear with Trump but perhaps the new normal. Most Democrats running against Trump are just as protectionist, just as suspicious of the siren song of free trade, and just as eager to decouple the Chinese and U.S. economies. After decades of hearing that globalization is good and free trade is better, many Americans, at least, seem to be having second thoughts.

But not all is doom and gloom. Even as the United States batters away at the global trade architecture it helped build, much of the rest of the world is doubling down on economic integration and free trade. The European Union is signing free trade deals around the world with giddy abandon. Asia-Pacific countries jilted by Trump went ahead and formed a slimmed-down Trans-Pacific Partnership anyway, and they are working on another big Asian trade pact that includes China.

Here are some of the most insightful Foreign Policy articles on the trade wars from the past year.

Trump’s top trade lieutenant, U.S. Trade Representative Robert Lighthizer, has been itching for years for an administration that would unleash his penchant for punitive tariffs, taste for unilateral actions, and disdain for the world trade system. The main thrust of Lighthizer’s approach has been to dust off old U.S. legislation allowing for hefty tariffs to cow other countries into making concessions. It sort of worked with Mexico and Canada, both too intertwined with the U.S. economy to resist pressure for long, though Lighthizer made more concessions to House Democrats. But the maximum pressure campaign has paid dismally few dividends in America’s other big trade fights—with China and Europe—and there’s little reason to expect that to change.

“The entire theory that had anchored the Trump trade policy turns out to have been wrong,” Alden writes. “It may live on, zombielike, but the already minimal returns will diminish more.”

The main front in Trump’s trade wars has been the escalating fight with China, which as of late 2019 is still playing out; the latest mini deal might yet come together early next year, or Trump might reverse course and revert to another round of tariffs sometime during his reelection campaign. But whatever happens with the fine print of any China agreement, it won’t be anything like the deal the Trump administration first set out to achieve: a sweeping overhaul of the Chinese economy that would tackle all of Beijing’s alleged abuses, including industrial subsidies, intellectual property theft, and currency manipulation. That’s because, despite years of talks and imminent deals and backtracking and more tariffs and more retaliation, the two sides have irreconcilable objectives.

“The bigger problem is the United States and China agree on almost nothing,” Balding writes. “They do not agree on the problems, how to solve them, or even what the broad objectives should be.” 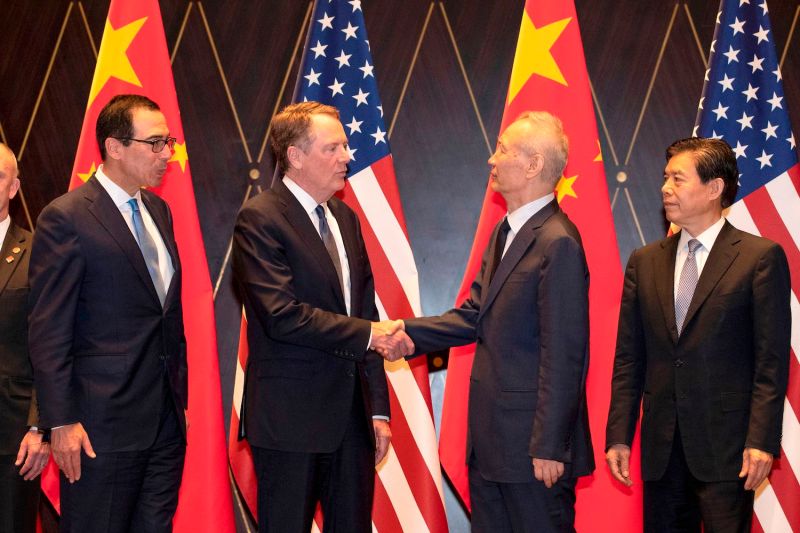 3. How Trump May Finally Kill the WTO

Candidate Trump railed against the World Trade Organization and threatened to leave it altogether. As president, he’s pushed a different strategy: neutering the world trade body’s ability to settle disputes, essentially paralyzing the WTO’s ability to hold countries accountable (including the United States, but also China) for unfair trade practices. U.S. concerns about the WTO’s appeals system predate Trump, but under his watch they have been pursued much more ruthlessly, making some fear for the survival of the entire global trading system.

“That means that the go-it-alone unilateralism that has characterized the Trump administration’s approach to trade could soon spread far and wide, essentially turning back the clock to a time when trade rivalries between nations were settled not with legal arguments but with tariff walls, trade barriers, and beggar-thy-neighbor protectionism,” Johnson writes.

4. Economists On the Run

For decades, most economists—such as the Nobel Prize winner Paul Krugman—preached the gospel of globalization and free trade and lambasted voices who cautioned against the downsides. Today, there’s a reckoning among economists, as Krugman and others recognize that they underestimated the pain and dislocation that many aspects of globalization could bring. In the meantime, Trump has ridden popular angst at (and confusion about) trade and globalization to a damaging brand of protectionism.

“There’s an irony for you: trade boosterism has ultimately hurt the cause of free trade,” one expert told Hirsh.

5. Why Trade Wars Are Inevitable

Given Trump’s predilection for tariffs and seeming joy in picking trade fights with friends and rivals alike, it’s easy to think he’s the root cause of most trade tension. In reality, there are deep imbalances in the global economy—such as the huge trade surpluses of China and Germany, and the huge deficits in the United States—that are themselves the product of distortions in domestic economies. Those structural, hard-to-tackle imbalances—not concern about steel or soybeans—are what’s driving America’s trade backlash.

“That is why the trade war with China ultimately has little to do with Trump’s personal animosities or reelection strategy,” Pettis writes. “It simply represents the most visible part of a much deeper global imbalance.”