Vaclav Smil’s encyclopedia on growth and new releases on economics in hard times and diplomacy in war zones.

The Foreign Policy staff reviews Vaclav Smil’s encyclopedia on growth and recent releases on economics in hard times and diplomats on the front lines.

Growth: From Microorganisms to Megacities by Vaclav Smil 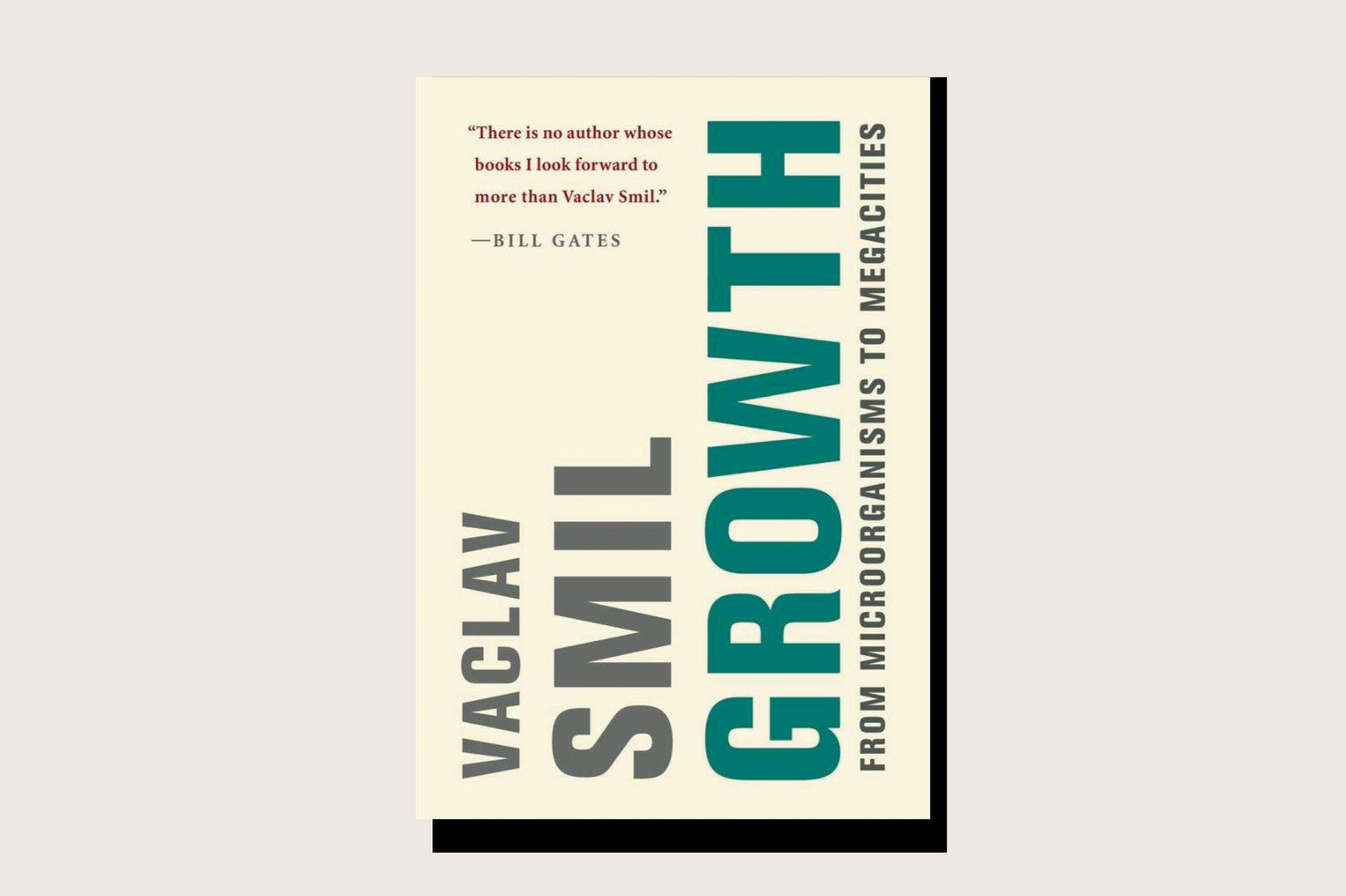 The Foreign Policy staff reviews Vaclav Smil’s encyclopedia on growth and recent releases on economics in hard times and diplomats on the front lines.

Growth: From Microorganisms to Megacities by Vaclav Smil

The best way to appreciate Vaclav Smil’s latest doorstopper is to take a deep breath, walk across the room, and pick up the book from wherever it landed after being tossed away for the umpteenth time as impenetrable, incomprehensible mush.

Because it does get a lot better—and much more interesting. Smil’s Growth: From Microorganisms to Megacities never approaches anything like a beach read, or even a pleasure read, in much the same way that hacking through untracked jungle never quite approaches an indulgence. Yet Smil’s encyclopedic recounting of the story of growth is fascinating, compelling—and ultimately convincing.

Smil’s basic thrust is that growth is finite. The growth of individual microbes—and animals and plants and humans—has limits. So does the growth of their populations. So, too, does the growth of nearly every other thing in the history of humanity, from cranes to steam turbines to jetliner cruising speeds to the length of German autobahns to empires, all of which are documented—with graphs—in Smil’s relentless quest to build his case. Things—whether broiler chickens or wind turbines or wheat yields—are small for a while, then undergo a period of vertiginous growth, and then stabilize at a bigger size. And then they can’t really get bigger.

Except there’s one thing that everybody expects to keep growing: the economy. That’s what government policies everywhere seek to do, with more or less success. The problem, Smil notes, is that we live in a real world with finite resources. Economic growth requires more energy, more food, and more raw materials; efficiency gains only nibble around the edges.

Smil contends that there is ultimately an even bigger constraint to infinite growth: the sustainability of the environment, a problem that is especially pressing due to climate change. “Continuous material growth, based on ever greater extraction of the Earth’s inorganic and organic resources and on increased degradation of the biosphere’s finite stocks and services, is impossible,” as Smil puts it in one of his pithier moments.

The upshot? Smil, who has no truck with techno-optimists who expect miraculous exceptions to the laws of thermodynamics, ends his journey by concluding that a “fundamental departure from the long-established pattern of maximizing growth and promoting material consumption cannot be delayed by another century,” if humanity wants to have a place to live.—Keith Johnson 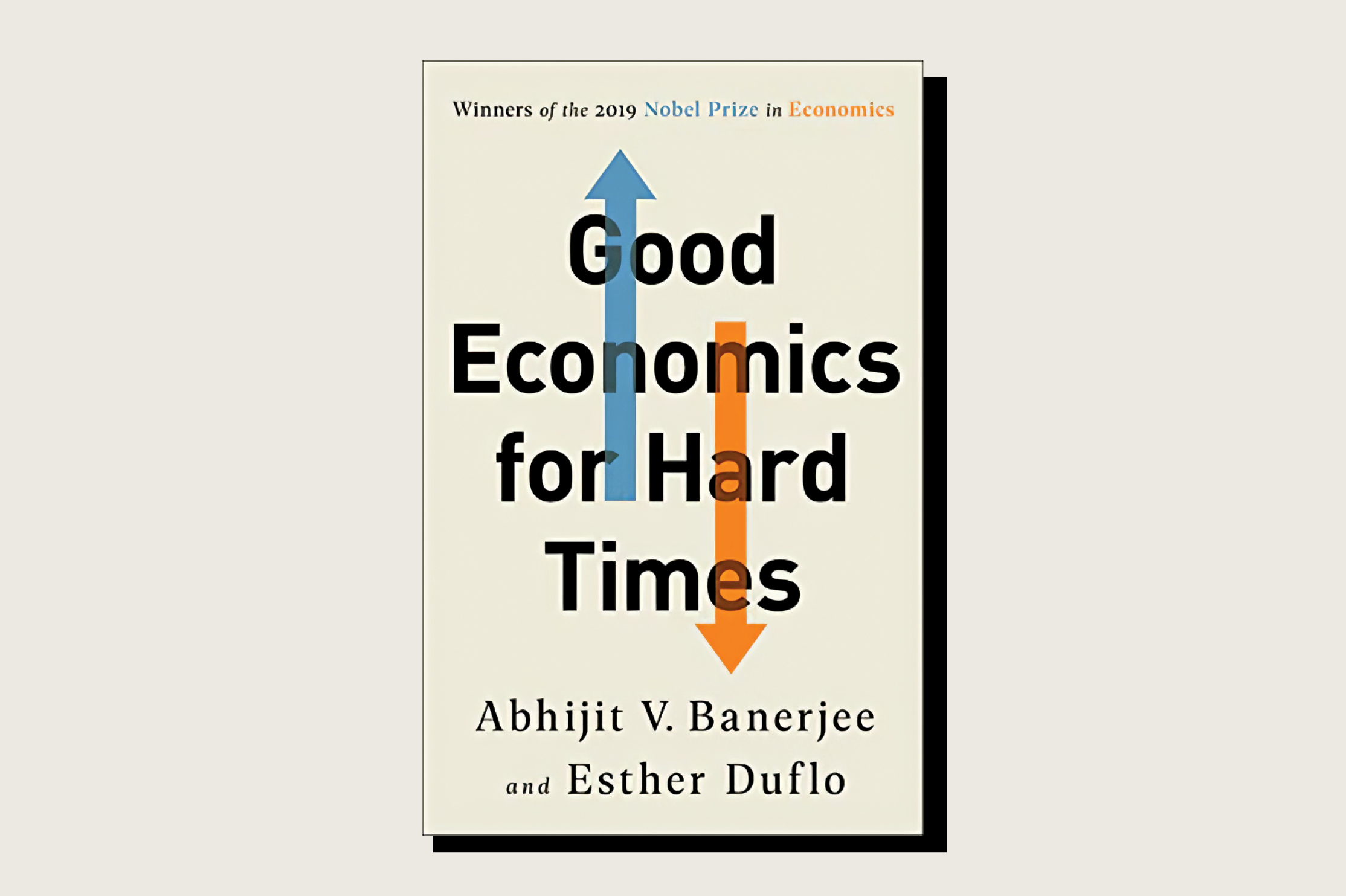 Good Economics for Hard Times starts with the premise that many of the West’s social and political problems over the last decade—from rising xenophobia and fears of migration to confusion over trade and globalization—had economic causes, which means that they also have economic solutions.

“Good economics alone cannot save us,” they write. “But without it, we are doomed to repeat the mistakes of yesterday. Ignorance, intuitions, ideology, and inertia combine to give us answers that look plausible, promise much, and predictably betray us.”

There are plenty of insightful, thought-provoking sections in their new book, which is geared to a broader audience than their first was. Their chapter on misconceptions about migration—and especially the impact it has on low-skilled wages (zero)—is particularly interesting, as is their deep dive into economic growth, why it stagnated in much of the developed world more than 40 years ago, and how (or even whether) to kick-start that growth again. Other bits, including a look at the harm trade does to certain people in certain places, are less convincing and gloss over many of the well-documented benefits that liberalized trade has brought the world over the past half-century.

Good Economics for Hard Times makes important policy connections and suggestions. For example, the same forces account for why migration is less common than most people think and why trade hits some areas harder than economists expect: People and economies are “sticky.” Economic models may suggest that workers in trade-threatened industries will simply migrate to other jobs or other regions, but few really do. Banerjee and Duflo explore traditional remedies (tariffs sure aren’t the answer, they find, and job retraining and other trade adjustment tools are too narrow and take too long) and suggest some novel ideas. Why not subsidize older workers in dying, trade-threatened industries to keep Rust Belt towns from falling into decay and despair? The social and political payoff would be well worth the tax dollars, they argue.

Intriguing as the book is at some points, it seems dogged by a fatal flaw not of the authors’ making. In crafting their carefully reasoned arguments, they marshal evidence assembled over decades from all sorts of areas—the fight against malaria, past efforts at tax reform, previous waves of migration—and propose commonsense solutions.

But in a world in which many people, and many policymakers, willfully inhabit a fact-free, conspiracy-tinged alternate reality, it’s hard to see even good ideas gaining traction. Which is a pity because, as they note, hard times demand hard thinking.—KJ

The Ambassadors: America’s Diplomats on the Front Lines by Paul Richter

Countless books have picked apart how the United States stumbled into its so-called forever wars in the greater Middle East. But nearly all of them focus on either the presidents and their inner circles in Washington who signed off on the conflicts or the military they sent in to fight them. 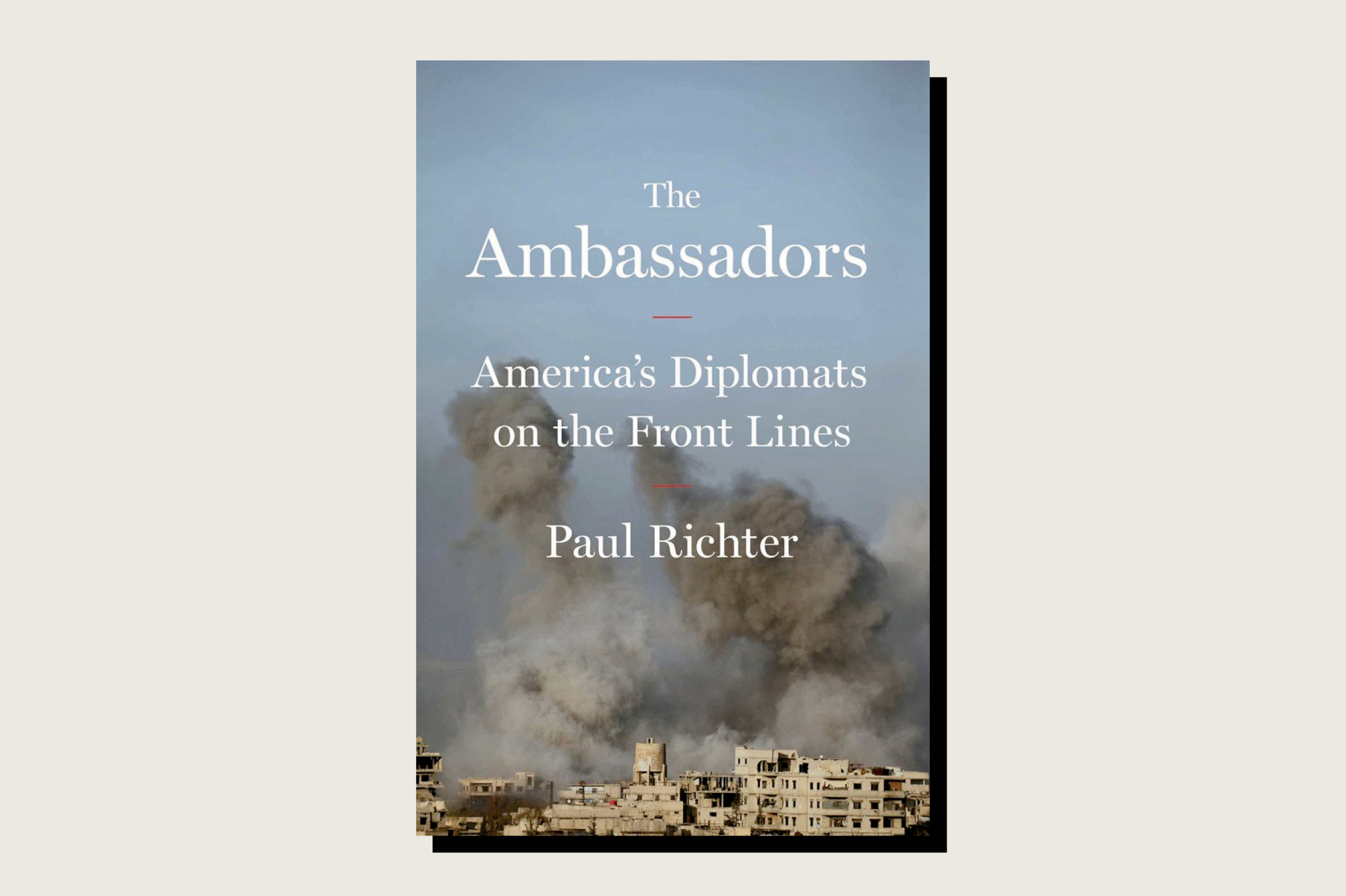 Paul Richter fills a glaring absence in the literature with his book The Ambassadors. U.S. diplomats represent a small fraction of millions of Americans who have cycled through conflict zones from Iraq to Afghanistan to Syria, but they have played an outsized role in the trenches of U.S. policy: the rare triumphs, the common tragedies, and the muddled, messy stalemates in between.

The book is a compelling and poignant glimpse at an often overlooked and misunderstood profession. It is also, if by happenstance, timely. The U.S. State Department finds itself besieged by partisan vitriol in a heated impeachment investigation and by a president who is distrustful, if not downright scornful, of professional diplomats. Despite its central role in ongoing wars that appear to have no end date, the department also faces budget cuts and a hemorrhaging of top talent that will take it years to recover from.

Richter, a former longtime diplomatic correspondent for the Los Angeles Times, succinctly weaves the complex history of U.S. involvement in the greater Middle East through his profiles of the ambassadors and their grueling, thankless, and sometimes nearly impossible jobs. Given how much ground he has to cover—the bungling of the Iraq War, the chaos of Libya, the fraught relationship with Pakistan as a conflict raged in Afghanistan—that is no small feat. The book is easily digestible and meticulously researched, with scores of interviews from the ambassadors and their former colleagues.

One of the most important themes he touches on is the slow death of expeditionary diplomacy, exemplified by the aftermath of Stephens’s tragic death. During his tenure, Stephens was an effective ambassador because of his eagerness to leave security perimeters and engage with Libyans outside the embassy. But that drive ultimately contributed to his death at the hands of terrorists who attacked a lightly defended U.S. diplomatic compound in Benghazi.

Stephens’s killing, alongside the deaths of another State Department official and two CIA contractors, sparked a grueling partisan battle on Capitol Hill over what went wrong. It led the State Department to strengthen security in its fortresslike embassies and further restrict the freedoms diplomats need—even in the world’s most dangerous countries—to do their jobs.

Even curtailed and under pressure as diplomats may be, Richter’s book reminds us of their importance. The times that Washington ignored or overrode their advice, Washington was often proved wrong. Ford, for example, tried to raise alarm bells and stave off sectarian violence in central Iraq. His warnings went unheeded, and violence exploded across the country in 2007.

Former U.S. Defense Secretary James Mattis once said: “If you don’t fund the State Department fully, I need to buy more ammunition.” There is truth in his words. Richter’s book shows that alongside the military, one of the best weapons the United States has is its veteran diplomats.—Robbie Gramer

NEW FOR SUBSCRIBERS: Want to read more on this topic or region? Click + to receive email alerts when new stories are published on Foreign & Public Diplomacy, Economics