Trains and flights out of the central Chinese city have been canceled as the toll from a new coronavirus grows.

The Chinese city of Wuhan, the seventh largest in the country with approximately 11 million people, has been under quarantine from 10 a.m. Chinese time Thursday. Flights, long-haul buses, and trains from the city, which is a critical transport hub for central China, have been canceled, roads are blockaded, and residents have been told not to travel without special reason. The quarantine has now been extended to other cities neighboring Wuhan, including Huanggang, with 6 million people, and Ezhou, with 1 million. The coronavirus that emerged in Wuhan has been spreading with frightening speed, with the number of cases shooting up over the weekend and at least 17 people now dead.

The Chinese city of Wuhan, the seventh largest in the country with approximately 11 million people, has been under quarantine from 10 a.m. Chinese time Thursday. Flights, long-haul buses, and trains from the city, which is a critical transport hub for central China, have been canceled, roads are blockaded, and residents have been told not to travel without special reason. The quarantine has now been extended to other cities neighboring Wuhan, including Huanggang, with 6 million people, and Ezhou, with 1 million. The coronavirus that emerged in Wuhan has been spreading with frightening speed, with the number of cases shooting up over the weekend and at least 17 people now dead. 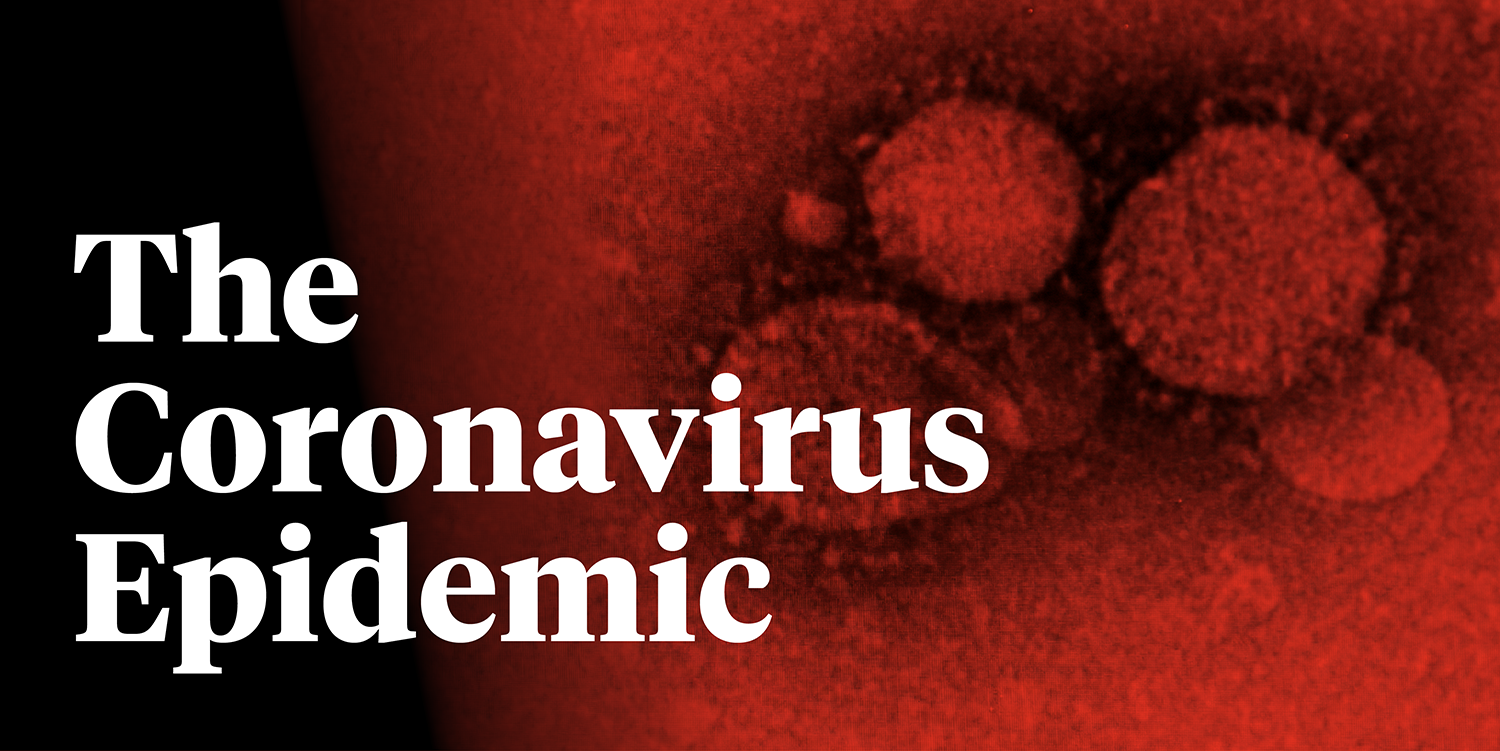 The previously unknown virus, first reported on Dec. 31, has global health experts seriously worried. The World Health Organization announced Monday that it was convening an emergency meeting on the virus, which is a coronavirus, a species common in animals that occasionally leaps to humans. In China, past cases of viruses passing from animals to humans have been relatively common thanks to close contact with domestic animals like chickens, as well as the consumption of wild animals such as civet cats, and sometimes because population and resource pressures have pushed people deeper into previously untouched forests and jungles in the south.

The most notable of these in recent years was SARS, a coronavirus first reported in 2003 that eventually killed over 800 people and infected around 8,000; the government was widely blamed for covering up the spread of SARS—short for “severe acute respiratory syndrome”—until Jiang Yanyong, a retired surgeon, raised the alarm (and was briefly imprisoned as a result before eventually being hailed as a hero).

Is this a deadly disease? How fast is it spreading?

It’s hard to tell, because the information being released by the Chinese government is questionable. Within China, the virus is confirmed to have reached major metropolises such as Beijing and Shanghai, while it’s also traveled as far south as Shenzhen, which borders Hong Kong. Outside of China, Japan, Thailand, and South Korea have all recorded cases—all Chinese travelers. While it was initially claimed to be only the result of animal-to-human transmission, doctors have just confirmed human-to-human transmission; 14 health care workers have also been reported as infected.

The virus causes pneumonia, resulting in difficulty breathing. As of Wednesday afternoon EST, the number of reported dead has risen to 17, mostly older men with pre-existing conditions. The majority of victims, though, had only mild symptoms, and some have already been discharged. Many others, however, remain in serious or critical condition.

It’s always an open question how bad a new virus could get. Modern disease control methods have improved dramatically since the 1918-19 influenza outbreak killed more people than World War I—and the global population is healthier and more resistant. In the United States, the Centers for Disease Control and Prevention says the odds of the virus reaching the country are low. Right now, the main worries are in China itself—especially the government’s handling of the cases.

Even before the quarantine, there were  numerous unconfirmed posts and stories online claiming Wuhan hospitals are overflowing with victims or showing staff in full protective gear. Those may just be rumors, but the government numbers are definitely suspicious, especially the sudden jump over the weekend. For days authorities kept the figure of infected people at 41; then, it suddenly jumped up this weekend, eventually reaching 218. As of Wednesday afternoon, the number is now over 500. Foreign doctors estimated last week the number might already be as high as 1,700 cases, using models of other outbreaks. Admitting the existence of more cases seems to have been prompted, in part, by public skepticism that the virus could have reached Thailand and Japan but inside China somehow have been confined to just Wuhan.

What measures did the Chinese authorities initially take?

Inside Wuhan itself, even before the quarantine, there have been extensive steps, including door-to-door surveys, the recall of medical staff from holidays, and checks on all forms of transport for people showing symptoms of infection. There have also been public announcements, including a statement by Chinese President Xi Jinping and by the trusted epidemiologist Zhong Nanshan. Hong Kong, hard-hit by the SARS virus, implemented a public health plan; cities in China were initially slower to act, though authorities promised crackdowns on animal markets. Some villages are reportedly banning people who have been working in Wuhan from returning.

But the real challenge comes on Friday, when the Lunar New Year vacation starts.

Wait, what does Lunar New Year have to do with this?

Every winter, China experiences one of the largest mass migrations in the world, known as “spring journeying” (chunyun). (It’s called that because of a confused rebranding of the Lunar New Year as the “spring festival” in 1912.) Hundreds of millions of people head home to see their families, often resulting in an emptying out of major cities as people return to the smaller towns and villages their parents still live in. In theory, this is a 40-day period; in practice it’s largely concentrated into the single week of vacation time most people get—this year that’s from Jan. 24 to Jan. 30.

All those shuffling, coughing bodies packed into trains and airports are a petri dish for disease. So are public gatherings to see fireworks or attend temple fairs. Eating together family-style—picking from shared dishes—is also a big part of the celebrations, and another possible means of transmission. Usually, that just means a bad case of the winter sniffles. This year, it could be much worse—but the upcoming holiday also initially provided a powerful motivation for officials to underplay the virus. As of Thursday, public concern is greatly heightened, and public events in most Chinese cities have been cancelled.

Why did they downplay the crisis?

One immediate reason is that the Lunar New Year, like holidays everywhere, is a big consumption period that helps local officials keep their GDP numbers up. GDP is one of the chief metrics used for judging an official’s performance, leading to regular statistical distortions—especially in a slowing economy. SARS also initially broke out just before the Lunar New Year, and fears of economic strain were a powerful motivation in keeping it secret—which in turn helped it spread.

Opinions differ sharply on how much the Chinese government has learned from the experience of SARS. Epidemic expert Laurie Garrett argues that the signs are there for the crisis to repeat itself, while other medical specialists say the handling has been a lot better this time around. Right now, the government seems to have an all-hands-on-deck policy, even as Chinese media still downplays the story in favor of propaganda around Xi and New Year’s good wishes. But even if there’s more will to handle the crisis properly at the central level, there are lots of ways the system can still fail.

One principal problem in any disaster scenario, from earthquakes to epidemics, is that the Chinese party-state is incredibly opaque, even to itself. Information within a very competitive and back-stabbing political environment becomes a commodity to be traded, rather than a good to be shared; supposed colleagues regularly conceal their schedules from each other, for instance, while at every level people distort numbers in order to make themselves look better. Juking the stats isn’t unknown in democratic institutions, of course, but with no freedom of the press, and a ground-down civil society, China lacks any institutions other than intraparty ones to keep things honest. Getting over that instinctive paranoia about sharing information is hard and, in particular, holds back effective cooperation between different institutions or levels of government.

There’s also a deeply held belief among officials that the public is a fickle beast and that exposing frightening information will cause panic buying, mob assaults, looting, and the spread of uncontrolled rumors. There’s some truth to this, though it’s a self-fulfilling prophecy; because the public knows the government regularly covers things up, they often assume things are worse than they are. After the Fukushima disaster in Japan, for instance, people in China rushed to buy salt, which they believed protected them against radioactivity.

But Chinese disaster experts have emphasized the need for better and more-trustworthy information, and state media—before the crackdown on all dissent under Xi—often called for officials to be more honest. In disaster preparation exercises with other countries, however, the Chinese side still emphasizes extremely tight information control from the start. Even now, officials are threatening individuals who post or share information about the virus online. Underpinning this may be a long-standing belief that natural disasters indicate heavenly disfavor with the ruling government.

How is the public taking it?

Initially, there was lots of concern being expressed online, but it didn’t spread to the ground level. That has been changing fast as the government admits more details and news of the virus spreads. Face masks have become the norm in Chinese cities, and shops and online stores have sold out of them as far afield as Malaysia. The quarantine in Hubei is only spreading further worry. If further travel restrictions are imposed or people voluntarily stay home during the Lunar New Year, the economic consequences have been estimated to be as much as 1 percent of GDP growth. That might well be a price worth paying.

China Deserves Some Credit for Its Handling of the Wuhan Pneumonia

The country’s response to this outbreak has been far better than to SARS, although even more information-sharing is important.

Update, Jan. 23, 2020: This article has been updated to reflect new developments in the spread of the virus.

China Deserves Some Credit for Its Handling of the Wuhan Pneumonia

The country’s response to this outbreak has been far better than to SARS, although even more information-sharing is important.