U.S. President Donald Trump will unveil his long-delayed Middle East peace plan at the White House today, outlining the proposal in a joint press conference with Israeli Prime Minister Benjamin Netanyahu. The announcement comes as both Netanyahu and his political rival, Benny Gantz, visit Washington. U.S. officials are hoping that their joint support could give the plan some momentum. In Washington on Monday, Trump said the plan “makes a lot of sense for everybody.”

But Palestinian leaders, who have already rejected Trump’s plan, doubt it: They fear it will make their push for an independent state to include the West Bank, Gaza, and East Jerusalem impossible. The Palestinians were not invited to the White House this week and refused to engage with the Trump administration after it recognized Jerusalem as the capital of Israel.

What’s in Trump’s peace plan? Trump has so far provided few details of the proposal, particularly whether or not it allows Israeli annexation of parts of the occupied West Bank—as Netanyahu threatened before the country’s September elections. Israeli reports have suggested the plan would allow annexation of a large part of the West Bank, including most of the Jewish settlements there.

Will the deal boost Netanyahu? Today’s press conference comes amid Netanyahu’s third reelection campaign in a year and his fight against corruption charges. Many analysts say the timing could be the point. In addition to portraying Trump’s peace plan as a “once in a lifetime offer,” Netanyahu can also distract Israelis’ attention from a vote being held today on his immunity from prosecution, Joshua Mitnick reports for FP.

Will Britain let in Huawei? Britain’s National Security Council will decide today if it will allow the Chinese telecommunications firm Huawei to build parts of its 5G wireless networks—a move that could affect its diplomatic relations with the United States. Washington is pushing its allies not to cooperate with the company over fears that China could use the technology for espionage. That puts Britain in an awkward position—caught between the United States and China as it prepares to leave the European Union. British Prime Minister Boris Johnson indicated on Monday that he would aim for a compromise that would allow Huawei to provide equipment, with restrictions.

Global markets rattled by Wuhan virus. Stocks fell on Monday and China’s yuan reached its lowest level this year on Monday on investors’ fears that the Wuhan virus could harm the world’s second biggest economy after China extended the Lunar New Year holiday to prevent contagion. On Monday, Chinese Premier Li Keqiang visited Wuhan, where he promised reinforcements for the health system, which has been overburdened by the rapidly spreading virus. Meanwhile, countries around the world are evacuating citizens from Hubei province—the center of the outbreak.

Trump’s defense wraps up. Trump’s defense team will conclude arguments today in the president’s impeachment trial in the U.S. Senate. On Monday, the proceedings were shaken up by new revelations from ex-National Security Advisor John Bolton’s upcoming book, in which he claims that Trump told him last August he wanted to continue withholding military aid to push Ukraine to investigate former Vice President Joe Biden. (Trump denies the claims.) Now, pressure is rising on Republican senators to vote on Friday to allow key witnesses, including Bolton, to testify before the Senate.

Syria’s Idlib offensive. Russian-backed Syrian government forces are nearing the city of Idlib in the drive to recapture some of the last rebel-held territory in the country’s northwest, pushing thousands of civilians to flee toward the Turkish border. Residents fear repercussions if their towns are recaptured. Turkey already hosts more than 3.5 million Syrian refugees.

Israel’s female candidates. As Israel prepares for its third election in a year in March, the most striking casualty of its political dysfunction appears to be its female candidates. Though Israel was once notable for having a large number of women in political leadership roles, the last year has seen a significant downward trend, Carmiel Arbit writes in FP.

Heavy rains in Brazil. Brazil is bracing for more rain, after floods and landslides killed at least 54 people in the states of Minas Gerais, Espirito Santo, and Rio de Janeiro over the weekend. More than 30,000 people have been displaced. The city of Belo Horizonte, with more than 6 million people in its metropolitan area, is expected to be hit hard over the next few days.

A Plan to Grow the U.S. Navy

U.S. National Security Advisor Robert O’Brien, who quietly took over in September, has made enlarging the Navy a key focus—something that puzzles observers. He and Trump support expanding the U.S. fleet to 355 ships, as shown below. But the Navy leadership doesn’t fully back the plan, which stands to make the U.S. shipbuilding industry billions of dollars, as FP’s Lara Seligman reports. 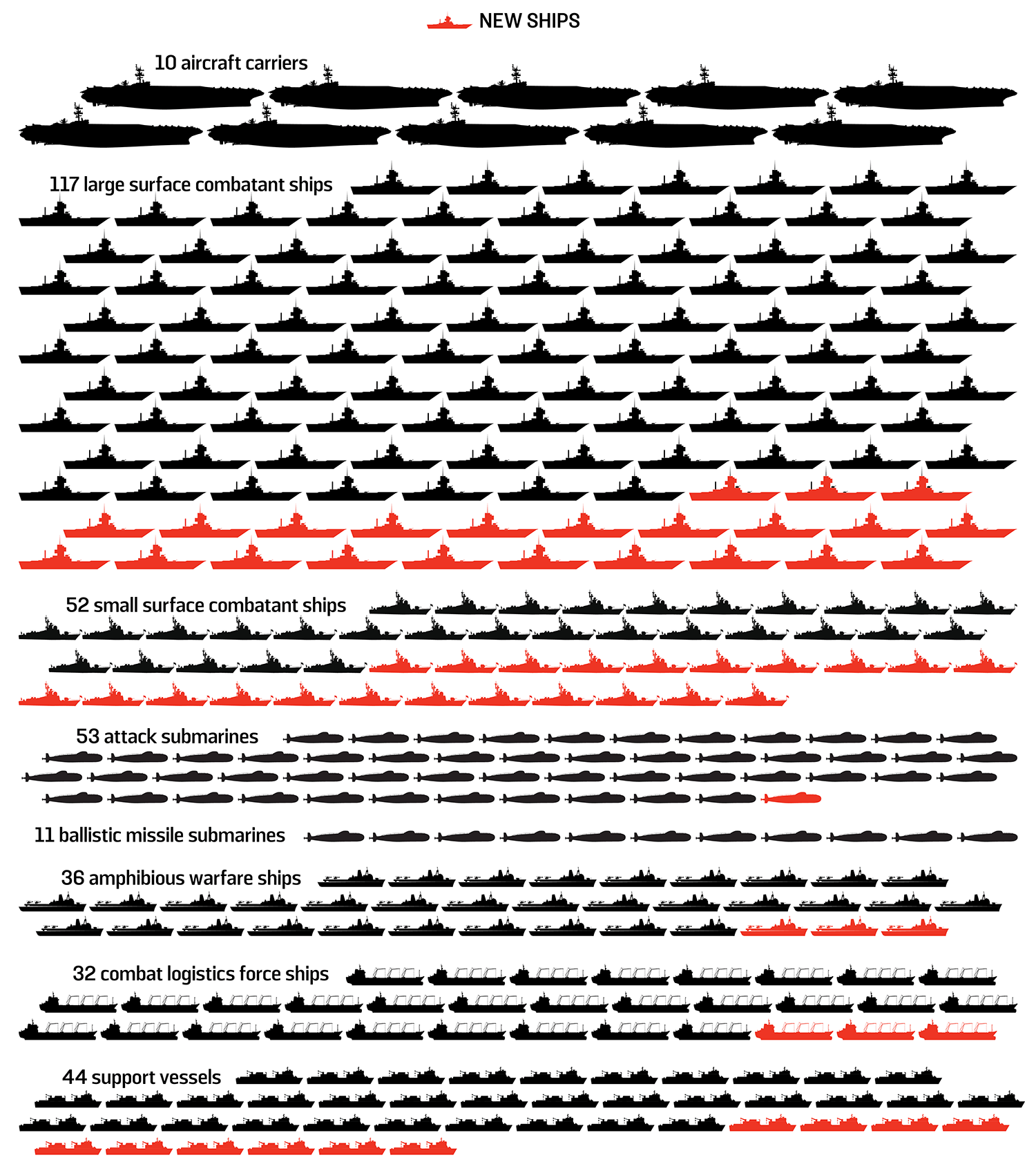 A British court is currently hearing the case of a plot to steal a copy of the Magna Carta from Salisbury Cathedral in 2018. The suspect, 47-year-old Mark Royden, allegedly set off the cathedral’s fire alarm to create confusion and then tried to break the historic document’s glass display case. He was tackled by the cathedral’s building inspector and a pair of American tourists. In his police statement, Royden seemed to cast doubt the document’s authenticity.

NEW FOR SUBSCRIBERS: Want to read more on this topic or region? Click + to receive email alerts when new stories are published on Politics, Middle East and North Africa