A month into the coronavirus epidemic that has swept across China, the details of the Chinese government’s political and administrative response remain highly ambiguous. Reports of information suppression and general mismanagement by the Wuhan city authorities have swirled around the Chinese internet for well over a week by this point, but relatively few concrete facts can be confirmed. What has been unmistakable, however, is the volume and intensity of social anxiety, much of which has been channeled into open skepticism of governmental activity. Even a cursory glance at Weibo will reveal an enormous amount of criticism, both veiled and direct, at the official response.

This article was originally published in ChinaFile.

Compared with other political challenges that have drawn large amounts of international criticism over the past two years, ranging from the 2018 constitutional amendments to the Xinjiang and Hong Kong crises, the current situation constitutes a much more serious threat to the party-state’s domestic legitimacy. Whereas the domestic response during those other episodes was often muted due to a combination of censorship and apathy, or genuinely pro-government sentiment, the coronavirus epidemic has clearly struck much closer to the public’s bottom line, leading to widespread displays of anger and frustration that one rarely sees these days in the tightly censored world of Chinese internet expression.

Apparently recognizing the severity of the challenge, the government has trodden somewhat lightly in its management of social opinion. While usually quick to remove any significant criticism of governmental entities, internet censors have allowed an unusually large, and often unusually harsh, volume of criticism to remain highly visible, both on social media and in the press. In fact, more than a few government media platforms have actually added to the chorus of criticism: For example, Hu Xijin, the editor of the government-controlled Global Times and usually a reliable pro-government voice in sociopolitical discourse, penned an op-ed that directly called out both the Wuhan city government and central medical regulation authorities for their inadequate initial response. There seems to be a general recognition across the state apparatus that aggressive suppression of public criticism will lead to a potentially unmanageable backlash—in other words, that public unhappiness has already reached such a critical level that the only truly viable response is appeasement.

The silver lining for the party leadership in this otherwise highly dangerous scenario is that public anger seems to have primarily coalesced around local, rather than central, government and medical activity. As far as one can tell, the general public seems to have responded relatively positively to the most visible steps the central government has taken since the outbreak, including the quarantining of multiple cities in Hubei province, the channeling of medical resources nationwide into the Wuhan region, the formation of a special working group within the party leadership to address the epidemic, the appointment of SARS veteran Zhong Nanshan to lead the expert task force, and so on. 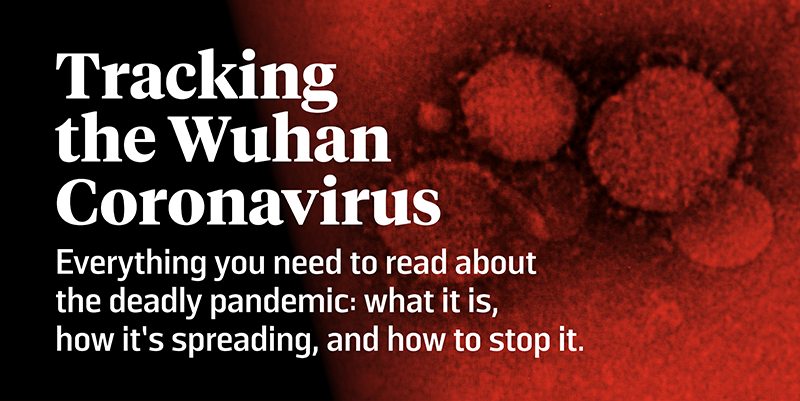 The Wuhan city government and the Hubei provincial authorities have, however, been the target of widespread ridicule. When rumors that several city-level officials, including the mayor of Wuhan, had been sacked and placed under investigation for administrative misconduct were eventually proved false, a popular comment on Douban dryly joked that “[the rumors] only represented the beautiful hopes and dreams of the people.” (The comment has since been removed, after being visible for about a week.) Likewise, when reports emerged of equipment and space scarcities in the Wuhan medical system, social commentary seemed far more likely to blame local governmental ineptitude, rather than the failure of central authorities to marshal national resources. By comparison, foreign media have tended to pin blame on central authorities or the Chinese bureaucratic system as a whole.

There are at least three different ways to interpret this difference in popular reaction. The first, which will likely appeal to committed critics of the Chinese party-state, is that it is simply far too dangerous to criticize central authorities, and especially the party leadership, on Chinese social media, whereas the consequences for criticizing local authorities are generally far less serious. This may very well be true in this particular case, but it is not true in general: Provincial and local authorities often retaliate just as aggressively, if not more so, than many central government branches, especially the more technocratic ones, and central authorities are usually more than happy to facilitate this.

In the present case, however, there are abundant reports of local authorities attempting to suppress early reports of the coronavirus epidemic, only to be reprimanded and censured later by central authorities and state media. In fact, central authorities have not only tolerated widespread criticism of local authorities but have begun to actively encourage it. Just this past Friday, the State Council posted a national call for information on local misconduct and information suppression. The question, then, is why the central government has taken, under these circumstances, such an aggressive position vis-à-vis its provincial- and city-level underlings. This begs for a somewhat deeper explanation.

The second interpretation is that, objectively speaking, local authorities are primarily to blame for the increasingly dire situation and should therefore shoulder the lion’s share of the blame. This is almost certainly what Chinese central authorities would like the public to believe, but it, too, is dubious, even though there may be some kernel of truth to it.

While there may have been some information suppression efforts early on at the local level, from Dec. 31 onward, once the National Health Commission sent a team of experts to assess the situation in Wuhan, central authorities have clearly played a role—likely the decisive one—in all major administrative and political actions. In addition, if one wishes to blame local authorities for behaving indecisively, or for artificially attempting to maintain a veneer of calm, then one must also blame the centralized system of review, promotion, and censure that incentivizes them to do so. Normatively speaking, there can be no clean center/local distinction when assigning blame and responsibility for the present situation.

The third interpretation offers a way around these empirical and analytical difficulties: It sees the present center-local dynamics as both a product and a reinforcement of deeply rooted “special characteristics” of Chinese sociopolitical legitimacy. As a number of studies have found, the Chinese public has long had a significantly more favorable view of the central government than of county-level or provincial-level ones. The exact origins of this phenomenon are unclear—the situation was largely the opposite in the Republican era, and the change likely had something to do with the centralization of authority and political legitimacy under Mao Zedong—but it is one of the more striking and unusual things about contemporary Chinese politics.

Most polities around the world tend to place greater trust in officials who are more proximate to their everyday lives. They are more easily observed and monitored, more vulnerable to local social pressures, and therefore perceived as more accountable. Central authorities, in contrast, are distant, obscure, and less trustworthy. Chinese politics has long operated under the opposite scenario: Local officials are considered corrupt and ineffective, whereas those in Beijing are supposedly more professional and disciplined. From this perspective, the concentration of public blame on local authorities during the coronavirus epidemic is simply the most recent manifestation of a long entrenched and very powerful sociopolitical pattern.

This pattern may well predate the post-Mao party-state, but its ongoing strength and influence is also something that central authorities have, in all likelihood, consciously cultivated and reinforced over the years. The official media, for example, often portrays corruption as primarily a local problem, even as it tends to tolerate or even facilitate the day-to-day censorship of criticism against local governments. Following major natural disasters, such as the 2008 Wenchuan earthquake, the media have likewise tended to portray central authorities in a more positive light than local ones, even though local officials generally enjoyed a stronger marginal boost in popularity from whatever positive media exposure they did receive.

There are strong reasons for doing so: The central government benefits from the ability to shift blame to local underlings in times of serious crisis. This helps prevent social frustration over specific incidents from snowballing into a more general challenge to the party-state’s political legitimacy while providing relatively low-cost ways to pacify public anger—namely, by blaming and sacking local officials. The handling of the current coronavirus epidemic seems to have largely followed this playbook: The central takeover of anti-virus measures has coincided, as noted above, with a highly visible public call for information on local misconduct and abuse, while internet censors have, over the past two to three weeks, opened the door for public criticism of local authorities.

At a much more general level, President Xi Jinping’s political strategy over the past five years of combining sweeping anti-corruption measures and pro-legality reforms with aggressive administrative centralization has been, to at least some extent, a conscious attempt to harness the public’s higher trust in central authority for political gain. The more he does so, however, the greater the trust gap between central and local authorities will likely become.

That said, these kinds of tactics are not without their costs and can be employed only in moderation. Even during major crises, the central government cannot afford to allow public trust in local authorities to fall too steeply, lest their ability to conduct everyday governance and administration be ruined beyond repair. This is an extremely delicate balancing act that arguably runs against the short-term political interests of central rulers. Political centralization has a strong tendency to self-reinforce: The more a government centralizes under social conditions like China’s, the more it erodes the public’s faith in the governance capacity of local officials, which further strengthens the short-term political benefits of centralization.

If central authorities give in to these short-term temptations, they can easily sink into a vicious cycle of assuming ever-increasing amounts of sociopolitical responsibility. In a country of China’s size, this is almost certainly unsustainable over the long run. Combating these self-reinforcing tendencies requires, however, both the ability to appreciate long-term consequences and the political will to sacrifice some short-term gain for long-term structural health. Whether the Chinese party leadership possesses sufficient quantities of both remains to be seen, but given the potentially catastrophic human costs of failure, one can only hope that it eventually finds the right equilibrium.

This article was jointly published with ChinaFile.