Why Pakistan Is Resuming Flights to and From China

The cost of a so-called all-weather friendship.

Welcome to Foreign Policy’s weekly South Asia Brief. The highlights this week: Pakistan resumes flights to and from China amid the coronavirus outbreak, Indian Prime Minister Narendra Modi is campaigning for his party in Delhi’s state elections, and Indian stocks fall on a disappointing budget.

Trade Together, Sneeze Together?

Welcome to Foreign Policy’s weekly South Asia Brief. The highlights this week: Pakistan resumes flights to and from China amid the coronavirus outbreak, Indian Prime Minister Narendra Modi is campaigning for his party in Delhi’s state elections, and Indian stocks fall on a disappointing budget.

Trade Together, Sneeze Together?

China and Pakistan have long described their close diplomatic and economic relationship in poetic terms. In 2010, former Pakistani Prime Minister Syed Yousuf Raza Gilani described the relationship as “higher than mountains, deeper than the ocean, stronger than steel, and sweeter than honey.” And Beijing has called Islamabad its “irreplaceable, all-weather friend.”

But Pakistan’s decision on Monday to resume flights to and from China—just three days after suspending them in response to the 2019-nCoV outbreak that originated in the central Chinese city of Wuhan—has drawn criticism. “We don’t have any facility to properly test suspected cases,” a medical expert in Islamabad told the South China Morning Post, questioning the wisdom of the move to reopen flights. Meanwhile, Pakistani authorities are confident their airport screening system is adequate.

The price of friendship. Pakistan’s decision highlights the different ways that countries are dealing with the coronavirus. The divergence may be linked to Beijing’s ability to put pressure on some countries and not others, as the New York Times reports. China called a U.S. entry ban “not in keeping with the facts” or “in keeping with friendship.” One can imagine why it would be difficult for Pakistan to continue to ban flights to and from its biggest arms supplier and investor.

Pakistan is also facing criticism over its decision not to evacuate its citizens from Wuhan. Once again, a Pakistani spokesman used a strange choice of words. “We stand by China in full solidarity,” said Zafar Mirza, a health official in Prime Minister Imran Khan’s government. “If we act irresponsibly and start evacuating people from there, this epidemic will spread all over the world like wildfire.”

JT: You’ve been very vocal about criticizing India’s treatment of its Muslims and the oppression of Muslims around the world, with one notable exception: China. Why have you been so quiet about the persecution of China’s Muslims in Xinjiang and elsewhere?

IK: Well, two reasons. One main reason is that the scale of what is going on in China—and frankly, I don’t know much about it, I just occasionally read about it—is nothing compared to what is happening in Kashmir.

JT: With all due respect, we’re talking about some 1 million to 2 million people being detained in Xinjiang. That’s not nothing.

IK: But what is happening in Kashmir is 8 million people under siege for five months. Over the last 30 years, about 100,000 people have been killed in Kashmir. And all the top [Kashmiri] leadership is in jail. So it’s the scale of what is happening. As far as the Uighurs, look—China has helped us. China came to help our government when we were at the rock bottom. So we are really grateful to the Chinese government, and we decided that whatever issues we will have with China, we will deal with them privately. We will not go public.

You can read a complete transcript of the interview here.

No cases yet. While things could change in the coming days, Pakistan has yet to confirm a single case of the coronavirus. The only South Asian countries to have reported cases so far are India, with three, and Nepal and Sri Lanka, with one each. (See cases identified by Johns Hopkins University here.)

Delhi’s elections battle. Since its surprise victory in 2015, the Aam Aadmi—meaning “common man”—Party (AAP) has held power in the Indian state of Delhi, which was ruled for 15 years by the Indian National Congress. In Delhi’s assembly elections this week, Prime Minister Narendra Modi is hoping to flip the state once more to bring his Bharatiya Janata Party (BJP) to power.

A win in Delhi would also provide a much-needed shot in the arm after months of protests, first over Modi’s decision to revoke Kashmir’s special status and then over his government’s controversial new Citizenship Amendment Act. Though Modi will likely play to the BJP’s nationalist base to secure a win, local issues may keep the AAP in power.

An investigation into Nepali deaths abroad. Millions of Nepalis work abroad, and their remittances contribute over 30 percent of their country’s GDP. But they face dangerous conditions: Around 1,000 Nepali workers die abroad every year—97 percent in the Persian Gulf region, according to the Himalayan Times. Few of those cases have been investigated, but that may soon change after a Supreme Court ruling on a case filed by two Nepali social justice organizations. The highest court has ordered the Nepali government to look into the suspicious deaths.

Rohingya refugees go back to school. Among a few government proposals for handling the huge population of Rohingya refugees in Bangladesh—including repatriation to Myanmar and relocation to an island in the Bay of Bengal—Dhaka recently announced one that has Rohingya feeling hopeful. Last week, officials announced that Bangladesh would provide refugee children access to formal education after warning about the potential for a “lost generation.”

Brentrance? Just an hour after Britain left the European Union on the Jan. 31 Brexit deadline, the Maldives rejoined the British Commonwealth. The island nation left the global organization in 2016 after it was threatened with suspension over concerns about its human rights and democratic record. Four years and a new president later, the country has been readmitted.

On Feb. 4, 1948—exactly 72 years ago—the colony of Ceylon won its independence from Britain, but it retained a governor-general as head of state, representing the British monarch. Years later, the country became a republic and was renamed Sri Lanka. When did that change take place?

India’s budget bust. Indian Finance Minister Nirmala Sitharaman presented the country’s annual budget on Saturday. Investors were so disappointed that the main Mumbai stock market recorded its biggest single-day decline in three years during a special weekend trading session. While Sitharaman announced plans for investments in roads and airports, along with tax cuts, many economists said the plans fell short of the major reforms needed to turn around India’s slowing economy. Writing in Quartz, the economist Jayati Ghosh called the presentation “woefully short on vision” with potentially “disastrous” impacts.

Smartphone disruption. When it comes to manufacturing smartphones, India is second only to China. But India still depends on its bigger neighbor for components: batteries, cameras, chips. There are now fears that the coronavirus crisis could disrupt the supply of those parts to manufacturers in India, hitting production numbers this quarter.

As shown below, while India has seen rapid growth in smartphone use, there is still immense potential for continued sales of new devices as people upgrade from regular so-called “feature phones” to devices with touch screens. 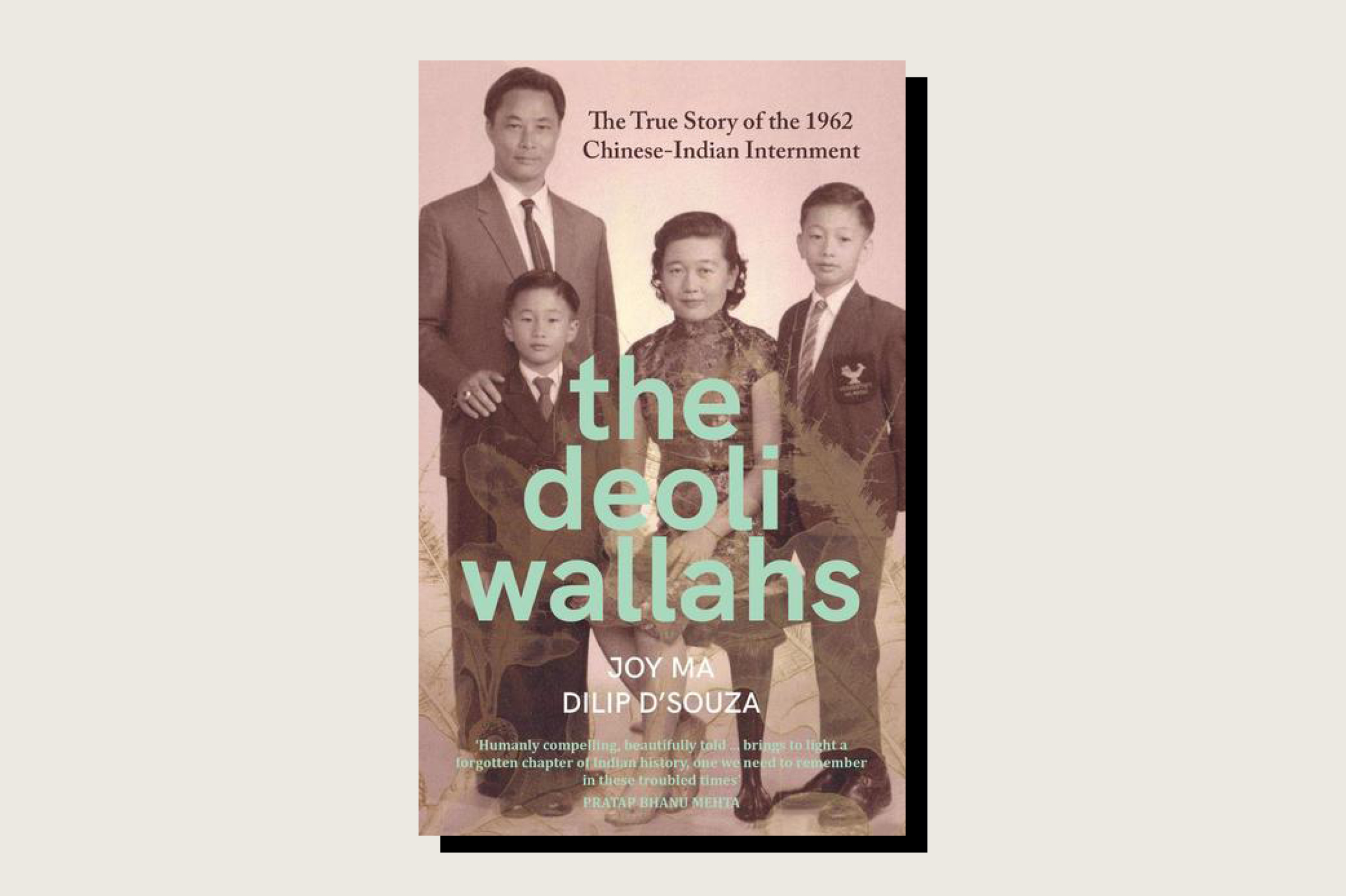 Forgotten internment. Most readers will know about the U.S. internment of citizens of Japanese origin during World War II. But fewer will have heard the story of Chinese Indian internment in 1962, as told in The Deoliwallahs, a new book by Joy Ma and Dilip D’Souza. Through interviews with survivors, the book sheds light on the plight of around 3,000 Chinese Indians who were interned for several years in Deoli, Rajasthan, during the Sino-Indian War.

On May 22, 1972, Ceylon formally became the independent socialist Republic of Sri Lanka as it severed ties with the British Crown.

NEW FOR SUBSCRIBERS: Want to read more on this topic or region? Click + to receive email alerts when new stories are published on Foreign & Public Diplomacy, Health, China, South Asia