Palestinian Leader Responds to Trump’s Peace Plan at the U.N.

In New York, Palestinian Authority President Mahmoud Abbas will express opposition to the White House peace proposal, but he won’t see a vote on a resolution against it.

Here is today’s Foreign Policy brief: Palestinian Authority President Mahmoud Abbas addresses a special meeting of the U.N. Security Council, East Africa is on alert over the worst locust outbreak in a generation, and what to make of Angela Merkel’s chosen successor bowing out.

Here is today’s Foreign Policy brief: Palestinian Authority President Mahmoud Abbas addresses a special meeting of the U.N. Security Council, East Africa is on alert over the worst locust outbreak in a generation, and what to make of Angela Merkel’s chosen successor bowing out.

Palestinian Authority President Mahmoud Abbas makes a high-profile visit to the U.N. Security Council today, where he will express his opposition to the Middle East peace plan recently unveiled by U.S. President Donald Trump alongside Israeli Prime Minister Benjamin Netanyahu at the White House. The plan has been met with criticism by many countries and rejected by Palestinian leaders, who see it as a one-sided initiative.

But on Monday, a plan to hold a Security Council vote on a resolution against Trump’s peace plan following Abbas’ address was delayed. That could mean that it lacked the support of nine members that it would need to pass, with some expected to abstain. (Regardless, the United States was likely to veto it.) The Palestinians had already softened the language of the draft resolution, which initially condemned the plan as a violation of international law.

Diplomatic pressure. When White House senior advisor Jared Kushner briefed Security Council diplomats last Thursday, they had questions about the plan’s viability—particularly given that the Palestinians aren’t coming to the negotiating table. But the pressure from Washington has had ripple effects: Tunisia abruptly fired its ambassador to the United Nations the same day over his opposition to the plan, as FP’s Colum Lynch and Robbie Gramer reported.

What’s next? The delay marks a setback for Abbas and the Palestinians, who hoped that the leader’s speech would end with a vote—though the resolution could be brought before the Security Council later this week. During his address, Abbas is expected to present an alternative proposal for relaunching peace talks.

U.N. issues warning over locust outbreak. Locusts were spotted in Tanzania and Uganda over the weekend, prompting an emergency government meeting in Kampala to respond to the locust outbreak that has already destroyed crops in Kenya, Somalia, and Ethiopia. On Monday, the United Nations warned that the region—already grappling with food insecurity—couldn’t cope with another “major shock” and that decisive action was needed: Heavy rains in the coming weeks mean the swarms could multiply. Both Uganda and Tanzania have begun spraying pesticides to stop the insects’ spread. Experts are particularly concerned about the locusts reaching South Sudan, which suffers from extreme food insecurity.

Who will succeed Angela Merkel? On Monday, Annegret Kramp-Karrenbauer—German Chancellor Angela Merkel’s preferred successor—announced that she would not run for the country’s top position in next year’s federal election. The decision comes amid political turmoil: Merkel’s Christian Democratic Union (CDU) cooperated with the far-right Alternative for Germany in a state election last week, breaking a postwar taboo. Kramp-Karrenbauer’s resignation could accelerate Merkel’s departure, with party rivals soon competing to succeed her. It’s also likely to trigger a reassessment of her legacy, FP’s Cameron Abadi explains.

Turkey-Syria conflict. Five Turkish troops were killed in northwest Syria, prompting an emergency meeting in Ankara and a retaliatory strike on Syrian targets. According to Al Jazeera, the strike and retaliation is “the highest escalation that has ever happened between Ankara and Damascus in Syria’s nine-year war.” Late on Monday, Ibrahim Kalin, an advisor to Turkish President Recep Tayyip Erdogan, reportedly told a visiting delegation of Russians that the Moscow-backed Assad regime’s attacks on Turkish posts in Idlib must stop and they will not go unanswered.

Beyond China, a rush to slow coronavirus. There is an urgent push for health labs around the world to increase capacity to diagnose patients with the new coronavirus as it spreads beyond China. Chinese officials have confirmed just over 40,000 cases, while 319 cases have been recorded in 24 other countries. On Monday, the World Health Organization (WHO) expressed concern about virus cases among those who had not traveled to China, with WHO chief Tedros Adhanom Ghebreyesus saying they could be “the spark that becomes a bigger fire … But for now it is only a spark.”

In the Philippines, which announced the first death from the virus outside China on Feb. 2, citizens are criticizing President Rodrigo Duterte for perceived reluctance to respond quickly to the virus—and for his government’s warm relations with China, Nick Aspinwall reports for FP.

Ireland coalition talks. The nationalist party Sinn Fein declared victory after a surprisingly strong showing in Ireland’s election. Sinn Fein won the most first-preference votes and took 37 seats in the 160-seat legislature, two more than the current ruling party, Fine Gael. Another mainstream party, Fianna Fail, won 38 seats but one of those is held by the parliament’s speaker who was elected uncontested, leaving them effectively tied with Sinn Fein.

Sinn Fein leader Mary Lou McDonald declared that her party had won and that she would seek to form a coalition with smaller parties but that she would hold talks with Fianna Fail and Fine Gael because “that’s what grownups do.” She denounced the longstanding practice of keeping Sinn Fein out of governing coalitions due to its past links with the Irish Republican Army. “The democratic thing is for them to speak to me and stop this business of saying Sinn Fein can be put on the margin,” she said. “So many people now have chosen us to represent them.”

The New Hampshire primary. Voters in New Hampshire go to the polls today with Democratic candidates—and Trump—rallying on the eve of the vote. Former Mayor Pete Buttigieg enters the contest barely ahead of Sen. Bernie Sanders after last week’s Iowa caucuses, which ended in chaos with disputed results. Both of their campaigns have pushed for a partial recanvass in Iowa.

Israel’s voter data leak. A software flaw tied to an app used by Israeli Prime Minister Benjamin Netanyahu’s Likud party exposed the personal data of 6.5 million people—almost every voter in Israel, including military leaders and the prime minister himself. The breach comes just three weeks before Israel’s third election within a year and has raised concerns about security and election fraud. The app was designed to provide voters with information about the election. It remains unclear how the leak occurred.

Trump’s visit to India. The White House confirmed on Monday that Trump will visit India at the end of the month—his first trip to the country since taking office. Prime Minister Narendra Modi hopes to strengthen strategic ties between the countries, and ahead of the visit India will approve a $2.6 billion deal to purchase military helicopters from U.S. firm Lockheed Martin, Reuters reports.

For more news and analysis on stories like this, sign up for South Asia Brief, delivered on Tuesdays.

Where Are Xinjiang’s Hui Muslims? 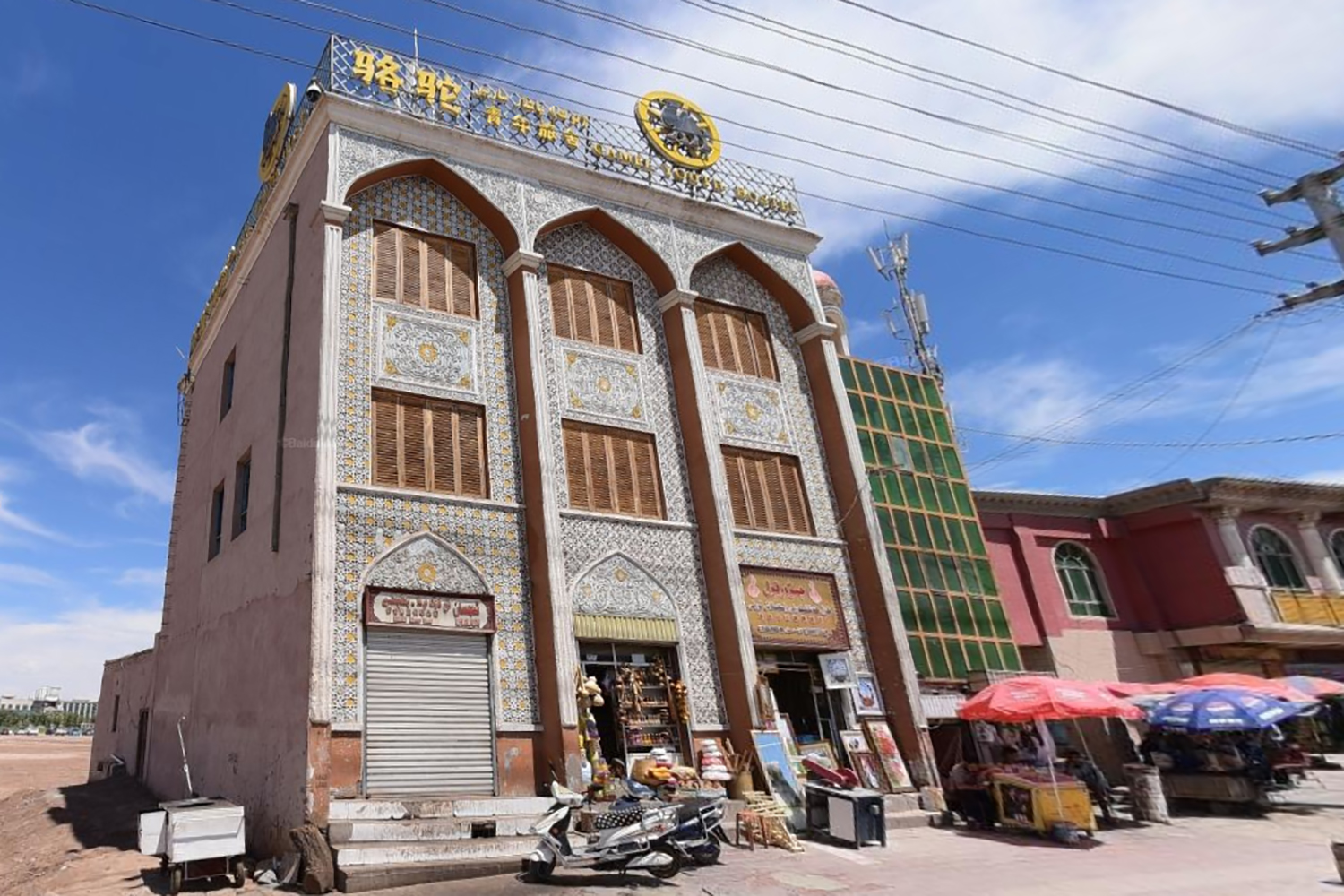 The Chinese government appears to have detained millions of people in internment camps in Xinjiang region. The majority are undoubtedly Uighurs. But a growing number of eyewitness accounts and testimonies suggest that ethnic Hui Muslims—who have traditionally been much closer to the country’s ethnic Han majority—have been swept up in the crackdown, Gene A. Bunin reports for FP.

“The issue isn’t being raised because of the close business ties and the absolute apoliticality of the Hui,” one Hui community member in Kyrgyzstan told Bunin. “But the facts are there, and more than just a few.”

Underwater archaeologists from Spain and Mexico are renewing their search for a Spanish treasure ship that sank off the Mexican coast centuries ago, the Guardian reports. The Nuestra Señora del Juncal, believed to have held at least 120 tons of precious cargo, sank during a storm in Oct. 1631. The experts hope to involve young archaeologists from Latin America “so that countries don’t find themselves at the mercy of pirates and treasure-hunting companies.”

NEW FOR SUBSCRIBERS: Want to read more on this topic or region? Click + to receive email alerts when new stories are published on United Nations, Middle East and North Africa