How Swat Valley went from basket case to on the mend.

MINGORA, Pakistan—Hundreds of schools for girls sweep across the land where, in 2012, 15-year-old Malala Yousafzai was shot by the Taliban. This was the land where, under Taliban control between 2007 and 2009, schools were destroyed and girls barred from education.

These days in Mingora, Malala’s hometown in Pakistan’s Swat Valley, few, if any, signs remain of the city’s grisly past. The former militant stronghold is nestled at the base of the Hindu Kush mountains, equidistant from Pakistan’s capital city of Islamabad and the eastern border of Afghanistan. Endless hotels and restaurants line its main arteries—a new building is under construction every few blocks. Although international tourism is still rare, local travelers flock to what was once one of the most dangerous spots on the planet. 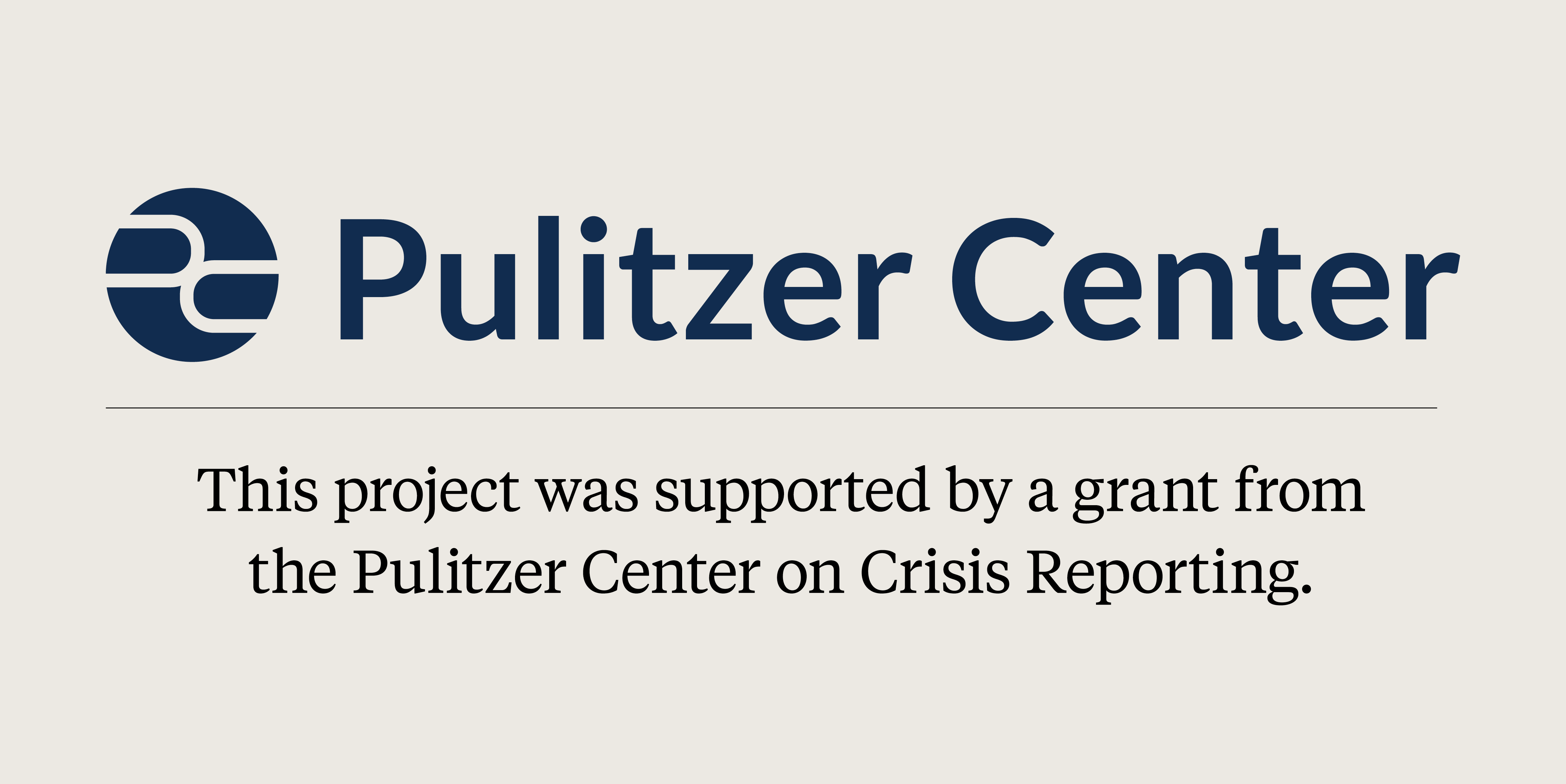 The Swat Valley is, in many ways, a success story in a country where success stories are rare.

Yet everybody here has a story of what it was like to live under the Taliban. At checkpoints scattered across the city, residents were stopped and questioned about their activities. I spoke to one over the summer who recalled armed men pulling him by the hair and demanding he cut his hair. But it wasn’t just the streets outside that fell under scrutiny. Another local told me about the time that militants, noticing the dish antenna on his roof, barged in and broke his TV.

In those days, the local population had three unappealing choices: comply, leave, or get killed.

A once bustling junction in Mingora became known as Khooni Chowk (literally “bloody intersection”), where corpses of nonconformists, critics, and opponents would be found strung up—sometimes without their heads. The shops surrounding Khooni Chowk were shuttered, their windows shattered, their walls pierced with bullet holes.

Today, the walls have been rebuilt, the glass replaced, and the scars plastered over. Khooni Chowk, back to being called by its old name, Green Chowk, could be a junction in any one of Pakistan’s major cities. The roads are choked with cars and motorcycles, slowed to a crawl, while a harried traffic policeman directs the four-sided onslaught. The air is thick with blaring horns, conversation, smoke, and dust. Shops crammed side by side sell everything from shawls to toys. Street vendors swoop in to occupy whatever gaps exist between them. A large billboard featuring a female model selling women’s clothing floats above.

The Swat River glides along the northern border of the city. Across this narrow body of water lies the village of Imam Dheri, which once served as the terrorist group’s headquarters. It was there that a former ski lift operator, Maulana Fazlullah, started a radio broadcast in 2004 that carried him into people’s homes and, eventually, into their hearts.

Exploiting a weak judicial system, lack of development, neglect from the central government, and a religiously leaning population, Fazlullah was able to quickly amass influence over the radio waves, denouncing Pakistan’s alliance with the United States in the global war on terrorism and preaching his twisted version of Islam, one that extolled jihad, confined women to the home, and forbade female education, polio vaccinations, and technology.

In December 2007, when the Tehrik-i-Taliban Pakistan (TTP)—an umbrella organization of dozens of militant groups in Pakistan—was formed, Fazlullah was appointed the head of its Swat chapter. On the banks of the river, he built a seminary, funded in part by jewelry donations from his ever growing female support base. (By virtue of living mostly within the confines of their homes, women were the primary consumers of his radio sermons.) His Friday khutbahs drew tens of thousands of listeners.

As the full extent of Fazlullah’s strict regime and brutality toward anyone who dared to oppose him became apparent—dancing, criticism, and even suspected insubordination were capital offenses—popular support for his movement waned. But it wasn’t until a four-month operation in 2009, the first major military action against the local Taliban post-9/11, that the Pakistan Army was able to regain control. Fazlullah escaped to eastern Afghanistan, from where he continued to direct targeted assassinations of law enforcement, military officers, and local political leaders in Swat. In 2014, he even orchestrated a terrorist attack on an army-run school in Peshawar, killing 149 people, mostly children. By then, his penchant for attacking children was well established; two years prior, he ordered the attempted assassination of Malala because she championed education for girls, an attack that wounded two other students in the open-backed school van: Kainat Riaz and Shazia Ramzan.

I met Ramzan last summer. At the height of the Taliban’s power, not only was she unable to go to school, but she couldn’t leave home without her face hidden behind a chador. On the days that it was open, the school asked its students not to wear their usual uniforms and to hide their books under their scarves. Like 2 million other residents, Ramzan, her parents, and her eight siblings left town during the military operation. After the military took back the city, she returned to school. But the threat continued to linger, and eventually, she was shot.

The daughter of a bakery owner, Ramzan had never considered activism. She had always supported Malala but had never contemplated speaking up about a girl’s right to an education. The monthlong hospital stay convinced her of the importance of schooling, and she resolved to complete her studies. But her school van had stopped running, and rickshaw drivers hesitated to take her for fear of retaliation. Each day, Ramzan and her family scrambled to figure out how to get to school.

Early the following year, both Ramzan and Riaz accepted a scholarship to study at UWC Atlantic College in South Wales, a globally focused International Baccalaureate program with students from 90 nationalities. When Ramzan arrived at her homestay, a few weeks before the beginning of high school, she spoke no English. She learned as much of the language as she could from her hosts and then walked through the gates of UWC, fearing she would fail her exams and never make any friends.

She was wrong, and at boarding school, Ramzan saw girls who had the freedom to do the things that she couldn’t in Swat: They could go out alone. They could go camping or climbing or swimming. “I wanted girls in Pakistan to be free and safe in the same way,” she told me.

While Ramzan spent the following three years in high school, the reconstruction of Swat continued. The Taliban, and the operation that pushed them out, left destruction all around—shelled-out buildings, collapsed bridges, burnt-down police stations, demolished roads. A year later, intense floods ravaged the valley. And then, in 2015, came a massive 7.5 magnitude earthquake.

Streams of funding from the provincial and federal government, international NGOs and agencies such as U.S. Agency for International Development, and the government of the United Arab Emirates financed the rebuilding of a valley devastated by terrorism and natural disasters. The Pakistan Army Corp of Engineers and the provincial government led the construction efforts on the ground.

Among the endeavors was the repair of more than 100 militant-damaged schools. Today, around 1,600 public schools scatter the Swat Valley’s rugged terrain, where a population of 2.3 million lives. That is too few schools, Jawad Iqbal, an education activist, researcher, and principal at Khushal School, where Malala and Ramzan were middle school students, told me last month. Outside urban areas like Mingora, schools are few and far between, and the mountainous landscape makes it hard for parents to send girls alone.

Using figures from data collection organizations such as the Pakistan Bureau of Statistics and Independent Monitoring Unit, Iqbal performed extensive research on the state of education in Swat. He found that while there were hundreds of schools at the primary level, numbers drastically dropped at upper levels of education. He also observed that schools exclusively for girls—where conservative families are most willing to send their daughters—were only 36 percent of the total number of schools.

Khushal School, founded by Malala’s father in 1994, is one of approximately 350 private schools in Swat. It is also one of the best-performing ones, Iqbal said.

Iqbal, who joined Khushal as a principal in 2016, recalled a dark period in the school’s history. Both the attack on Malala and the subsequent Taliban assault on a school in Peshawar instilled fear in the students and their parents. Several left the school. “They thought Khushal might be next,” said Muhammad Faruq, the director of the school.

However, these days, things are close to back to normal. Iqbal said his students are performing well both in academics and extracurriculars. Recently, he said, they did extraordinarily well in board exams. But, as both he and Faruq acknowledge, student enrollment is still half of what it used to be.

“These days, all signs of the Taliban have disappeared,” Faruq added. But perhaps not from people’s minds. Swat’s return to normalcy has come at an immense cost to civilians, 2 million of whom were displaced in the military operation. And the operation was by no means perfect. For more than a decade, the fragile peace was maintained by a heavy military presence until administrative control was handed over to civilian authorities. It was only around two years ago that the military checkpoints that kept a watchful eye on Mingora began closing.

There is still a permanent military base on the outskirts of the city, and the targeted killing of a local politician in December by unidentified gunmen, the first in four years, is a reminder that the security situation is still, in some ways, tenuous.

Even so, Swat’s overall trajectory is worth giving thought to, not only because it serves as a case study for how neglected areas can slip into the grip of militancy but also as a blueprint for how they can be restored. In some ways, Swat’s encounter with militancy has mirrored Pakistan’s own. As terrorism has been rooted out of here, it has also receded from the rest of the country. Indeed, the Swat case demonstrates that those parts of the world that are vulnerable to the influence of militant groups require early intervention to stop the disenfranchisement of the local population. This could take the form of beneficial social reforms, stronger local governments, and a justice system that works. These areas also need vigilance from the central government, which Pakistan had failed at until it was too late.

This past summer, Ramzan was home from her first year at the University of Edinburgh, where she is studying medicine. She had just wrapped up an internship at a major hospital in Multan. “Today, everything has changed,” Ramzan remarked. She pointed out that more girls than ever are getting educated in Swat. “It makes me so happy to know that they see Malala as a role model.” As horrific as the 2012 attack was, Ramzan feels that it ultimately brought attention to the cause of girls’ education and inspired people to fight for their rights.

It used to be the case that fear, and a Taliban-imposed curfew, confined people to their homes after 8 p.m. A decade later, nights in Mingora are alive, loud, and brightly lit by streetlights, neon signs, and storefronts. Markets and restaurants stay open late. Musicians and dancers have returned. Families stroll down the winding paths of the Fiza Gatt park, which stretches along the river. The spot where Fazlullah’s seminary once stood is visible to the park’s patrons, perpetually serving as a reminder.

This story was supported by the Pulitzer Center on Crisis Reporting.

How Pakistan Is Playing Washington—Again

Trump thinks he can get Imran Khan to help as he exits Afghanistan. History suggests otherwise.

This Republic Day, Pakistan should consider why it remains underdeveloped as its military booms.