Republican foreign-policy experts weigh in on the most eventful debate of the 2020 primary.

On Wednesday, Democrats held perhaps their most eventful debate of the presidential primary season. All the top Democratic candidates for U.S. president were represented on stage—including, for the first time, Michael Bloomberg. One subject, however, was mostly conspicuous by its absence: foreign policy. 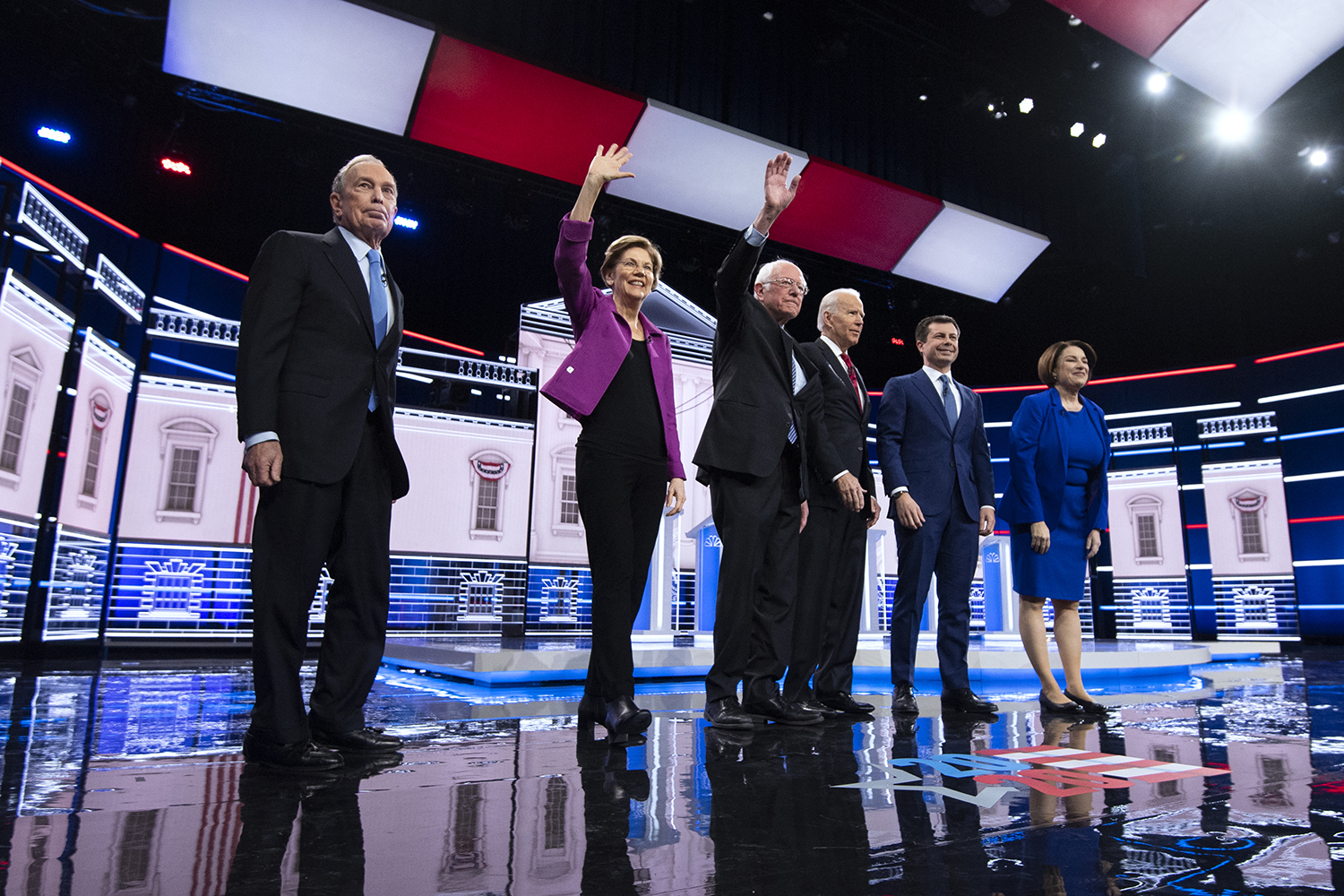 On Wednesday, Democrats held perhaps their most eventful debate of the presidential primary season. All the top Democratic candidates for U.S. president were represented on stage—including, for the first time, Michael Bloomberg. One subject, however, was mostly conspicuous by its absence: foreign policy.

The Elephants in the Room team wasn’t deterred from offering their own expert analysis on what was said—and what wasn’t.

Throughout the 2016 Republican primary, a crowded field of candidates attacked one another because they agreed on only one thing: It was necessary to reduce the field to just Donald Trump and one other candidate (they disagreed on who that should be). They believed Trump to be beyond the pale—a fact that would be self-evident once the choice was narrowed to two. The rest is history: As the others bickered, the beyond-the-pale nominee used that free pass to good advantage to win the nomination.

The debate in Las Vegas showed that the 2020 Democratic candidates have largely embraced the same playbook. All six devoted their efforts to ensuring that the nomination would come down to two people, Sen. Bernie Sanders and one other person. The five people not named Sanders tried their best to eliminate one another, leaving Sanders mostly unscathed. If they keep this up, 2020 may echo 2016, and the supposedly beyond-the-pale candidate will be the party’s nominee.

Even more striking than the lack of foreign-policy discussion in last night’s debate was the fact that when foreign-policy issues did come up—such as climate change or U.S.-Mexican relations—it did so primarily as a domestic policy issue. So the brief and facile exchanges about U.S. relations with Mexico started with questions on immigration policy, and the climate change discussion began as a question about Americans’ jobs in coal-, oil-, and gas-producing states. China and India only came into the picture when Michael Bloomberg brought them up.

As a political matter, this is understandable. At this juncture, international security issues are not a top priority for the Democratic base (the same is true of the Republican base). The candidates want to speak to the issues that will help their electoral prospects in the coming weeks. And they will respond to the questions the moderators ask.

As a matter of civics, this is regrettable. Debates should also help reveal what kind of president—especially what kind of commander in chief and diplomat-in-chief—each candidate might be. It is the job of the moderators to surface that with at least a couple of questions on foreign and defense policy. They should do so before another national security crisis erupts and brings those issues back into the headlines and back to the top of voter concerns.

Pretty slim pickings in this slugfest for foreign-policy wonks. That may align reasonably well with the priorities of most Americans, but it shortchanges a set of issues that, like it or not, are central to the presidency. Shame on the moderators for not having a dedicated national security segment.

Pete Buttigieg’s effort to play gotcha with Sen. Amy Klobuchar for forgetting the Mexican president’s name in a recent interview came off as lame. Slightly more illuminating was both Buttigieg and Joe Biden hitting Bloomberg for suggesting that talk alone, absent a pretty big stick, might persuade China to do more on climate change.

A Wasted Opportunity on Trade

“Support for free trade reaches new high in NBC/WSJ poll,” read an NBC News headline last August. “In the poll, 64 percent of Americans—including majorities of Democrats and Republicans—agree with the statement that free trade is good for America, because it opens up new markets, and the country can’t avoid the fact of a global economy,” the story read.

Given President Trump’s rampant protectionism, this trend presented Democratic presidential candidates an excellent opportunity to seize the political and economic high ground. They failed to use it. A few candidates mentioned their opposition to Trump’s tariffs. That’s good, but not sufficient; candidates need to be talking about negotiating major new trade agreements. The United States is standing still as the rest of the world moves on. Last night’s debate was another missed opportunity.

Moscow and Washington have turned a page from the Trump era.

4 Key Takeaways From the British Report on Russian Interference

The U.K., in contrast to the United States, never sought to establish how much Russia may have interfered with the 2016 Brexit referendum, a parliamentary committee concluded.