Amid the coronavirus crisis, the PLA has been missing in action.

All eyes have been on China as it struggles to contain the coronavirus, which, as of Feb. 26, has infected more than 80,000 people, the vast majority in China itself, and killed at least 2,700 around the world. But there has been one stark absence: the People’s Liberation Army (PLA). That is particularly odd since the PLA has traditionally played a critical role in disaster relief domestically—and has been at the forefront of China’s efforts to establish soft power through humanitarian and medical relief capabilities in recent years. Other countries in the region should take note, particularly if they are counting on China’s humanitarian and medical assistance in times of crisis. 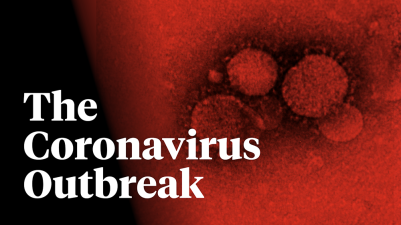 China has invested heavily in a deployable medical assistance capability over the past 15 years with a clear intent of honing the soft power of medical diplomacy. While it has been developing hospital ships since the 1970s and put two in service in 1991, the PLA’s launching in 2007 of the 300-bed hospital ship Peace Ark signaled China’s intent to become a medical and humanitarian assistance powerhouse. As of July 2019, according to China’s State Council Information Office, the Peace Ark had “fulfilled 7 voyages coded as Mission Harmony and visited 43 countries” throughout Asia, Latin America, and Africa. The ship had “provided medical services to the local communities, organized medical exchanges, and helped over 230,000 people.” Additionally, the PLA has conducted medical training and exercises with U.S. allies such as Australia and Germany, including simulating a response to a cholera outbreak. Medical components of the PLA and U.S. forces have also had exchanges out in the field as well as academic discussions.

The PLA has also deployed assets to provide medical assistance following humanitarian crises, including Typhoon Haiyan in the Philippines in 2013, flooding in Sri Lanka in 2018, and the 2014 Ebola outbreak in West Africa. Most notably, China sought to solidify its reputation with its Ebola response and possibly erase memory of its slow responses to the 2002-2003 SARS, the 2009 H1N1, and 2013 H7N9 outbreaks. China sent more than 100 infectious disease experts, constructed an Ebola treatment unit, and offered roughly $115 million in assistance to the Ebola effort. Still, these efforts were modest and smaller even than the assistance offered by the Netherlands, a country whose GDP at the time, according to the World Bank, was around 8 percent the size of China’s.

Yet even on this relatively small scale, for China, the benefits of this soft-power approach can be many. While its trade outreach and endeavors such as the Belt and Road Initiative still generate debates about the long-term implications of economic reliance on China, medical assistance is much less threatening. This softer and more humane outreach saves lives, generates goodwill, and makes the PLA appear an important security partner. More importantly, it makes China a counterweight and potential alternative to the United States, which has had a long history of medical diplomacy and has effectively deployed its own hospital ships, the USNS Comfort and the USNS Mercy, to disasters far and wide. Many countries now take for granted that the U.S. Navy will provide assistance in the wake of humanitarian emergencies.

However, despite this buildup in capability and allegedly positive intentions, the PLA’s failure to respond to the epidemic has proved that it is not up to the task of serving as an international provider of humanitarian and medical aid. In fact, it cannot even adequately provide medical assistance inside its own country. According to news reports, the first PLA medical staff did not arrive in Wuhan, the epicenter of the recent coronavirus outbreak, until Jan. 24, nearly a month after the spread was first reported.

To be sure, the government has since erected additional medical facilities with impressive speed, and the PLA has deployed medics and other personnel to these and regular hospitals throughout the surrounding province of Hubei. But problems mount. Tellingly, since engaging in Hubei, the PLA has had to quarantine around 1,800 of its own soldiers and sailors after possible exposure to the virus. The sluggishness and ineffectiveness of the PLA have raised questions of if the PLA is capable of containing such an outbreak.

By publicizing its additional investments into medical response so heavily, the PLA raised expectations that it would have an effective mechanism for humanitarian or medical crises in its region. That raised expectations for the domestic response. However, the PLA’s response to the coronavirus outbreak shows that these expectations far outstripped reality.

The PLA’s response to the coronavirus outbreak may not be a great referendum on its overall response capabilities. After all, could any country other than perhaps the United States have responded effectively to an emergency of this size? Furthermore, perhaps the muted PLA role is because the Chinese central government has not tapped the PLA as the lead for the response effort, possibly making the cautious calculation to protect the PLA from contagion by limiting its front-line exposure. The PLA has responded more quickly to other recent natural disasters in China. But fair or not, and whether the PLA’s role is due to a lack of capabilities or a political calculation, China has been flexing its muscles and setting the expectation that it can respond to these very medical situations. By all of these measures, the PLA and the central government have failed China’s own citizens. This outbreak has exposed critical weaknesses in both the civilian and military public health systems of China.

How to Prepare for a Coronavirus Lockdown

With outbreaks worldwide, the prospect of quarantine looms. Here are some tips for surviving it.

Failing within your own country is serious enough, especially when the impacts of that failure are felt around the world. But this setback also carries implications for the region’s future. Many countries in Southeast Asia, lacking adequate medical response capabilities of their own, have looked to China and the PLA for timely assistance should an outbreak such as this occur within their own borders. As with U.S. efforts to exercise soft power through humanitarian capabilities, China was busy reassuring its neighbors that it would be there in a time of crisis. As a result, many say privately they now count on China to keep medical emergencies from escalating into full-blown crises. The recent performance of the PLA indicates that their expectations are unjustified.

But the countries of Southeast Asia need not sit idly by just because they can no longer rely on the PLA. There are important steps that they should take, as soon as feasible, to ensure that not all their medical eggs are in the PLA basket. First and foremost, they should invest in regional information-sharing capabilities, with a premium on speed and transparency. The coronavirus outbreak has aptly demonstrated the dire consequences of suppressing or delaying information.

Second, these countries should develop their own regional capabilities, perhaps under the auspices of the Association of Southeast Asian Nations, and pool medical response resources for use in the event of another outbreak or crisis. These countries would likely not have the resources to develop sophisticated capabilities individually. By pooling their money and expertise, they could stretch their funds further while also protecting the entire region.

Most importantly, Southeast Asian countries should learn from China’s mistakes by taking steps to minimize opportunities for infections to jump from animals to humans, address conditions and cultural practices that could allow infections to spread, and foster a strong relationship with the World Health Organization. Finally, in the wake of China’s failure to contain the virus on its own, it seems clear that strong ties with the United States should be maintained. Despite recent political uncertainty, the United States continues to invest in military emergency medical response capabilities and has a strong track record of helping countries in need.

Perhaps the most important lesson from what has happened in China is the need for Southeast Asian countries to manage their own expectations. China and the PLA talk a big game, but when you need them, they may not be there for you.

Elizabeth Phu is the Office of the Secretary of Defense chair and faculty at the National Defense University’s Dwight D. Eisenhower School.

Anish Goel is a senior South Asia fellow at the New America Foundation.

How to Prepare for a Coronavirus Lockdown

With outbreaks worldwide, the prospect of quarantine looms. Here are some tips for surviving it.