While U.S. President Donald Trump was dining at New Delhi’s presidential palace last week, India’s capital witnessed its deadliest communal violence in decades. At least 45 people were killed, most of them Muslims. While Delhi seems to have now calmed down—on the surface, at least—the root causes of the violence remain and could resurface in the coming days and weeks, as Brown University’s Ashutosh Varshney, an expert on Hindu-Muslim violence, said in an interview with FP this week.

The law behind it all. Since India’s parliament passed the controversial Citizenship Amendment Act (CAA) last December, tens of thousands of Indians have joined protests across the country. Opponents describe the law as unconstitutional because it differentiates people on the basis of religion. Put simply, the CAA discriminates against Muslims. When coupled with the proposed National Register of Citizens (NRC), it could eventually render Muslims stateless if they don’t have the paperwork to prove their citizenship. In recent weeks, there have also been marches in favor of the CAA and NRC. It was only a matter of time before the two sets of demonstrators clashed.

Clashes… or a pogrom? Defining interreligious violence as clashes between one group and another creates the impression of a symmetrical fight. While last week’s riots in Delhi may have begun with violence perpetrated by both sides, it certainly didn’t end that way. Varshney said that the “partisanship of the police became clear” on the second and third day of the violence. Hindu mobs “attacked with abandon,” he said, because “the police did not respond to calls for help.”

According to phone logs, the calls for help came mostly from Muslim areas. Based on those facts, Varshney said, the Delhi riots can be classified as the beginning of a pogrom—a class of violence in which the police side with one group by looking away or by participating in the violence. Put more bluntly: The state was complicit in the Delhi riots, in which the victims were mostly Muslim.

What’s next? Varshney’s classification of Delhi’s violence as a pogrom suggests dire ramifications: The riots could breed further impunity among Hindu mobs. States run by Prime Minister Narendra Modi’s Bharatiya Janata Party—including Uttar Pradesh, the country’s largest state, but also Gujarat and Karnataka—should be seen as potential flash points. The police in those states may also toe a partisan line and turn a blind eye when majority Hindu groups turn on minority Muslims.

Delhi’s violence may have ended, but for the rest of India things could easily get worse.

Afghan peace deal fallout. At least three people were killed in a blast in Afghanistan’s Khost province on Monday, less than 72 hours after the United States and the Taliban signed a deal in Doha, Qatar, aimed at bringing peace to Afghanistan. The Taliban have denied responsibility for the blast but said they plan to resume fighting against Afghan forces. On Monday, Gen. Mark Milley, the chairman of the U.S. Joint Chiefs of Staff, said, “I would caution everybody to think that there’s going to be an absolute cessation of violence in Afghanistan. That is probably not going to happen.” There could be an increase in violence once winter ends, Anchal Vohra reports for FP.

Sri Lanka’s parliament dissolved. Sri Lankan President Gotabaya Rajapaksa has called legislative elections six months early, dissolving the 225-seat parliament before the end of its five-year term. The country’s opposition holds a majority in parliament. Rajapaksa, who was elected last November, is likely betting his party can improve its fortunes during a campaign that coincides with the first anniversary of the country’s deadly Easter Sunday bombings, in which more than 250 people were killed.

The coronavirus crisis. Pakistan has reported its fifth coronavirus case, making it the South Asian country worst affected by the disease so far. Most of Pakistan’s cases involve patients who have traveled to Iran, which is grappling with a serious outbreak. The Pakistani province of Balochistan, which borders Iran, has ordered schools closed, as has the larger province of Sindh—home to the country’s financial capital, Karachi.

South Asia’s countries have yet to report a large number of coronavirus cases, as shown below. But it is possible that more cases exist and simply haven’t been detected.

The Indian state of Andhra Pradesh has proposed creating three capital cities within the state: separate executive, judicial, and legislative centers that could serve as a model for equal development. The idea is not without precedent. Which of these countries has a similar system with three capitals?

Apple eyes India. While China has more than 40 official Apple stores, India still has none. That could soon change. In an interview with Fox Business on Monday, Apple CEO Tim Cook said that the Trump administration had worked with Indian authorities to gain an exception for Apple on retail rules that require sellers to have local partners. “We want to maintain control of our brand,” Cook said. “We are very, very positive on entering in online this year and in retail next year.”

Onion crisis ends. India will begin exporting onions again on March 15, after a five-month ban and a bumper crop this year. The country halted onion exports last September after excessive rain resulted in a reduced harvest. The move will have ripple effects across South Asia. Bangladesh, which imports 1 million tons of onions—mainly from India—annually, saw steep falls in market prices of the vegetable after the announcement. 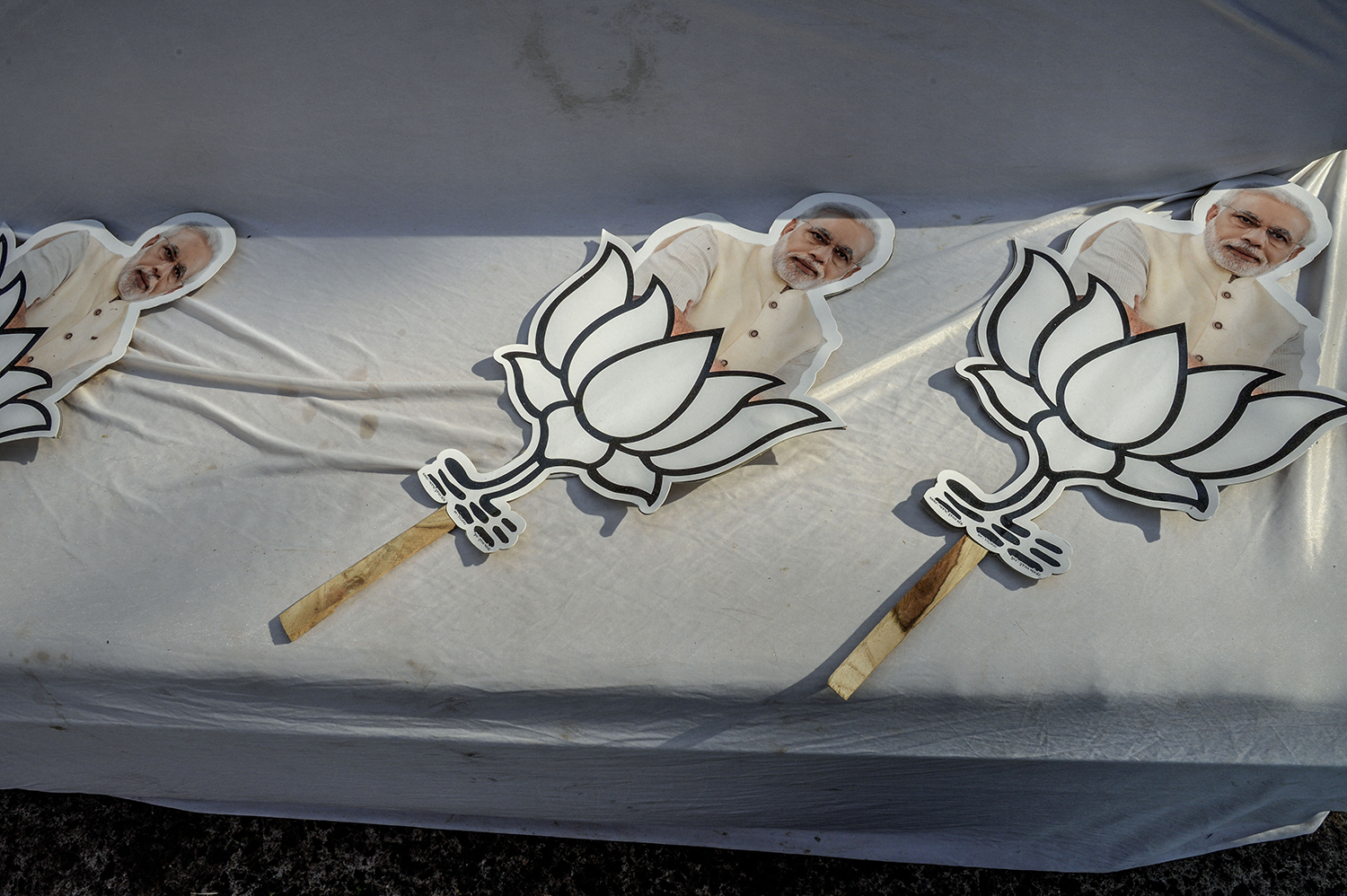 Cutouts of Indian Prime Minister Narendra Modi are seen at a public rally in Ahmedabad, India, on May 26, 2019.

Cutouts of Indian Prime Minister Narendra Modi are seen at a public rally in Ahmedabad, India, on May 26, 2019.Atul Loke/Getty Images

Is Modi ditching social media? On Monday, Modi posted a mysterious tweet: “This Sunday, thinking of giving up my social media accounts on Facebook, Twitter, Instagram, and YouTube. Will keep you all posted.” The message caused a bit of a social media storm: After all, the prime minister has more than 53 million followers, making his the 18th-most-followed account in the world. (Former U.S. President Barack Obama ranks first with 113 million, while Trump ranks ninth with 73 million.)

But a day later, Modi clarified that he was only handing over control of his accounts to women for a single day, on Sunday—which happens to be International Women’s Day. It’s a worthy cause, but Modi could probably do much more: India ranks 112th out of 153 countries on the World Economic Forum’s Global Gender Gap Index.

While Pretoria is the country’s administrative capital, the judiciary is headquartered in Bloemfontein, and South Africa’s Parliament meets in Cape Town.

An era of once-undreamt-of progress is over—and you won’t like what comes next.