What Does Beijing Believe About the Coronavirus?

China wants to convince the world that things are getting back to normal. But it’s also tacitly endorsing conspiracy theories.

Welcome to Foreign Policy’s weekly China Brief. The highlights this week: China’s government says things are getting back to normal, but Beijing’s coronavirus lockdown is tightening, South Korea’s outbreak is now the worst beyond mainland China, and questions remain about the number of asymptomatic cases.

What to Make of China’s Virus Messaging

Welcome to Foreign Policy’s weekly China Brief. The highlights this week: China’s government says things are getting back to normal, but Beijing’s coronavirus lockdown is tightening, South Korea’s outbreak is now the worst beyond mainland China, and questions remain about the number of asymptomatic cases.

What to Make of China’s Virus Messaging

As the coronavirus spreads globally, China is keen to convince the world that things are getting back to normal within its borders. But the message that all is well is undercut by the tightening lockdown in Beijing, where streets remain empty and many offices and factories are required to have no more than 30 percent of their employees physically at work at any given time. For Chinese officials, protecting the party leadership from infection is clearly the highest priority. Deaths in Beijing appear to matter more than deaths elsewhere, so the response there is a telling vision of what the government really believes about the virus.

The economic outlook in China remains dire. The services sector may be hit just as hard as manufacturing, with new data showing an all-time low in consumer confidence. The figures look very bad, especially considering that long delay times caused by inactivity are still factored into the index as a sign of positive growth—usually, delays are the result of busy factories. There is little sign of recovery yet, and migrant workers are still stranded and unlikely to return to work anytime soon.

Data faking. The government pressure to show that business activity is resuming has produced surreal scenes, with some local officials ordering factories to turn on machines to make it look like production is taking place and reporting fictitious data to top officials. Such distortion is a part of the Chinese system that the central government is well aware of but finds hard to fight. What’s critical: Similar distortions are likely taking place with the coronavirus epidemic data itself.

Propaganda push. The Chinese government has shifted toward tacitly endorsing conspiracy theories that blame the United States for the coronavirus. On Monday, I wrote about the theories being circulated—not censored—on social media. Today, the Ministry of Foreign Affairs spokesperson Zhao Lijian said during a press conference that though the first cases were detected in China, it’s not clear that the virus originated in China.

China wants to promote itself as the savior—not the cause—of the virus. It is even looking to fund an alternative to the World Health Organization to push that idea.

Mapping the coronavirus outbreak: Follow our daily updates on the epidemic and how it is affecting countries around the world here. 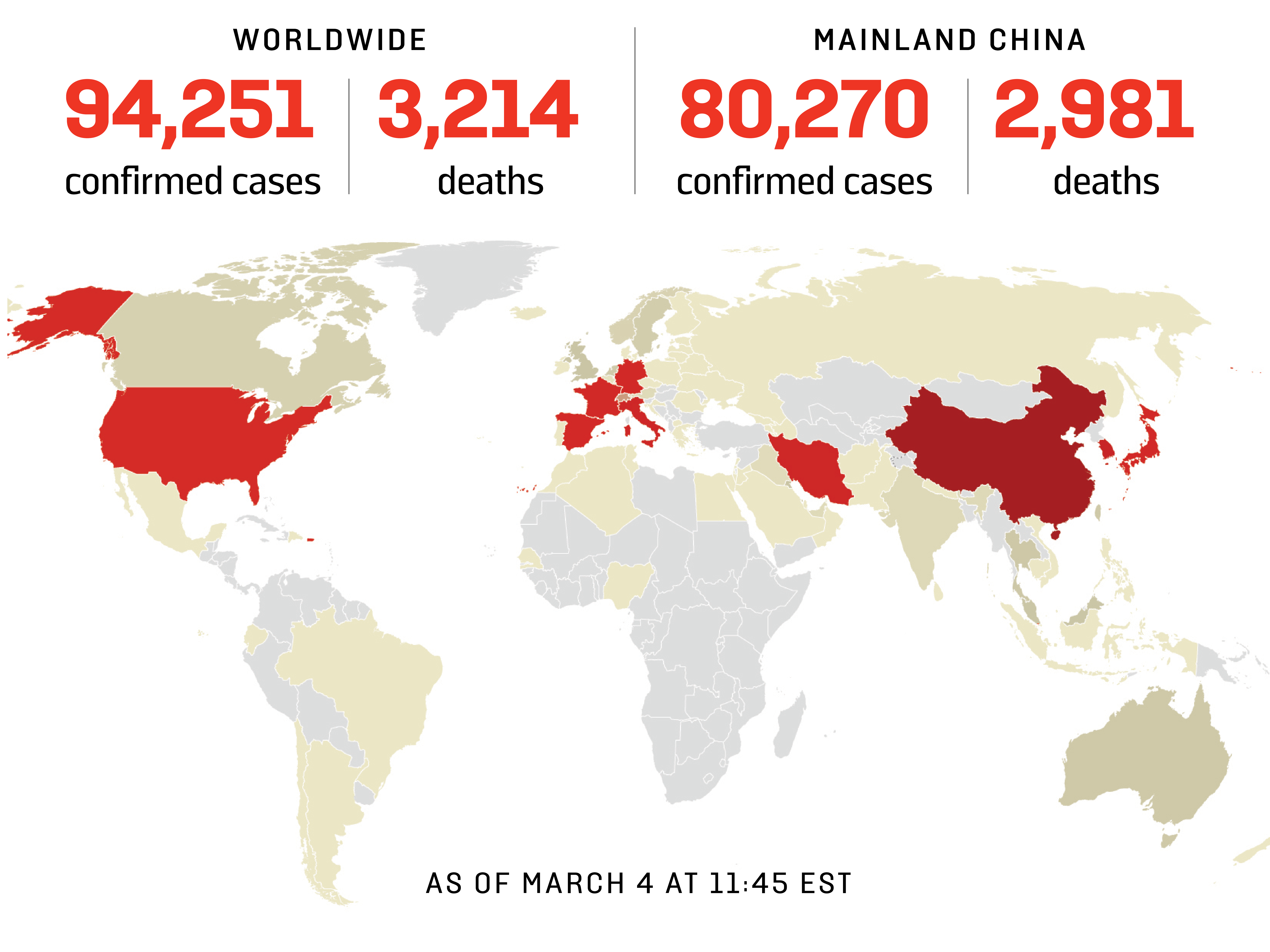 South Korean outbreak grows. With over 5,000 coronavirus cases, South Korea is officially the hardest-hit country outside of mainland China. But its government is trying a very different approach, relying on civil society and voluntary cooperation instead of lockdowns. South Korea has deployed state power against members of the religious cult at the center of the outbreak to get them to hand over information. South Korea’s data is far more transparent than China’s, making it difficult to compare the two cases.

How many asymptomatic cases are there? China’s official figures leave a major unanswered question: How many asymptomatic cases of the virus are there, and is the country recording them properly? Asymptomatic patients are not included in the tally of cases, and the Chinese government claims that they are only 1.5 percent of total infections. But figures from Japan and South Korea suggest the real figure may be closer to between 10 and 20 percent, and data obtained by the media outlet Caixin suggests that Chinese provinces are fixing the real figures.

Why aren’t migrant workers returning to work? China’s quarantine measures have put anyone who travels under the eye of the state, which is the last place the average rural worker—often without official ID—wants to be. For those migrating for factory work, the risks are increased: It is difficult to find accommodation, there is chance of being quarantined for weeks without income, and health care access is limited. Plus, the crowded living conditions for most workers are like a petri dish. It’s no wonder people are staying in the villages.

A decline in enrollment. U.S. colleges have relied on income from Chinese students for decades. But with U.S. visas harder to come by and the coronavirus restricting travel, continued enrollment is looking shaky. The number of Chinese students in the United States was falling before the virus. The outbreak has already resulted in some courses that aimed at mainlanders being slashed entirely.

Digital quarantine. China has rolled out a color-coded quarantine system across the country, with citizens’ movements now restricted by an opaque algorithm and shared between the government and the e-commerce giant Alibaba. This type of system could end up staying in place and being used for other purposes beyond the virus outbreak. As the United States showed after 9/11, governments are reluctant to roll back security measures once enforced. But China’s new measures could be full of errors, as Yuan Yang reports for the Financial Times.

Airline impacts. China’s shady Hainan Airlines, already facing financial difficulties, has been taken over by a special government group amid the coronavirus outbreak. Hainan is likely the first of many: China has had a recent air travel boom, and airlines are the primary victims of travel fears. The virus is already hitting the global industry, with bookings falling sharply worldwide last week following a downturn in Asia.

Real estate plummets. Since Wuhan’s quarantine began on Jan. 23, home sales in China have plummeted by 90 percent compared with the same time last year. Nobody is moving house, nobody is looking for new office space, and nothing is being built. That’s a big problem, because every Chinese company of scale is really a real estate company: Firms from airlines to film studios tie up their wealth in property. 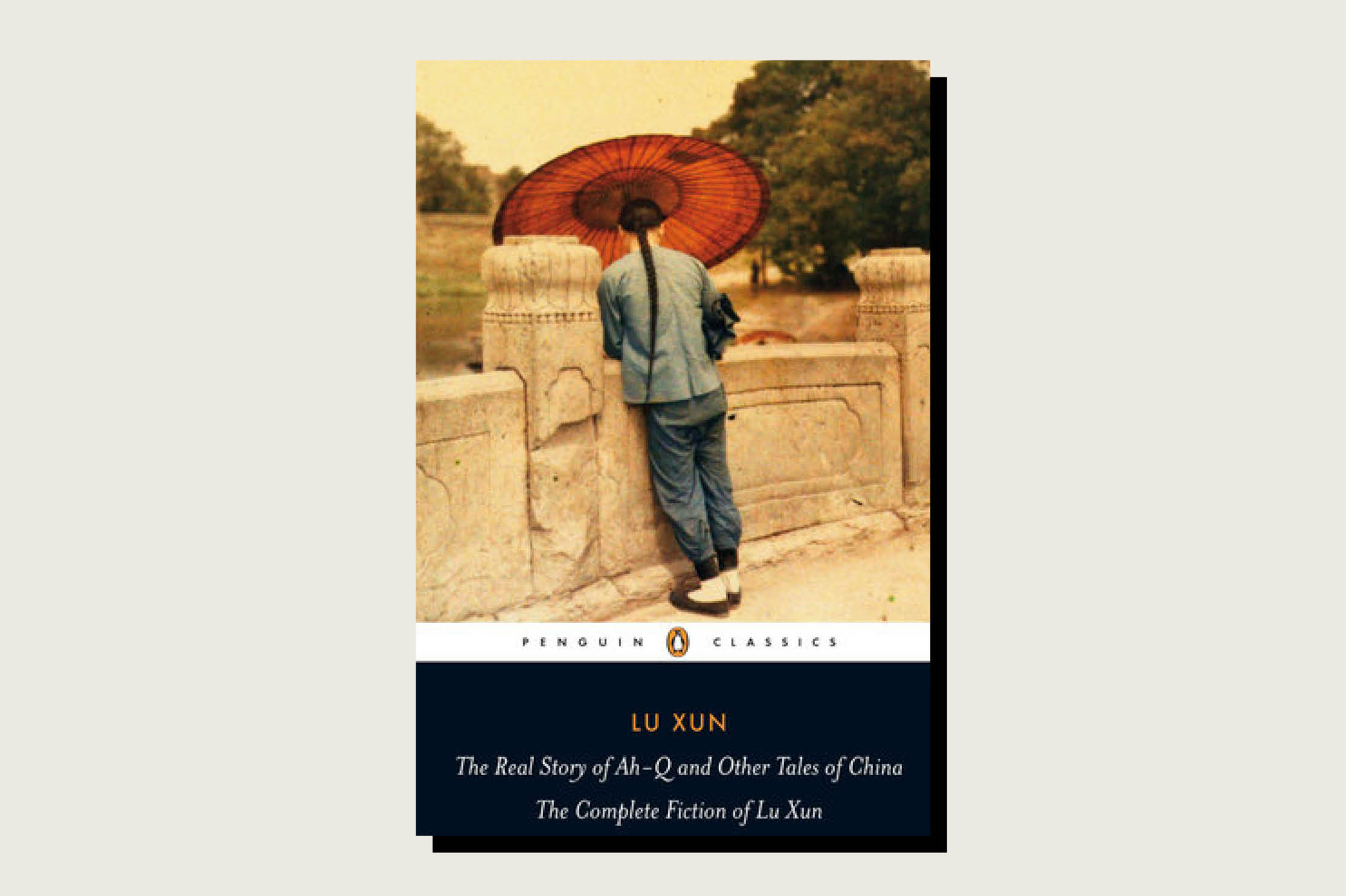 This short story is a taste of the past from the man often considered China’s greatest 20th-century writer, the reform-minded cynic and doctor Lu Xun. Illness and its treatment is a recurring theme in his work. “Medicine” is about a couple seeking a cure for their son, who has tuberculosis, in an executed revolutionary’s blood. The story was published in 1919—at the height of the Spanish flu outbreak that cost 20 million lives worldwide, including millions in China. Read it in Julia Lovell’s complete translation of Lu’s work.

NEW FOR SUBSCRIBERS: Want to read more on this topic or region? Click + to receive email alerts when new stories are published on Politics, Health, China, East Asia