Airstrikes against Taliban forces threaten to undermine a pact that may be already coming apart.

KABUL—The fragile peace deal between the United States and the Taliban appeared to hang in the balance Wednesday as the U.S. Defense Department announced its first airstrike against Taliban forces in 11 days and bitter disagreements between the radical Islamist movement and the Afghan government, as well as internal divisions in Kabul, threatened to nullify the pact.

People throughout the nation were holding their breath, caught in a limbo between fear and hope, as new violence erupted in a country long torn by civil war. Both U.S. and Afghan officials suggested that the Taliban were violating the pact despite an unprecedented telephone call between U.S. President Donald Trump and Taliban political leader Mullah Abdul Ghani Baradar on Tuesday, after which Trump said the two had agreed there would be “no violence.”

In a series of tweets, Col. Sonny Leggett, the spokesman for U.S. forces in Afghanistan, said the Taliban had conducted 43 attacks against Afghan national forces on Tuesday alone. In response, he said: “The US conducted an airstrike on March 4 against Taliban fighters in Nahr-e Saraj, Helmand, who were actively attacking an #ANDSF [Afghan National Defense and Security Forces] checkpoint. This was a defensive strike to disrupt the attack. This was our 1st strike against the Taliban in 11 days.”

Meanwhile Afghan President Ashraf Ghani, his own future in dispute not only because of the Taliban, who want an interim government established, but because of a challenge from his election rival, Abdullah Abdullah, has cast doubt on the deal. The pact, which was signed by Baradar and U.S. Special Representative Zalmay Khalilzad on Feb. 29, stated that the United States would “work with all relevant sides on a plan to expeditiously release” Taliban prisoners, with the release date determined ahead of March 10, the planned beginning of direct talks between the Taliban and the Afghan government. But Ghani said there was “no commitment” to freeing the prisoners.

Taliban spokesperson Zabihullah Mujahid said in a tweet on Monday that the deal will not go ahead unless the prisoners were released. An estimated 10,000 captured Taliban members are being held in Afghanistan, and around 5,000 Taliban prisoners were to be released in exchange for 1,000 political prisoners from the government’s side. 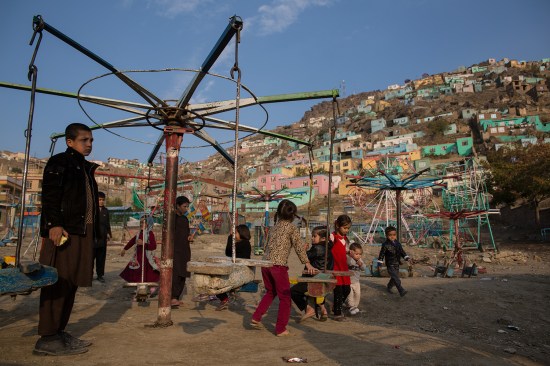 Trump said that 5,000 U.S. troops would leave Afghanistan by May and he was ready to meet Taliban leaders in the near future.

But as a result of the impasse, some observers believe the scheduled date for “intra-Afghan dialogue,” as the agreement terms it, will be pushed back. “The prisoner exchange issue could delay intra-Afghan talks,” Shaharzad Akbar, the chairperson of Afghanistan’s Independent Human Rights Commission, told Foreign Policy.

“It is surprising that there wasn’t a full understanding on this issue between the U.S. and Afghan governments prior to finalizing the U.S.-Taliban deal. This illustrates the difficulty and messiness of this process and the remaining ambiguity regarding the real and expected role of different actors at each stage.”

The Taliban—who don’t recognize the Afghan government’s legitimacy—have since declared they will again take up weapons against Kabul (while refraining from attacking U.S. forces and targets) after a weeklong reduction of violence that had been expected to continue, with Ghani declaring that the objective was to “turn it into a cease-fire.”

On Tuesday, while visiting Afghanistan’s eastern Nangarhar province, Ghani once again addressed the Taliban, saying that killing other Afghans is a crime. “You have made peace with the foreigners, so what does your jihad mean now?” he asked. But Taliban officials say their “jihad” will continue.

The Afghan National Defense and Security Forces said they were ready to “respond forcefully” to possible Taliban attacks. Scores of people have been killed since the signing of the deal, with the Afghan National Army reporting at least 16 soldiers killed in the northern province of Kunduz.

Austin Scott Miller, the senior U.S. general in Afghanistan, said in a statement Monday that the reduction in violence ahead of the deal signing was intended as a confidence-builder. “We’re very serious about our obligations and we expect the Taliban will be serious about their obligations. The United States has been very clear … the violence must remain low,” Miller said.

Afghans throughout the country are voicing their usual tense mixture of hope and fear. “The U.S. troops leaving worries me,” said Zarifa Ghafari, the mayor of Maidan Shahr, the capital of Wardak, a province with large parts occupied by the Taliban. She said she didn’t feel optimistic about the group’s possible integration into the government.

“The Taliban are still a group of terrorists. Giving them a chance to come back, on top of American soldiers leaving within 14 months is not good news. I hope the international community will protect the future as well as social, economical, and political progress in Afghanistan. As a woman, I am looking at a dark future with the Taliban in power.” 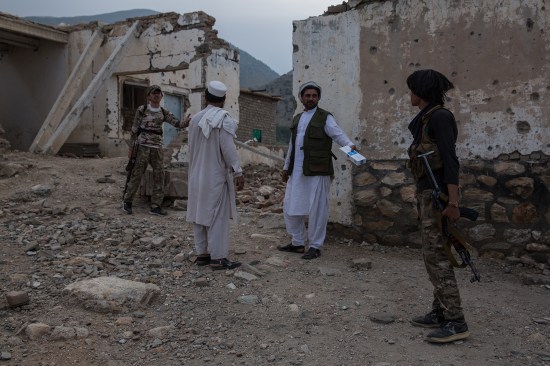 Ghafari’s concern is echoed by many Afghan women. While the atmosphere in Kabul had been relaxed and hopeful during the week of reduced violence, the situation has tensed up, with many people swaying between hope and worry, frustrated that violence has resumed across the country.

“The resumption of violence by the Taliban is concerning and not conducive to the atmosphere of upcoming talks, but it is also not surprising,” said Andrew Watkins, an analyst at the International Crisis Group. “As an insurgent movement, the group draws most of its political leverage from the threat and use of violence.”

Afghanistan’s war has been deadly. In the last year alone, over 10,000 civilian casualties were recorded by the United Nations, including at least 3,403 civilians killed. Since the start of the U.S.-led invasion in 2001, more than 3,500 U.S. and coalition troops have been killed.

Saturday’s deal has been seen as a beginning to the end of America’s longest war in history, and both the Taliban and the United States say they remain committed to it. Afghanistan’s government, that hasn’t yet been part of the negotiations has described the deal as “an important step in the peace process.”

Although the disputes over the prisoner exchange and the government’s divisions could potentially delay the start of intra-Afghan negotiations, the International Crisis Group’s Watkins said he was still confident that the deal will hold.

“It doesn’t seem as if it’s already breaking down,” he said. “Even historically successful peace processes have been full of misunderstandings.”