How Will South Asia Deal With the Coronavirus?

The number of cases is likely far higher than the reported data. The question now is how far COVID-19 will spread and what its impact will be.

Welcome to Foreign Policy’s weekly South Asia Brief. The highlights this week: Coronavirus cases rise across the region, Afghanistan’s president is sworn in, and why there’s a run on India’s fifth-biggest private bank.

Welcome to Foreign Policy’s weekly South Asia Brief. The highlights this week: Coronavirus cases rise across the region, Afghanistan’s president is sworn in, and why there’s a run on India’s fifth-biggest private bank.

2020 was already going badly for most South Asian countries. Growth was slowing across the region, Afghanistan was mired in political uncertainty, and communal violence had rocked India. Now the region is bracing for the spread of COVID-19, which could further depress economic activity, damage supply chains, and stress already weak public health systems.

Steady rise. The latest numbers show a pronounced jump in the number of confirmed cases of the new coronavirus across the region since this time last week, from 13 to 92. India has the most, with 56 cases. Experts say that an epidemic there is likely, given a shortage of testing kits and poor reporting practices because of low literacy rates and weak health care infrastructure. If the experience of countries such as Italy is anything to go by, things will get worse before they get better.

Magical remedies? Misinformation makes crises worse, and flawed guidance is particularly dangerous during a potential pandemic, as India shows. There, some legislators have falsely claimed that cow urine and cow dung could combat the coronavirus—part of an ongoing trend to promote Hindu nationalist pseudoscience, as Bhavya Dore reports for FP.

Meanwhile social media platforms, particularly WhatsApp, have been a hotbed of hokum home remedies and incorrect advisories. In a sense, most South Asian countries have the perfect storm for a mass outbreak: high population density, generally poor hygiene practices, and large numbers of people on the internet but without high degrees of digital literacy.

Economic impacts. Even if South Asia still has relatively few coronavirus cases, the region is already feeling the economic repercussions. India sources 70 percent of its pharmaceutical ingredients and a quarter of its car parts from China, according to the Financial Times. Chinese smartphones—the top sellers in India—are reportedly selling out as stores run out of supplies. And it comes as India was already reeling from its slowest pace of growth in years.

If there’s one small fiscal consolation, South Asia’s economies are all net importers of energy, and a sharp drop in crude oil prices may be beneficial. A $20 fall in the price of crude saves India annual import costs worth as much as 1 percent of its GDP.

Mapping the coronavirus outbreak: Follow our daily updates on the epidemic and how it is affecting countries around the world here.

Afghanistan’s new president(s). Ashraf Ghani was sworn in for a second term as Afghanistan’s president on Monday. But rival politician Abdullah Abdullah, who refuses to recognize last September’s election results, staged his own unofficial swearing-in ceremony. If that wasn’t enough chaos, Ghani’s official ceremony was interrupted by a rocket attack that hit the edge of the presidential palace compound. There were no casualties.

Women’s Day in Islamabad. A peaceful march in support of International Women’s Day in Pakistan’s capital was met with a counterdemonstration by Islamists from the Red Mosque brigade, who pelted marchers with sticks and stones, on Sunday. Marches in other Pakistani cities remained peaceful, Reuters reports.

On March 17, a South Asian country will mark the centenary of the birth of its founding father. Which leader is being honored?

Run on Yes Bank. Panicked customers of the private Indian bank Yes Bank are lining up at ATMs and branches to withdraw money after the country’s central bank took over the troubled lender. On Sunday, detectives arrested CEO Rana Kapoor on claims he laundered $581 million. Yes Bank was India’s fifth-biggest private bank.

Name-calling. Last Sunday, the comedian John Oliver took on the Indian TV anchor Arnab Goswami, who called him an “ignoramus of exceedingly global proportions” and a “third-rate TV host.” Why? The pro-government Goswami was criticizing Oliver for a segment on his show Last Week Tonight about communal tensions in India. Oliver’s segment didn’t air on Disney-owned streaming service Hotstar—likely because it feared government reprisals. 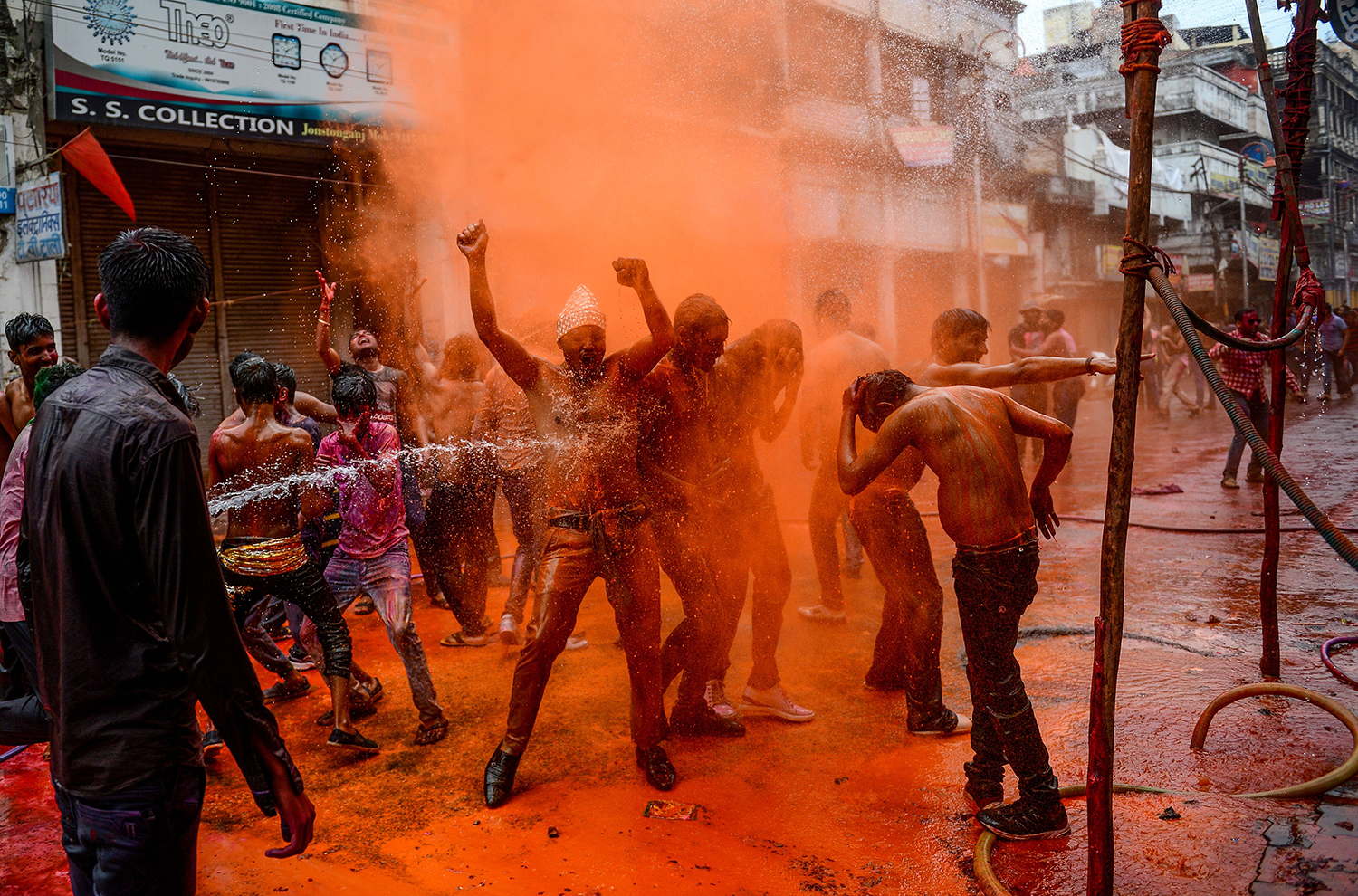 People dance as they celebrate Holi, the spring festival of colors, in Allahabad, India on March 10.

People dance as they celebrate Holi, the spring festival of colors, in Allahabad, India on March 10.SANJAY KANOJIA/AFP via Getty Images

Holi in the time of coronavirus. Indians are celebrating Holi, the festival of colors, in a muted fashion this year given fears about COVID-19. But in Mumbai, some communities at least found a novel way to take out their frustrations: In a festival that usually depicts the victory of good over evil, devotees burned an effigy representing the coronavirus.

Mujib served as Bangladesh’s first president. He was assassinated in 1975. Indian Prime Minister Narendra Modi was due to attend a celebration in Mujib’s honor next week but was forced to cancel the visit after Dhaka confirmed cases of the coronavirus.

NEW FOR SUBSCRIBERS: Want to read more on this topic or region? Click + to receive email alerts when new stories are published on Economics, Health, South Asia

Nepal’s Ruling Coalition Has the Edge in Elections

Pakistani Taliban Go to War While People March for Peace

Qatar World Cup: Switzerland vs. Serbia Match Is Really All About Kosovo

Nepal’s Ruling Coalition Has the Edge in Elections

The Nepali Congress party looks set to hang onto power when final results come in next week.

Leading the bloc gives New Delhi an opportunity to show what it can do on the global stage.