Trump’s War on the Concept of Women’s Health

The United States has joined with a group of authoritarian countries in opposing not just abortion, but also basic medical vocabulary that applies to women.

One of the signature marks of U.S. President Donald Trump’s foreign policy has been deepening cooperation with authoritarian countries. Among the starkest expressions of that trend has been Washington’s new alliance with some of the world’s worst violators of women’s rights (including Saudi Arabia, Libya, Sudan, and the Democratic Republic of the Congo, among others) to combat a seemingly innocuous bit of medical vocabulary—namely, “sexual and reproductive health.”

Last September, U.S. Secretary of Health and Human Services Alex Azar read a statement on behalf of this new U.S.-led coalition before the United Nations General Assembly condemning that phrase, and others like it, as “ambiguous terms and expressions” that can “undermine the critical role of the family and promote practices, like abortion, in circumstances that do not enjoy international consensus and which can be misinterpreted by U.N. agencies.” Notably, of the 20 other signatories, only two, Brazil and Poland, are consolidated democracies (and even they are slipping into authoritarianism). 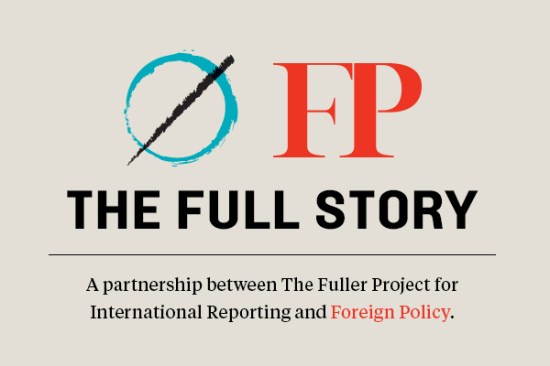 The concept of sexual and reproductive health and rights emerged in the mid-1990s. Up until then, global health organizations had been working on the Malthusian assumption that population would outgrow the food supply, and they thus focused almost exclusively on family planning as a means of population control. That paradigm eventually drew the ire of women’s rights groups for ignoring the individual needs and desires of women, prompting a shift toward a more expansive definition of reproductive health—one that included things like access to contraception and abortion, maternal health, safe sex, and prevention of female genital mutilation and sexual violence. Today, the World Health Organization defines reproductive health as “a state of complete physical, mental and social wellbeing in all matters relating to the reproductive system.”

The United States is the largest funder of these services, giving between $400 million and $600 million annually. Ninety-five percent of that goes directly to implementing partners in recipient countries and, historically, 5 percent has been channeled through the United Nations Population Fund, the U.N.’s sexual and reproductive health agency (which the United States helped create). Like Republican administrations before his, Trump’s Department of State discontinued support for the agency, claiming it “participates in the management of a program of coercive abortion or involuntary sterilization.” It has also proposed drastic cuts to funding for sexual and reproductive health for fiscal year 2020. The Trump administration also reinstated and dramatically expanded the Mexico City policy, which opponents refer to as the “global gag rule.” The policy prohibits foreign nongovernmental organizations from receiving U.S. funding if they “perform or actively promote abortion as a method of family planning.”

Global restrictions on abortion have been implemented to varying degrees by conservative administrations from Ronald Reagan to George W. Bush, but Trump’s cuts to sexual and reproductive health go deeper and are farther-reaching than ever before. Egged on by the religious anti-abortion groups that form a core part of his base, Trump has employed a version of the Mexico City policy that extends not just to the $500 million or so in U.S. funds for family planning, but to all of the United States’ roughly $10 billion in global health assistance. Trump isn’t just going after abortion. He’s going after what conservative religious groups decry as a broader feminist takeover of global health.

The results of these policies are already bearing out. In 2018, the HIV/AIDS research nonprofit amfAR conducted a survey of partners in 45 countries for the President’s Emergency Plan for AIDS Relief to see how they were responding to U.S. restrictions. The most common response (42 percent) was that organizations provided less information on sexual and reproductive health, which included cuts to pregnancy counseling.

“One of the realities of global health delivery is that you may only have one organization who’s serving huge swathes of the population.”

“One of the realities of global health delivery is that you may only have one organization who’s serving huge swathes of the population,” said Jennifer Sherwood, the public policy manager at amfAR. “If you had a Planned Parenthood affiliate close down, they were certainly not only providing contraception, but they were providing HIV testing, vaccines, mother and child health services, circumcisions, and all sorts of things like that. So if you have a full clinic closure or even a reduction in their ability to do mobile outreach, you are really seeing cuts to all these different kinds of services.”

That’s a dangerous step backward for young women and girls, for whom sexual and reproductive health programming is a critical tool to learn not just about family planning, but also about safe pregnancy, sexual violence, prevention of sexually transmitted diseases, and more. These are things that inevitably lead to women being more socially and economically empowered, a fact that may help explain why the United States was joined in its coalition almost exclusively by states that treat women as second-class citizens and generally resist calls for gender equality. Gender equality is a fundamental principle of sexual and reproductive health and rights.

That the United States has planted its flag so firmly in their camp is an ominous sign for the world’s women and girls, who, despite recent progress, continue to face an onslaught of preventable health threats.

In the developing world, at least 10 million unintended pregnancies occur each year among girls and young women aged 15 to 19 years old, and complications from pregnancy and childbirth are the leading cause of death for those in this age group globally. Worldwide, an estimated 15 million adolescent girls and women aged 15 to 19 have experienced forced sex at some point in their life. One in six women alive today were married as children. In sub-Saharan Africa, seven in 10 young women do not have comprehensive knowledge about HIV, yet adolescent girls and young women are among the hardest hit by the disease. They represent 10 percent of the population in that region but 20 percent of all new HIV infections. In 2017, HIV was among the top five causes of death globally for girls aged 10 to 14 years old.

U.S. diplomats team up with a “rogues’ gallery” of conservative states to roll back global reproductive health gains of the past quarter-century.

Efforts to combat HIV, which represent about 60 percent of all U.S. global health assistance, had been exempt from previous rollbacks of assistance to reproductive health programs. The Trump administration’s more expansive approach threatens to worsen the spread of that virus. In his recent State of the Union address, Trump vowed to “eradicate the AIDS epidemic in America by the end of this decade,” a goal shared by the United Nations. But the previous executive director of the Joint United Nations Programme on HIV/AIDS, Michel Sidibé, warned last year that “services for adolescent girls and young women are especially failing to reach those who are falling the furthest behind.” Cuts to sexual and reproductive health programming are likely making things worse.

“There is sort of this fracturing of the civil society organizations among those who continue to receive U.S. money versus those who don’t.”

“There is sort of this fracturing of the civil society organizations among those who continue to receive U.S. money versus those who don’t,” said Sherwood, although she also noted that this fracturing may be precisely the point for the Trump administration. “Its intention is to sever referral networks specifically for abortion,” she said. “But of course, that’s not how global health works. If you sever the relationship between two organizations in relation to abortion, you’re also separating referral pathways to all those other services that a person might need.”

After Azar’s statement last September, the minister for foreign trade and development of the Netherlands, Sigrid Kaag, issued one of her own. This one was signed by 58 countries, including the United Kingdom, France, Spain, Germany, Mexico, South Africa, Tunisia, and Australia. It said, “Investing in comprehensive sexual and reproductive health services … is necessary to address the needs of women, girls, adolescents, and people in the most marginalized situations who need these the most.”

The message from fellow donor countries was clear. They will continue to support sexual and reproductive health and rights, even if the United States and its newly minted coalition of largely authoritarian states do not.

Rikha Sharma Rani is a freelance writer based in the Bay area.

U.S. diplomats team up with a “rogues’ gallery” of conservative states to roll back global reproductive health gains of the past quarter-century.