Amid Darkness, There Is Still Hope in the Middle East

A rare book treats the region’s residents as empowered individuals who can shape their collective future, rather than portraying them as geopolitical pawns.

When it comes to writings on the Middle East, books tend to fall into two broad categories. There are those that depict the peoples of the region as mere pawns on a geopolitical chessboard—and deprive them of agency in order to further the author’s ideological agenda, career prospects, or both. And there are books written with nuance and understanding by authors who seek to give voice to the people living through tumultuous events.

Kim Ghattas’s book Black Wave: Saudi Arabia, Iran, and the Forty-Year Rivalry That Unraveled Culture, Religion, and Collective Memory in the Middle East is an example of the latter. For two decades, Ghattas has covered and analyzed the region for such institutions as the BBC, the Financial Times, and the Carnegie Endowment for International Peace. Ghattas makes some bold claims, linking much of the turmoil of recent history to three key events in 1979 that would come to define the trajectory of much of the region.

The first is the 1979 Iranian revolution, which overthrew the pro-Western autocratic ruler of Iran, Shah Mohammad Reza Pahlavi, setting in motion events that would later put the Shiite cleric Ruhollah Khomeini in power. The second was an attack on the Holy Ka’aba in Mecca, which led to a series of reactionary decisions by the Saudi Arabian monarchy that would indelibly affect many people far beyond the kingdom’s borders. And the final event was the Soviet invasion of Afghanistan and the widely popular jihad waged by Afghani freedom fighters and their allies, including the United States. 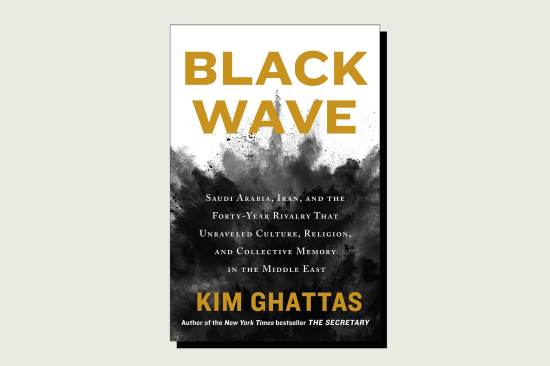 The three events were not directly connected, but they had an impact on one another and the world in unpredictable ways. They unleashed what would later become al Qaeda, stoked sectarianism, and contributed to how the Arab Spring uprisings in 2011 would unfold. Ghattas successfully draws our attention to the links among these events and the people affected by them.

Through those stories, she demonstrates how novel interpretations of religion have been instrumentalized for partisan political ends and have been used—and abused—domestically, as well as regionally, with the most vulnerable paying the price. Her narratives show how dictatorial rule by both religious and irreligious autocrats has caused destruction and damage.

Beyond Ghattas’s many arguments that could give rise to pessimism, there is another, more important—and more valuable—element to her book, which gives readers a sense of hope. After all, history doesn’t lend itself to easy answers when it comes to big questions. There are many variables and factors that need to be taken into account. And in historical terms, 40 years isn’t even a blip; it will probably be another century before anyone can conclusively decide that the events of 1979 led to this or that.

It might seem like an obvious thing to expect—that writers on a region actually care deeply about the region and its peoples. But over the course of my own career, I’ve learned not to take that for granted at all.

On the contrary, all too often, people in the wider Arab world are treated as pawns while governments and experts in the West prioritize narrow parochial interests. It’s why there is so often deep-rooted support for autocrats and dictators in Western capitals: not because Americans or Brits want them to oppress their own people, but because they don’t really care—as long as business continues as usual.

It’s a frame that Ghattas completely rejects. She’s been deeply embedded in Western institutions throughout her career—and thus she is aware of and engaged with this discourse. There’s no doubt, however, that Ghattas, as she’s writing, is involved in this personally. She’s half Dutch—and thus a Westerner, too—but she’s also very much an Arab. Her analysis is informed and grounded, and therefore her arguments ought to be taken seriously. Ghattas has skin in the game unlike so many others commenting on the region.

If there is a weakness in this impressive book, it is when it touches on a few matters of faith. Ghattas, as someone who does not specialize in religious studies, sometimes makes comments that scholars of religion might want to adjust slightly—such as her discussion of how the Sunni-Shiite split began historically, which isn’t described by most scholars as a divide between consensus-chosen caliphs and spiritually-ordained imams.

But Ghattas is by no means a willful misinterpreter of the complexities of religion in the region, nor is the work meant to be a book on Islam. As she notes, “Although this is neither a work of historical scholarship nor an academic study, it is more than a reported narrative: I dug deep into archives, pored over thousands of newspapers, interviewed dozens of people, and built a virtual library of the history of those four decades.” Perhaps her most poignant declarations about religion are contained in the Sudanese poem she cites in her conclusion:

By citing this poem, Ghattas makes clear that she holds no water for those who criticize Islam for being Islam or Muslims for being Muslim. In Black Wave, there is none of the subtle Islamophobia one can find in other books trying to treat this period in history—and none of the blithe questions about, “Where are the Muslims and Arabs speaking out against extremism and terrorism?” Ghattas pushes back against that kind of discourse, declaring, “It is deeply troubling to expect that all Muslims should apologize or take responsibility for a minuscule fraction of those who share their faith.”

Ghattas correctly notes that many Muslims were fighting intolerance and its violent manifestations within their own countries long before anyone in the West even thought to pose the question.

Indeed, she correctly notes that many Muslims were fighting intolerance and its violent manifestations within their own countries long before anyone in the West even thought to pose the question. Too many progressive minds in the Middle East and South Asia have been left to fend for themselves for decades, as they and their countries were bludgeoned by forces of darkness, such as Muhammad Zia-ul-Haq in Pakistan, who instrumentalized Islam in ways that were hitherto foreign to his population. As Ghattas points out, “The largest number of victims of jihadist violence are Muslims themselves within their own countries.”

Ghattas’ nuance goes further; she identifies the role of different geopolitical trends at work in the region, without apologizing for any major power. She details how the Muslim Brotherhood was initially sympathetic to the Iranian revolution and how that ideological affinity broke down, quite quickly, due to Khomeini’s support for Hafez al-Assad’s government in Syria by failing to condemn the latter’s massacre in Hama and wider crackdown in the 1980s. Nor does she try to paint a rosy picture of Saudi Arabia as she criticizes Iran, or vice versa. She applies the same incisive analysis equally to all.

That persistent commitment to critique all parties, irrespective of partisan affiliation, is clear throughout the book. Ghattas writes about Saudi attempts to propagate purist Salafism in the world, but she also talks about Iranian attempts to propagate Khomeini’s brand of Shiite extremism, which brings with it Iranian influence. It’s a balance rarely seen in treatments of the region. (Here, it might have been useful to elaborate on how a new wave of religiously-inspired geopolitics eventually evolved into the Egyptian-Emirati-Saudi axis and the Turkey-Qatar-Muslim Brotherhood nexus—but that could fill another book entirely).

Palestine Is a Victim of the Iranian-Saudi War

The two regional powerhouses are more focused on fighting each other than challenging Trump's Jerusalem decision.

Ghattas also doesn’t place the Israeli-Palestinian conflict at the center of events, as many analysts tend to do. Nor does she insist that the United States in particular or the West in general is the primary mover or shaker in the region; rather, she argues that in the postcolonial era, the region’s situation is primarily the result of choices made by those within it. That’s not letting the U.S. government off the hook; it’s ensuring that readers recognize that the peoples of the region, the good and the bad among them, are the ones who will determine its future. It’s about ensuring agency, rather than depicting locals as mindless marionettes, manipulated by puppeteers elsewhere.

Black Wave leaves the reader with a sense that the peoples of the greater Middle East can do things differently, if they are given the freedom to do so. The roots of hope for Ghattas are clear: in the stories of the people she discusses and the protagonists she chooses.

Rather than obsessively discussing al Qaeda and the Islamic State, as Western media outlets tend to do, Ghattas’s book seeks to “bring the untold story of those—and they are many—who fought and continue to fight against the intellectual and cultural darkness that slowly engulfed their countries in the decades following the fateful year of 1979,” she writes.

“They are the silenced majority, who have suffered immensely at the hands of those who are relentlessly intolerant of others, whether wielding political power or a gun.” And it is this silenced majority that wields the power to determine whether there will be a better future for their children and the generations to come. Ghattas has good reason to think positively in that regard—but you’ll have to read the book to see why.

H.A. Hellyer is a senior associate fellow at the Royal United Services Institute and the Carnegie Endowment for International Peace.

Palestine Is a Victim of the Iranian-Saudi War

The two regional powerhouses are more focused on fighting each other than challenging Trump's Jerusalem decision.