The case of fracking in Pennsylvania shows that if experts and fossil fuel industry leaders can cooperate, innovation is possible.

Solar power, wind energy, smart grids, and energy storage often command the current discourse on energy innovation. Yet none of these technologies has transformed the U.S. energy landscape to the degree of high-volume hydraulic fracturing, known as “fracking,” which is unlocking previously inaccessible crude oil and natural gas from underground reservoirs. Thanks to fracking, the 40-­year decline in U.S. domestic crude oil production has reversed, and the United States has recently become a net exporter of natural gas for the first time. 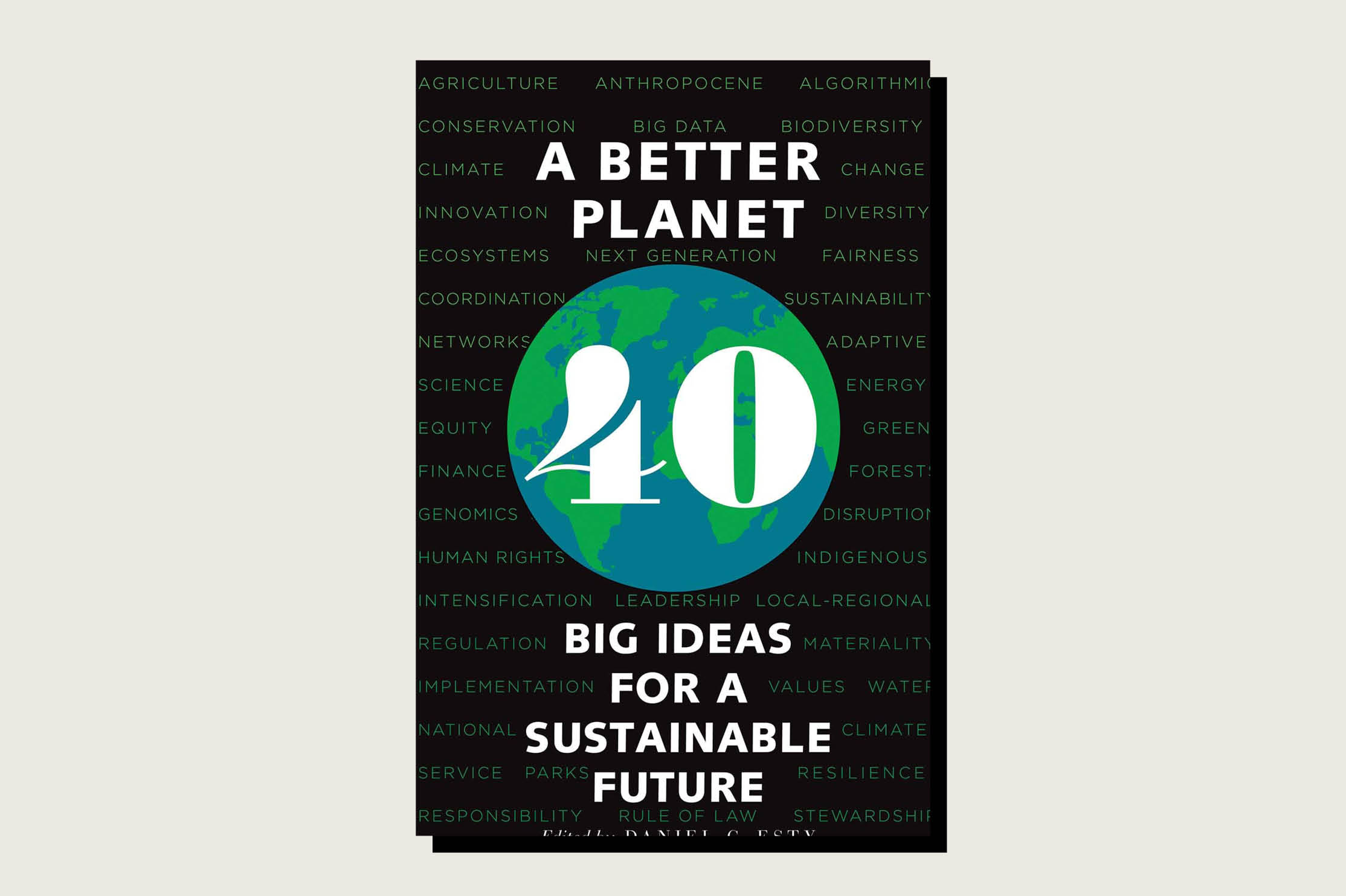 For many, this record-setting pace of oil and gas production is no cause for celebration, because it reflects a continued reliance on fossil fuels. Nevertheless, fracking has made oil and gas plentiful and cheap, making these energy resources hard to resist. Like it or not, we may depend on oil and gas—and the technologies that produce them—for the foreseeable future.

Fracking begins after a gas or oil well is drilled and involves injecting a mixture of water, sand, and chemical additives into rock. The high pressure causes the rock to fracture, providing conduits for the oil and gas to flow into the nearby wellbore. Public perceptions of fracking are shaped by controversies between an industry that has downplayed the risks of fracking and the citizens alleging that it has polluted air, contaminated drinking water, and scarred landscapes.

People within communities hosting fracking were scared, looking to experts to make sense of this issue. While experts were easy to find, definitive answers were in short supply. The deployment of fracking had raced ahead of the science needed to illuminate its potential impacts. As fracking activities evolve, uncertainties remain. We must advance a science-based approach to management of fracking activities—one that engages the fossil fuel industry, while drawing from the research of independent scientists.

The natural gas company Range Resources inaugurated Pennsylvania’s shale gas rush in 2004, targeting the Marcellus Shale, which extends from West Virginia to the southern tier of New York State. The shale gas boom revitalized many of Pennsylvania’s small towns. Still, not everyone was happy. Residents grew frustrated with the traffic to and from drilling sites, noise, bright lights, and dust. Tensions mounted between residents who held lucrative natural gas leases and those forced to endure the inconveniences without benefiting from the financial windfall. And the public was becoming increasingly concerned about its water.

Although water withdrawals for fracking were not imposing undue stress on Pennsylvania’s streams and rivers, problems arose when industry tried to put this used water back. Fracking wastewater is exceptionally salty and may contain naturally occurring radioactive materials, such as radium, in addition to various hydrocarbon compounds. Much of this wastewater was discharged into streams and rivers after processing at treatment facilities.

The treatment plants were not equipped to handle the briny wastewater. Trouble sprouted in 2008, when monitoring of the Monongahela River in southwestern Pennsylvania—a source of drinking water for 1 million people—revealed that the waterway carried elevated loads of bromide, a precursor in the formation of cancer-causing brominated disinfection byproducts. Two years later, the Pittsburgh Water and Sewer Authority observed increases in those byproducts in its drinking water, linked to the discharge of Marcellus wastewater into the Allegheny River and its tributaries. Fears of contamination from intentional discharges were compounded by uncontrolled releases of fracking fluids, drilling fluids, and wastewater from leaks at fracking sites, trucking accidents, and illegal dumping.

Spills and stream salinization were not the only problems. Methane was detected in high levels in well waters of more than a dozen households in the small town of Dimock. The homeowners blamed nearby gas wells that were drilled and fracked by Cabot Oil and Gas. While not toxic, methane is flammable, and its release into the enclosed airspace at the top of a water well can lead to an explosion. Cabot Oil and Gas eventually reached a settlement, but, as part of the settlement terms, was not required to acknowledge responsibility for the contamination.

The first scientific study published after the Dimock incident received considerable public attention. By leveraging chemical fingerprinting techniques, the scientists attributed the source of methane present in a subset of 60 well-water samples to industry activities. Although methane does occur naturally in Pennsylvania’s drinking-water aquifers, a recent analysis of environmental records revealed that 39 wells drilled into the Marcellus Shale between 2004 and 2015 allowed methane migration that impacted 108 drinking water supplies.

The problems encountered at the outset of the shale gas boom did not arise from a lack of regulation. Pennsylvania had a regulatory framework built around more than a century’s experience with conventional oil and gas extraction. Though bad actors existed, most natural gas producers did not operate with careless disregard for the environment, instituting practices to protect surface water and groundwater. But neither the state nor industry was fully prepared for the new management challenges posed by the rapid diffusion of fracking.

As awareness of the impacts grew, regulators strengthened policies intended to safeguard freshwater and human health. To address rising salinity, the state banned shipments of Marcellus wastewaters to municipal treatment plants unless the waste was pretreated to more restrictive standards. Regulations for storing and containing wastewater, drilling fluids, and fracking solutions were updated to lower the likelihood of uncontrolled releases at fracking sites. The state also issued new rules for well construction intended to reduce incidences of methane leakage.

These regulatory improvements have not put Pennsylvania in the clear. In the six years since regulations were strengthened, the state’s Department of Environmental Protection has documented more than 100 new cases of water supply contamination caused by oil and gas operations. This figure may underestimate the real extent of the problem, because settlements reached between the industry and homeowners need not be disclosed. To compound these present dangers, new threats to freshwater quality and supply may emerge as infrastructure ages and as industry practices evolve to minimize costs and maximize fossil fuel recovery.

Pennsylvania’s experience suggests that the challenge of safeguarding freshwater resources from fracking will persist as long as fossil fuels continue to be pulled from the ground. Meeting this challenge in a sustained way requires management and policy approaches that better leverage data and science in decision-making.

While most of the risks posed to freshwater resources by fracking-related activities have been identified, they have defied quantification. The efficacy of policies that aim to prevent contamination have not been thoroughly tested. Management in the midst of this uncertainty should be adaptive—a scientific way of learning while doing. Adaptive management begins by identifying actions or interventions that might solve a defined problem, followed by monitoring the outcomes of those interventions, and then making adjustments to resolve any inadequacies. For adaptive management to work, industry must engage with managers and scientists from the environmental community. The track record for this type of collaboration is not especially strong, but there are encouraging signs and reasons for hope.

The nature of interactions between the fossil fuel industry and environmental scientists typically ranges from disregardful to hostile. Environmental scientists have focused on the effects of unconventional oil and gas development on water and air quality, with studies that show adverse effects gaining widespread attention and industry scorn. The industry has tried to discredit these studies, inviting criticism that they are more invested in covering up problems than addressing them.

Though rare, cooperative arrangements with industry enabling scientific assessment of fracking impacts have been forged. For example, a consortium of companies has engaged with universities coordinated largely by the Environmental Defense Fund to assess atmospheric methane emissions from oil and gas operations. I lead a team of researchers at Yale University that has leveraged a collaboration with industry to explore the potential groundwater impacts of shale gas development in Pennsylvania. A formal agreement with Southwestern Energy gave Yale researchers the schedules and locations of gas well projects for the company’s Marcellus acreage. With this information, our team installed groundwater monitoring wells immediately adjacent to gas wells and measured changes in water quality over two years as several gas wells were drilled, fracked, and brought into production.

The Yale-Southwestern Energy study is a proof of concept, demonstrating that collaborative, scientific analysis of freshwater impacts of fracking-related activities is feasible. It serves as a template that must be replicated with production companies that operate in different regions and that employ a variety of practices and methodologies. Coordination of this science is critical so that outcomes from different studies can be compared, adaptive management can proceed, and knowledge can be exchanged with policymakers. An advisory board, chaired by a delegate from the host state’s department of environmental protection and composed of industry members, as well as qualified scientists, could manage the process.

Someone must pay for this science, of course. The Yale-Southwestern Energy study cost just over $500,000—which may seem expensive but is less than one-fourth of the cost incurred to put one Marcellus well into production. Companies may elect to pay for these studies, recognizing that the investment helps build trust within local communities and contributes to science-based regulation that may be less burdensome to them. State taxes on oil and gas extraction could also pay for the science. Consider that just 1 percent of Pennsylvania’s 2018 natural gas impact fee would pay for the first year of eight studies like the one led by Yale. In such cases, funding agreements must be structured to maintain the integrity of the scientific process. Our own experience indicates that it is possible to establish agreement on terms that ensure scientific analyses can proceed without industry interference and that place no restrictions on the dissemination of findings.

More science is essential, but alone it is not enough to guarantee clean drinking water in areas with fracking or determine how and where unconventional oil and gas development should proceed. Policymaking institutions must listen and be responsive to new science. Policymakers must also make resources available to ensure that policies are adequately enforced. And we must make a faithful accounting of fracking costs and benefits that reflects our best knowledge.

Although science is only part of the solution, its proper role in the management of unconventional oil and gas development is to lead the way by providing decision-makers with credible information on environmental impacts and innovative approaches for addressing them. When environmental policy builds on careful science, rigorously analyzed data, and solid facts—pursued without fear of upsetting interested parties or overturning prevailing wisdom—innovative solutions often emerge.

Markets might get jittery as bids by Biden, Sanders, and Warren to restrict fossil fuels move a bit closer to reality.

Hydropower may be the future of Canadian power, but it won’t bring the environmental benefits many proponents tout.

James Saiers is the Clifton R. Musser Professor of Hydrology at the Yale School of Forestry and Environmental Studies, where he studies water quality and supply.

Markets might get jittery as bids by Biden, Sanders, and Warren to restrict fossil fuels move a bit closer to reality.

Hydropower may be the future of Canadian power, but it won’t bring the environmental benefits many proponents tout.