The FP Guide to Staying In During a Pandemic

What we’re reading, watching, playing, and listening to as we muddle through social distancing.

Millions of people around the world are now spending significantly more time at home, doing their part to halt the spread of the coronavirus. The staff of Foreign Policy are among them. Here’s a quick guide to what we’re doing to help pass the time—besides, of course, binge-watching the latest seasons of such popular shows as Better Call Saul, Westworld, and Grace and Frankie.

Millions of people around the world are now spending significantly more time at home, doing their part to halt the spread of the coronavirus. The staff of Foreign Policy are among them. Here’s a quick guide to what we’re doing to help pass the time—besides, of course, binge-watching the latest seasons of such popular shows as Better Call Saul, Westworld, and Grace and Frankie. 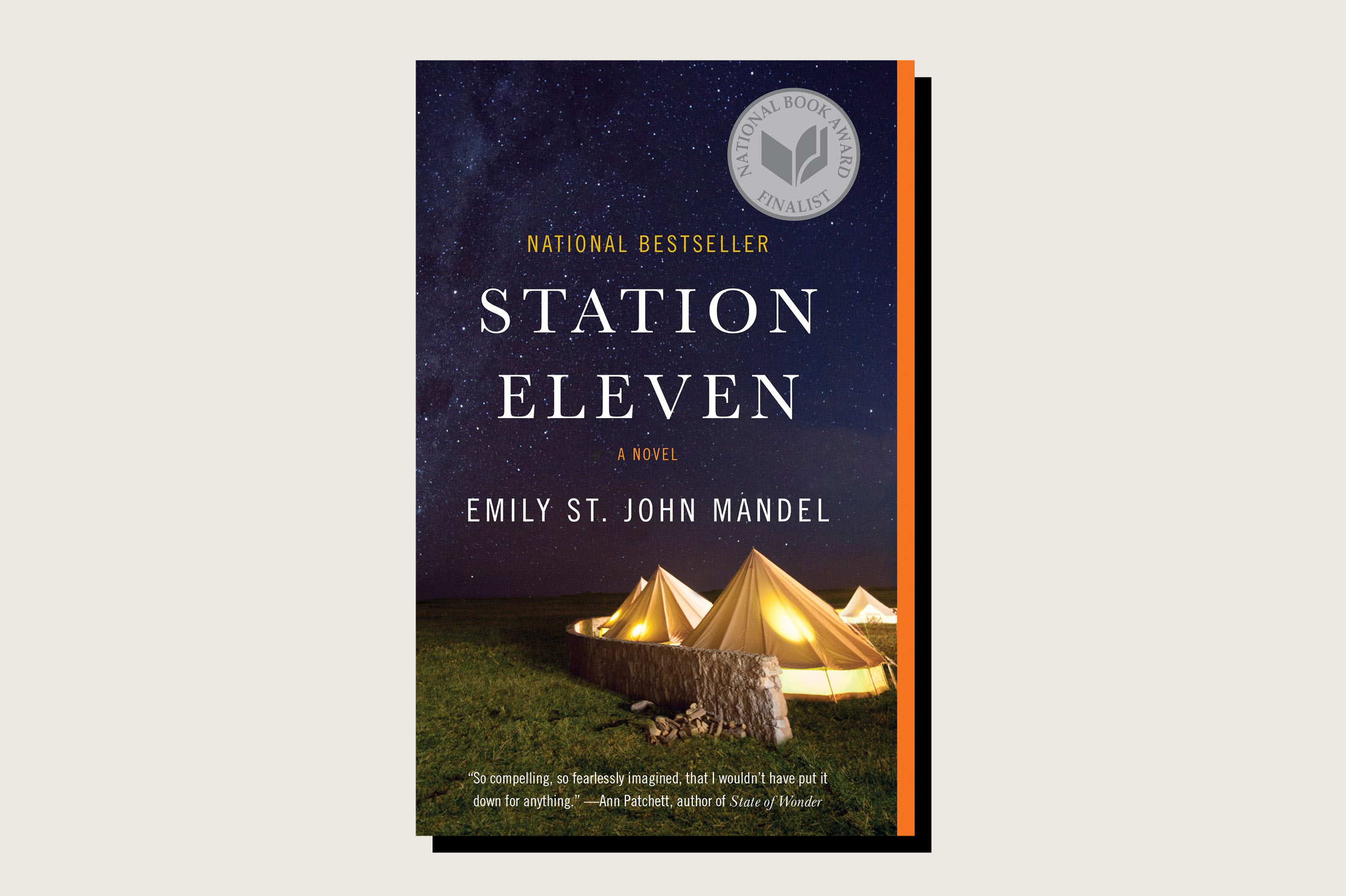 Feeling a little sorry for yourself over being isolated at home? The best cure might be to consider what a really bad pandemic looks like. Pick up Emily St. John Mandel’s 2014 dystopian novel, Station Eleven, a beautifully written rumination on what happens when a pandemic kills off 99 percent of the human race in only a few weeks—and, device by device, civilization winks out. If this coronavirus thing does keep going for months, after finishing Mandel, you might want to turn to Stephen King’s 1,439-page doorstop of a novel The Stand, another story about a terrible pandemic originally published in 1978 but updated in 1990. More prosaically written but more horrifying than Station Eleven, The Stand was made into a 1994 television miniseries but will no doubt be coming again to a theater near you once the pandemic passes. —Michael Hirsh 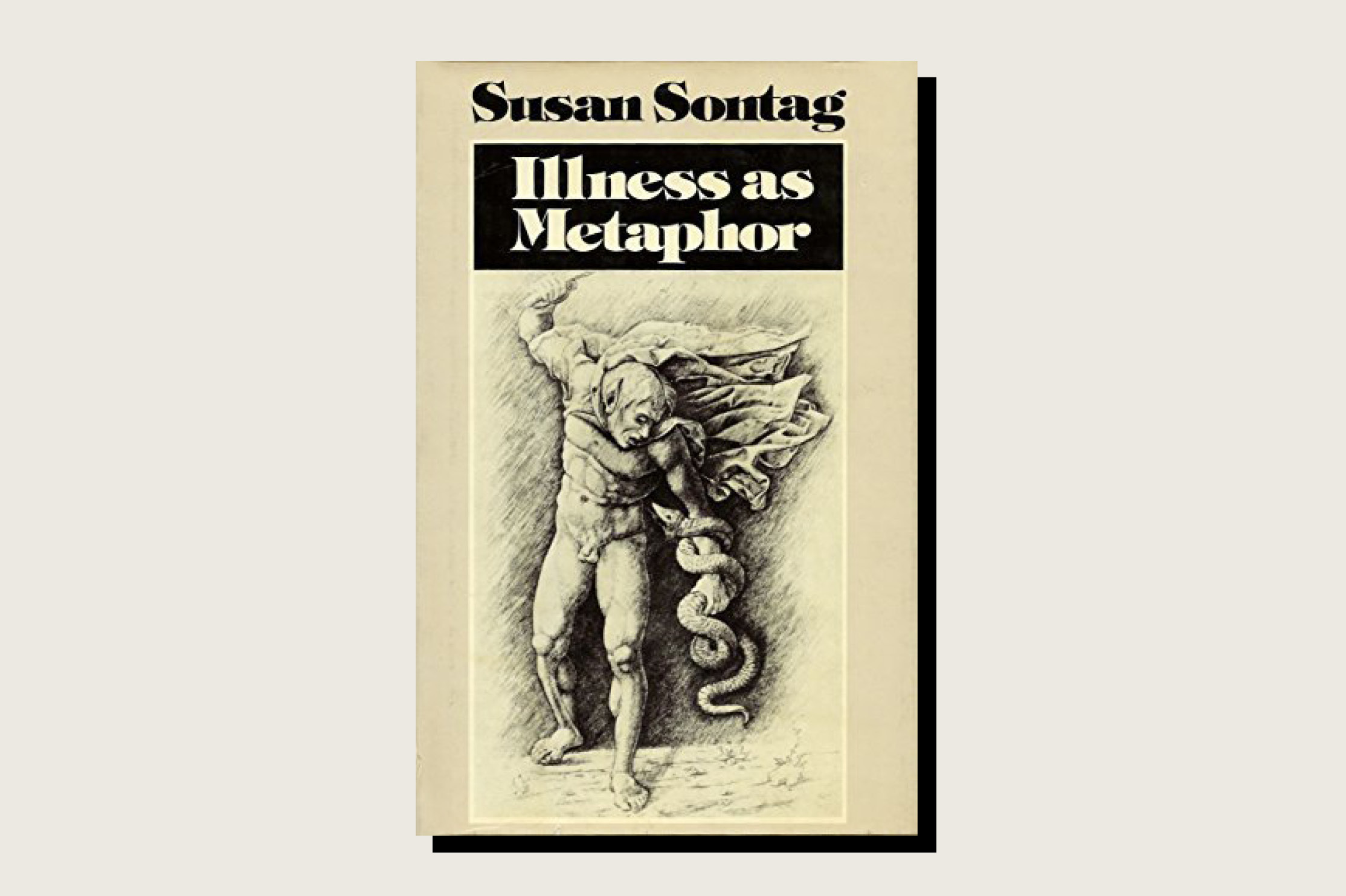 As U.S. President Donald Trump and his allies insist on describing the coronavirus as the “Chinese virus,” it’s worth revisiting Illness as Metaphor, the 1978 treatise by Susan Sontag in which she challenged the myths and metaphors that have been ascribed to certain diseases over the years. “Nothing is more punitive than to give a disease a meaning—that meaning being invariably a moralistic one,” she wrote. —Amy Mackinnon 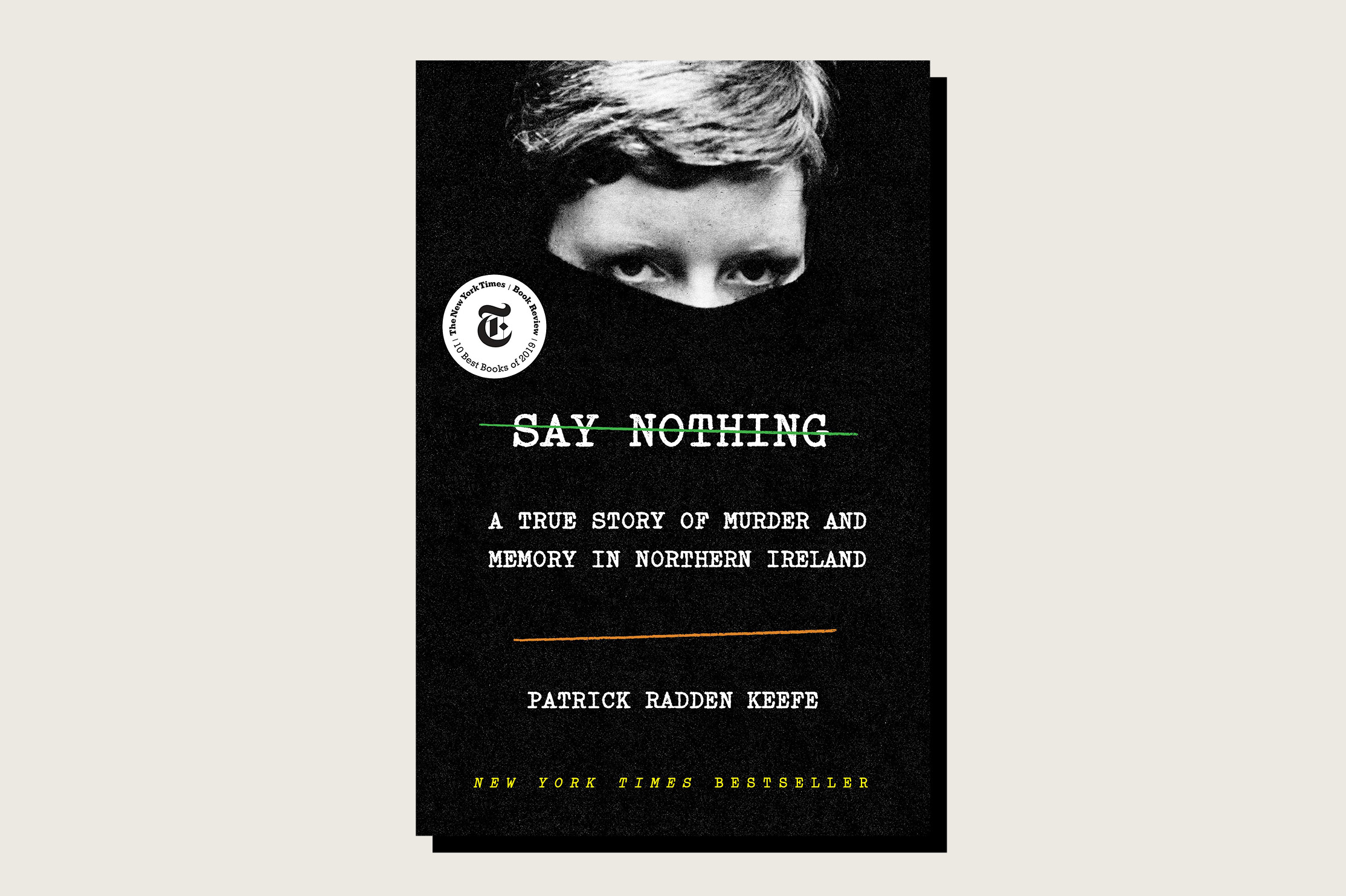 Say Nothing by Patrick Radden Keefe takes a deep dive into the 1972 murder of Jean McConville, a widowed mother of 10 who was abducted from her flat in Northern Ireland by Irish Republican Army (IRA) terrorists after being accused of passing information to the British army. With several former members of the IRA now in positions of power in both Northern Ireland and Ireland, the events described in this novel have international significance. —Dan Haverty 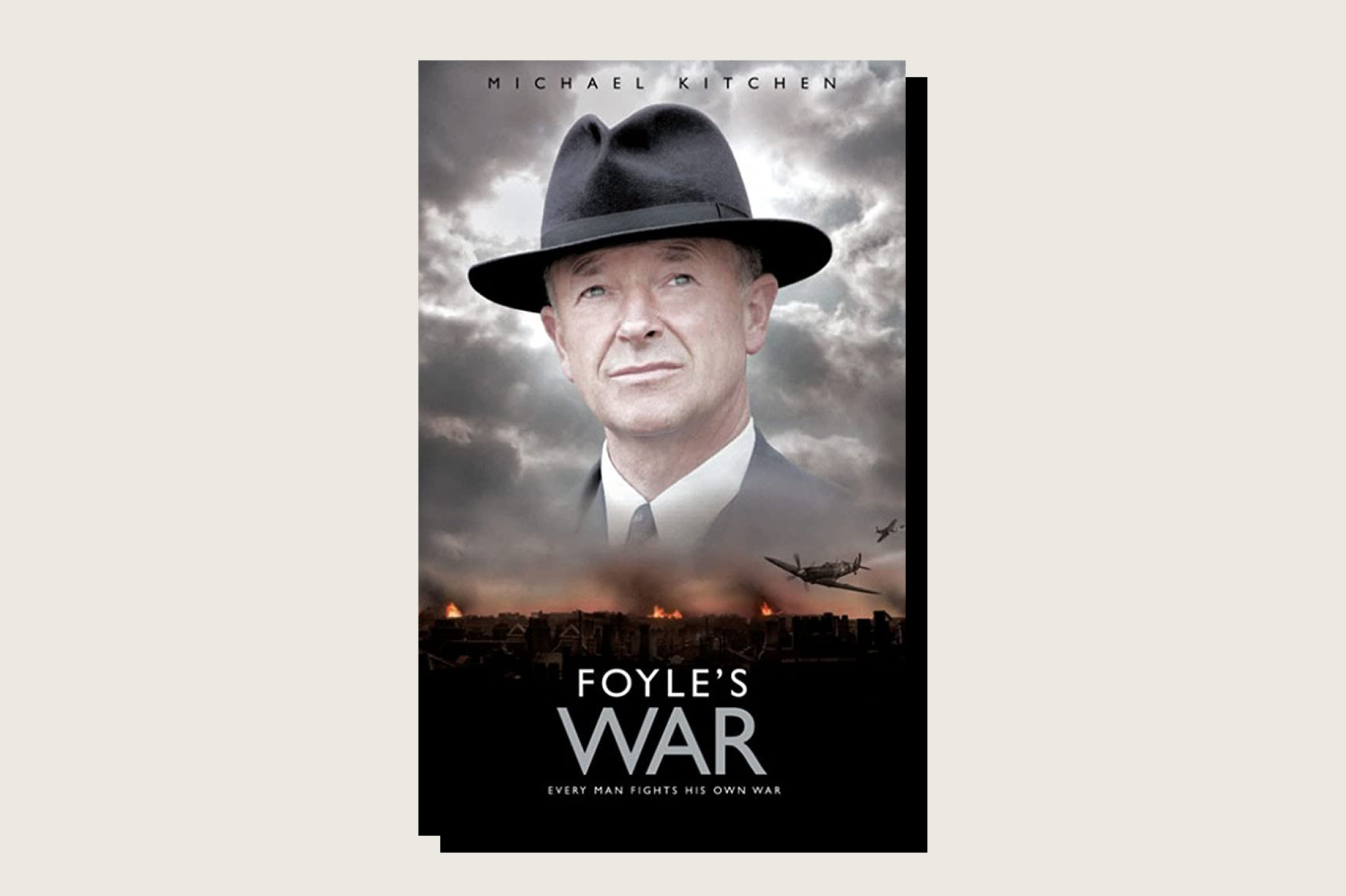 As we process a world of “social distancing,” fear, and scarcity, some perspective is never a bad thing. Foyle’s War is a British TV drama that first aired in 2002 and looks back at World War II from the vantage point of the residents of Hastings in Sussex, England. Amid the chaos and uncertainty of the war effort, Detective Chief Superintendent Christopher Foyle—played masterfully by Michael Kitchen—takes on rather more mundane cases at home: profiteering, petty crime, and sometimes murder. The long-running series, which concluded in 2015 and is available for streaming on multiple platforms, tells the story of how regular small-town life can be upended by big, global developments, rather like the times we’re living in right now. And just as crises throw up criminals, they also provide an opportunity for acts of humanity, courage, and leadership. Foyle and his contemporaries are reassuring to watch. They got through it then, and there’s no reason why we can’t now. —Ravi Agrawal 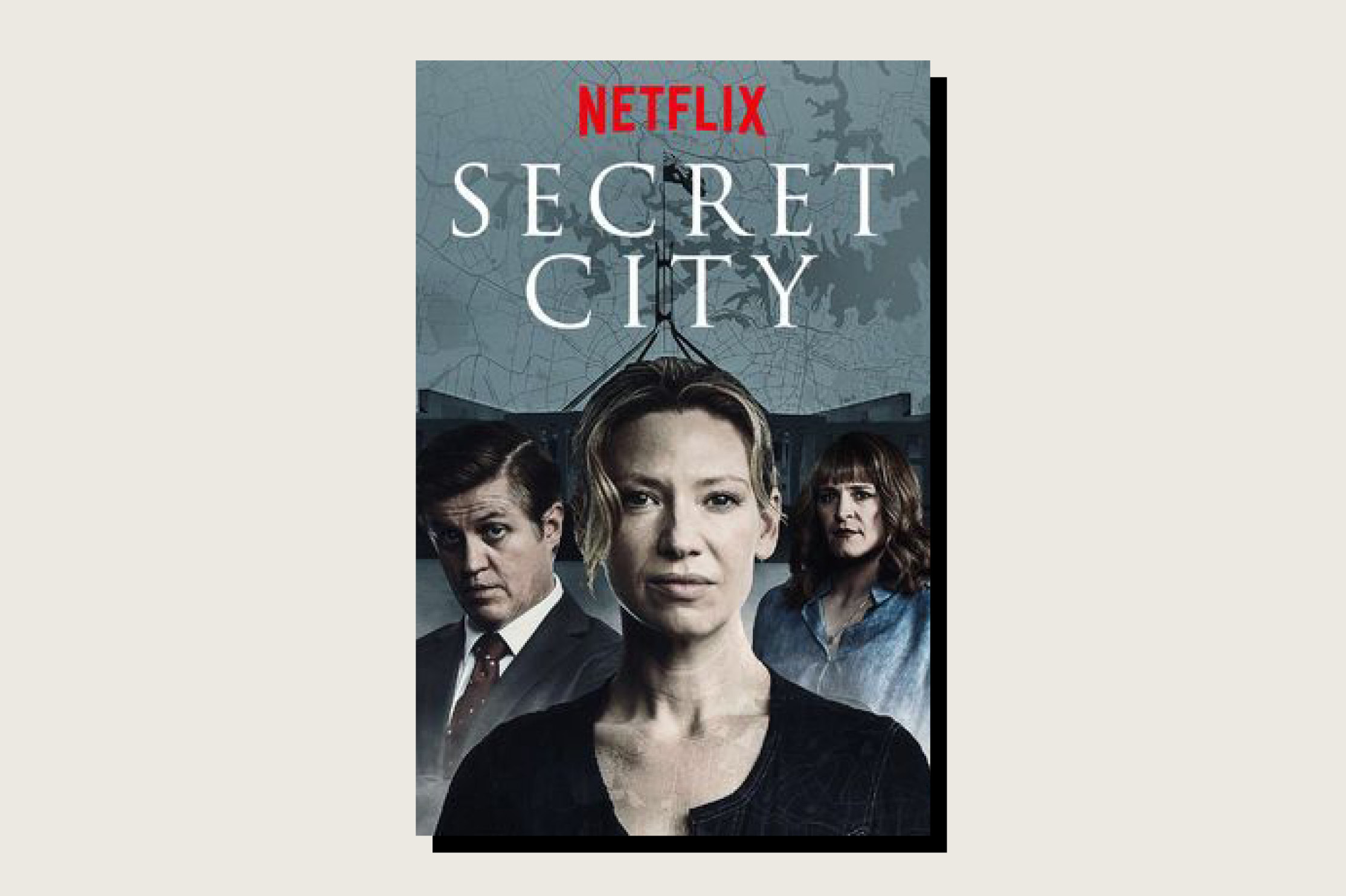 Secret City is an addictive, slow-burning Australian political thriller about China’s growing influence in Australian politics and security services. The Netflix series is hard not to binge, especially as the world debates China’s superpower status coming out of this pandemic. —Robbie Gramer 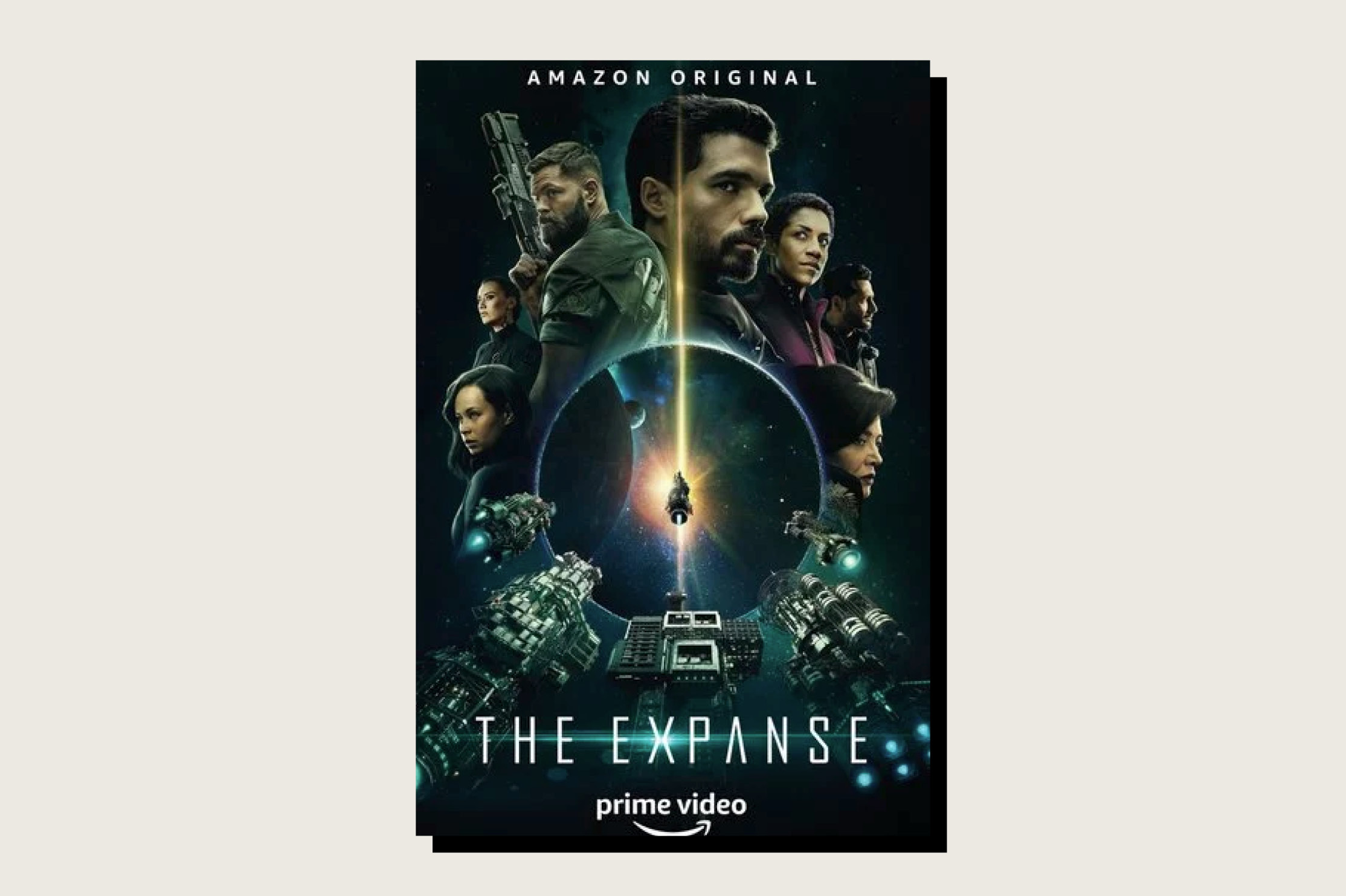 This is both an incredible book series and a great TV series on Amazon. It’s an action-packed sci-fi series that weaves in enough grand strategy and political intrigue to keep most foreign policy wonks engaged, even those who might not be sci-fi fans. (Think Game of Thrones meets Firefly … in space, of course.) I recommend reading the books before watching the series. Book One is called Leviathan Wakes. —Robbie Gramer 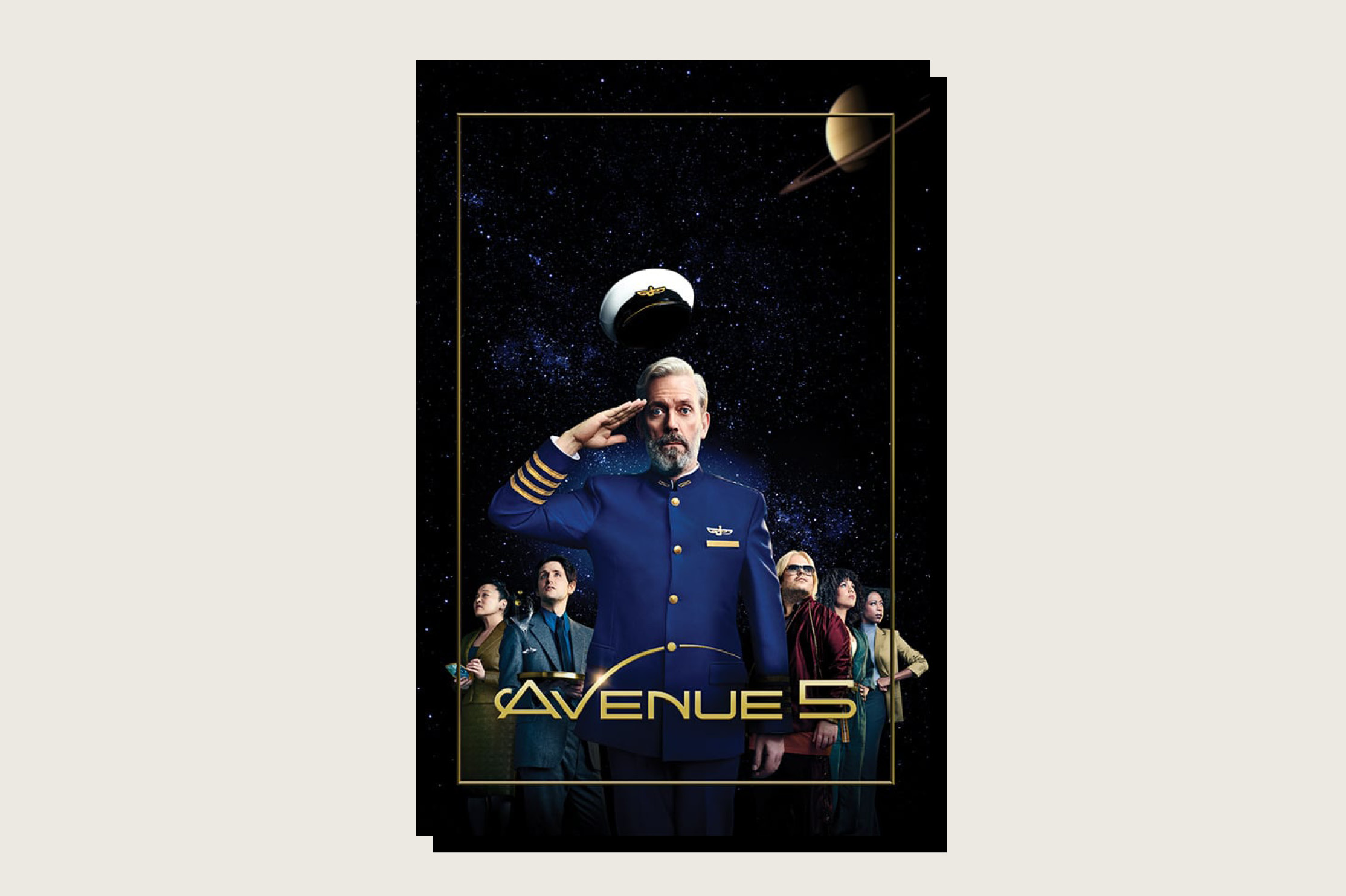 Veep satirist Armando Iannucci’s tale of disaster upon a space yacht, Avenue 5—an HBO series—starts a little clumsily but rapidly evolves into a bleakly hilarious tale of incompetence amid the stars. Hugh Laurie is the captain you never wanted, an actor hired to play a role who is forced into the responsibilities of actual command as he tries to keep the crew and passengers together. —James Palmer

With many parents now home-schooling their children, this video of an irate Israeli mother struggling to keep up with her children’s new distance-learning routine has gone viral in Israel. “I have four children. … Imagine how many WhatsApps, how many teachers for each child, how many subjects per child,” she says on Day Two of the quarantine. “If we don’t die of corona, we’ll die of distance learning.” —Dan Ephron 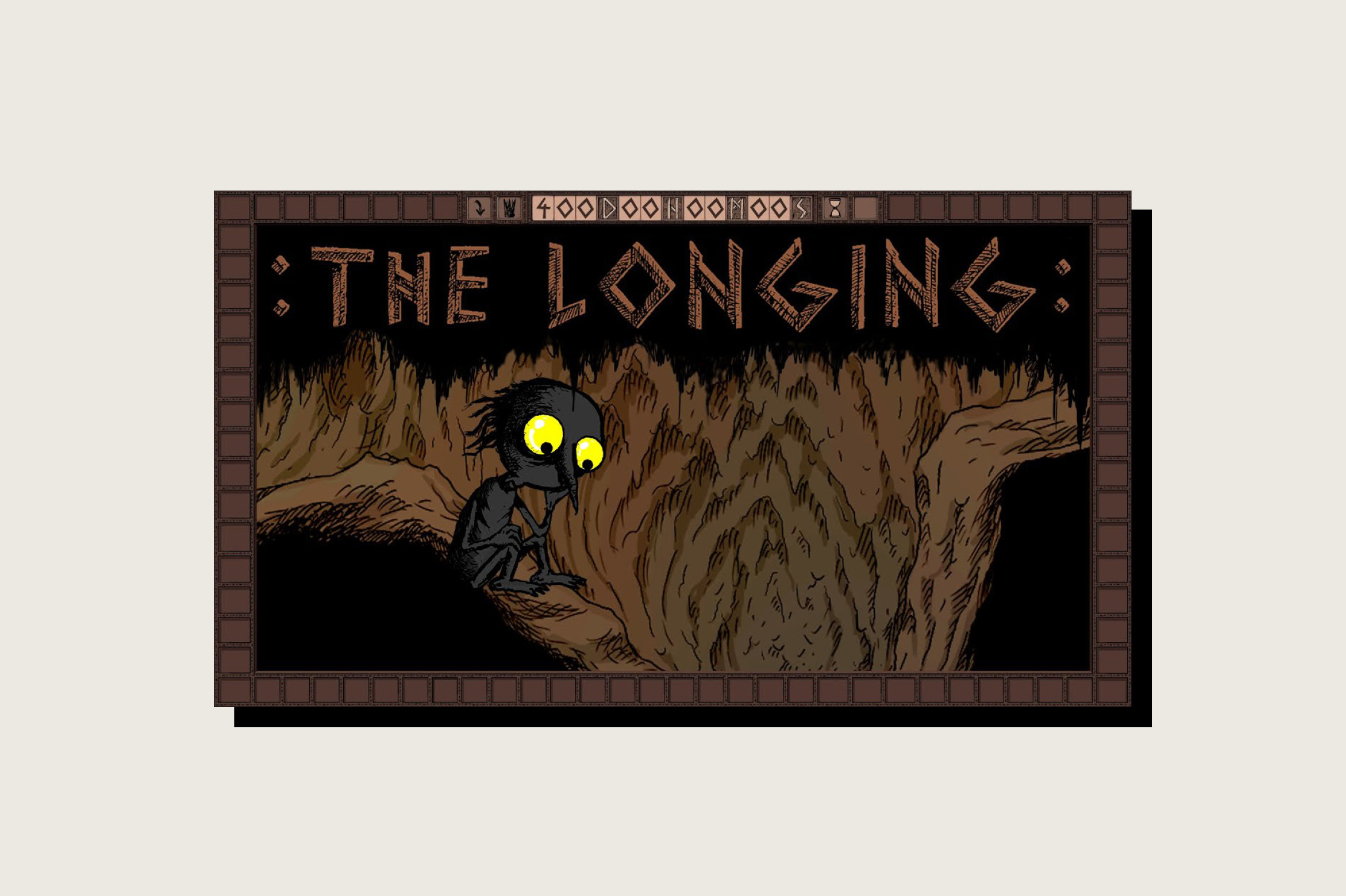 A video game almost perfectly designed for our current moment, The Longing features a lonely servant stuck by himself in a giant cave as he waits for a mythological king to awaken. The game plays out in real time over 400 days and is designed to be dipped into between other things, as you dispatch the protagonist on slow explorations of the caves or attempt to solve time-based puzzles. With luck, we’ll be released from our own confinement before the servant is freed sometime next summer. —James Palmer 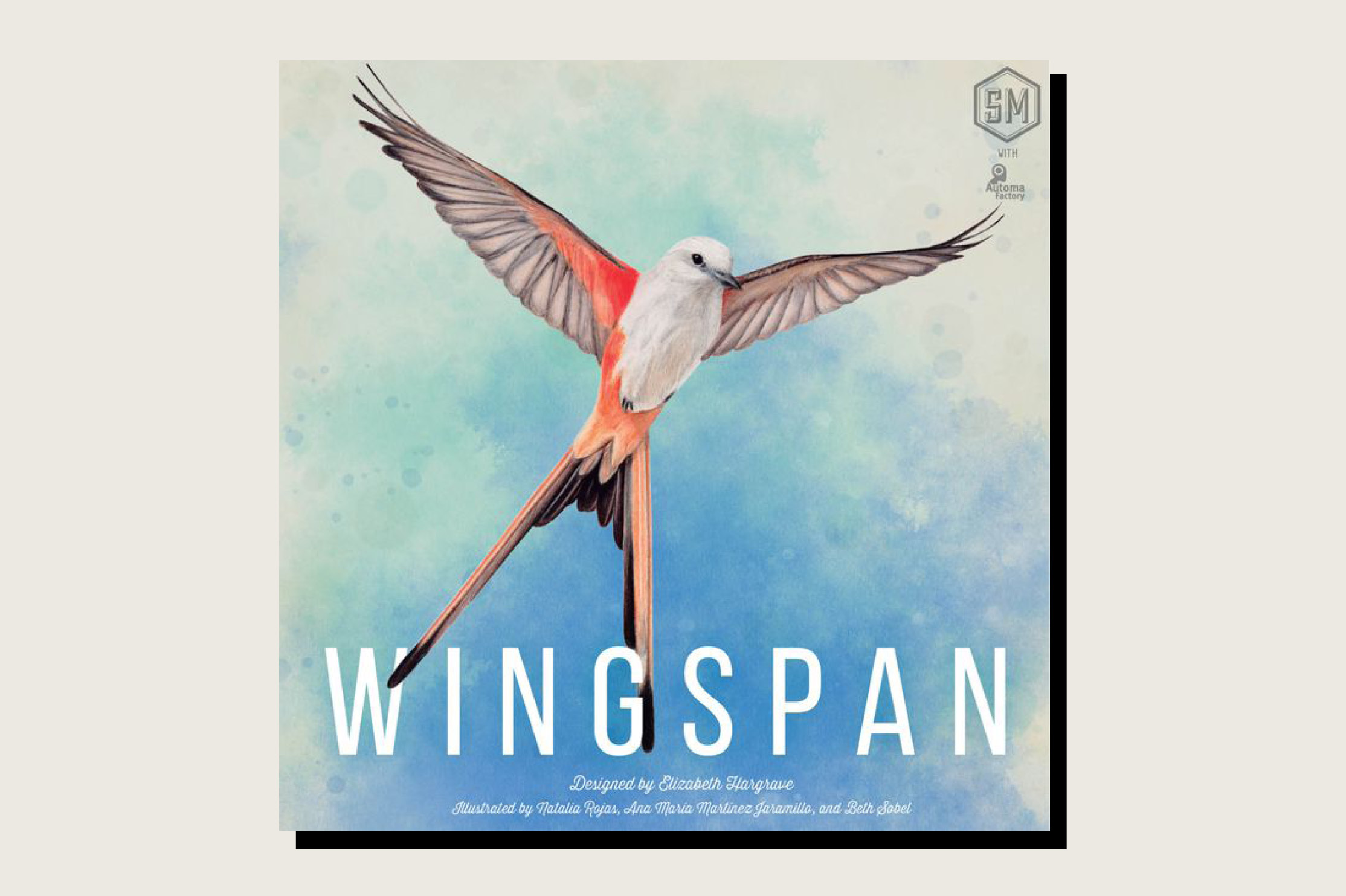 For a breath of fresh air if you’re trapped inside, I’d recommend the board game Wingspan, in which you play an ornithologist trying to amass the best bird collection. It’s beautifully designed and illustrated, and organizing your colorful birds and egg tokens can provide a comforting sense of control in these uncertain times. The one-to-five-player game can expand or contract to suit however many people you’re cooped up with. —Nina Goldman 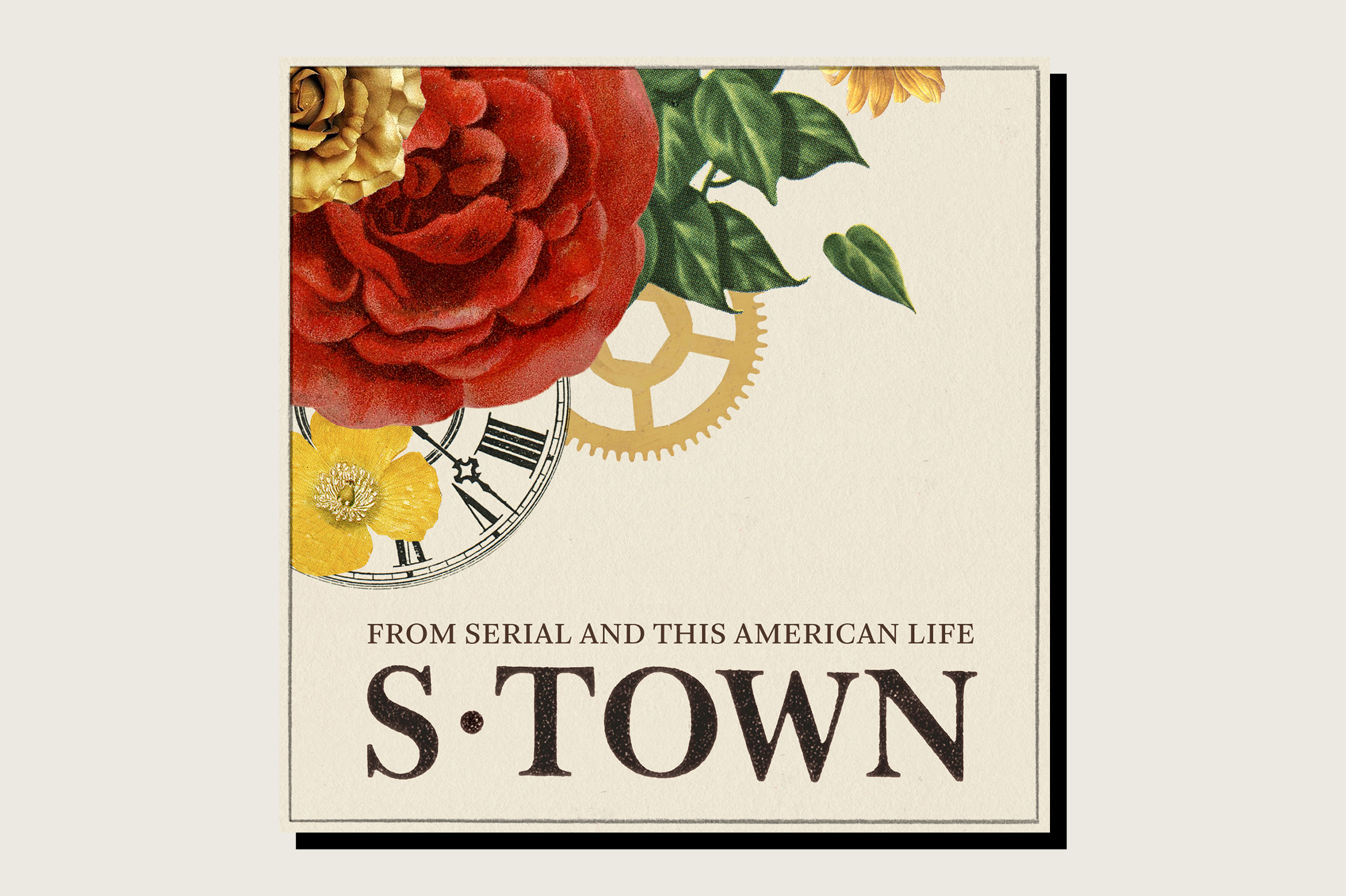 If you were living under a rock in 2017 and missed the series when it first came out, now is the time to catch up on S-Town, a stunning seven-part podcast series created by the producers of Serial and This American Life. This beautifully told, moving series takes you deep into the life and times of John B McLemore, a loquacious, eccentric, troubled, liberal, kind-hearted, hoarder horologist living in a small town in Alabama. —Amy Mackinnon 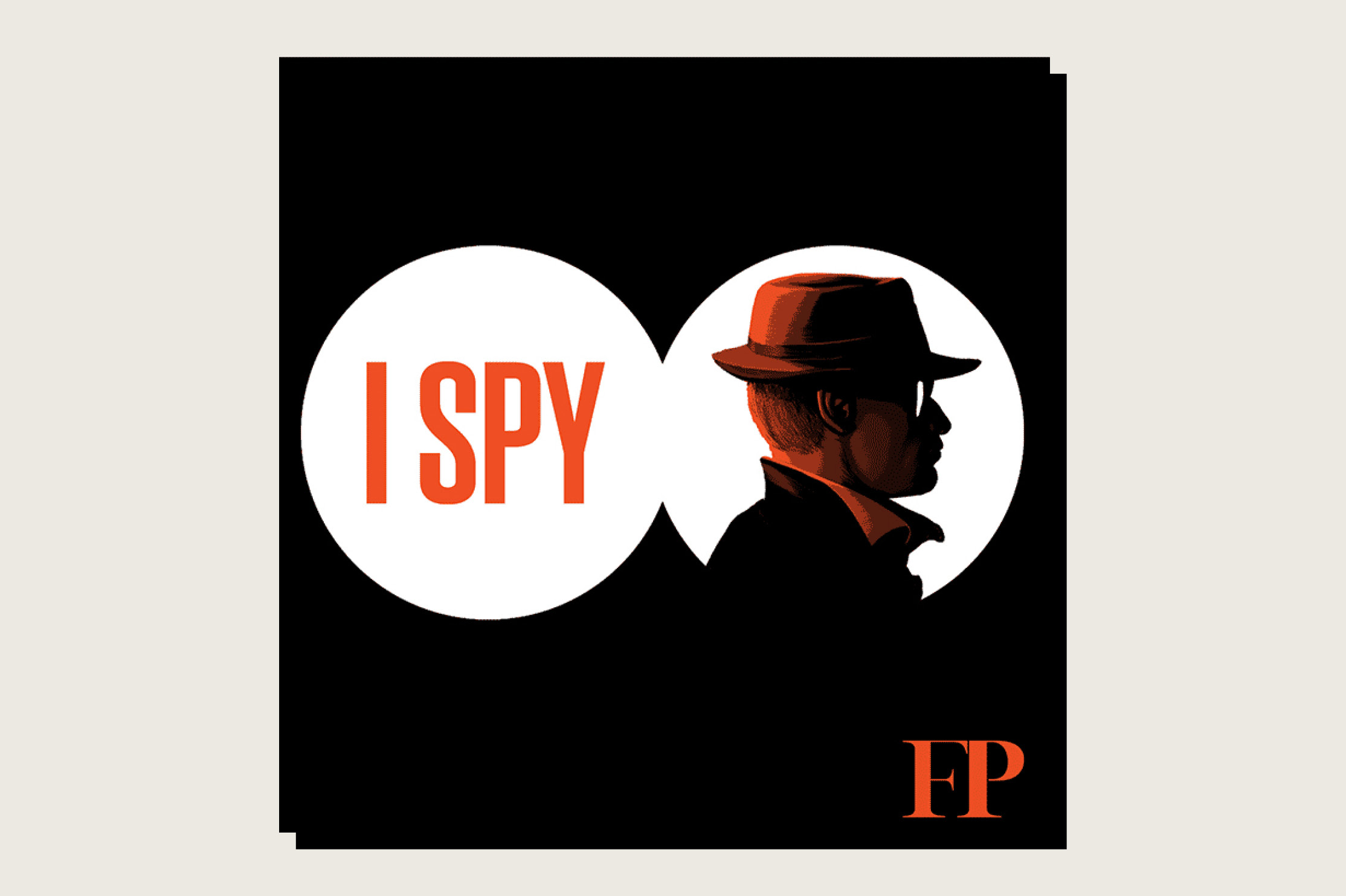 As countries around the world close their borders to stem the pandemic, escape in your mind with Foreign Policy’s podcast series I Spy. Hosted by the award-winning actress Margo Martindale, each episode features one former spy telling the story of one operation. Hear from a KGB sleeper agent, undercover operatives, and masters of disguise. —Amy Mackinnon

Politicians won’t admit it yet, but it’s time to prepare—physically and psychologically—for a sudden stop to all life outside your home.

Life Under Lockdown: Here’s a Glimpse of What’s Coming for You, America

NEW FOR SUBSCRIBERS: Want to read more on this topic or region? Click + to receive email alerts when new stories are published on Pandemics

Russian Exiles Struggle to Form a United Opposition to Putin

Post-apartheid South Africa remains steeped in the “rainbow nation” ideals of reconciliation and forgiveness—but it has never truly reckoned with accountability.