HERAT, Afghanistan—Abdul Qayum Rahimi has fought the Soviets and the Taliban, but he says the enemy he fears most is yet to come and is not armed with bombs or bullets.

Over the past weeks, hundreds of thousands of Afghans have crossed back into their home country from Iran, which is one of the countries worst afflicted with the novel coronavirus, with tens of thousands of cases documented so far. So far at least 50 people have tested positive for the coronavirus in the province Rahimi governs, Herat, more than half of the country’s 74 confirmed cases, but numbers are largely unreliable, as few have been tested and laboratory facilities have so far only been available in the capital Kabul.

Sitting under a shady tree in his garden, where spring flowers are budding and birds are chirping, Rahimi, a tall man wearing a traditional light-colored tunic and dark rimmed sunglasses, admitted that beyond the brick walls surrounding his peaceful residence lay the biggest battle he’s yet faced.

“This,” he said, “Is the most stressful time of my life. It’s our biggest enemy yet. Afghanistan wasn’t ready for this kind of challenge.”

In some ways the new threat couldn’t come at a worse time, with peace talks between the Taliban and Afghan government stalemated and U.S. attention focused elsewhere—back home on its own dire coronavirus outbreak rather than forcing the two sides to talk. U.S. Secretary of State Mike Pompeo visited Kabul on Monday but left frustrated, threatening to cut off up to $2 billion in U.S. aid to Afghanistan unless President Ashraf Ghani and his chief political rival, Abdullah Abdullah, resolve their differences over the recent national election, which both claim to have won. Pompeo said the U.S. “deeply regrets” that Ghani and Abdullah “have been unable to agree on an inclusive government that can meet the challenges of governance, peace, and security, and provide for the health and welfare of Afghan citizens.” 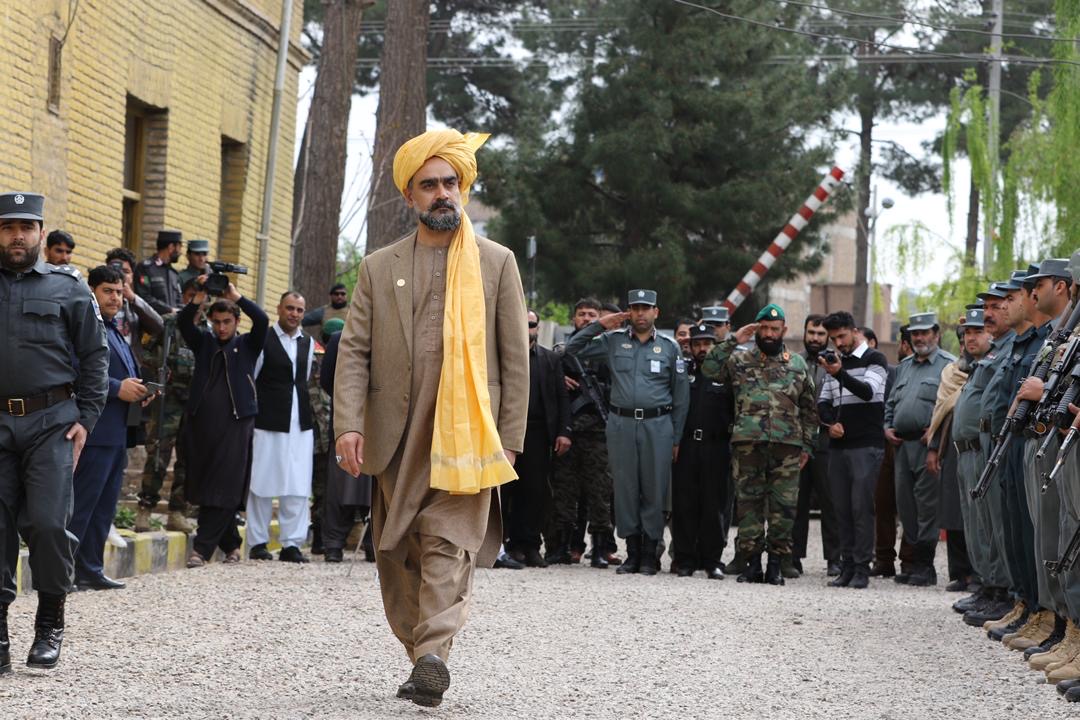 The combination of the coronavirus and political instability scares Rahimi, who said it was easier to fight the Taliban, because you see and know their weapons. “Our new enemy approaches invisibly, and that puts enormous pressure on us all. It’s a mental burden. This is a test for Afghans to stand together as a nation, not a time for politicians to fight,” he said.

The debate extends to the capital of Kabul. Alimi Sahib, a project manager at the central public health laboratory in Kabul, has been pushing for weeks for more testing facilities. “We need to decentralize to regional level, especially since test results take between four to six hours,” he said in a recent interview.

For now, Rahimi, who has about 400 staff members both in the city and the districts, has worked on ramping up health production. He said Herat is due to receive its own coronavirus testing lab.

“I’ve ordered our city’s factories to produce health kits, soap and alcohol-based sanitizers. We’re also building a new, 100-bed hospital to treat coronavirus patients, due to be up and running in less than two weeks,” he said. “We are not going to stop working hard.”

A former mujahideen fighter-turned-businessman, the 47-year-old Rahimi worked as an aid worker under Taliban rule, later joining the government when Ghani took up the presidency in 2014. He’s been in Herat, a province bordering his birthplace of Farah province, for the past 16 months. In that time, he’s made it a point to battle Taliban militants, keeping his province largely safe and working on expanding its culture and tourism sector. 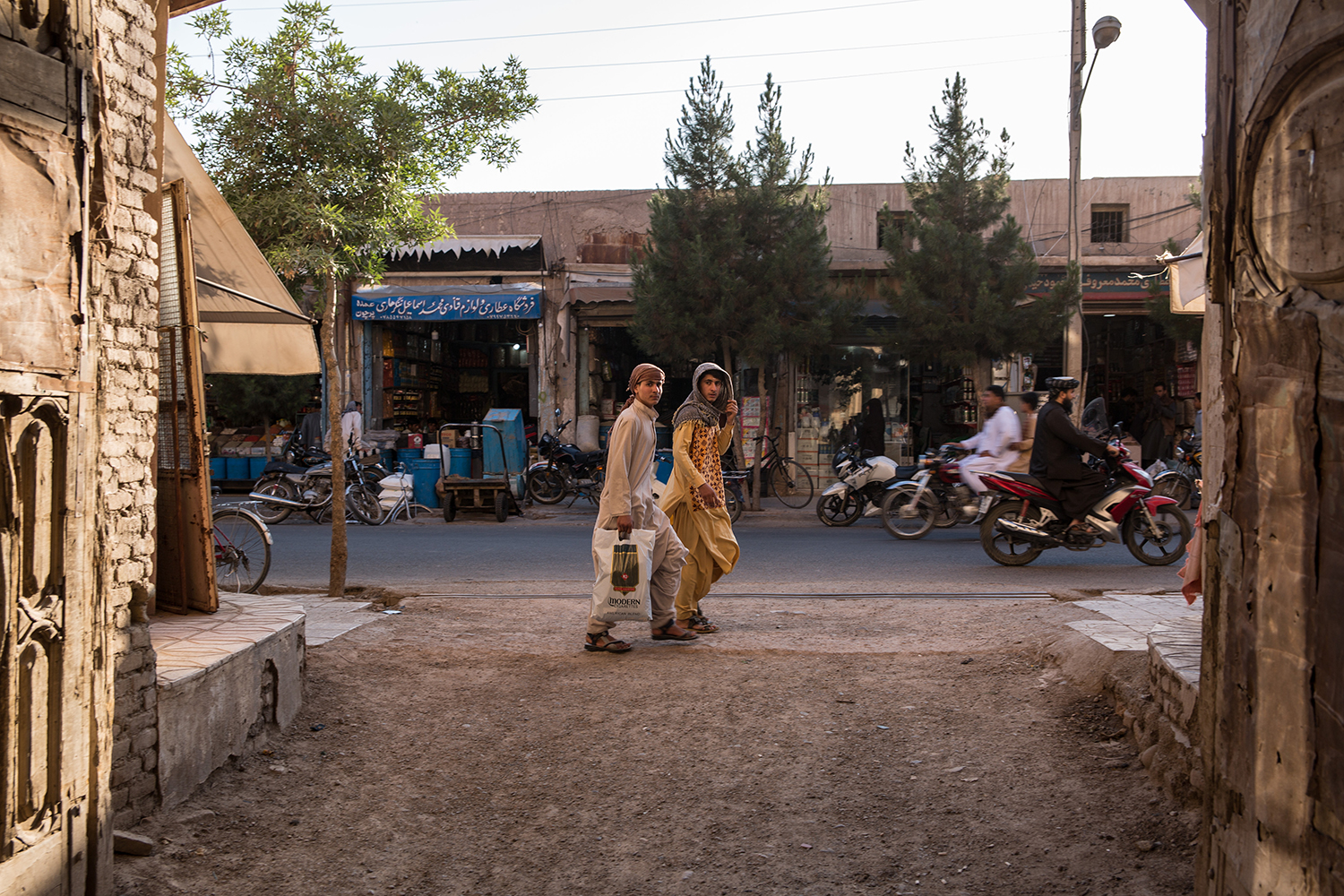 The ancient city of Herat is home to about 1 million people, according to the governor’s office. Located in northwest Afghanistan, it is the country’s third-biggest city, surrounded by lush gardens where families picnic on weekends. The country’s Ministry of Public Health has urged the government to put the city under lockdown, but no presidential order has so far been given for this.

So far, life in Herat has largely continued as usual, with people going about their business and taking little precaution, but worries are growing. Many wear masks and gloves, but people continue to interact with each other. Many fear the coronavirus, but they also fear setting foot in Afghanistan’s hospitals, because health care is so bad—so the actual number of cases in the country is very likely much higher than the official number.

Last week, 38 patients put in quarantine—including several who had tested positive for the virus—fled a hospital in Herat. The Ministry of Public Health spokesperson Wahidullah Mayar said that he wanted “the same lockdown in Herat as in other cities in the world,” adding that “this is very important.”

The political future of the impoverished country has been in limbo, even with the United States and the Taliban signing a peace deal on Feb. 29. Election results that saw Ghani take office for a second time were disputed by his rival Abdullah, who also claimed the presidency. Direct negotiations between the Taliban and the Afghan government have been postponed, largely over arguments of the release of 5,000 Taliban prisoners.

While the majority of Herat province—home to approximately 4 million people—is under government control, the province has several contested districts, and Rahimi said that so far he had seen little cooperation from the Taliban. “I told them that now is the time for a cease-fire, it’s time for all Afghans to stick together,” he said, his voice frustrated. “It’s a test for all of us to come together as one nation.” While not agreeing to put down their weapons, the Taliban have pledged safe passage for health care workers throughout Afghanistan. Taliban spokesperson Suhail Shaheen said that the group “assures all international health organizations and WHO of its readiness to cooperate and coordinate with them in combating the coronavirus.”

Before the coronavirus outbreak in Iran, about 500 to 600 Afghans were returning every day from the neighboring country, a number that has now increased to a daily average of 14,000, many of them migrant workers who were forced to return by the Iranian government. Returnees have complained that Afghans with coronavirus symptoms had been denied health services in Iran, which increasingly worried many and promoted a return. Deportations from Afghanistan’s neighbor have likewise increased due to the outbreak. 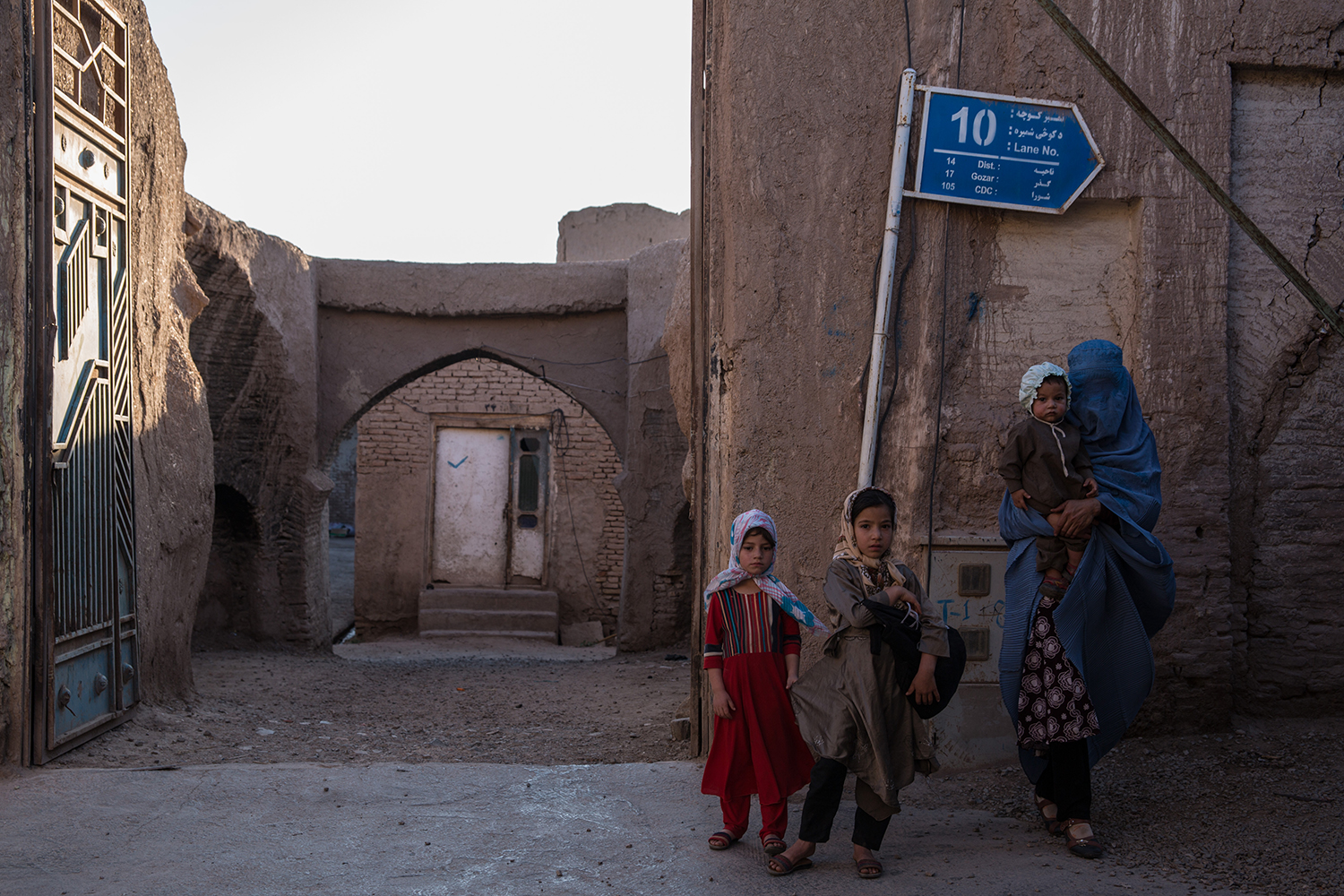 A family in Herat City on June 19, 2019.Stefanie Glinski for Foreign Policy

“Both returnees and internally displaced people will be the most vulnerable populations when it comes to contracting the virus. Hygiene in many of the overcrowded settlements is low, and many can neither afford food nor health care,” Rahimi said.

Rahimi grew up in Iran himself—his family fled the Soviet invasion—but later moved to Pakistan to finish his studies and then returned to Afghanistan to take up the fight against the Russians. Growing up away from his home wasn’t easy, he said.

The father of five—his two oldest girls currently live in Herat with him, while the rest of the family stays outside of Afghanistan—has found ways to relax and stick to a routine even in such difficult times. He starts his day with a glass of juice and exercise, and he makes it a point to find a healthy balance between his demanding job and his time away from the office.

“I love working in the garden and tending to the flowers,” he said. “It’s also an excellent spot to read or watch documentaries.”

Rahimi said that he didn’t want to choose between fighting the Taliban or fighting the coronavirus. “Whatever is harming my people I will fight; I don’t have a choice,” he said, adding that Herat was facing increasingly difficult times and measures had already been taken to cancel large events and gatherings. Yet the pressure rests on his shoulders. “At the end of it, I hope we will come out of it stronger,” he said. “It’s a tough battle, but I continue to see a bright future for Herat.”